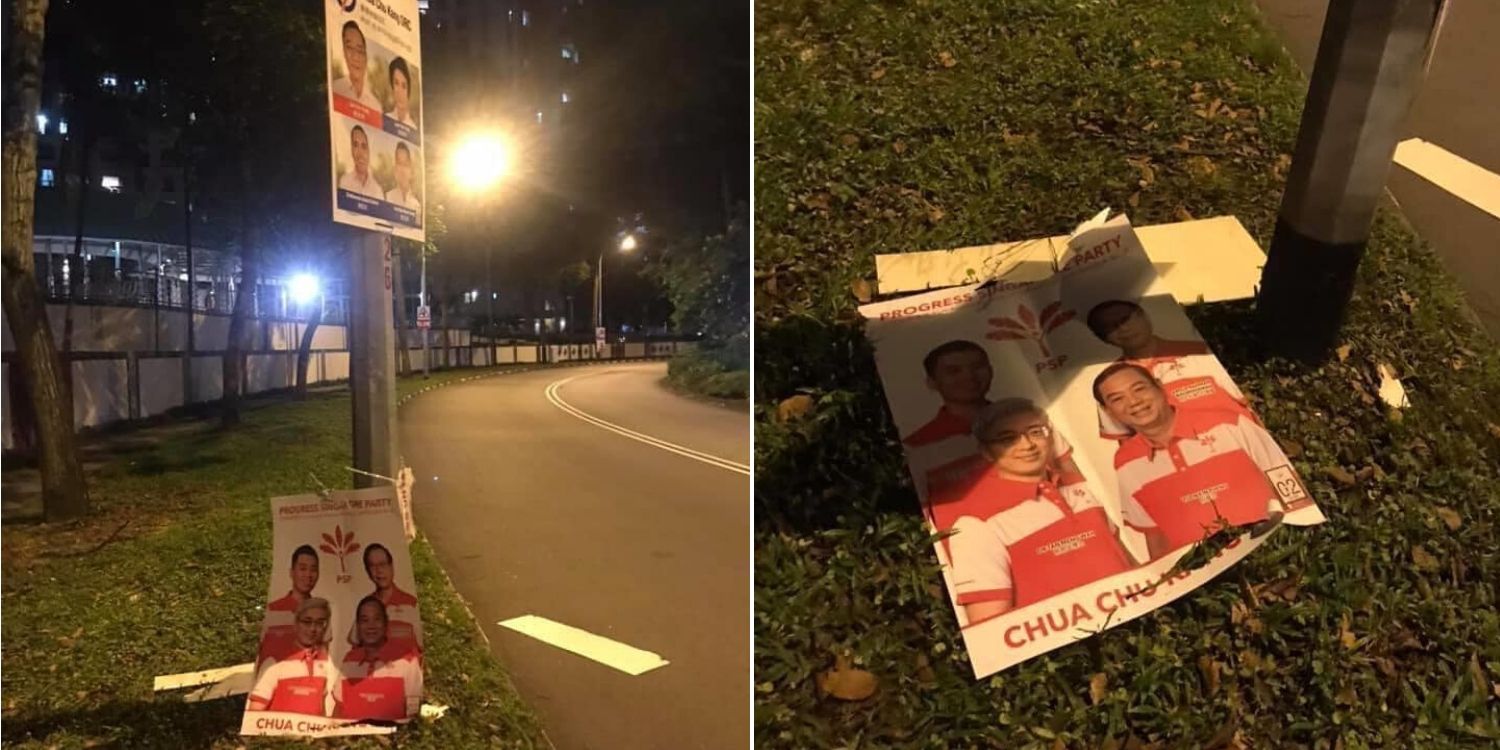 After a fruitful nomination day, parties are starting to adorn the streets with campaign posters to get Singaporeans familiar with their constituency candidates.

On Wednesday (1 Jul), it has come to the attention of Progress Party Singapore (PSP) that several of their posters were allegedly vandalised. 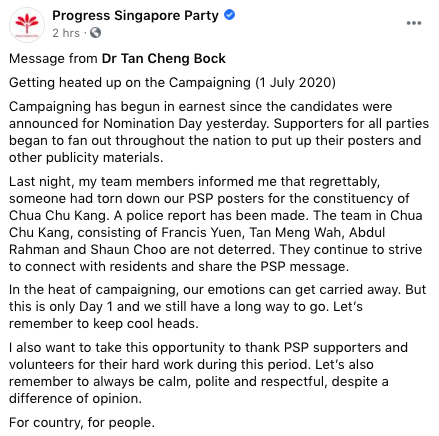 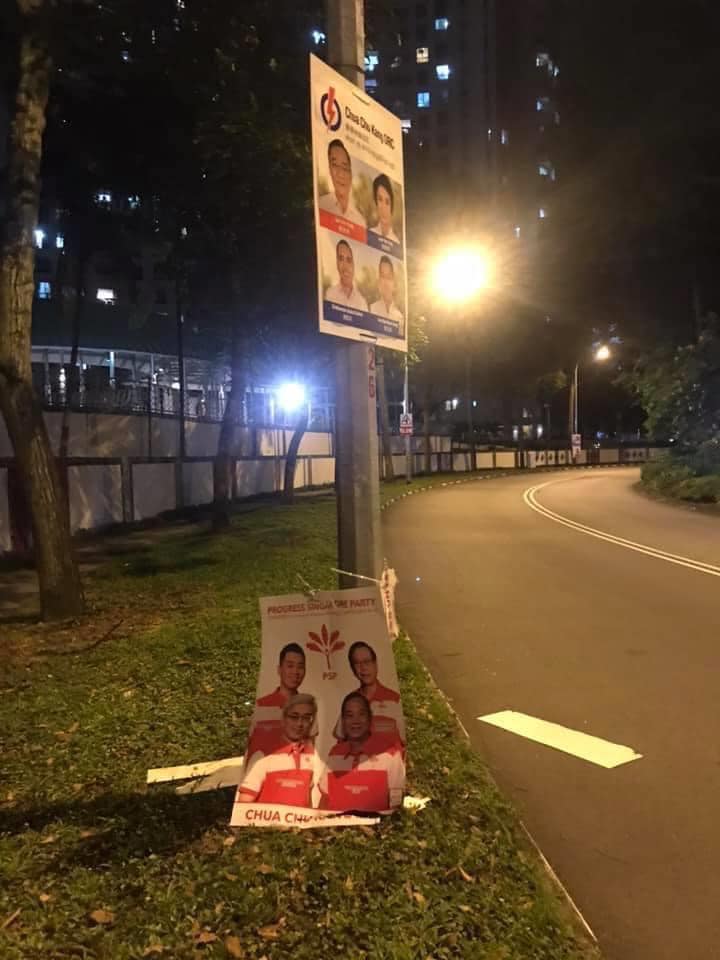 In a Facebook group, SG Opposition, a netizen shared a series of images depicting PSP posters visibly torn and strewn on the ground. 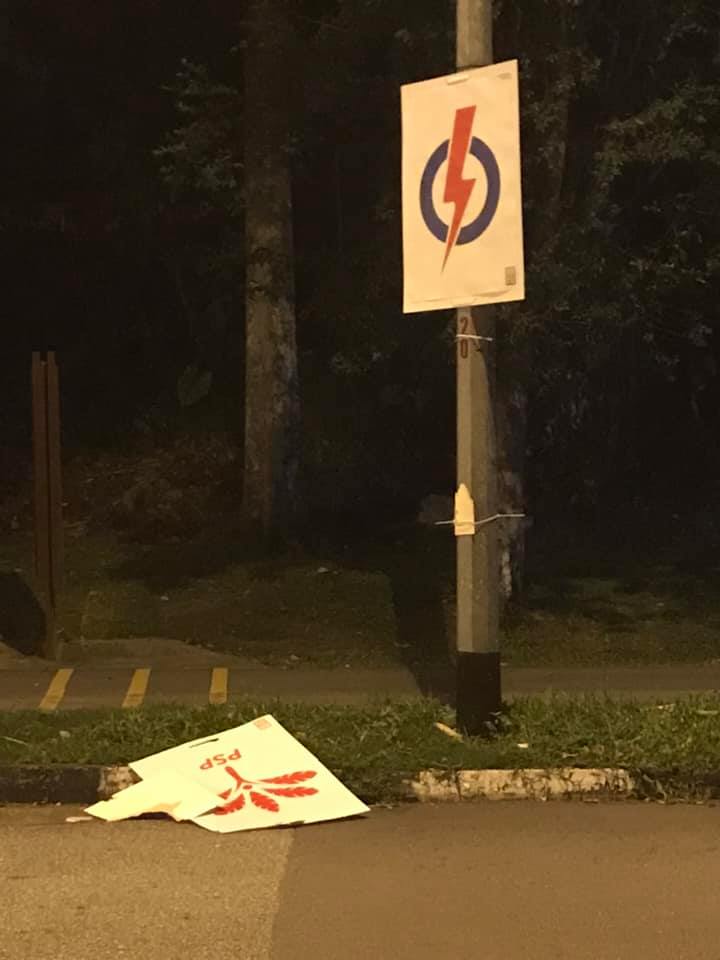 According to the post, the netizen saw the damaged materials at Bukit Batok Avenue 5 last night (30 Jun). The area is located within Chua Chu Kang GRC. 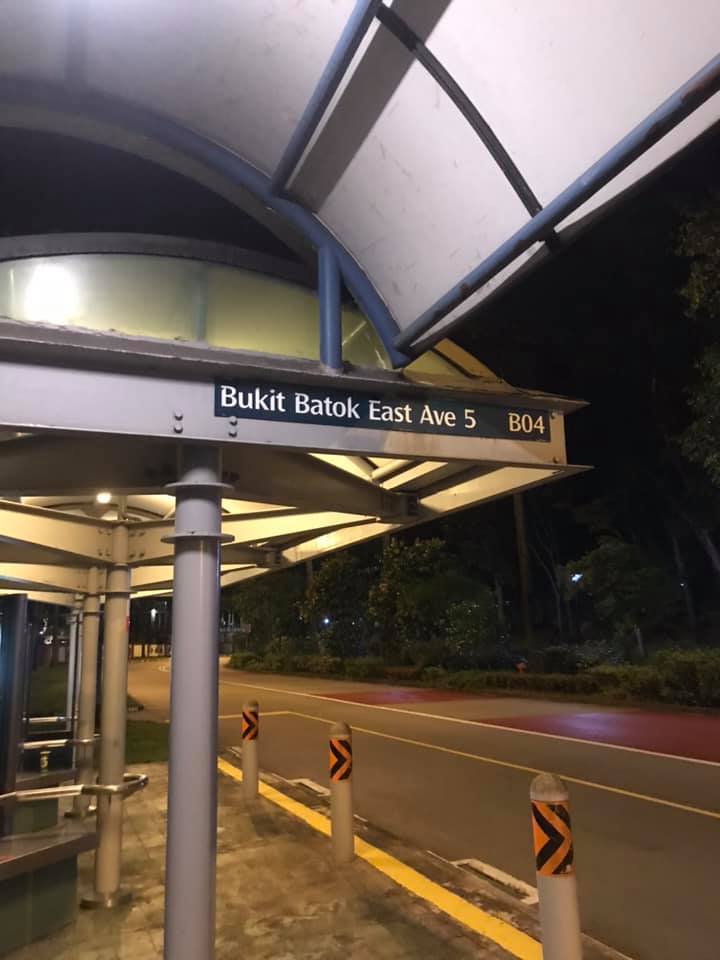 PSP is set to compete against Gan Kim Yong’s team from People’s Action Party (PAP) in the constituency, leading to online speculations accusing PAP supporters of this act of vandalism. 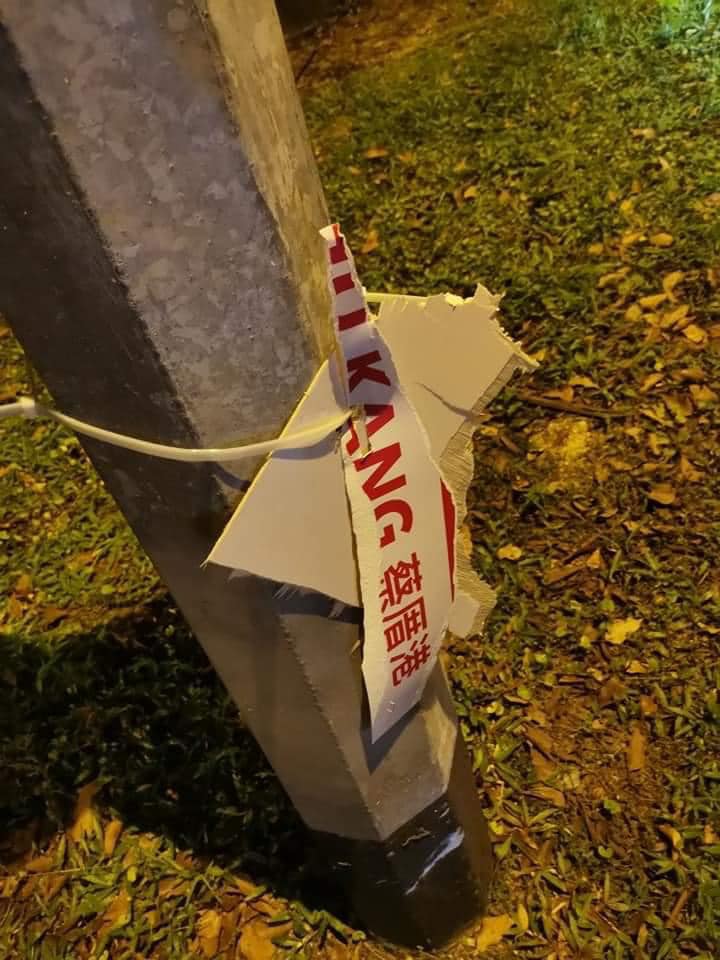 In response, Dr Tan released a statement earlier today (1 Jul), appealing to competitors and supporters to “keep cool heads” especially during the “heat of campaigning”.

The party has also made a police report after finding out about the incident. 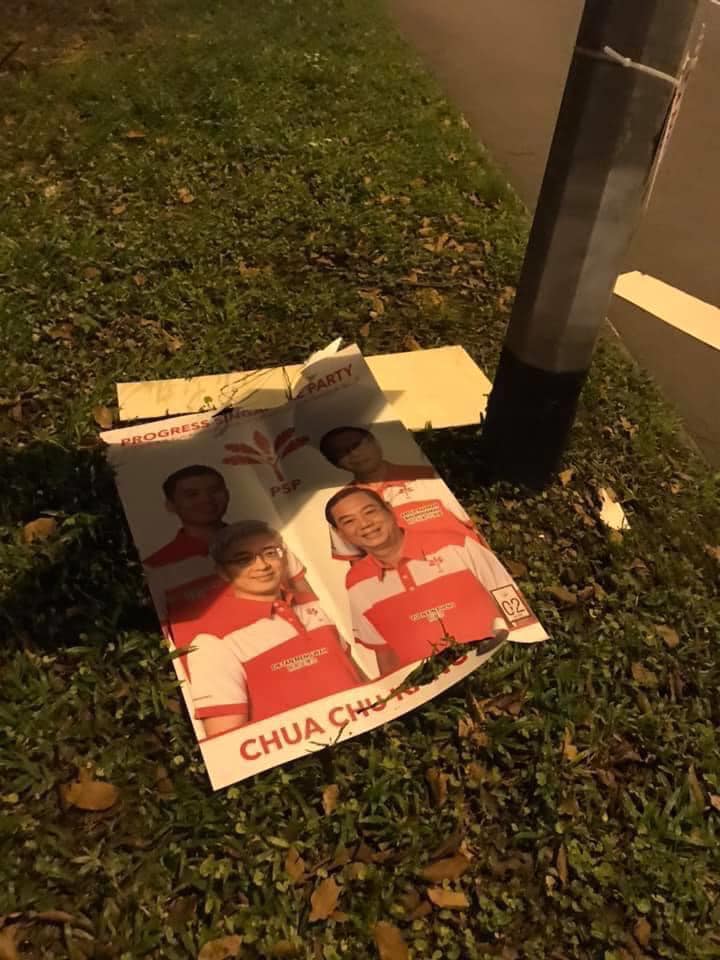 Despite this, Dr Tan assures that the PSP team – consisting of Francis Yuen, Tan Meng Wah, Abdul Rahman and Choo Shaun Ming – is not demoralised. He ends the statement encouraging Singaporeans to refrain from getting carried away with our emotions.

Remember to always be calm, polite and respectful, despite a difference of opinion.

Wishing candidates all the best

The sight of torn party posters is certainly a discouraging sight for PSP and their supporters.

In the lead up to election day, we hope citizens remain civil and continue engaging themselves in healthy discourse, to make the best vote possible.

We wish GE2020 candidates all the best in their campaigning journey.