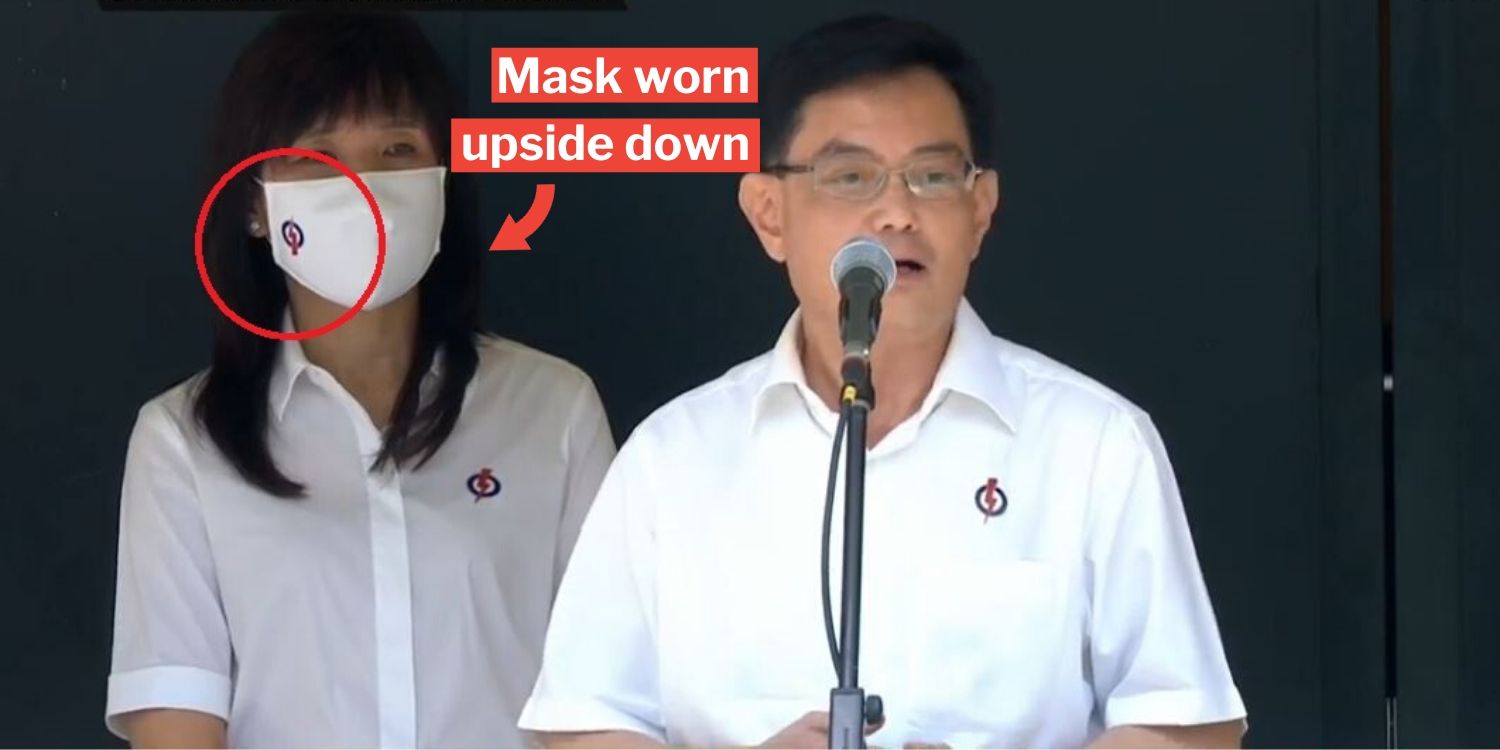 Hilarious Bloopers By Candidates Show That GE2020 Can Be Fun Too

Make no mistake, with Singapore’s future at stake, the 2020 General Election (GE) is no laughing matter.

However, Nomination Day on Tuesday (30 Jun) threw up several hilarious bloopers that showed that a General Election doesn’t have to be all serious, all the time – smiles and light-heartedness can does happen too.

Here are some of the bloopers we came across:

We highlight some of the best ones for you below too.

It came as a huge surprise that Deputy Prime Minister Heng Swee Keat went over to lead the East Coast Group Representation Constituency (GRC) team, having previously been at Tampines GRC.

The team will be taking on a Workers’ Party team led by the formidable Ms Nicole Seah.

Perhaps it came as a bit of a shock to Mr Heng too – the Finance Minister, so eloquent when speaking about the Budget, was seemingly at a loss for words when he tried to explain to his new voters what his plans for East Coast GRC are:

Those who might have been focused on Mr Heng’s nomination speech may or may not have noticed fellow candidate Jessica Tan looming over his shoulder, scarcely practicing social distancing.

While she initially forgot to put on her mask, Ms Tan quickly put it on when she remembered. 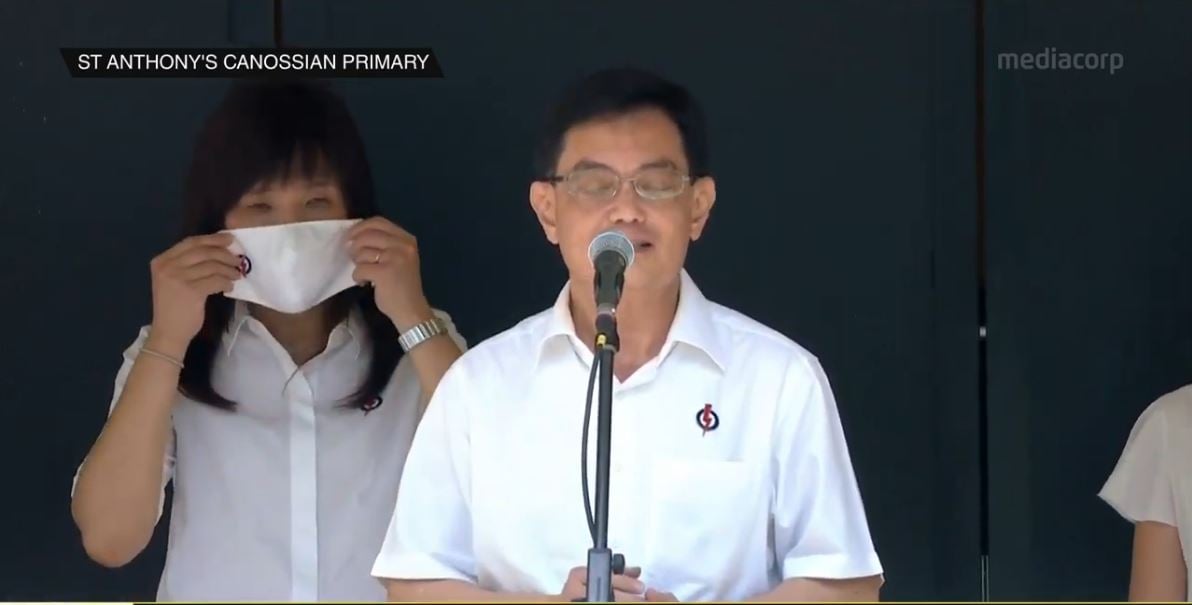 However, in her haste, she put her mask on upside down.

How do we know? That’s because the People’s Action Party logo, so neatly printed on all the candidates’ masks, was clearly upside down. 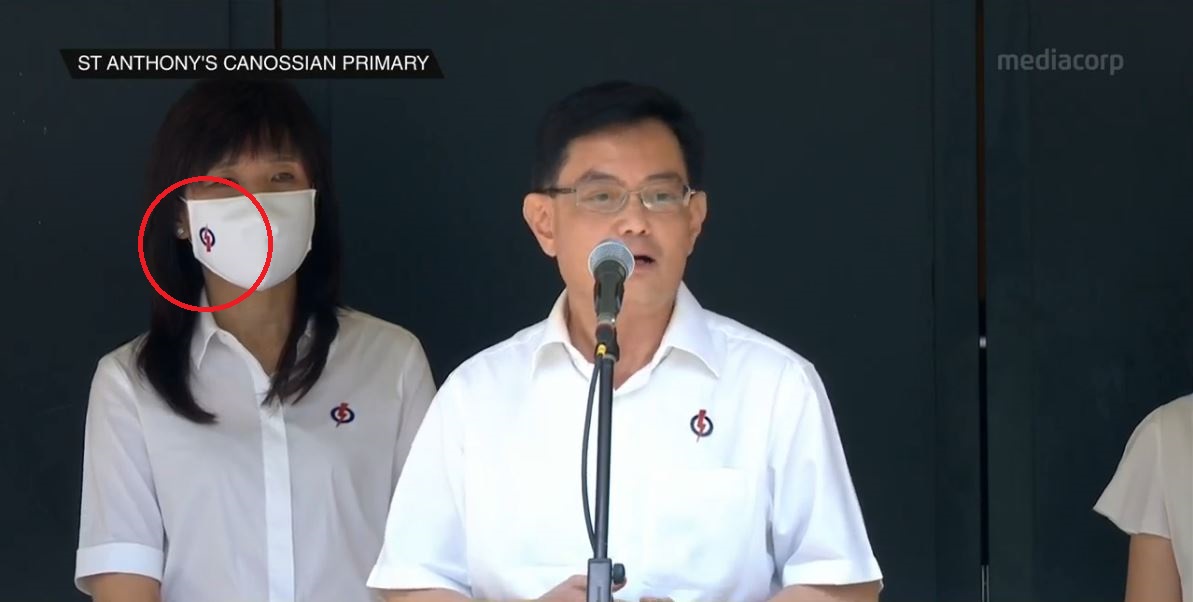 We hope that doesn’t signal a topsy-turvy campaign for the team East Coast GRC.

Unfortunately, the comedy of errors during the East Coast GRC nomination speech didn’t end there.

Just when Mr Heng finished his speech, a loud “ding, ding” was heard, signalling that his time was up.

A officer can then be heard saying,

Mr Heng proceed to speak in Mandarin, though, but mere seconds into his Mandarin speech, the sound was unceremoniously turned off. 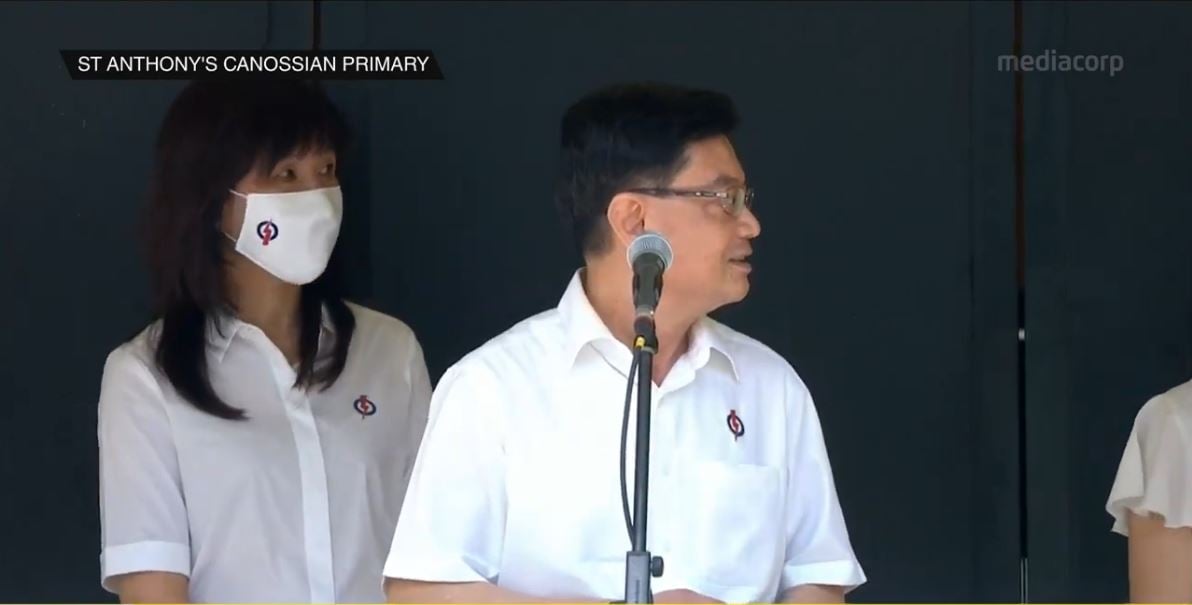 Thus, Mr Heng had to finish his speech early, and make way for the WP team to speak.

He will hope that his campaign won’t be similarly silenced by his rivals.

Mr Heng wasn’t the only candidate to give a literally muted speech thanks to the unforgiving tech powers-that-be, though.

Mr Harish Pillay, one of the Progress Singapore Party’s (PSP’s) candidates for Tanjong Pagar GRC, was similarly cut off during his speech.

As he was the last to speak, time ran out and his mic was turned off just before he started speaking. 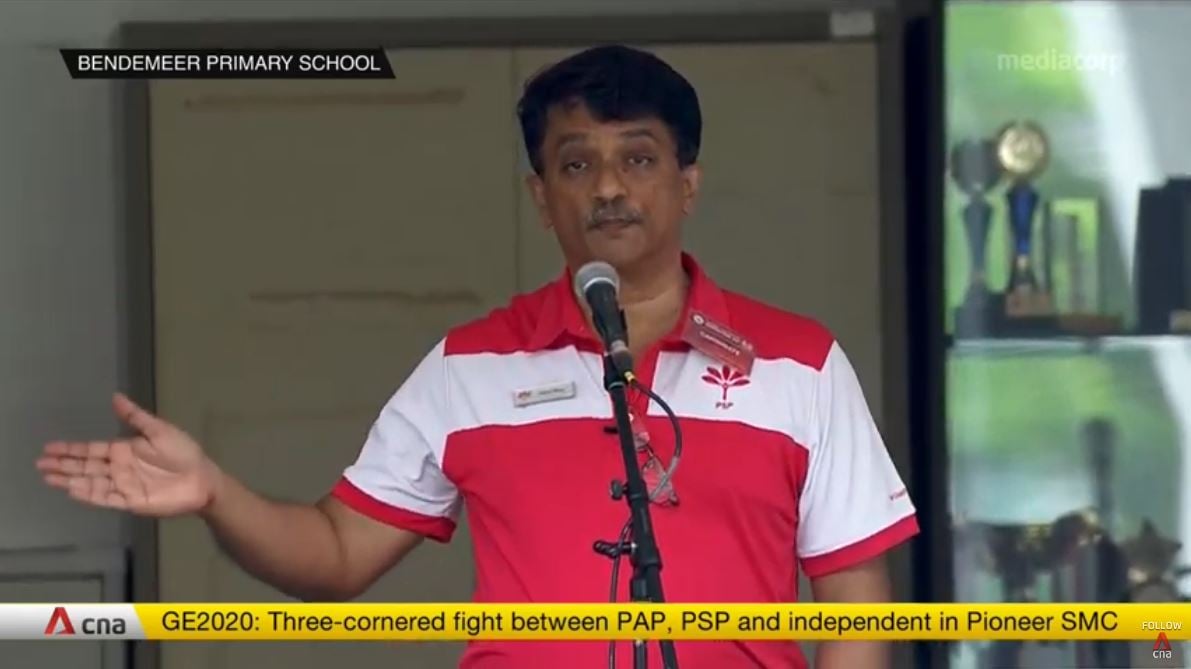 Besides Mr Pillay, another PSP member had a flub in his speech.

It was none other than party leader Tan Cheng Bock, who before his current incarnation as opposition party leader was in the PAP, and a 26-year MP for Ayer Rajah constituency.

Now he’s back contesting a GE again, but with a new party, perhaps Dr Tan found it difficult to break his old habit of making speeches under the PAP banner.

That’s because in his nomination speech for West Coast GRC, he almost said “PAP” was the name of his party. 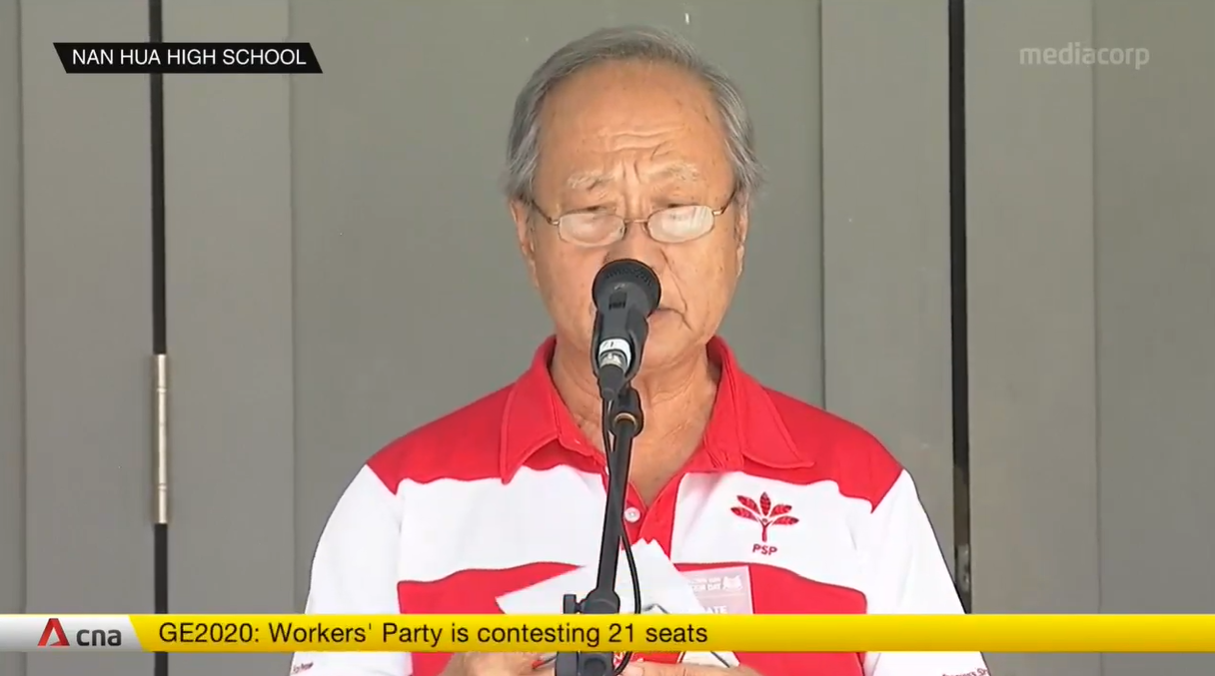 Perhaps he shouldn’t have chosen a party name that has a difference of just one initial from his previous party?

Or maybe it’s a good strategy — will voters vote for him, thinking he’s back in the PAP?

A GE campaign is tough. Candidates have to work hard day and night to ensure that they get the people’s vote.

Perhaps National Solidarity Party chief Spencer Ng has worked so hard that the days have blended into one.

As the nomination cut-off time was exactly 12 noon, by the time the nominations were confirmed and the candidates made their speeches it was already well into the afternoon.

However, Mr Ng started off his nomination speech for Sembawang GRC with “Good morning voters…”

When he was corrected by one of his fellow candidates, who was picked up by the mic murmuring “afternoon”, Mr Ng, in what must have been a reflex action, looked at his watch to ascertain that it was indeed afternoon.

Let’s hope Sembawang GRC residents will give Mr Ng the time of day.

For those who think elections are boring, the above incidents are proof that they are never so.

Did you notice any other funny things that happened on Nomination Day? Please do tell us.

However, when it comes to your vote, please take it seriously and vote for who you think is best for Singapore.