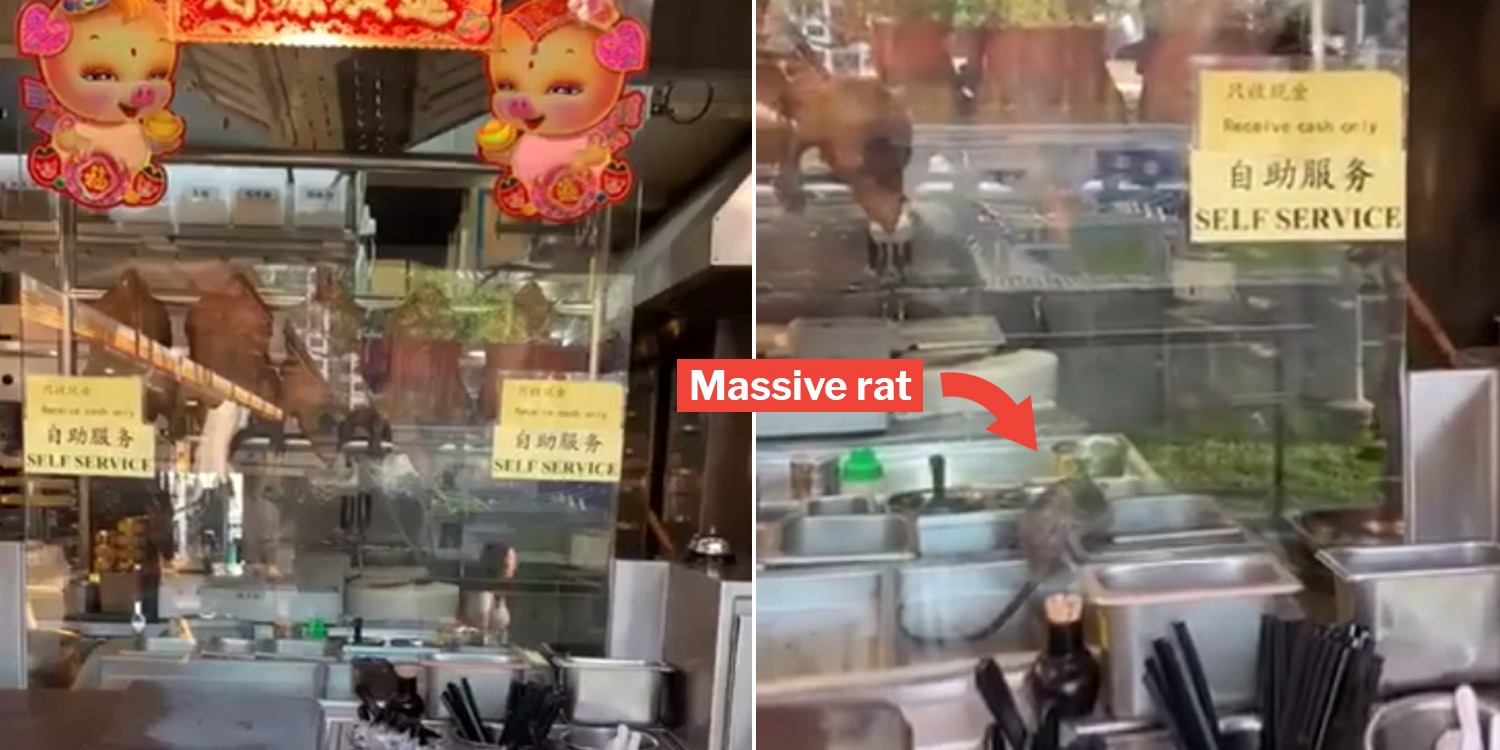 People from other countries may love their duck confits and Kurobuta pork.

For us Singaporeans, nothing beats having a plate of succulent char siew and roasted duck on top of a generous serving of fluffy rice.

But looks like humans aren’t the only ones who are fans of roasted meats.

On Wednesday (27 Mar), a video surfaced on Facebook showing a massive rat at a Teochew restaurant in Toa Payoh.

The clip has gone viral, and has over 1,300 shares at the time of writing. Here’s the video in full.

The video starts by showing the stall front of a Teochew restaurant with several roasted delicacies hanging from a metal rod. 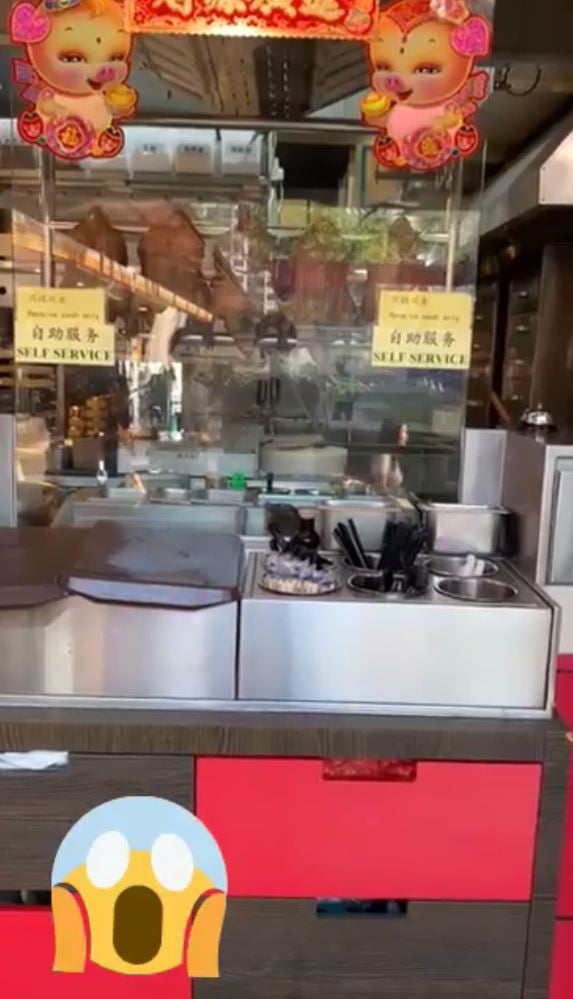 Nothing seems out of the ordinary until the netizen recording the video steps forward, revealing a massive black rat – easily 30cm long – scurrying on the metal food container lids. 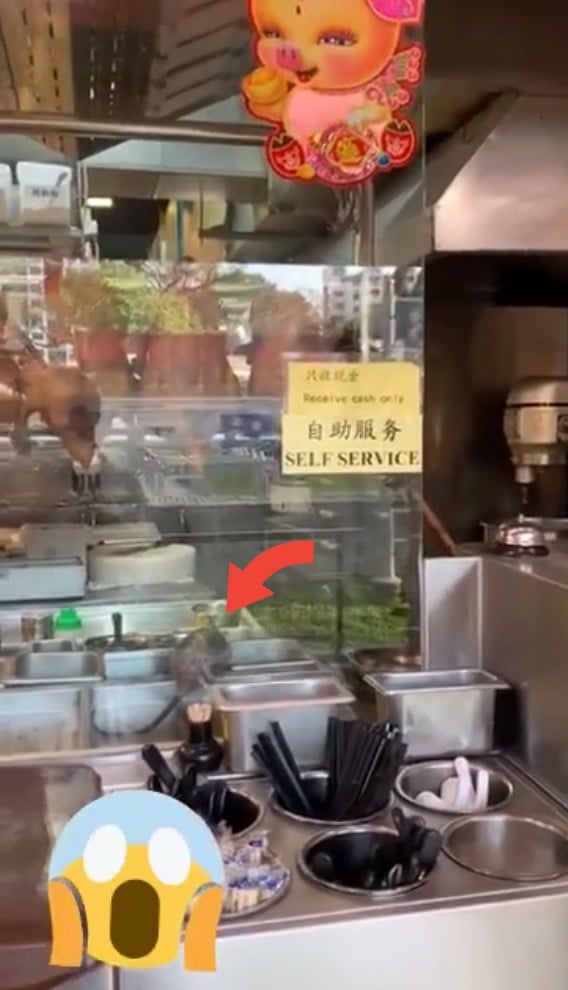 The video pans away for a few seconds, but the rat was nowhere to be seen when it the videos’ focus returned to the stall front. 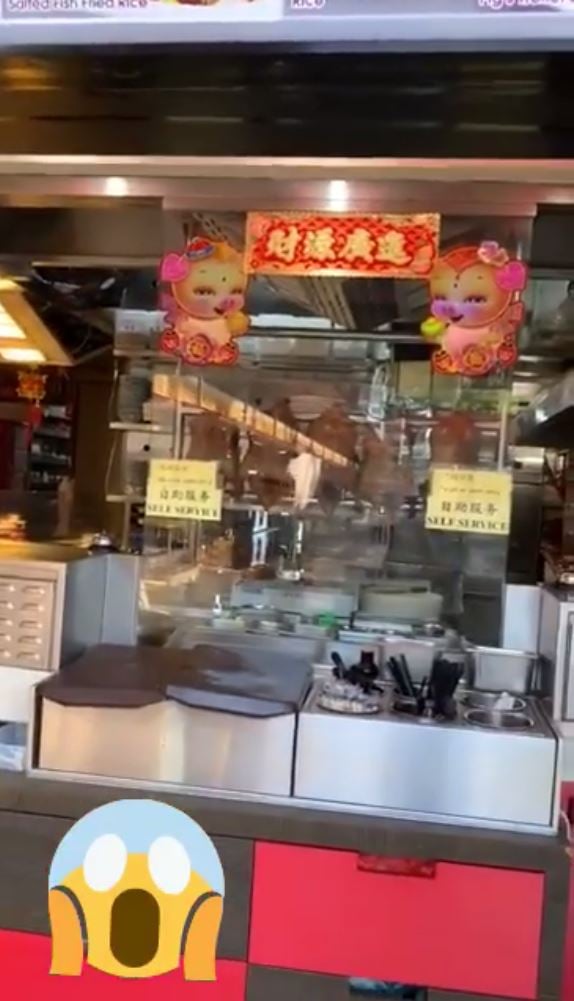 The video description points the location of the restaurant to be along Toa Payoh Lorong 8, but the exact address is uncertain.

Understandably, most netizens were disgusted by the rat sighting.

One netizen pointed out snarkily that the rat could have been looking for braised eggs often sold together with roasted meat.

Another netizen joked that the rat was merely following the ‘self-service’ sign on the restaurant’s stall front.

Hope nobody was affected

MS News has reached out to NEA and the Toa Payoh Town Council for comments regarding this incident.

We hope none of the customers was affected as a result of this rat ‘invasion’.