Must Share News – Independent News For Singaporeans
Home Current Affairs S. League and SMRT Partner Up This Season So You Can See...

Who would have thought SMRT and S. League could form a partnership?

Today, S. League and SMRT Commercial have announced a partnership that will promote Singapore’s only professional sports league.

SMRT Commercial will be in charge of marketing S. League on selected trains, MRT stations near the Stadium, OOH (Out Of Home) Media platforms and retail stores.

Soccer vibes brought to our trains

In order to get the public into the mood for this season of S. League — which is starting tomorrow 13 Feb — Football Association Singapore (FAS) VP Lim Kia Tong and SMRT Singapore’s commercial marketing director Dawn Low exchanged mementos in an MRT cabin amongst a sea of commuters. 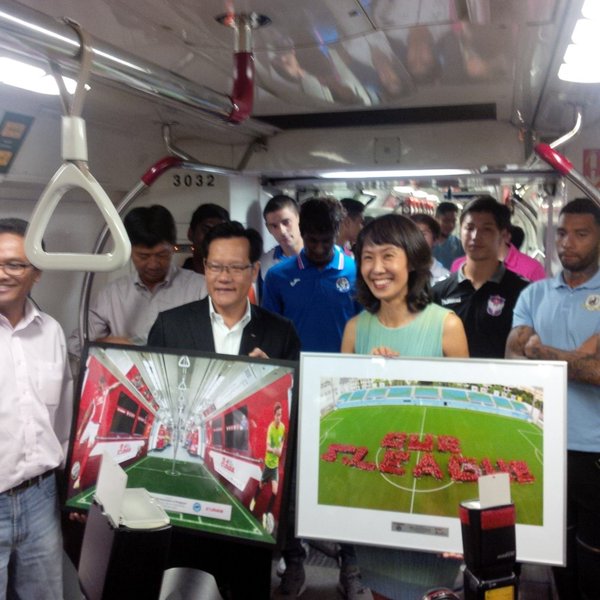 As reported by The Straits Times, Ms Low said:

We’ve discussed extensively… to brainstorm on how to bring the love of football to the heartlands.

Beyond just having soccer-themed trains, match highlights will also be shown on TV screens on MRT platforms from 18 Feb to keep people updated with all the juicy happenings during the matches. 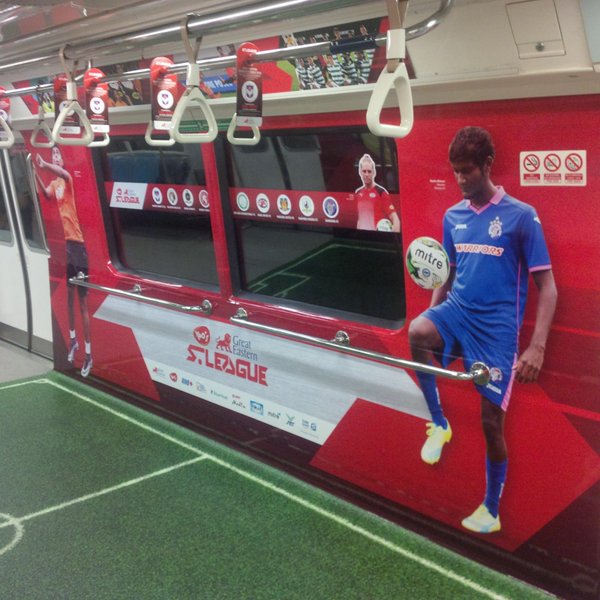 Here is a sneak peek of how some of our trains will look like from now on!

Soccer stars were present during the partnership announcement 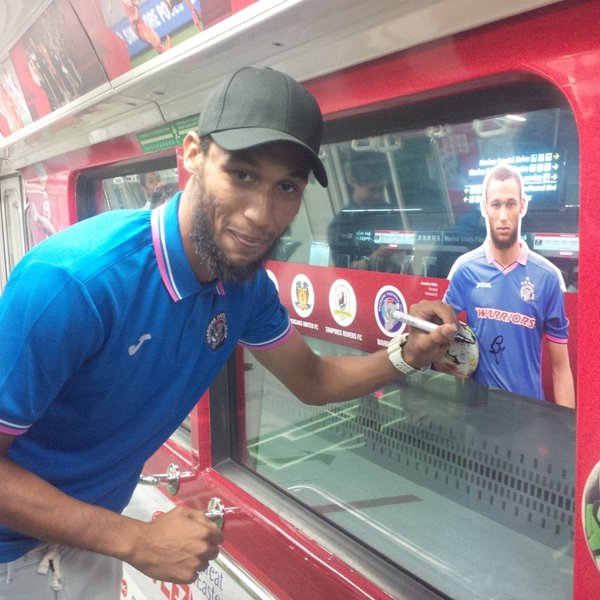 New French striker Jonathan Behe posed for a photo after signing on his photo on the S. League-themed train.

Besides him, Jermaine Pennant — who signed a one-year contract with S-League club Tampines Rovers — and Home United’s Irfan Fandi — the eldest son of local football legend Fandi Ahmad — were also present at the announcement.

Aren’t we all excited for the S. League to kick off?

Singapore’s only professional season is about to start and this time it features international players like Behe and Pennant who promised to bring the ‘excitement of the Premier League’ to the local football scene!

As for us commoners we get to have a feel of how it feels like being a player on the field by standing in one of those S. League-themed trains.

To experience the S. League for real, be sure to keep a lookout for special train hangers that can be found on the S.League train!

These train hangers guarantee a free entry to the opening game for the upcoming S.League season.