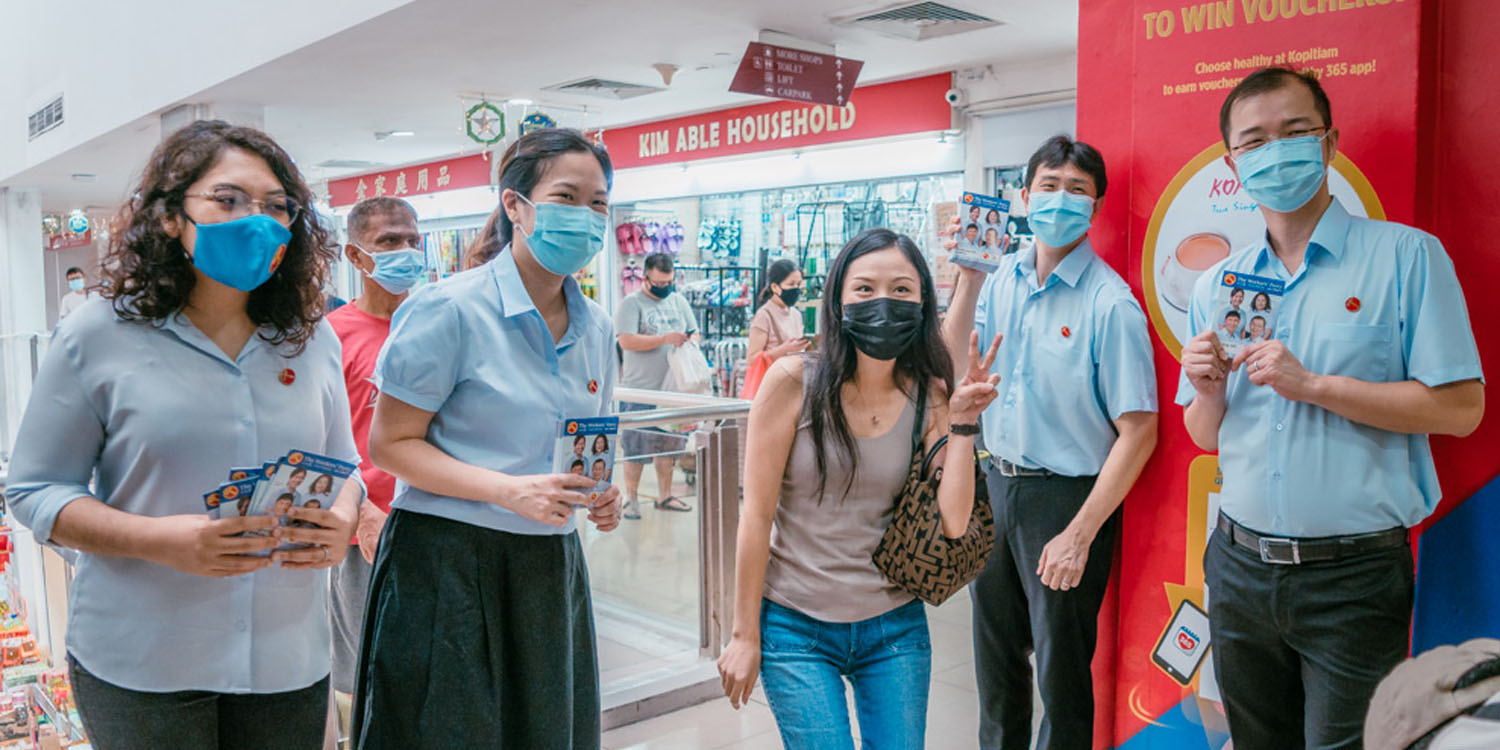 As you know it, Sengkang GRC – won by Workers’ Party (WP) in GE2020 – is but a 3-month-old constituency, carved out of several areas.

Since parts of the new GRC used to belong under constituencies like Pasir Ris-Punggol and Ang Mo Kio, residents must be confused over who to contact in the interim period as they wait for Sengkang Town Council to be formally gazetted.

WP chief and now leader of the Opposition Mr Pritam Singh has allayed such concerns.

He said that Sengkang residents can continue to contact their existing Town Councils, which are still in operation for now, for municipal issues.

During a virtual press conference on Sunday (12 Jul), Mr Pritam said the Sengkang GRC team is currently in discussion with managing agents of other Town Councils, to ensure that the handover is smooth.

Residents should continue to speak with respective Town Councils on municipal issues until [Sengkang] town has been gazetted.

This could include a variety of problems like infrastructure, horticultural, cleanliness & sanitation, and pest control.

They can look forward to an official constituency Facebook account soon, so that they have a platform to convey to residents their plans.

Sengkang Town Council to run as a standalone

Asked if WP is looking to set up a “mega Town Council” to govern Aljunied, Hougang and Sengkang, Mr Pritam said the preference is for Sengkang to be run as a standalone one. He said this is because the party believes Sengkang has the economies of scale for it to be a standalone town council.

This will be their approach and preference going forward.

On avoiding teething issues that cropped up during the handover of Aljunied after GE2011, he said they will be meeting with existing managing agents first.

We want to enter discussions with good faith. We will wait for meetings [with the agents], and then we’ll take it from there.

Asked who will be the chairman of Sengkang Town Council, Mr Pritam said it is premature to decide on this for now.

During the press conference, a reporter said Mr Jamus Lim was spotted meeting residents earlier this morning (12 Jul) with an iPad in hand. He was seen jotting down notes on his nifty device, and was asked to reveal some of the concerns he heard from folks on the ground.

Mr Lim answered that he was penning “very basic Town Council matters”, for example, a mosquito problem at Block 114.

We want to be immediately responsive to all these concerns. That’s our first order of priority in ensuring this transition occurs in as smooth a fashion as possible.

You can spot Jamus and his distinguishable iPad in a Facebook video below.

At one point, residents even clapped for the Workers’ Party team after clamouring to take photos with them.

With a new GRC, comes the need for a brand new Town Council. This is a process that could take some time, so it’s good that Sengkang residents’ concerns have been clarified for now.

We wish WP’s Sengkang GRC team all the best in ensuring a smooth transition into forming Sengkang Town Council.