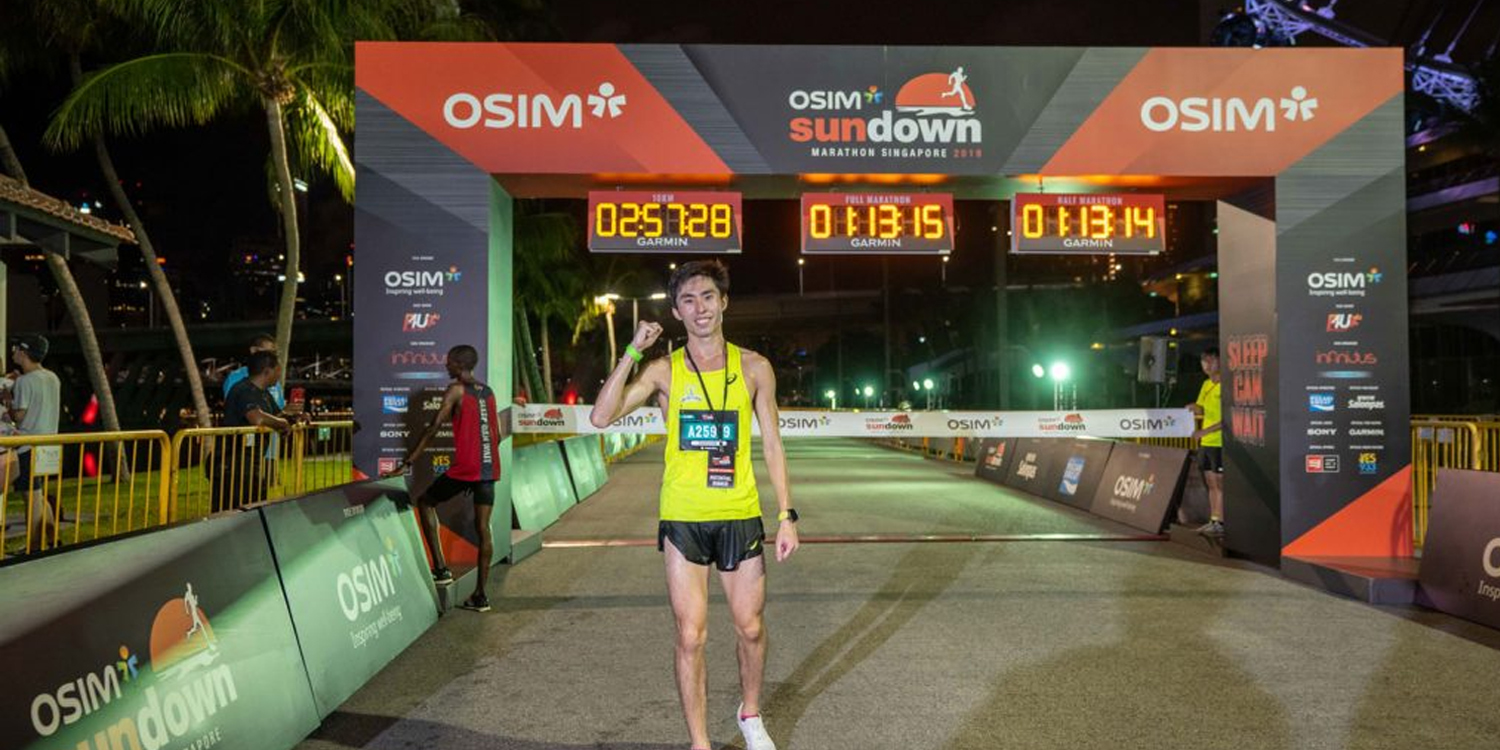 Second place was never an option.

That was the time national long-distance runner Soh Rui Yong took to complete the 21km Sundown Half Marathon. Put it this way, that translates into an average of a little over 8 minutes for every 2.4km he ran.

He had swept past the finish line ahead of competitors from all over the world including those from the supposed king of long-distance land, Kenya. 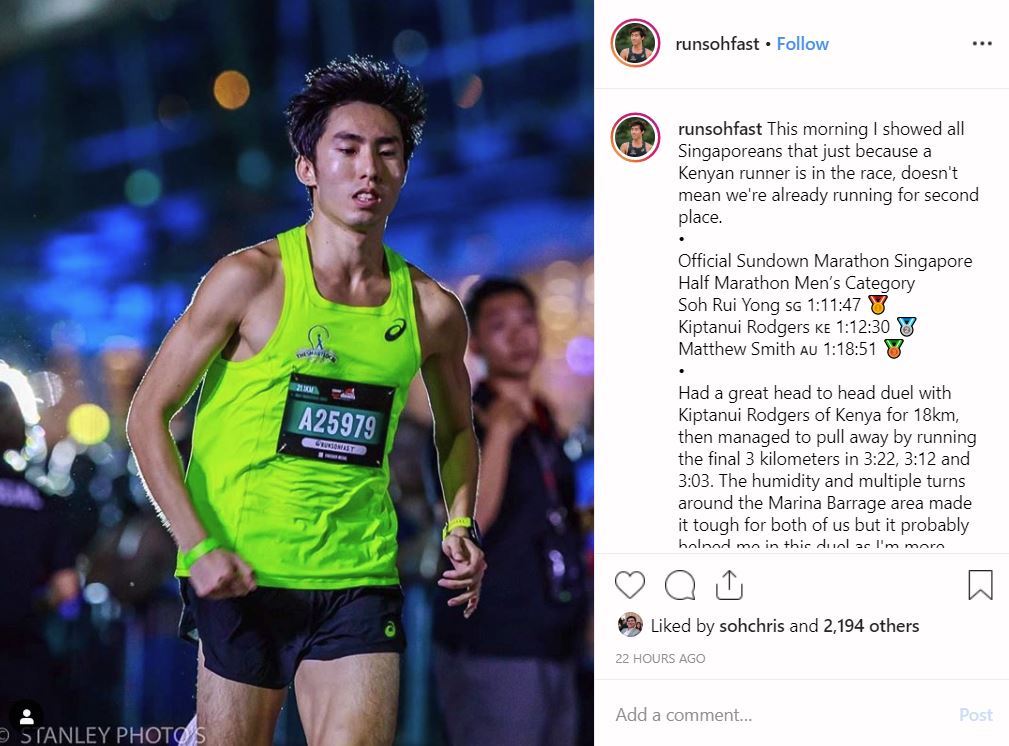 This morning I showed all Singaporeans that just because a Kenyan runner is in the race, doesn’t mean we’re already running for second place.

His statement was shared on the online community site Reddit on Sunday (2 Jun), and attracted quite a bit of attention. The thread was titled, “Marathoner Soh Rui Yong keeping it classy as usual”.

Among the comments were a few – very few – nasty and baseless ones.

But these were soon ‘down-voted into oblivion’ as the Redditors usually put it. The rest of the comments were positive and congratulated the runner on his achievement.

One user, an athlete himself recognised that Kenyans are indeed some of the best at the sport, but agreed with Mr Soh that that should never be a reason to admit defeat.

Another said that there was nothing wrong with Mr Soh’s mention of Kenyan athletes — it wasn’t bragging, it’s merely a fact.

Finally, one user drew a lesson from it — that we should always try our best whatever the challenge.

Mr Soh’s post may impress upon some as a manner of bragging. You could certainly take it that way.

Or you could take it as him telling people that no matter what the odds, we should always strive for the trophy.

Disclaimer: Mr Soh is an employee of The Smart Local, an affliated company of MS News.