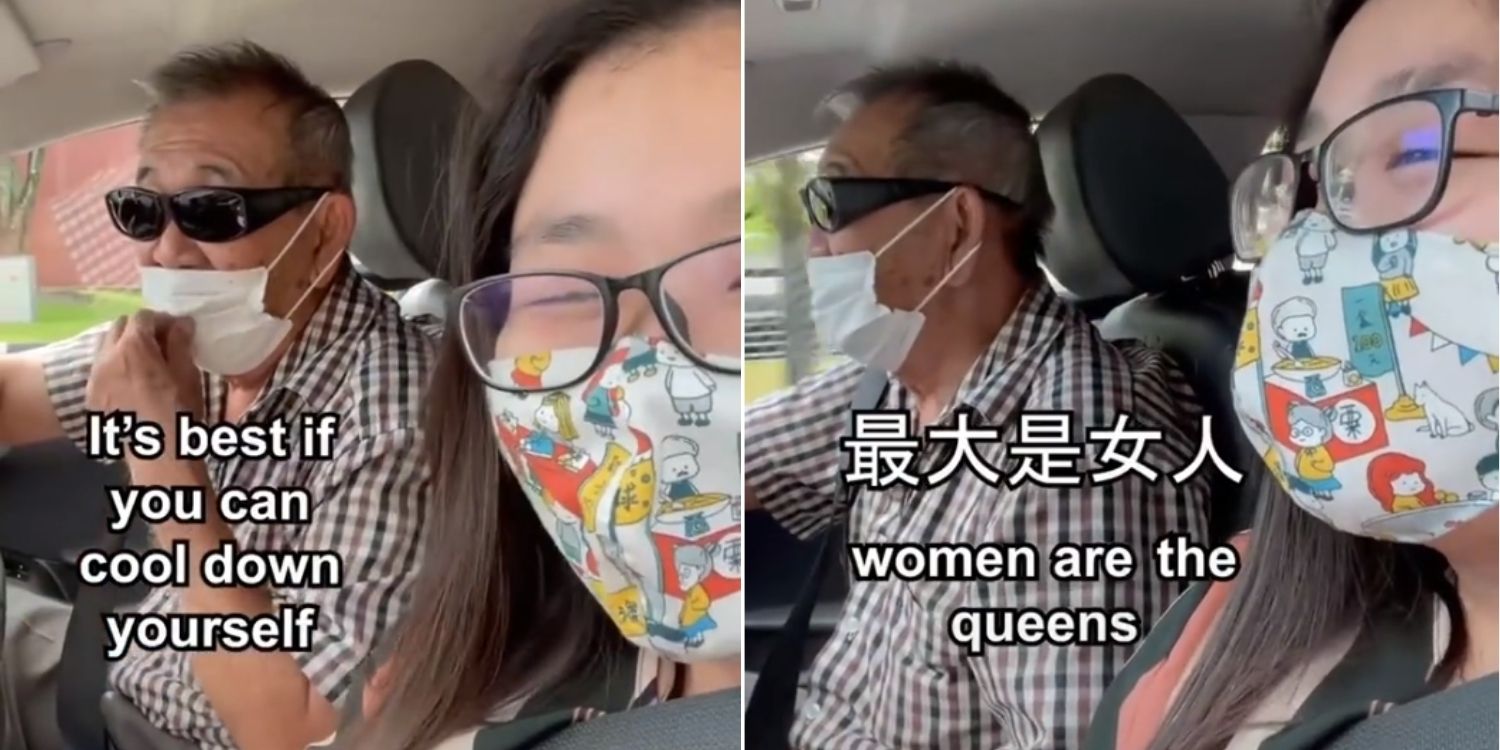 Some taxi uncles are notorious for being chatterboxes during their rides with passengers. From pearls of wisdom to personal experiences, they always seem to have stories to tell. In a TikTok video, a taxi uncle is seen offering relationship advice to a young lady.

According to him, every conflict can be defused with apologies and by simply saying, ” I love you.”

He also reminded guys of important dates to take note of.

Always apologise & say “I love you”

On Tuesday (31 Aug), TikTok user @jeszyo_ or Jeslyn shared a video of her encounter with a chatty taxi uncle. In the video, the uncle dishes out relationship advice for men as Jeslyn listens on with intent.

The video starts with Jeslyn asking the uncle, “What if my boyfriend makes me angry?”

The query piques the interest of the witty taxi uncle who goes to town with his relationship advice.

He says that if her boyfriend makes her angry, it’s best to remove herself from the situation and cool down.

However, perhaps from experience, he suggests that if Jeslyn can’t cool down, that she should throw a tantrum back at her boyfriend.

Jeslyn then quips that throwing a tantrum will only make the boyfriend angrier.

At that point, he decides that if he were the boyfriend, he’d apologise in a cute manner and reaffirm his love for her again.

The rest of the video continues with the taxi uncle taking over the conversation and dropping gem after gem of knowledge.

He lists the 4 best remedies for an angry girlfriend:

He also says that dates are hard to remember and reminds men to prepare a gift every 3 months — one for a birthday, anniversary, Mother’s Day, and Valentine’s Day. 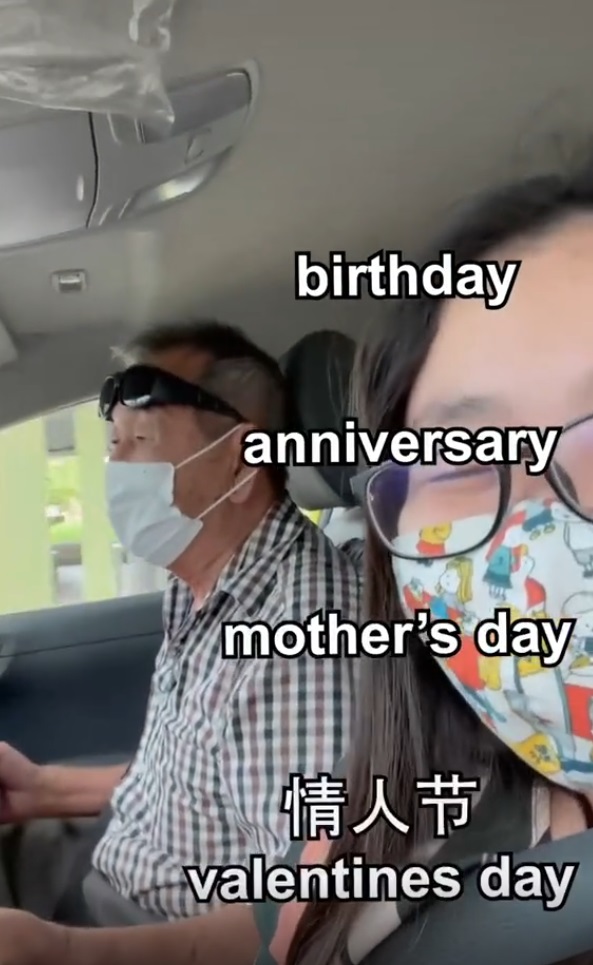 While gifts are good, he always pairs his offerings with a confession of his love.

The TikTok video has since garnered over 156k views and accumulated over 17k likes at the time of writing.

Great lessons to be learned

Relationship advice could easily fall on deaf ears but hearing it from an experienced head would surely hold some credibility.

While the advice he gave was in jest, we think that there are some great lessons to be learned from the sharp-witted veteran.