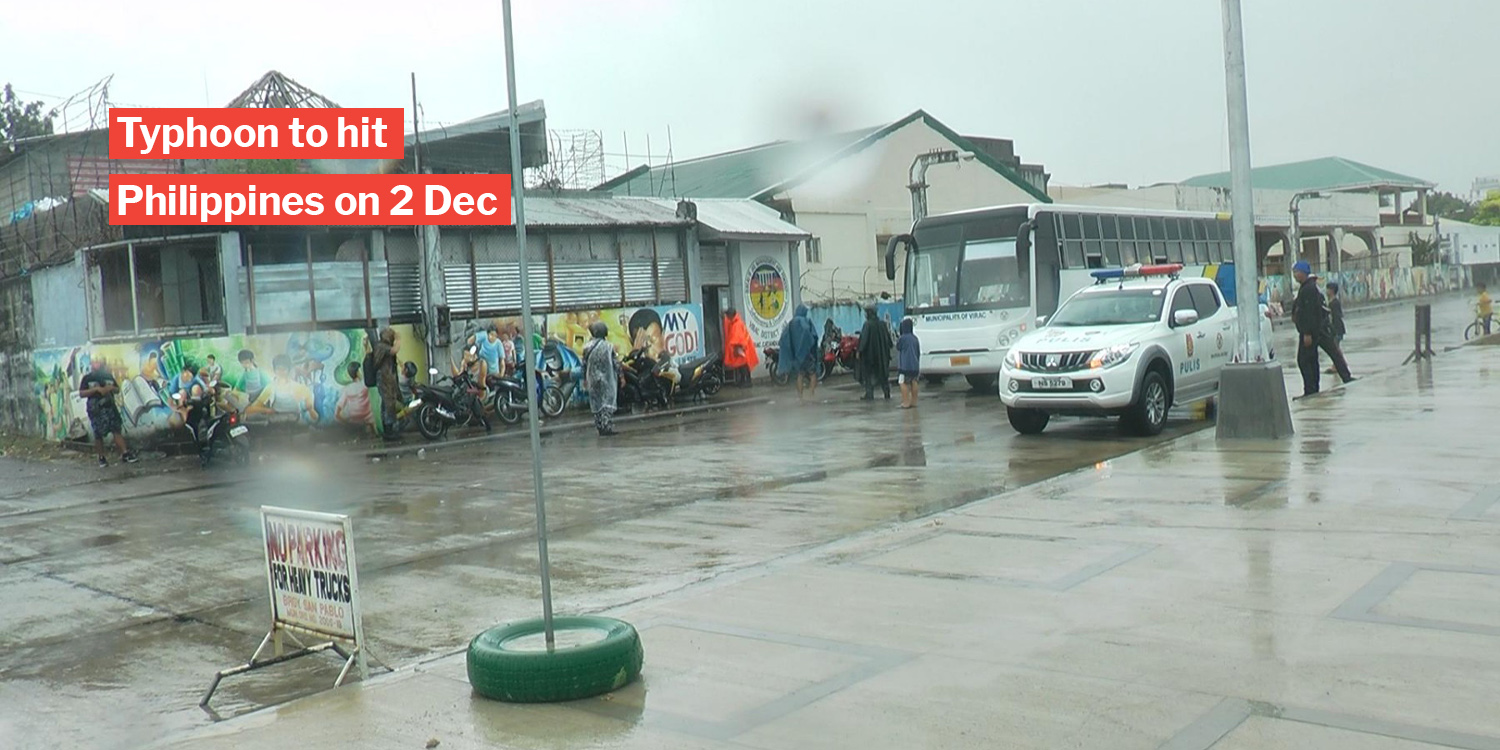 Typhoons are not your average thunderstorms — with potential wind speeds at over 100km, they can cause severe damage and sometimes even result in deaths.

For Filipinos, typhoons bring death and destruction: in 2013, Typhoon Yolanda – known as Haiyan locally – devastated the nation of islands and killed at least 6,300.

Typhoon Kammuri – known as Tisoy locally – is set to land 2 Dec (Monday), and it might be the biggest since Haiyan.

The Singapore Embassy in Manila put up an advisory on Facebook, warning of the typhoon that is to hit later this evening. 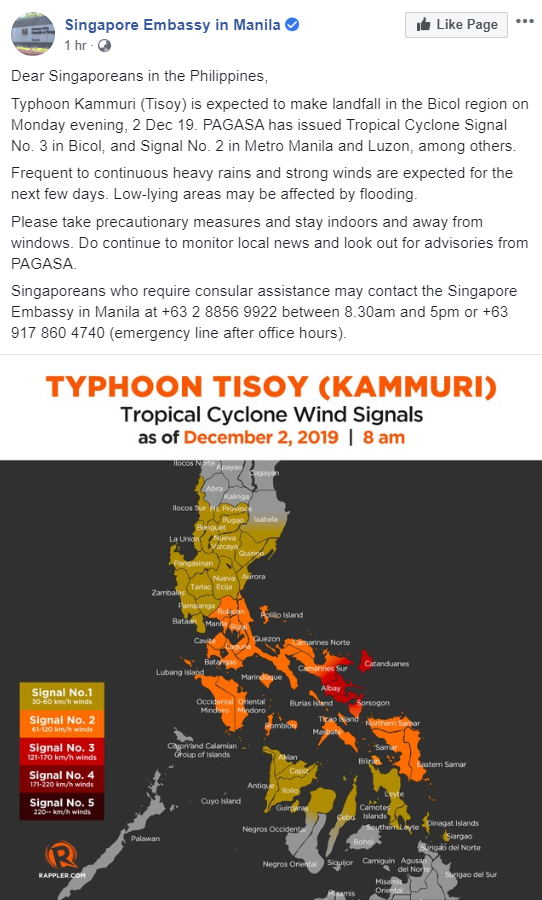 As schools are suspended in Metro Manila & beyond, according to reports on Philippine news site The Inquirer, the main message is one of braving the storm that is to follow.

Stay indoors and away from windows, warns embassy

The Philippine Atmospheric, Geophysical and Astronomical Services Administration (PAGASA) has issued Tropical Cyclone Signal No. 2 in Metro Manila. This is the 2nd out of 5 threat levels, and indicates winds of 61–120 km/h arriving within 24 hours.

The government is not taking any chances, having announced that over 100,000 people will be evacuated in the Albay region, according to the Philippines News Agency. 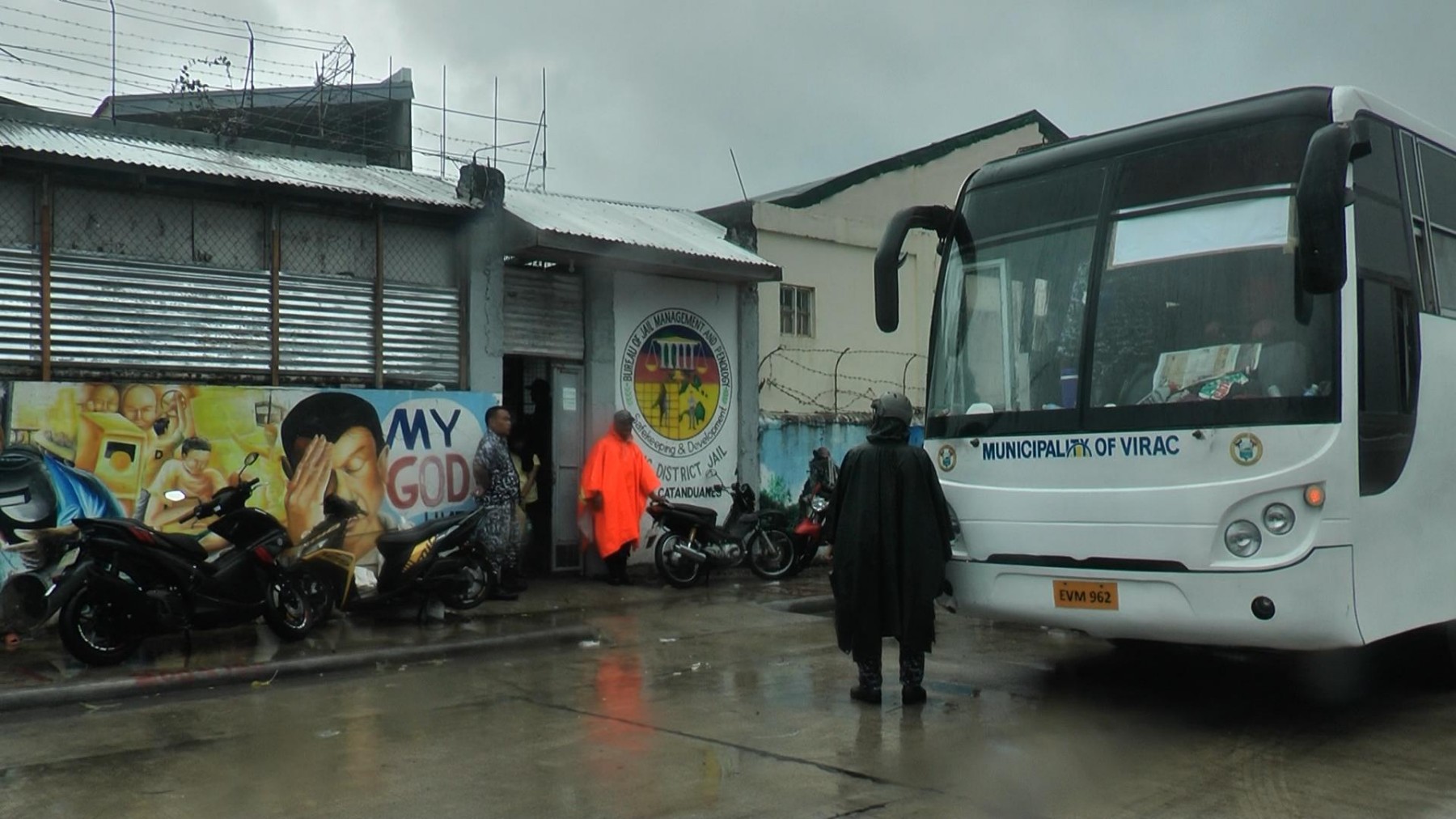 People in jail being evacuated in Virac Municipality, Catanduanes
Source

Those in Metro Manila are slightly safer due to the lower threat level, meaning staying indoors will be sufficient.

However, the Embassy has warned that staying away from windows is a necessity.

They have also advised Singaporeans to check news as well as PAGASA regularly for updates.

Stay safe and do not go outdoors

With the storm set to bring about extremely heavy rainfall, we do not advise heading outdoors.

We also hope that Singaporeans and all residents in the Philippines will remain safe during this tough time.