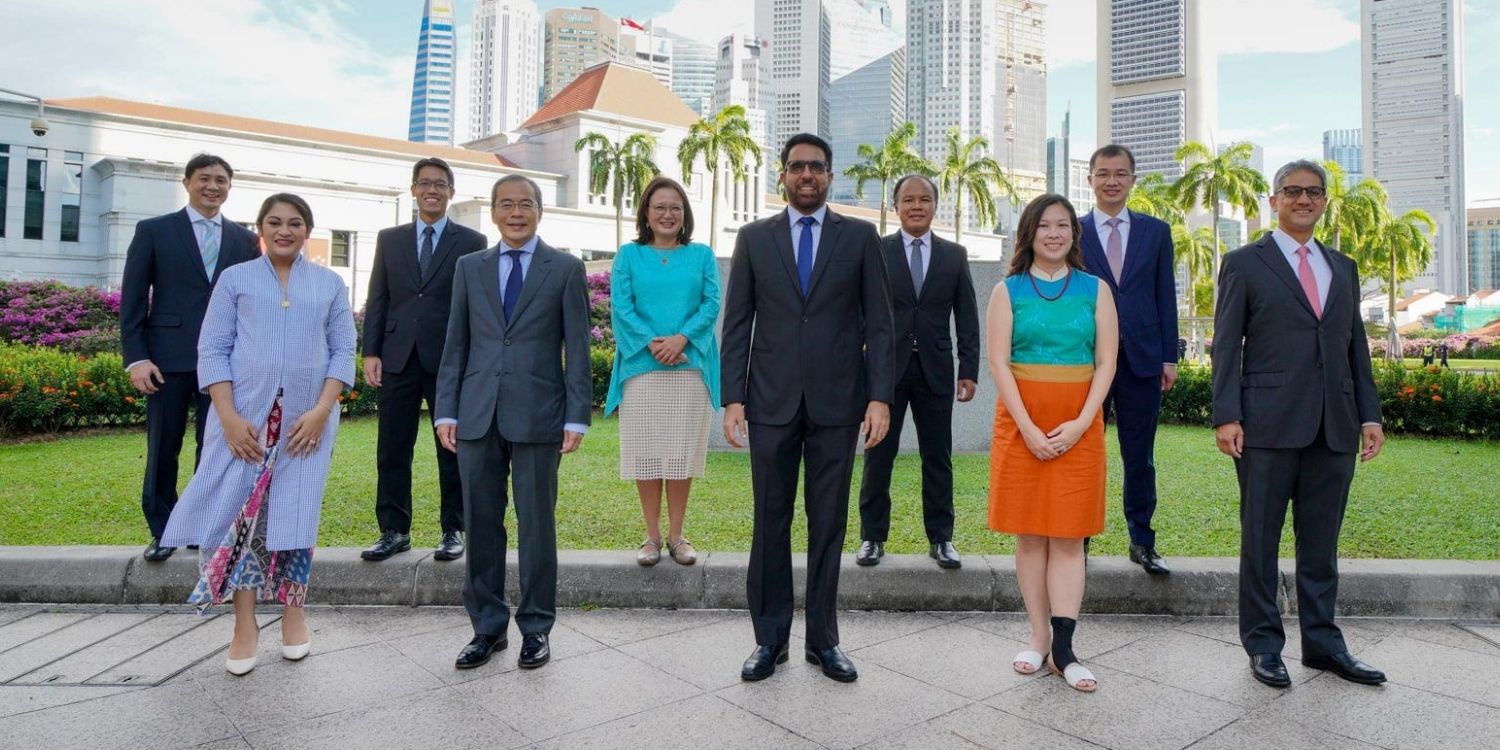 It also marks the first time that 10 opposition Members of Parliament (MPs) were sworn into Singapore’s Parliament — the highest number ever.

As all of them are from the Workers’ Party (WP), the 10 new MPs, including Leader of the Opposition Pritam Singh, marked the event by posing for a group photo in front of Parliament House, where they will be spending a lot of time in the next 5 years. 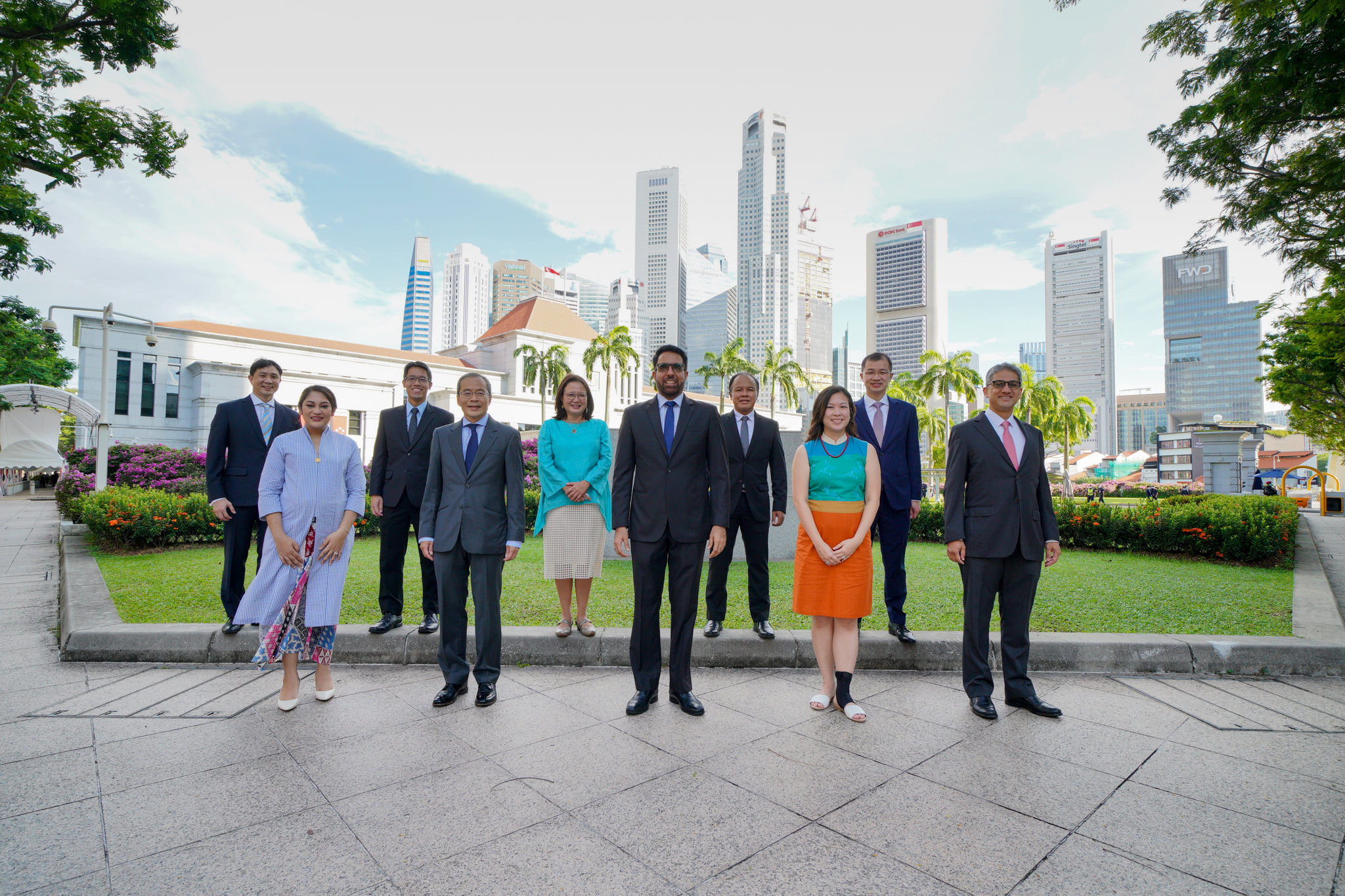 In a Facebook post that the jubilant photo was attached in, the WP pledged to make Singaporeans’ vote count, which was their key slogan during the 2020 General Election. 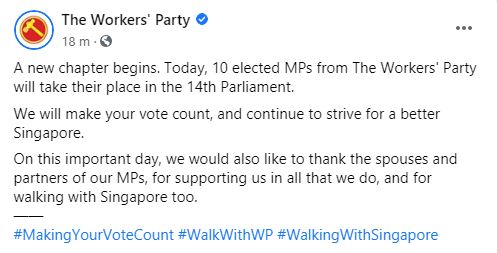 Calling today the beginning of a new chapter, the party said it would continue to strive for a better Singapore.

Thanking spouses for their support

As we celebrate their success, let’s not forget though that behind every successful person is a strong spouse.

And sometimes, significant others can play a big role in providing support to their partners.

Thus, the WP also got the spouses and partners of the 10 MPs to pose together for a group photo of their own. 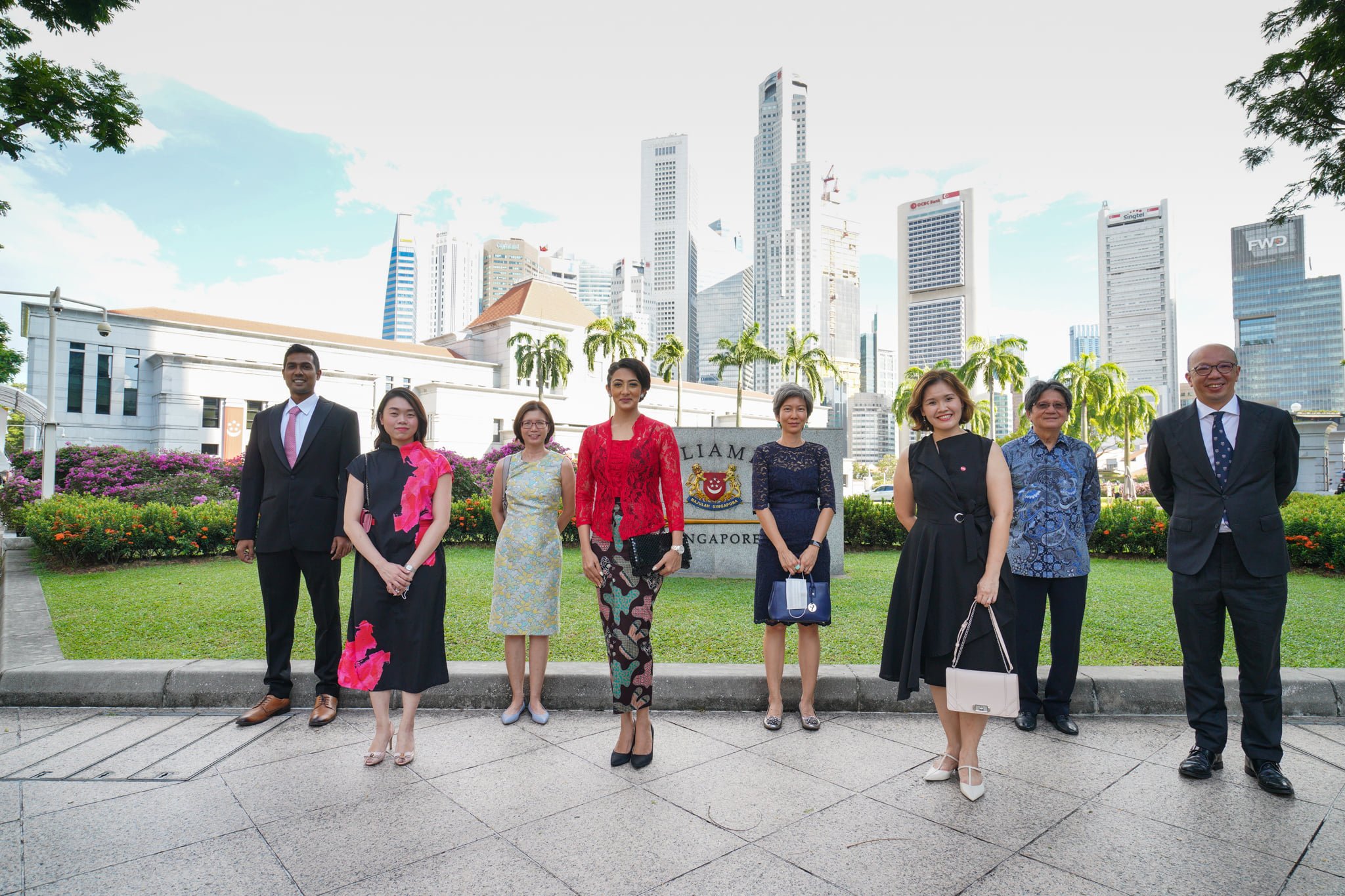 Of course, the party took more photos since they were all dressed up and in front of an iconic landmark.

Thus, they posted photos of Mr Pritam and WP chairman Sylvia Lim with the Aljunied-Hougang teams. 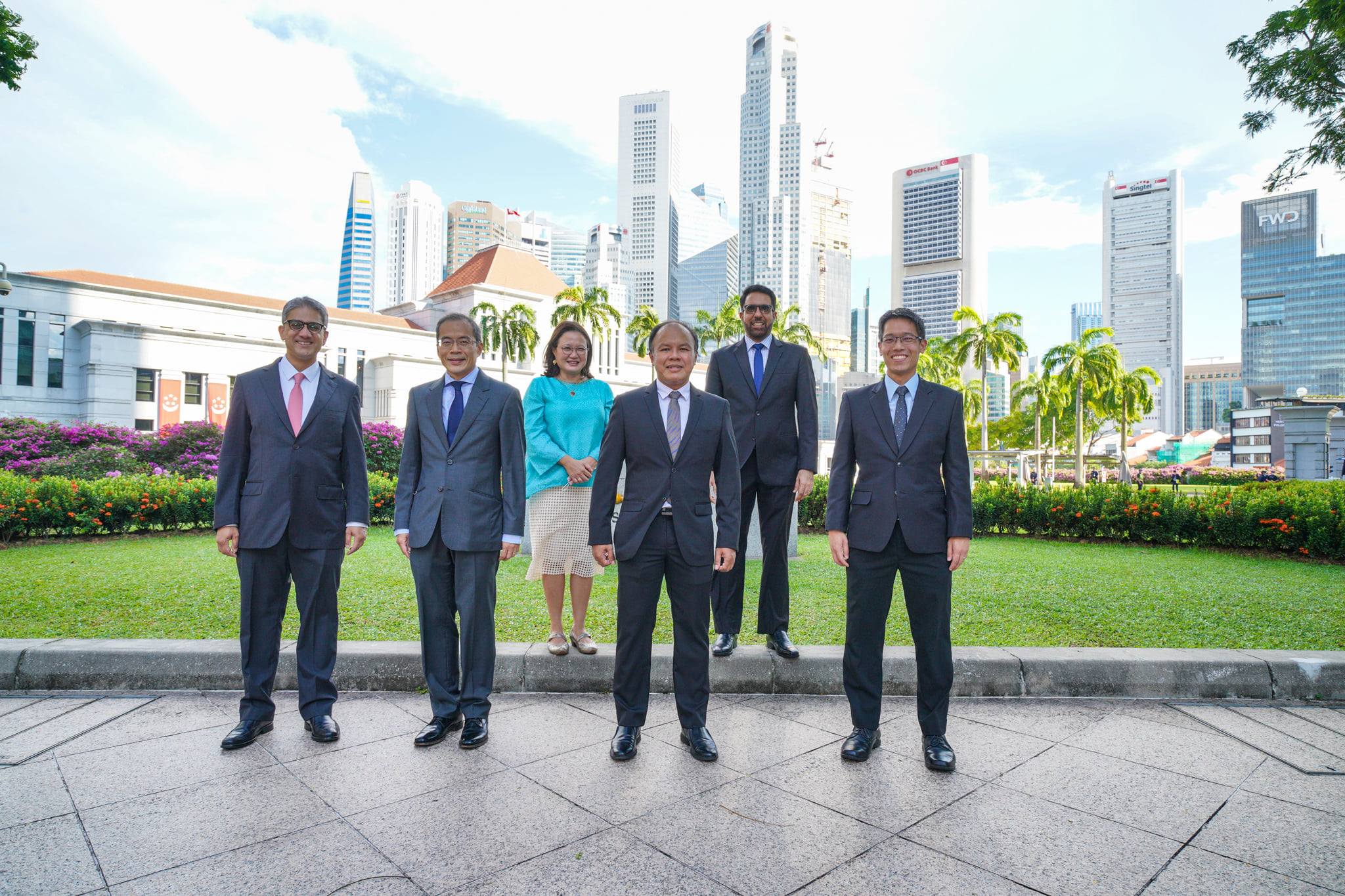 And also a photo with the newest MPs of them all, the Sengkang team that shocked Singapore. 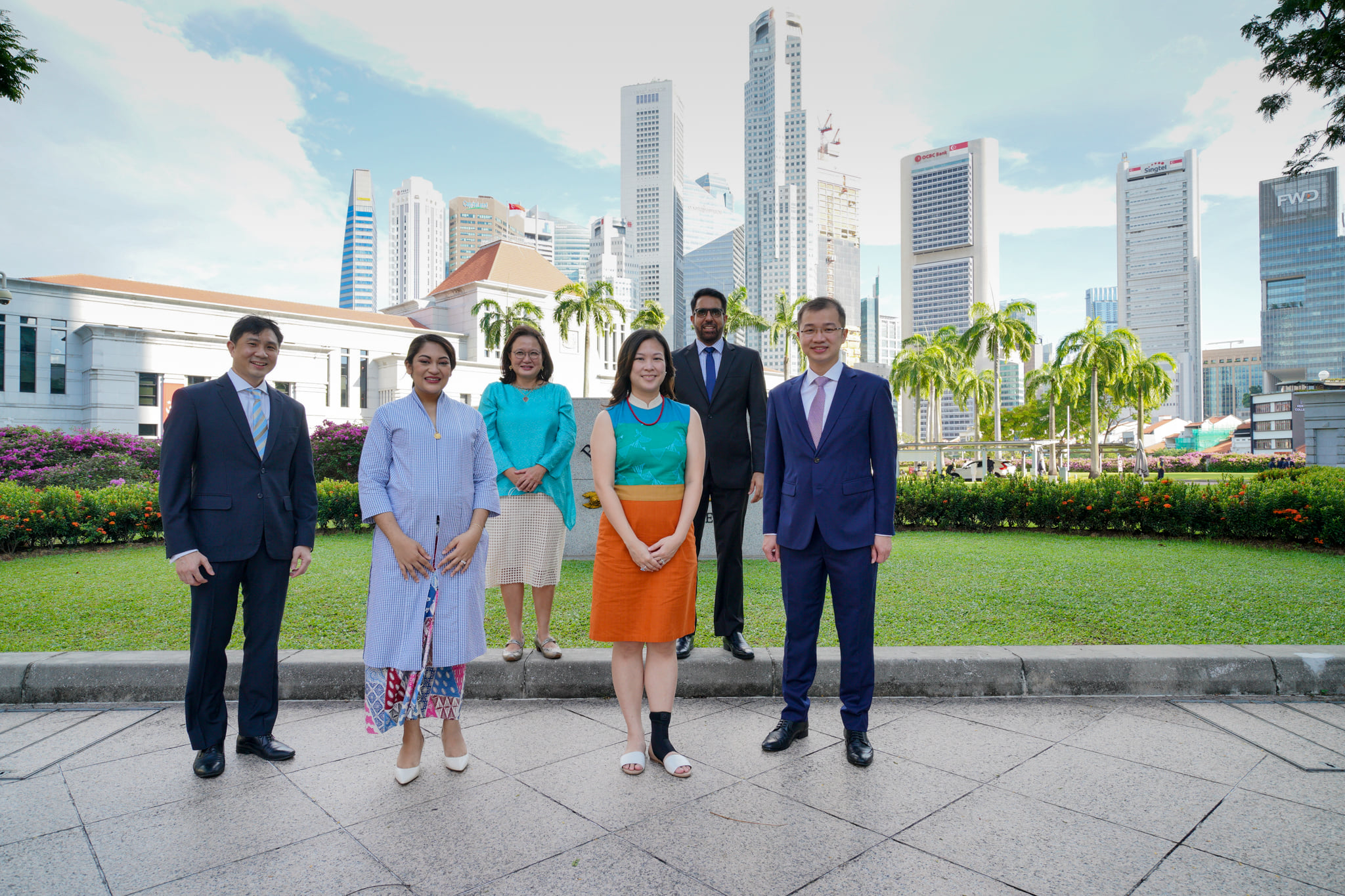 Now that they’ve been sworn in as full-fledged MPs, congratulations are in order for the newly minted WP MPs.

The hard work starts now, though, as they have to speak up in Parliament about the President’s Address and the latest Covid-19 support measures.

We wish them all the best for the next 5 years.