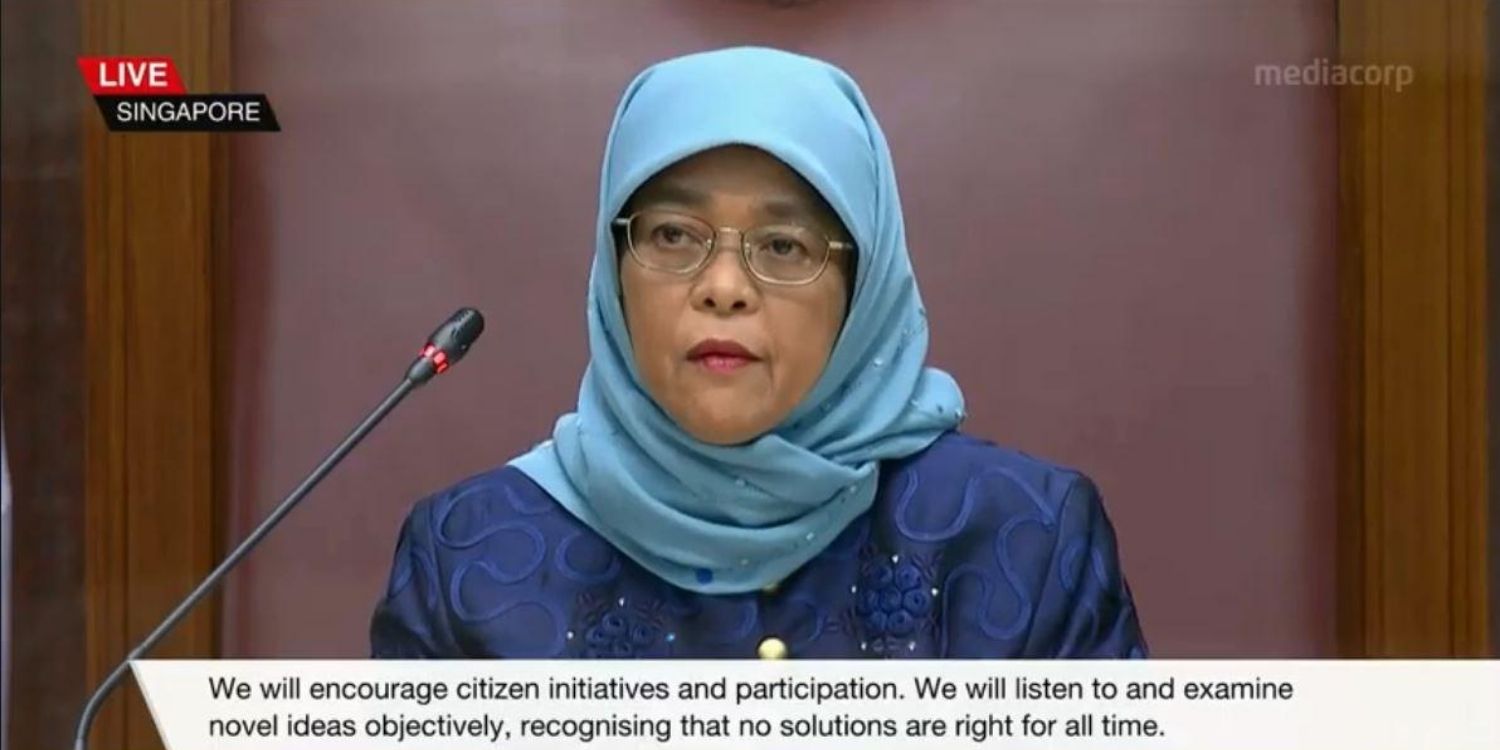 S'pore's at an "inflection point" in its history, she said.

The 14th Parliament of Singapore finally opened on Monday (24 Aug), more than 1 month after the 2020 General Election.

For the first time, it opened at 2 locations, Parliament House and Arts House, due to the Covid-19 pandemic.

After the new and old Members of Parliament (MPs) took their oaths and were sworn in, President Halimah Yacob got the ball rolling by delivering the President’s Address.

During her 30-min long address, broadcast on YouTube, one of the significant things she did was acknowledge that younger Singaporeans want more diverse voices. 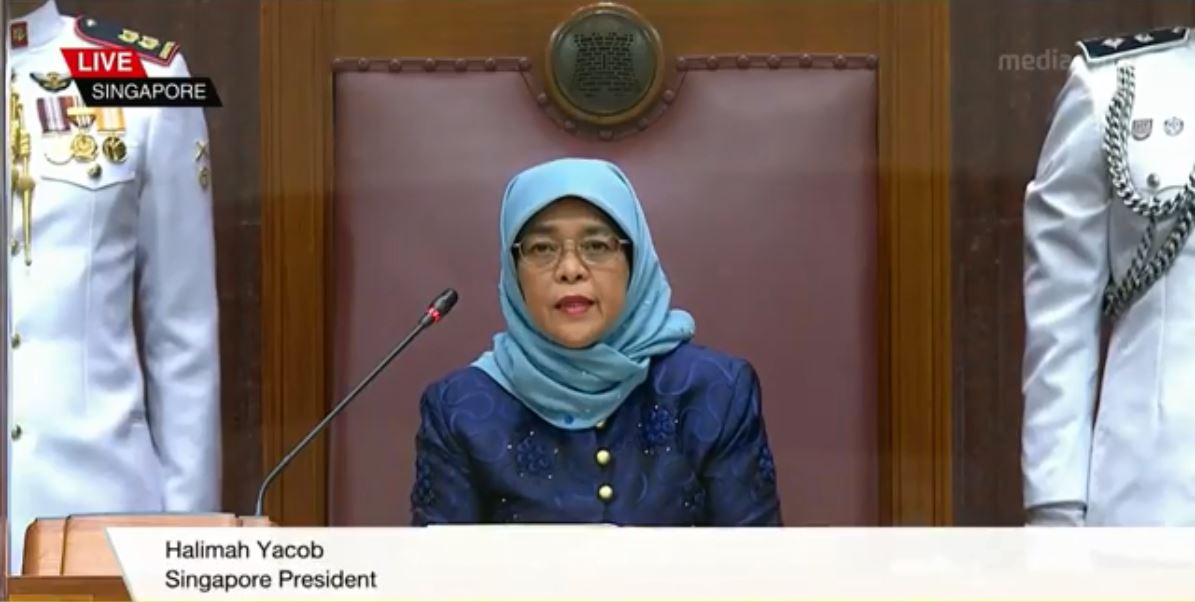 In her speech, she set out what the Government planned to do during the next 5 years.

She noted that Singapore was at an “inflection point” in its history.

That’s because we are seeing new generations of Singaporeans becoming vocal about their new aspirations and expectations.

One of those is a desire for more diverse voices, and stronger checks and balances.

New leaders will have to accommodate diverse views

The new leaders will have find a way to work with the new generation of Singaporeans, she said.

Importantly, the new leaders will have to accommodate more diverse views.

They will also have to foster a more open spirit in society, she said.

Thus, the Government will tweak its policies to suit these circumstances. It will also encourage Singaporeans to participate and listen to new ideas, recognising that no solution can be the right one all the time. Younger Singaporeans, on their part, need to have restraint and mutual respect when talking about sensitive issues, President Halimah said.

While it’s good that they want to discuss issues like race, religion and language more candidly and openly, they should recognise that they are issues that strike a deep chord in people, she added.

So if opposing groups are too extreme in pushing their agenda, Singapore’s social cohesion may split apart.

Thus, if progressive ideals of having a fair and just society are wanted, the support and participation of all Singaporeans is needed, not just the Government. 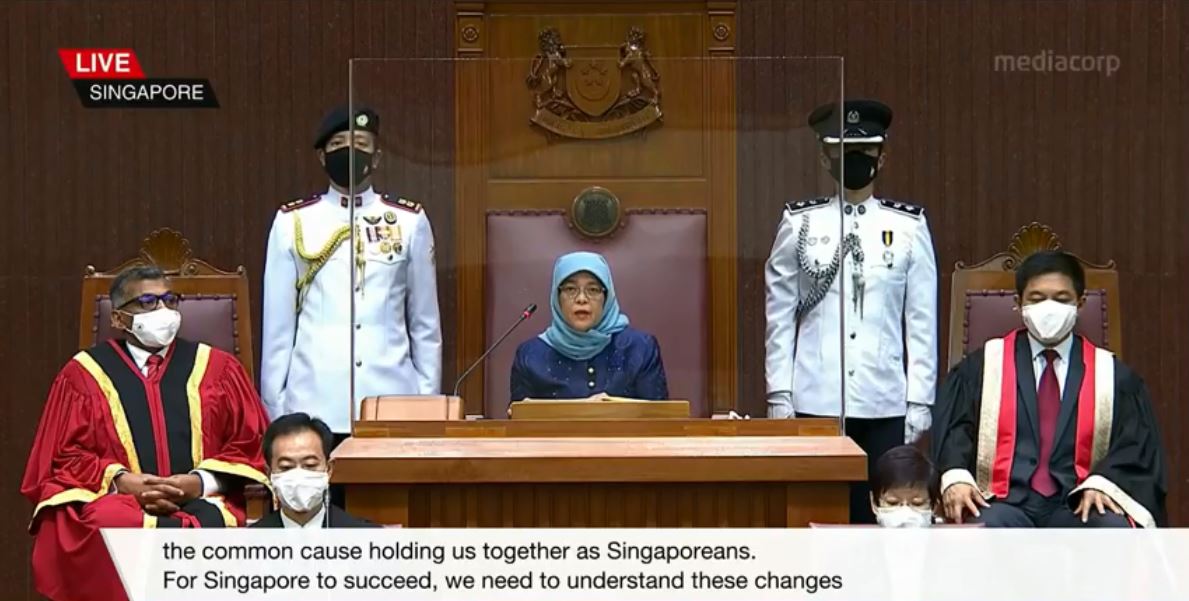 Thus, Singapore should keep society “open and socially mobile”, instead of letting it “stratify and ossify over time”.

As an example of keeping society open, the Government has made a concerted effort to value a wide range of talents in schools, she said. 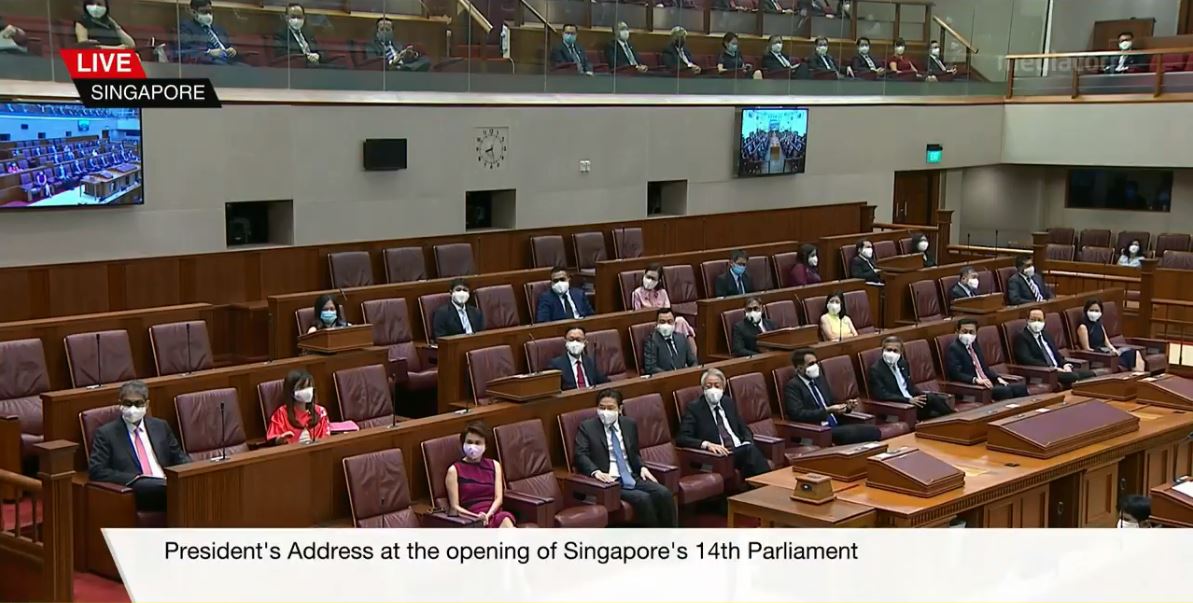 A tightly knit people can move ahead

As Singaporeans grapple with the fallout from Covid-19, the Government will do more to help them tide over the crisis.

The more closely knit we are as a people, the further we can move ahead as a nation.

There will be a debate on her address starting from next Monday (31 Aug), when Parliament reconvenes again. You can catch her whole address here:

What do you think of what President Halimah said? Do share in the comments.