Raeesah Khan Shares That She Sees A Therapist, Aims To Normalise Seeking Of Help Over Mental Health

Even before the Workers’ Party’s (WP’s) win in Sengkang GRC, there was an outpouring of support for candidate Raeesah Khan.

When police reports were made against her over Facebook posts in the past, netizens stood behind her, and she was elected as a Member of Parliament (MP) shortly after.

A big reason for her support is that Ms Khan creates spaces for difficult conversations in Singapore, especially topics we tend to shy away from, like mental health issues.

Opens up about going to therapy

One of the ways in which Ms Khan champions mental health issues is by bravely opening up on Twitter on how she works on her own mental health. 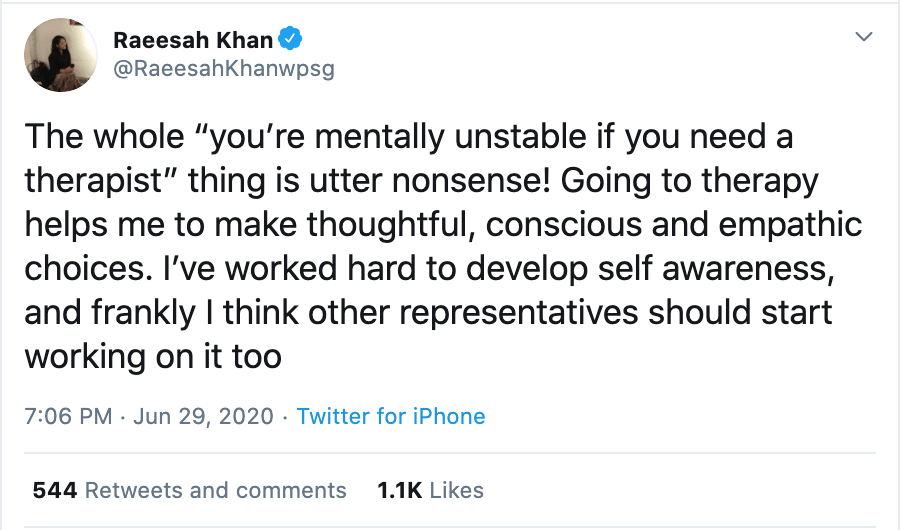 In her tweet, Ms Khan debunks the common notion that going to therapy is only for the mentally unstable. Instead, she elaborates that therapy helps her make “thoughtful, conscious and empathic choices”.

She even cheekily suggested that other representatives would benefit from working on their self awareness too.

Showing that she has a sense of humour even while standing for election, she joked that she’ll have to explain to her therapist why she put herself through it.

Ultimately, Ms Khan is honest about seeing a therapist as she aims to normalise the seeking of help when we’re in a tough spot in terms of our mental health. By doing so, it will remove the stigma of seeing a therapist.

Once the stigma is removed, it will in turn improve the mental health of the population, as more people will seek professional help when needed.

On Reddit, Ms Khan’s openness over mental health issues has already inspired a conversation about how they are perceived in the local context, and how this needs to improve. 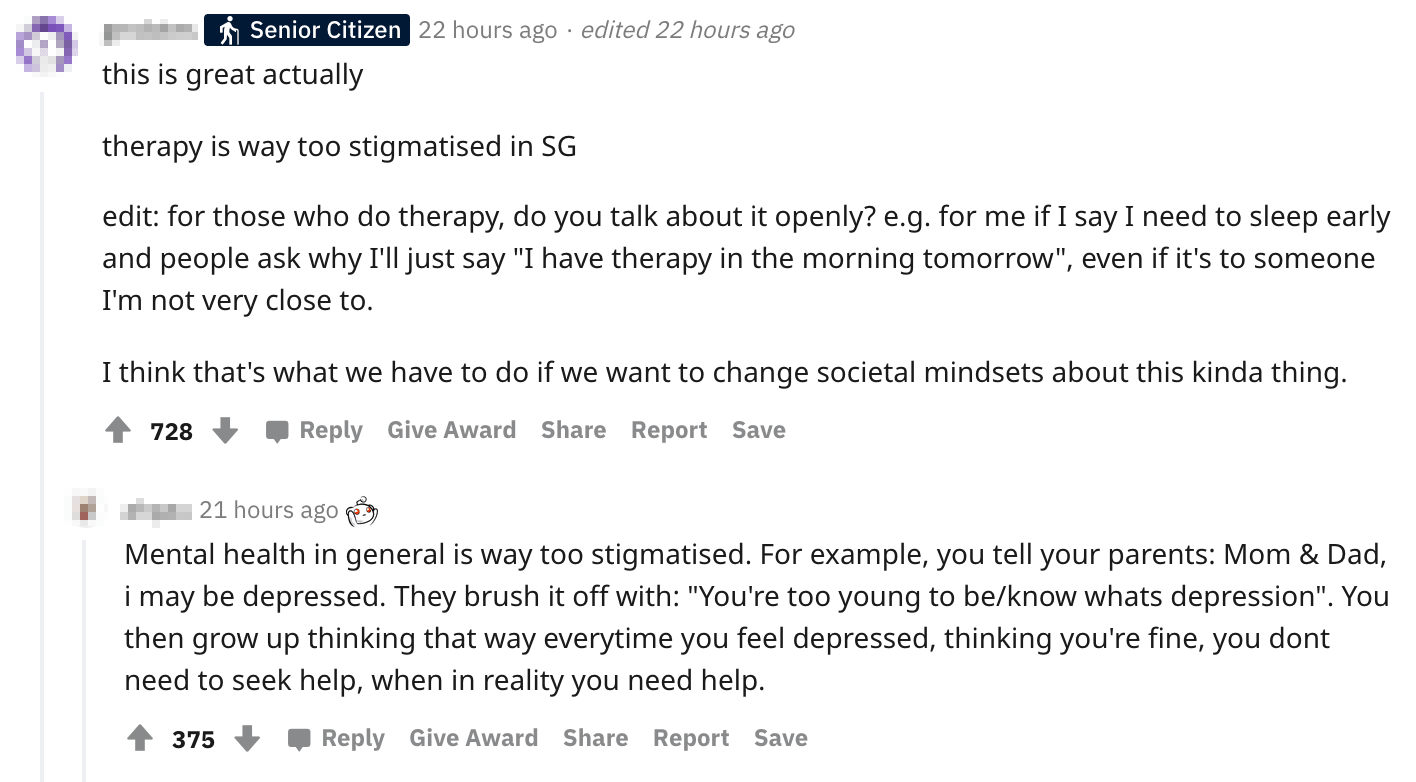 Her authenticity makes her relatable

On the day before Nomination Day, while some candidates would be loath to display any signs of weakness, she instead shared on Twitter about being nervous. 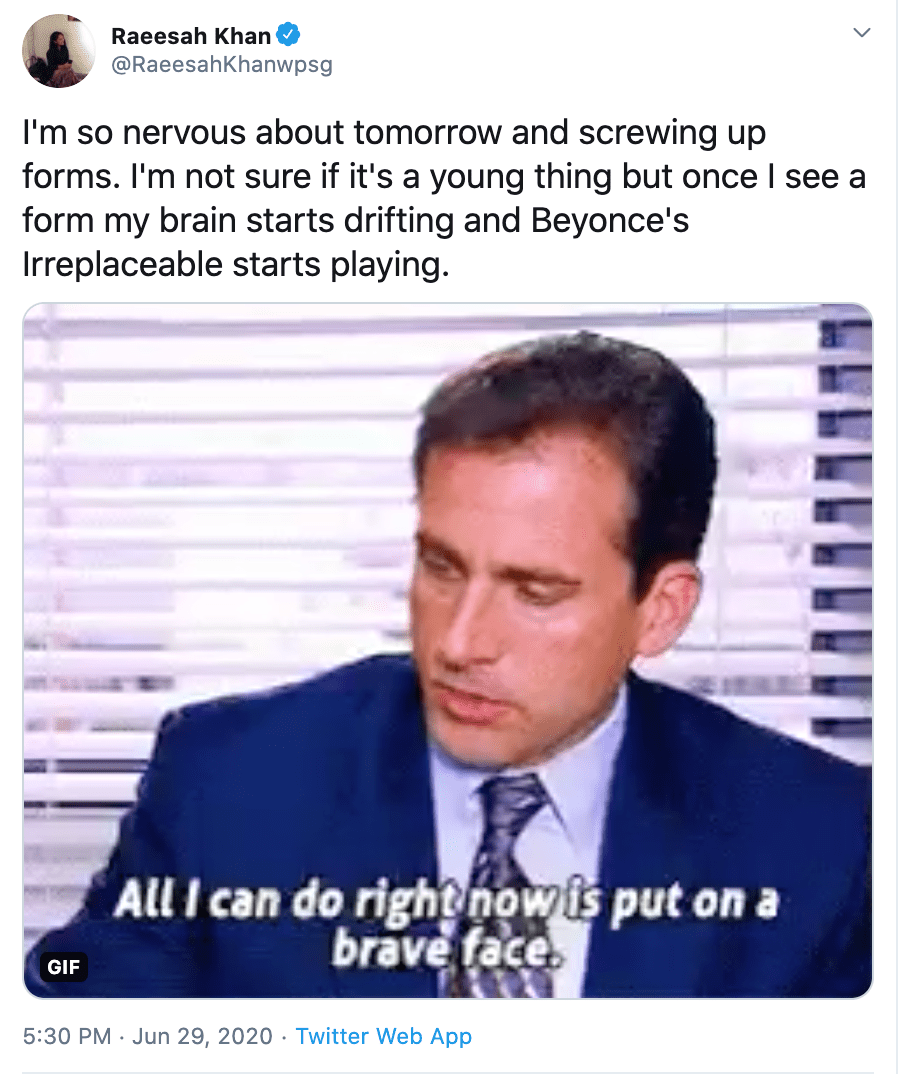 She also referenced a song by Beyonce and added a gif from comedy “The Office” – something that would definitely help younger people relate to her.

As an indication of her online popularity, netizens showed their support and rallied behind her before she was elected.

After she was elected, there was also an outpouring of support and congratulations for the MP-elect.

The work has just begun for the young MP

Ms Khan exhibited bravery in the face of a challenging campaign period where people tried to bring her down.

But she didn’t back down, and now she will become the first Malay female opposition MP, and also the youngest-ever elected MP at 26 years old.

Now, she faces greater challenges still, as she stands in Parliament for the people and causes she represents.

We congratulate Ms Khan on being elected, and wish her all the best on her journey.