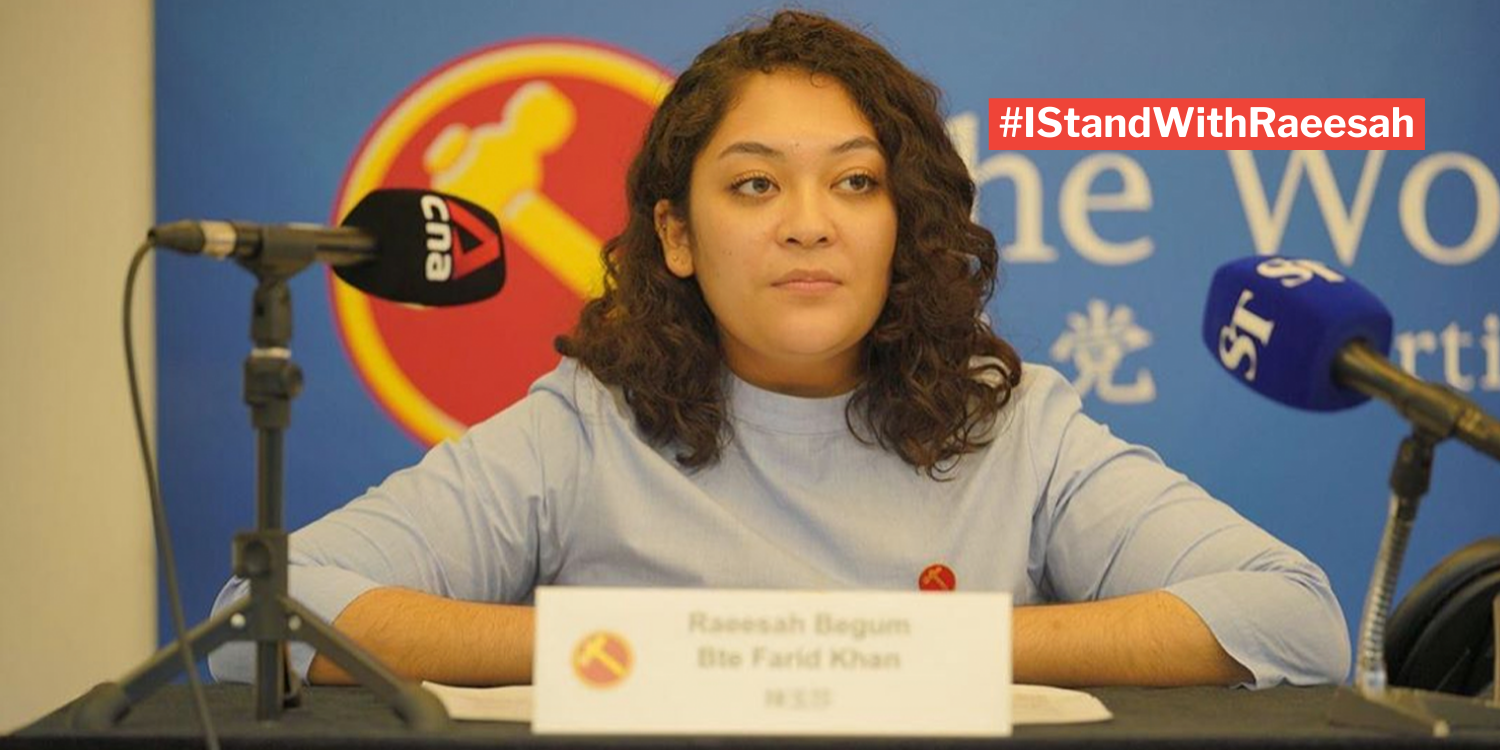 #IStandWithRaeesah has been trending since last night.

Last night, the media was in a frenzy as 2 police reports were filed against the Workers’ Party (WP) candidate for Sengkang GRC, Raeesah Khan. 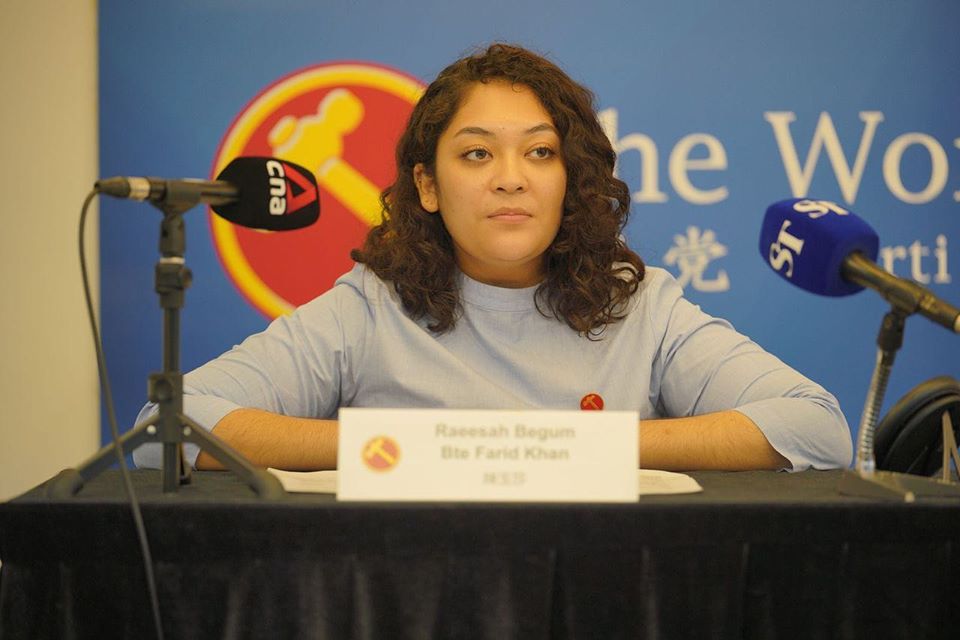 These were in relation to social media comments posted in 2018 that were alleged to be discriminatory based on race and religion. She has since apologised for the incident & shared that she will cooperate with investigations.

We compile their thoughts on the matter here.

Twitterverse stands with Raeesah after police reports were made

In summary, many Twitter users were of the opinion that a police investigation was unwarranted.

This netizen states that Ms Khan wasn’t intentionally inciting enmity between racial and religious groups, but was speaking up about “racial issues in Singapore”.

Twitter users also lauded the candidate for her courage, in “speaking the truth to power” and calling out “inequalities” in society.

Other netizens urged the public to keep their perspectives with regards to the matter, while expressing their support for Raeesah.

#CatsForRaeesahKhan soon became the next trending hashtag, as Ms Khan’s supporters sought to offer comfort for her in the midst of the media incident.

To quote the Twitter user who had started this trend,

should we do a #CatsForRaeesahKhan support hashtag for her since she’s clearly had a bad day?

Netizens are certainly a fur-midable force. 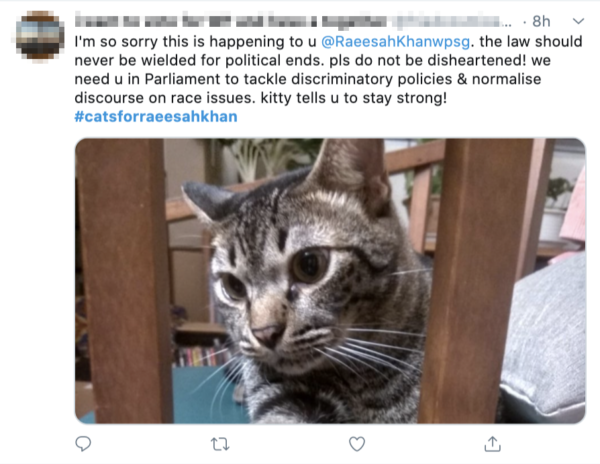 Twitter was soon blessed with pictures of lovable cats as cat lovers jumped on the bandwagon to express their heartfelt encouragement and support. 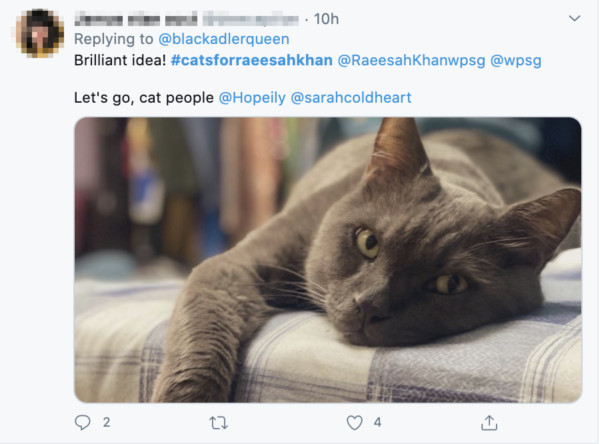 Prior to the police reports, Ms Khan’s popularity on the social media platform could be attributed to the issues that she champions.

Mental health awareness is one of them, and she has openly talked about going to a therapist before, without social stigmas.

As an activist, she also campaigns strongly for the empowerment of the marginalised in society.

How will this play out at the polls?

Judging by the comments on the wake of this incident, Ms Raeesah Khan seems to be passionate about civil liberties in Singapore that could explain why many youths have gravitated towards the candidate’s platform.

However, she has admitted that the comments in 2018 may have impacted racial harmony, and apologised for the matter.

As this Twitter user points out, the way Raeesah and the WP team handled the incident may have even gained them greater respect and recognition.

But media issues like this can greatly influence WP’s campaign. The effects this has on the eventual results come polling day will be hard to predict.

What do you think about this incident? Let us know your thoughts below.