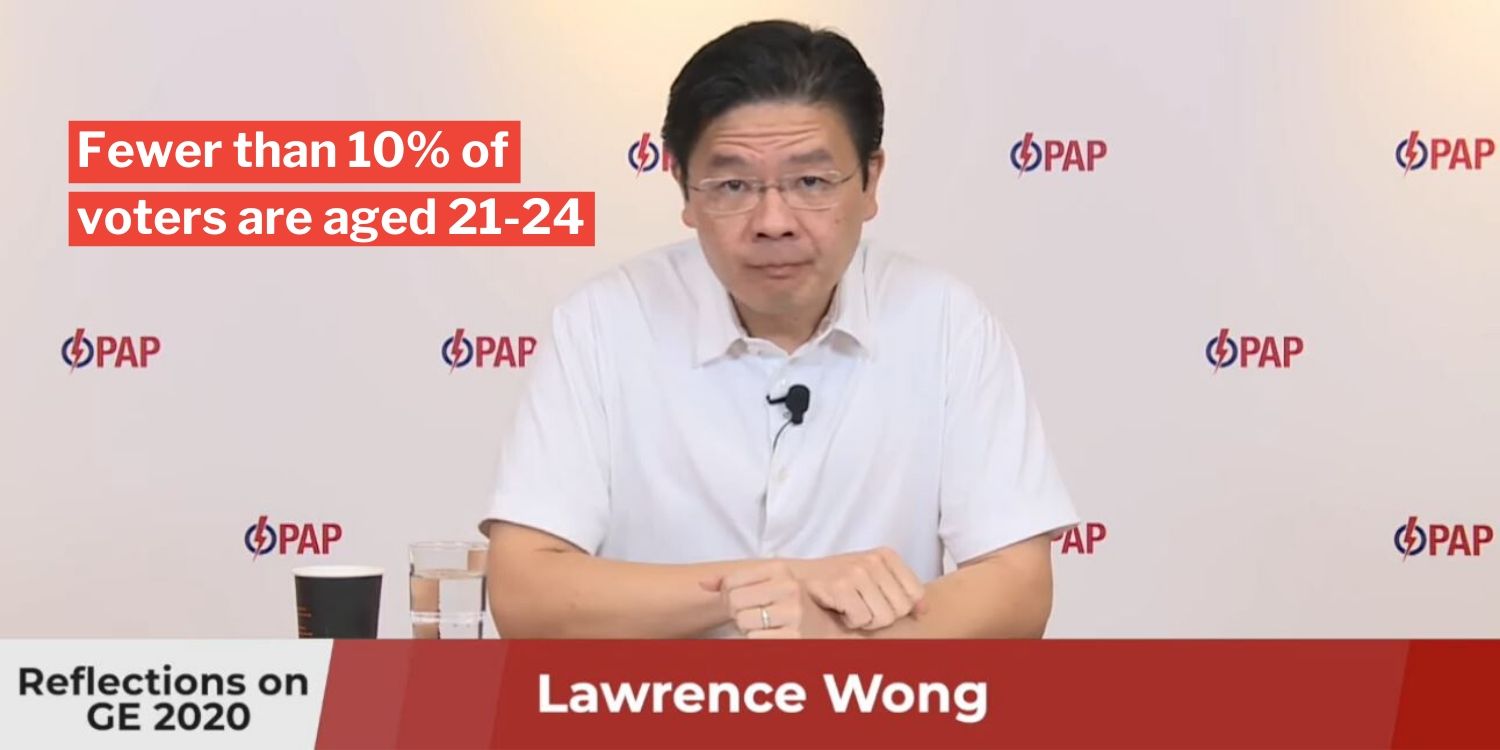 There was also a fall in support among private-property dwellers.

The 2020 General Election (GE) was a watershed one in many ways – it was held amid the Covid-19 pandemic, it was announced by Prime Minister Lee Hsien Loong in a “live” video, physical rallies were banned, and the opposition made historic inroads into Parliament, winning its highest-ever number of 10 seats.

Thus, marking another first, the ruling People’s Action Party (PAP) has released a quick analysis of GE2020 just 9 days after the hustings, also in a video.

In the analysis, Minister for National Development Lawrence Wong said the party’s reduced vote share of 61.24% wasn’t primarily due to the way it campaigned – some commentators had said that there was a voter pushback against perceived negative campaigning by the party.

Rather, the PAP got fewer votes from those in their 40s, 50s and 60s who experienced income uncertainty due to the Covid-19 crisis. 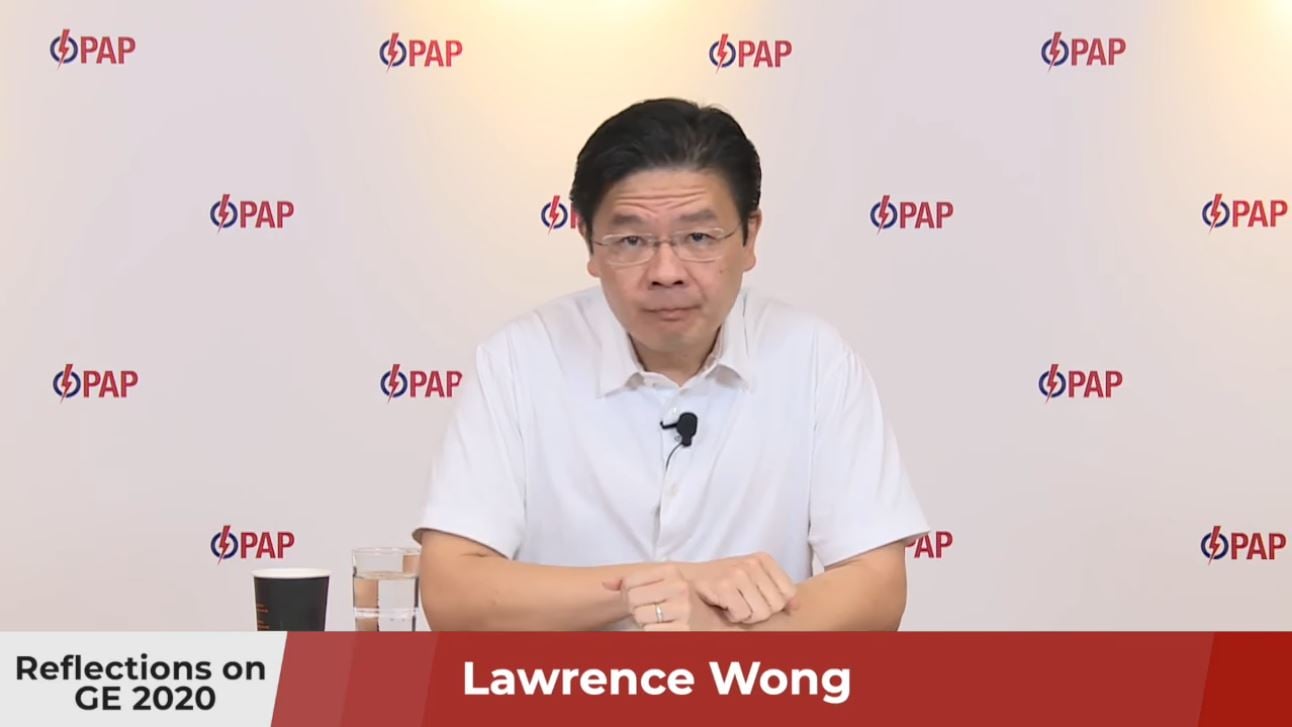 Vote swing not concentrated solely among the young

Mr Wong, who is a member of the PAP’s Central Executive Committee, was tasked with delivering the analysis and taking questions from the media at a press conference broadcast on Facebook on Saturday (18 Jul). Here’s the full video.

In his message, he refuted the conception that young voters had abandoned the PAP nationally, pointing out that many constituencies with young voters had good support for the PAP, for example Punggol West Single-Member Constituency (SMC).

According to Mr Wong, first-time voters aged from 21 to 24 make up less than 10% of the electorate.

Those in their 20s and 30s form just one-third of eligible voters in Singapore, he added.

However, those aged 40 and above make up 70% of the electorate, and this shows that the vote swing against the PAP is not concentrated solely among the young.

Thus, unhappiness over issues that younger voters are perceived to care more about – like the PAP’s style of campaigning, how we talk about race, or the Protection from Online Falsehoods and Manipulation Act (POFMA) – aren’t the only reason for the vote swing against the PAP, Mr Wong said. 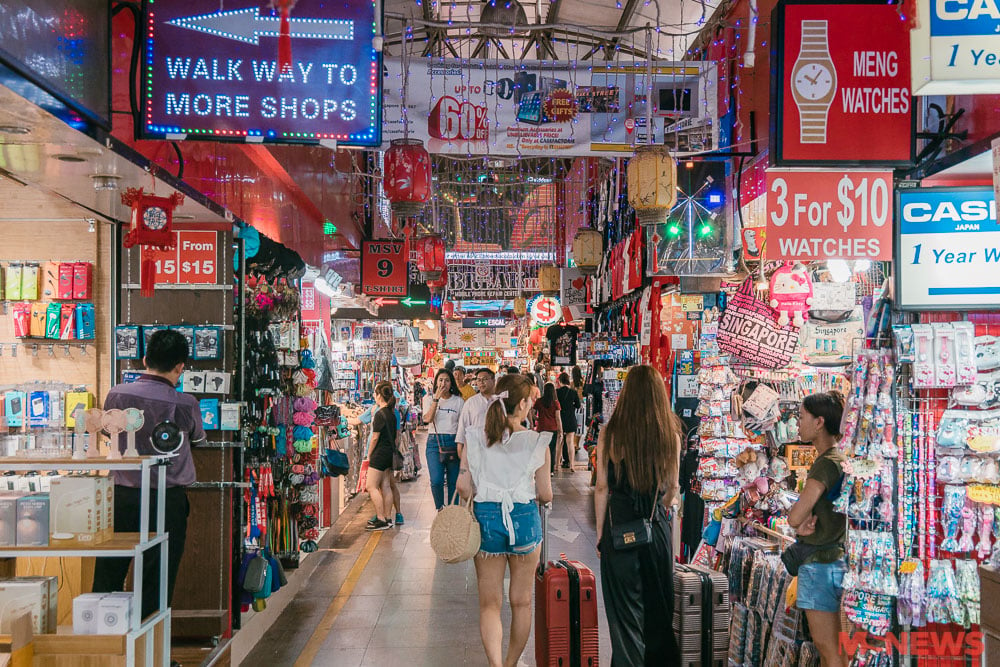 Nevertheless, Mr Wong was asked by a reporter whether PAP’s style and tone of campaigning had alienated the youth.

He said that the review will also look into that, and see how the party can improve its campaigning style in terms of:

From what Mr Wong said, it’s obvious the PAP is aware about the commentaries saying that the PAP’s style of campaigning wasn’t accepted by segments of the electorate, especially younger voters.

A few times, the party casted aspersions on the characters of opposition candidates.

Then, when Singapore Democratic Party (SDP) chief Chee Soon Juan wouldn’t let up over the “10 million population” issue, a PAP statement was released saying it was “disappointed but not surprised” that Dr Chee had propagated in what it deemed to be a falsehood. It also professed disappointment in SDP chairman Paul Tambyah, saying it thought he was a better man. The spousal abuse analogy in the statement was also decried by Aware as insensitive.

More pertinently, when police reports were made against WP Sengkang candidate Raeesah Khan for allegedly insensitive remarks in old Facebook posts, the PAP dug in, asking why WP still considers her worthy of standing as an MP. As we all know, Sengkang voters didn’t care about that, and duly elected Ms Khan as an MP. So if the unhappiness over progressive issues wasn’t the reason for the PAP losing votes, what was?

According to Mr Wong, there was a fall in support among those in their 40s, 50s and early 60s.

These voters suffered economic pain due to the Covid-19 pandemic, including

The reduced support is quite understandable, said Mr Wong, despite the Government trying to minimise the impact via the various schemes and handouts of cash and SkillsFuture credits.

…given the magnitude of this crisis, it is really very hard — no matter what kinds of resources that you can mount to help them — to talk about businesses that are facing difficulties, contractors who are unable to work. 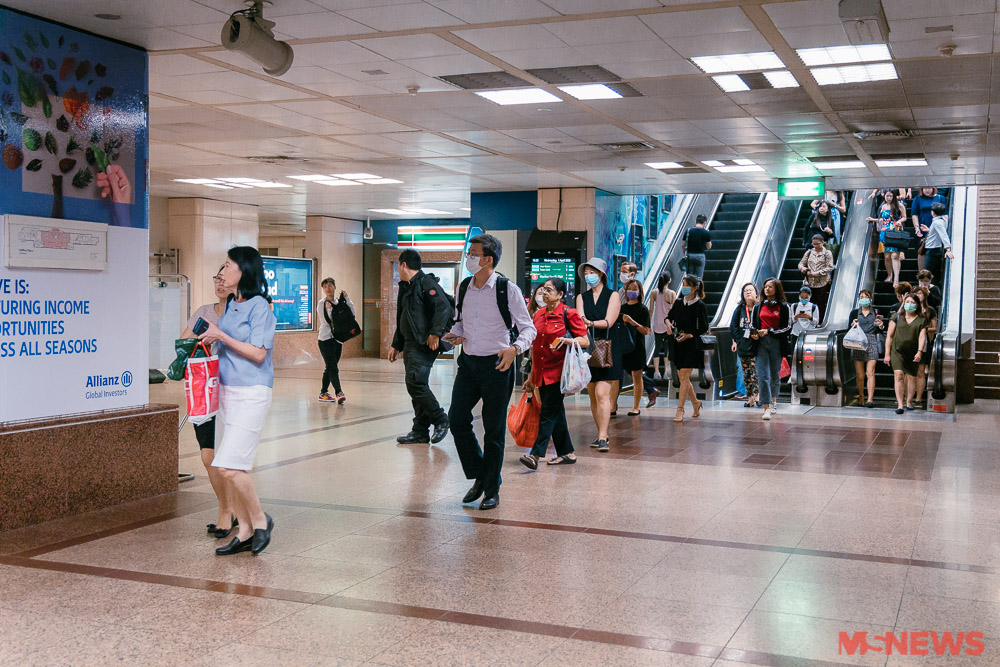 Fall in support among private-property voters

Mr Wong also highlighted that those who live in private landed homes and condominiums had swung towards the PAP in GE2015, but swung away in GE2020.

The support from this segment of voters wasn’t as strong due to similar worries over the economy, he added,

… perhaps because they felt that they were not sufficiently supported during the crisis.

However, he added that this didn’t necessarily apply across all private estates, and was just a general sentiment. 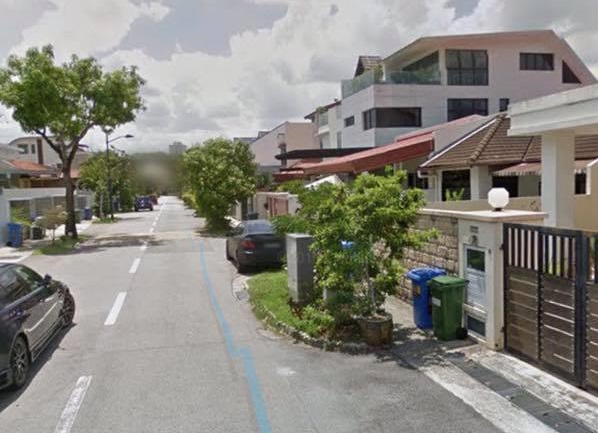 GE2020 result was within expectations

Overall, Mr Wong said, the PAP didn’t expect a repeat of GE2015, where it received close to 70% of vote share, due to the backdrop of the Covid-19 pandemic.

The PAP did get 4 percentage points less than expected though – which translates to about 100,000 votes lost.

However, many pundits thought the PAP would get above 70%, and some even predicted an opposition wipeout.

The opposition capitalised on this fear, Mr Wong said, as well as “chipped away” at Singaporeans’ unhappiness and seized on their desire to have a diversity of views in Parliament. 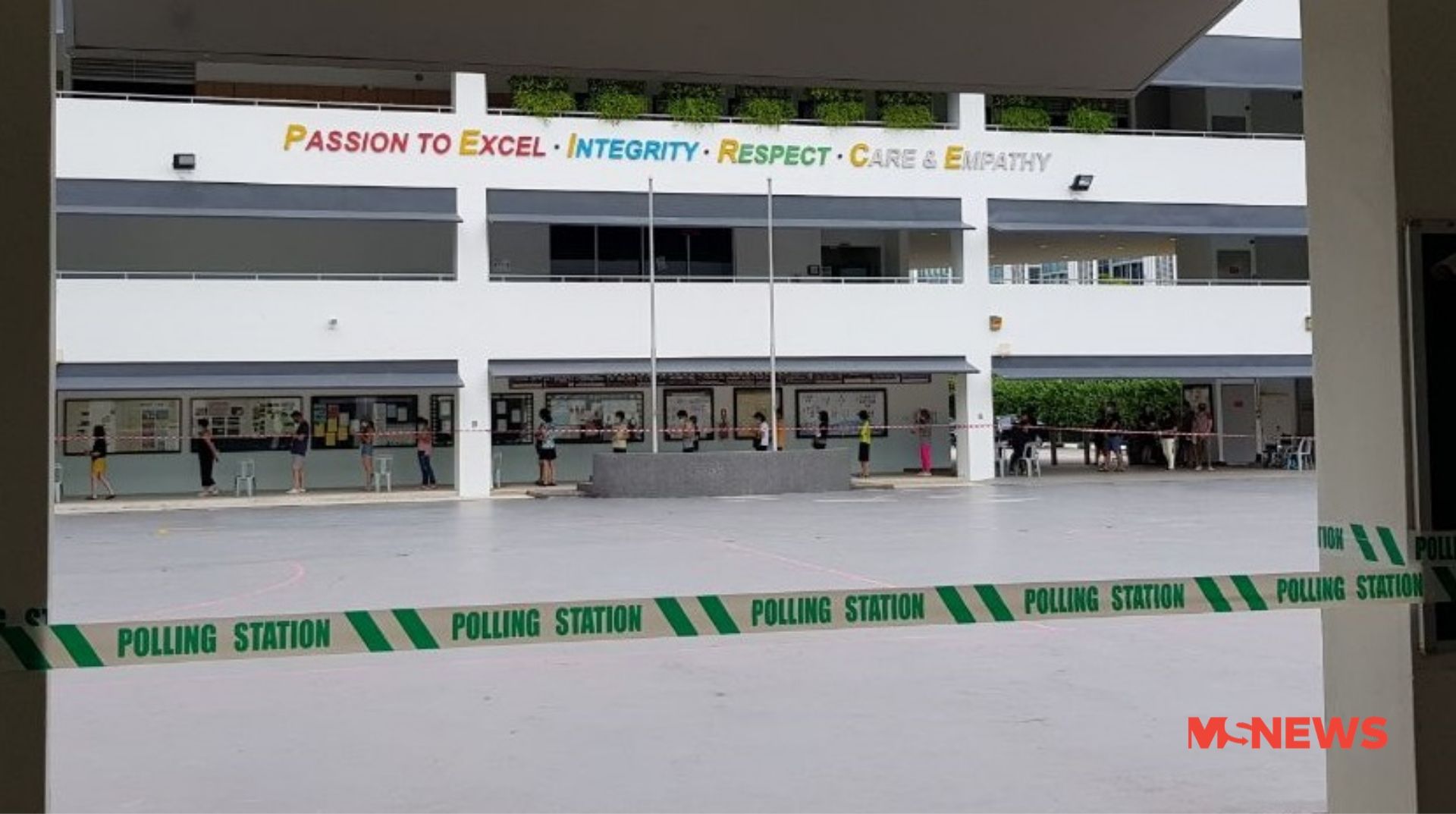 Result seems like a setback as people expected more

Ultimately, Mr Wong said, the widely held expectation that the PAP would get a higher vote share at the top end of 60% “coloured” the eventual outcome as a setback.

While the vote share is significantly lower, we think it’s a still a strong indication that Singaporeans want the PAP to govern.

What do you think caused the PAP’s vote share to fall? Middle-aged voters concerned about jobs, or younger voters who didn’t like its style of campaigning? Or a combination of both?