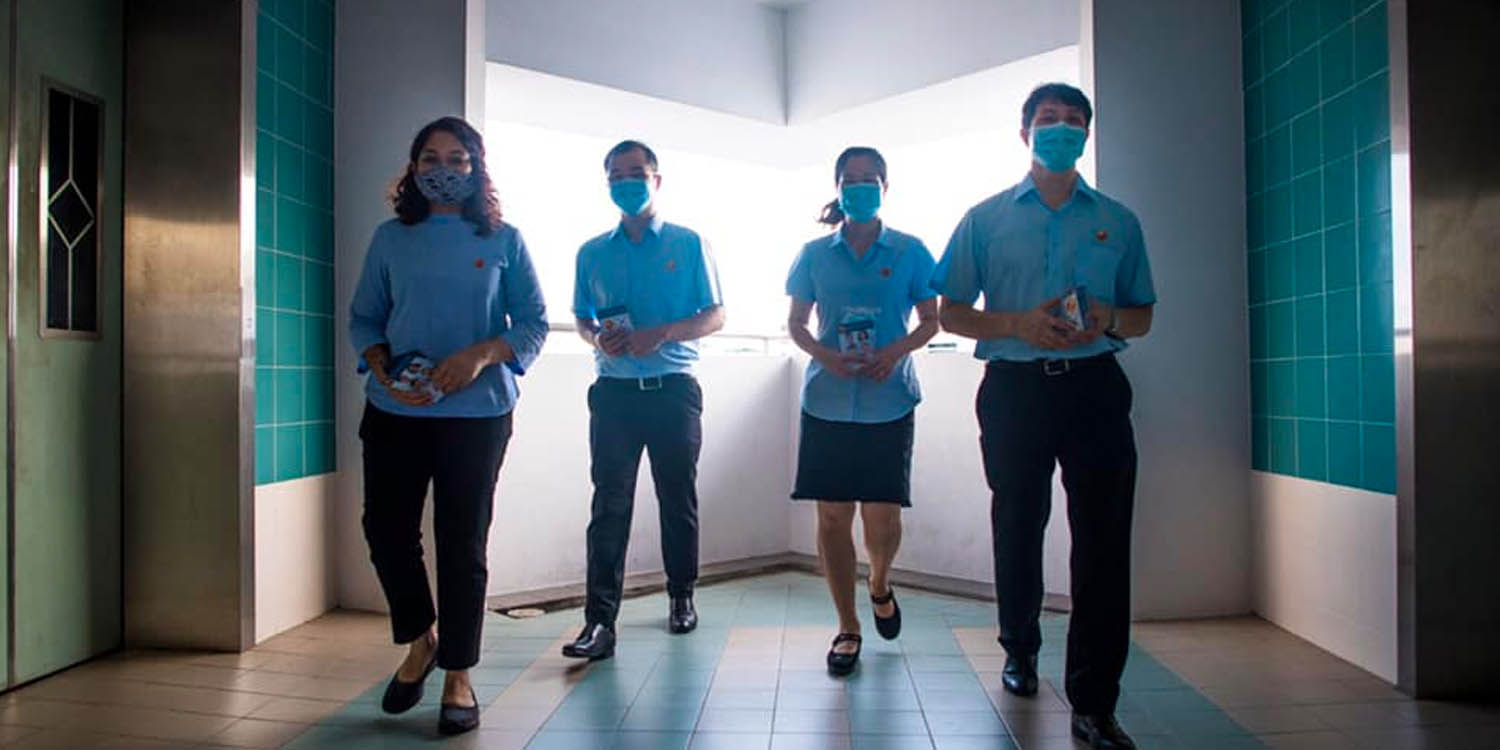 Singapore’s General Election 2020 (GE2020) has turned out to be much more dramatic than expected, with candidates dropping out and accusations flying around.

Most recently, Workers’ Party’s (WP) youngest candidate, Ms Raeesah Khan, had 2 police reports lodged against her, for comments she had supposedly made on race 2 years ago.

Despite the rocky situation, it looks like WP has taken the setback in their stride, with Dr Jamus Lim posting a picture to Facebook today, saying they’ll “keep walking”. 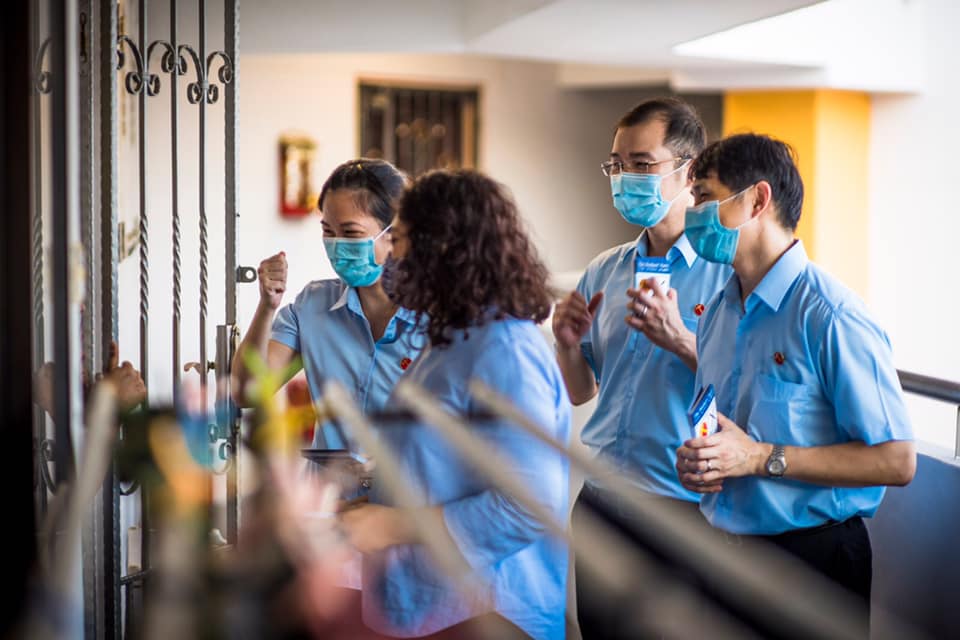 Ms Khan had already apologised for her past remarks yesterday (5 Jul) evening, saying that she never intended to cause “social division”, and meant to shed light on issues concerning minorities. 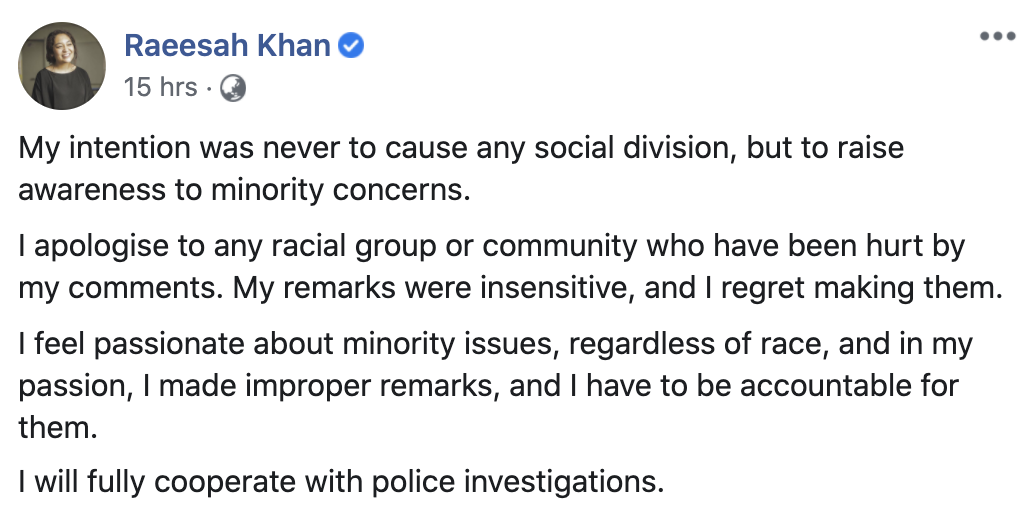 However, PAP released a statement today (6 Jul), calling for Ms Khan to “make public her other posts” and that the WP should “review those too”.

The statement also questioned WP’s decision to still consider her a viable candidate, saying that they should not be asking voters for a “blank cheque” in any of the areas they’re contesting in. 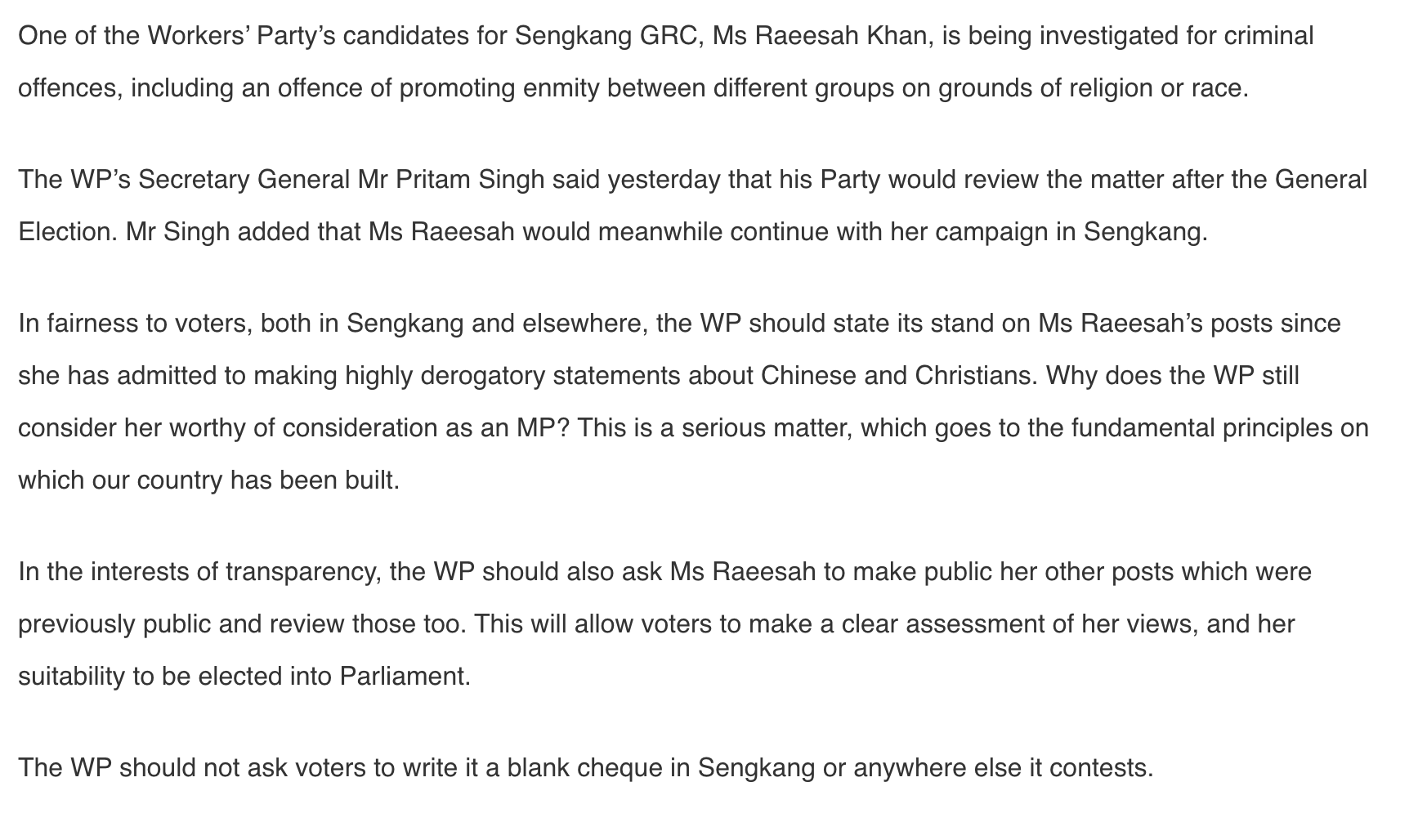 He reposted a picture of the team from Ms He Ting Ru during one of their walkabouts with the caption, “We keep walking”. 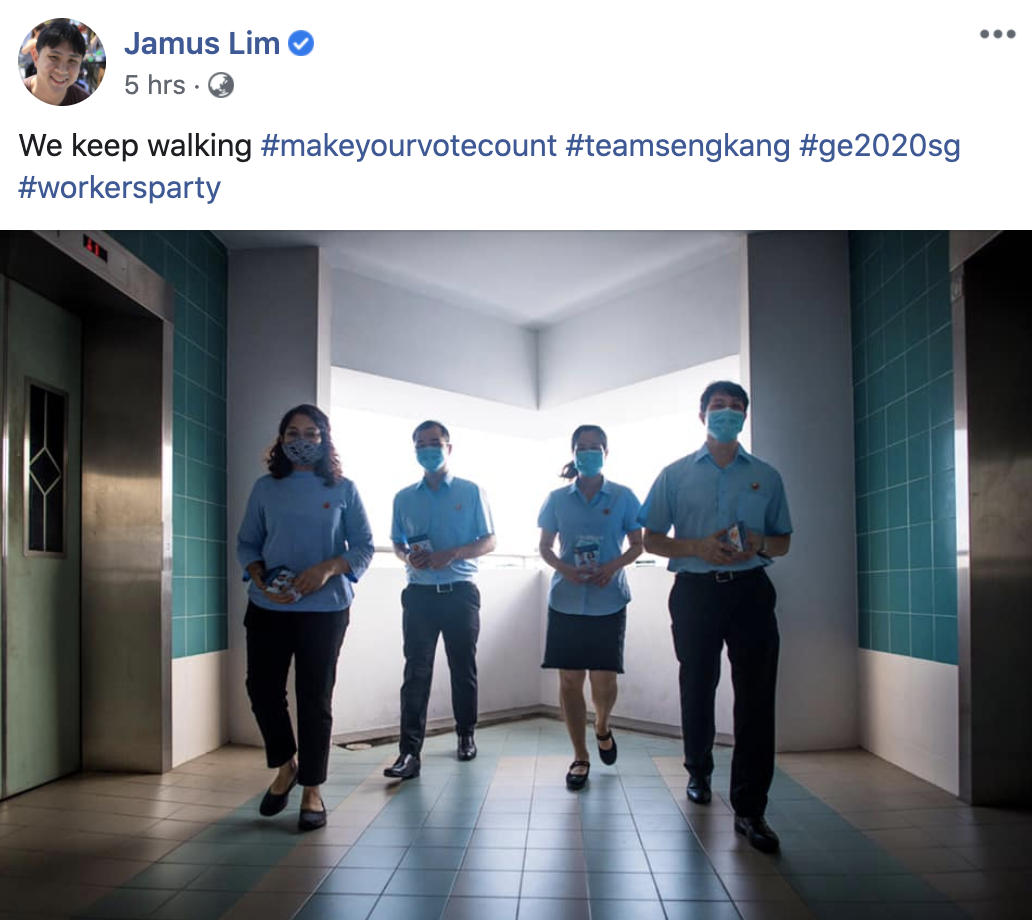 Netizens hopped on the post and left their messages of support for Ms Khan, too, urging her to hold her head up high through the episode.

Others commended her humility, impressed with her prompt and sincere apology. Whatever the outcome of the police investigations involving Ms Khan, it is heartening to see the WP team stand by her throughout these challenging times.

What are your thoughts on this episode? Share them in the comments!