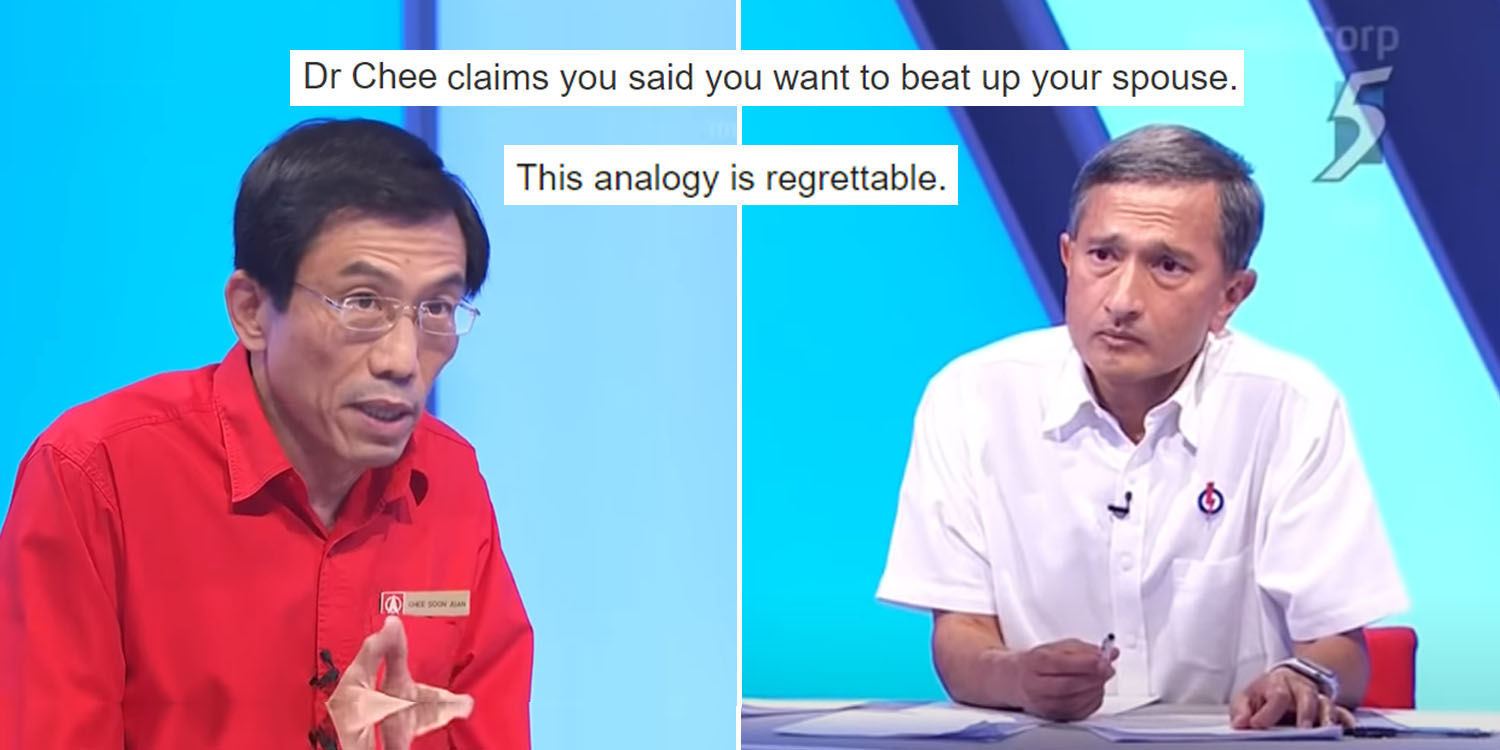 The analogy was deemed insensitive & regrettable to survivors.

As the debate over the ‘10 million population‘ comment continues, an analogy about alleged spousal abuse has drawn attention.

AWARE Singapore has shared their views regarding an analogy used by the People’s Action Party (PAP) to describe the Singapore Democratic Party’s (SDP) actions in a Facebook statement on 4 Jul (Saturday). 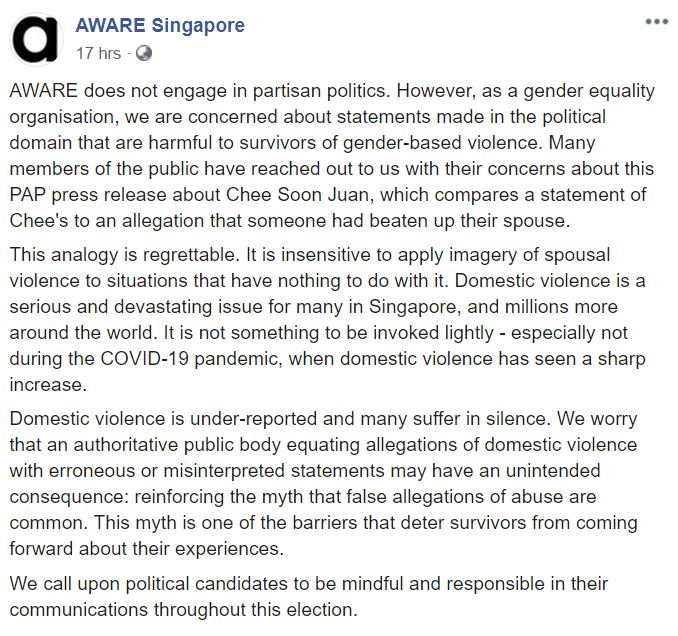 We are disappointed that Dr Chee and the SDP have dug their heels in, repeated their falsehoods, and refused to apologise to Singaporeans for misleading them. Disappointed but not surprised, for we knew Dr Chee has not changed, cannot change, and will never change.

A simple analogy will explain Dr Chee’s mendacity. Imagine this. Dr Chee claims you said you want to beat up your spouse. You deny it, and show proof that you neither said this nor have beaten your spouse. Instead of apologising, Dr Chee says: “Victory! I extracted a promise from you that you will never beat your spouse”.

Members of the public have also reached out to AWARE to raise timely questions on the analogy as well. We summarise the story below.

Based on the party’s statement, the analogy was deployed to explain Dr Chee Soon Juan’s mendacity – aka untruthfulness – based on his televised comment regarding a target of 10 million for Singapore’s population.

The statement called for readers to “imagine” that Dr Chee claimed,

You said you want to beat up your spouse.

After you’ve denied it & shown proof it did not happen — Dr Chee would withhold an apology and claim “victory” for extracting a promise that you’ll “never beat your spouse”.

All of these are hypothetical of course, but AWARE Singapore jumped in on Saturday (4 Jul) to explain why this is problematic.

AWARE prefaces their statement by stating that “partisan politics” isn’t their agenda.

However, they remain concerned about statements in the political domain being “harmful to survivors of gender-based violence”.

This analogy is regrettable. It is insensitive to apply imagery of spousal violence to situations that have nothing to do with it.

Domestic violence cases have spiked due to Covid-19

Stating emphatically that it’s not an act to be “invoked lightly”, domestic violence remains a “serious & devastating issue” for Singaporeans.

Especially since cases have seen a spike during the Covid-19 pandemic. AWARE is concerned that “erroneous or misinterpreted statements” may have consequences that aren’t ideal.

In this case, reinforcing the mindset that false allegations of abuse are common.

If propagated, survivors of abuse may be less willing to come forth with their stories.

This could result in continued “under-reporting” of abuse cases, where some victims may continue to fear calling out their aggressors in even if it’s a real problem.

Finally, AWARE hopes that all political candidates will continue to be “mindful & responsible” in their communications for the rest of GE2020.

We think that more can definitely be done to inculcate a culture of sensitivity & compassion towards survivors of domestic abuse.

What do you think of the analogy used in this case? We’d love to hear your thoughts in the comments below.