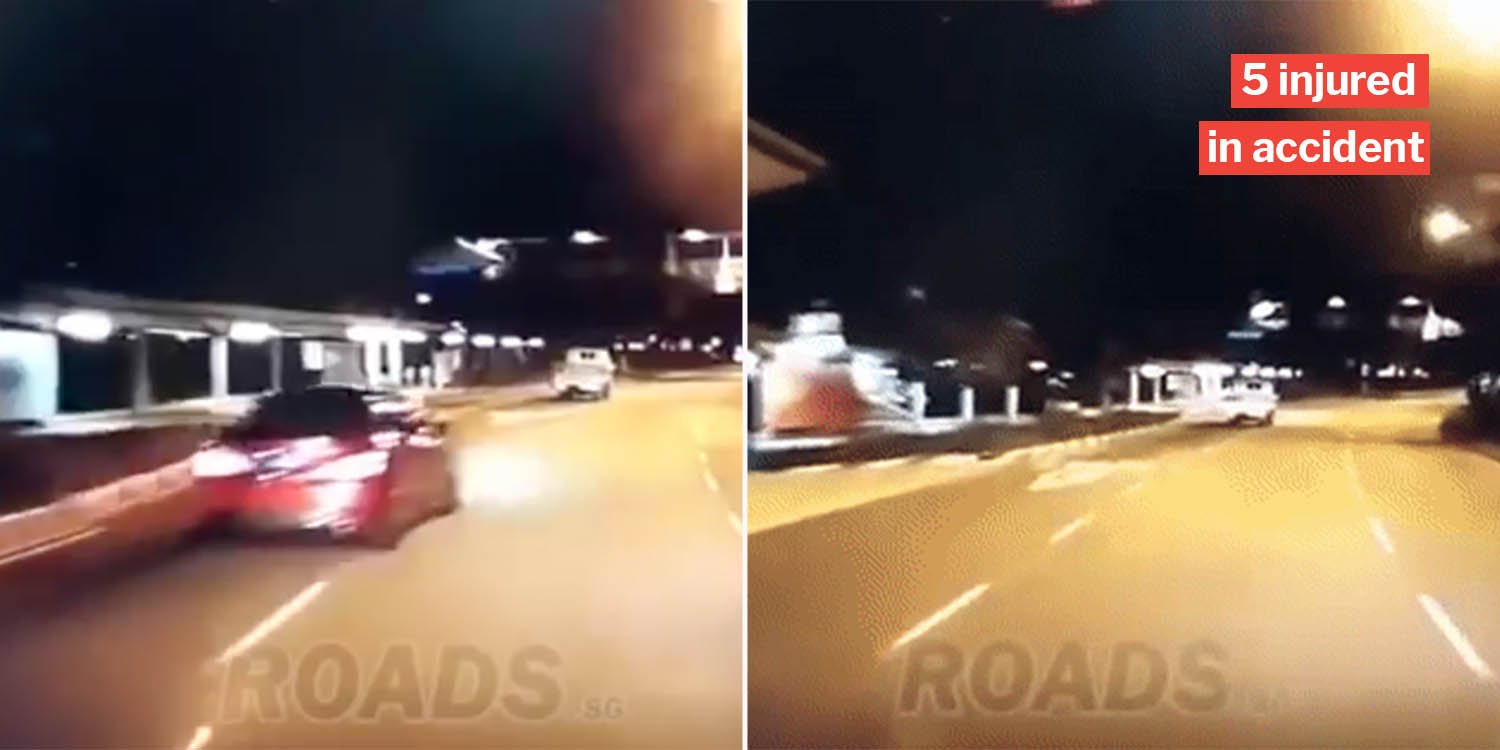 The driver of the red car was a 34-year-old man, who has been arrested for suspected dangerous driving and other drug-related offences, reports 8WorldNews.

Traffic police were alerted of the collision at Tampines Avenue 10 along Bedok North Road yesterday (26 May) night, at 8.53pm.

The accident involved three cars, and a lorry. All 3 drivers were men, aged 31, 55, and 69. They were injured and taken to Changi General Hospital (CGH).

A total of 5 people were injured in the accident, including a 31-year-old female passenger who was also taken to CGH, and a 2-year-old child who was taken to KK Women’s and Children’s Hospital.

Having fewer cars on the road these days doesn’t mean we can slack on road safety. Sadly, this motorist at Bedok North on Tuesday (26 May) night didn’t seem to agree.

In a video shared by roads.sg, the motorist of a red saloon car was seen driving at high speed, before rear-ending a lorry.

The lorry was sent flying across the road partition by the impact of the collision.

According to the post on roads.sg, the collision happened at Bedok North around 9pm on Tuesday (26 May) night.

As seen from the video, the red car was travelling at high speeds before it crashed into the lorry.

The impact of the crash sent the lorry flying across the road, breaking through the partition.

The red car remained on the left side of the road.

Apparently, 4 were injured in the accident, and 1 “young child” was taken to the hospital. 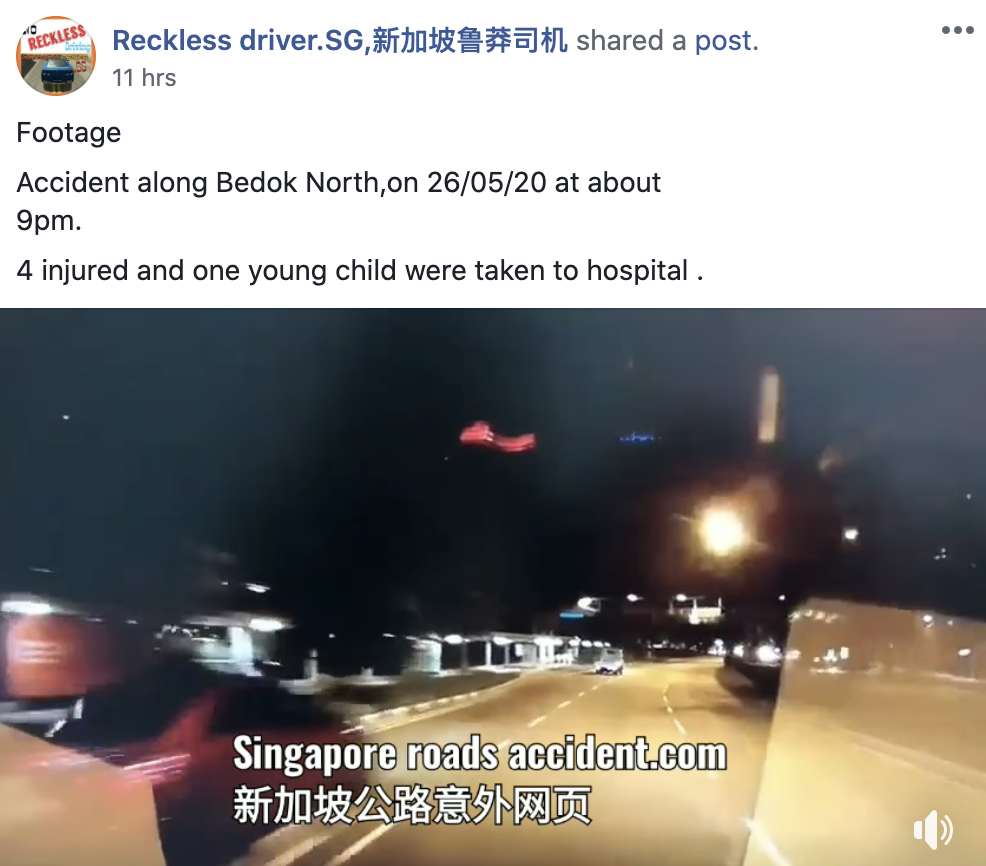 We reached out to Singapore Police Force for details on the accident, but they were unable to comment on the matter.

Drive safely at all times

This goes to show that it’s crucial to observe road safety and drive at safe speeds at all times.

We hope those involved in the collision are safe or recovering well.