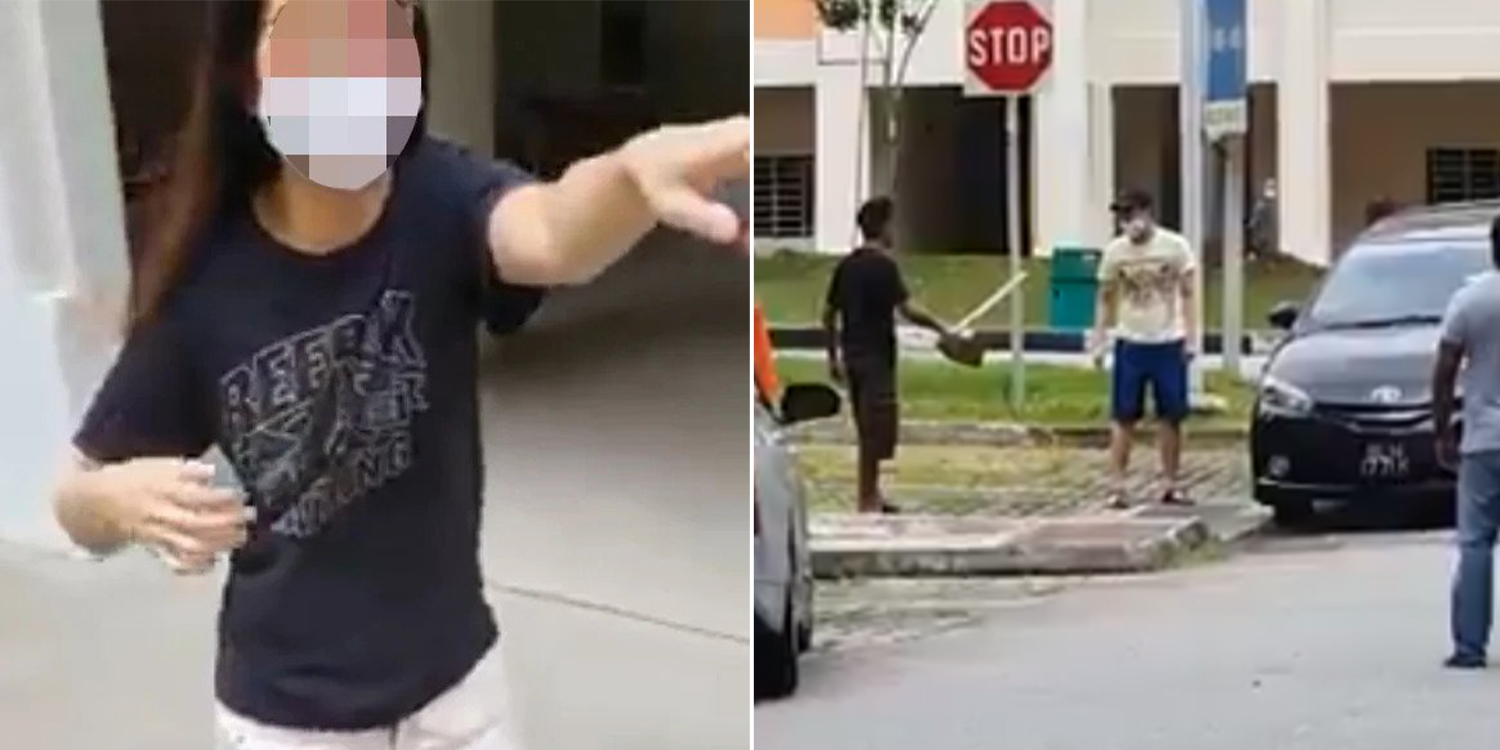 A bizarre incident in Choa Chu Kang made the rounds on social media yesterday (29 Sep), and the content had many wondering about the circumstances behind the attacks.

In the aftermath, police said a 23-year-old man was arrested for voluntarily causing hurt using a dangerous weapon. Meanwhile, a 27-year-old woman was sent to the National University Hospital in a conscious state.

Lianhe Wanbao shed more light on the incident, revealing that the man and woman do not know each other. However, not much else about the circumstances are known.

The incident took place at around 12pm at the carpark under Block 409, along Choa Chu Kang Avenue 3 yesterday (29 Sep).

The incident begins with a 23-year-old knife-wielding man chasing a stranger, purportedly the 27-year-old woman.

She starts yelling for help and runs onto the carpark, but almost gets hit by a black car.

The man catches up and hacks her — a witness could not ascertain if he injured her arm or head.

In a video, you can see the woman bleeding from her head. 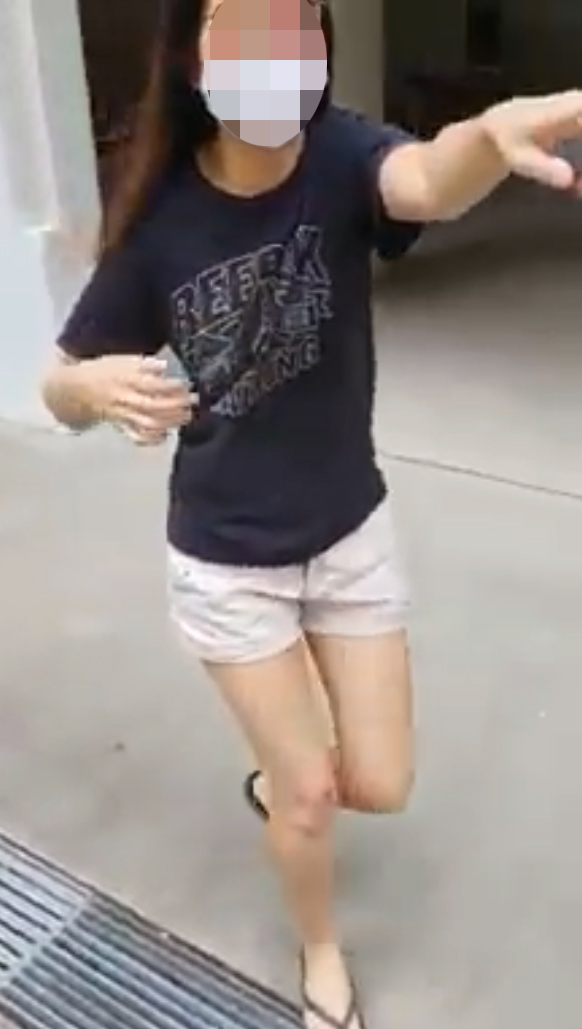 After attacking the woman, the man apparently turns to the car driver and tries to attack them as well.

However, the driver manages to get back into the car and roll up the windows, shielding themselves from the man.

Meanwhile, the woman takes this chance to escape and call for help.

It is then that an off-duty police officer, who happens to be in the area, steps in.

The officer asks the man to drop his weapon, but this order is ignored — he even approaches, seemingly about to attack.

So the officer grabs a gardening tool from a nearby construction site, intending to defend himself.

From this point onwards, the stand-off is captured in the viral video. 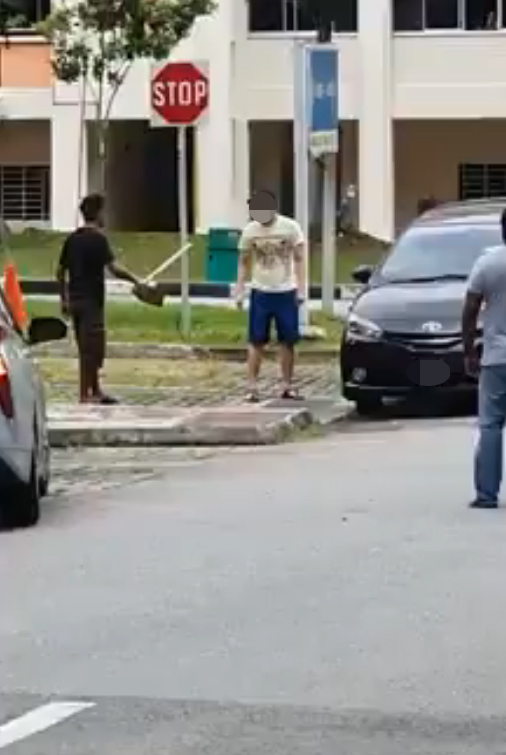 The man breaks the deadlock and eventually slashes his own arm, which is when the officer as well as a few migrant workers converge on him, preventing him from causing any more harm.

Kudos to people for bravery

While wanton assaults in broad daylight are sadly becoming more common, during each incident there are also brave passers-by who step in.

Kudos to the people who helped restrain the man even though he was holding a dangerous weapon, putting their lives at risk.

Luckily, no one else was hurt.

While we still don’t know the circumstances which led to this rampage, we hope the man gets the mental health support he needs, and violence is definitely not an answer to any problems.