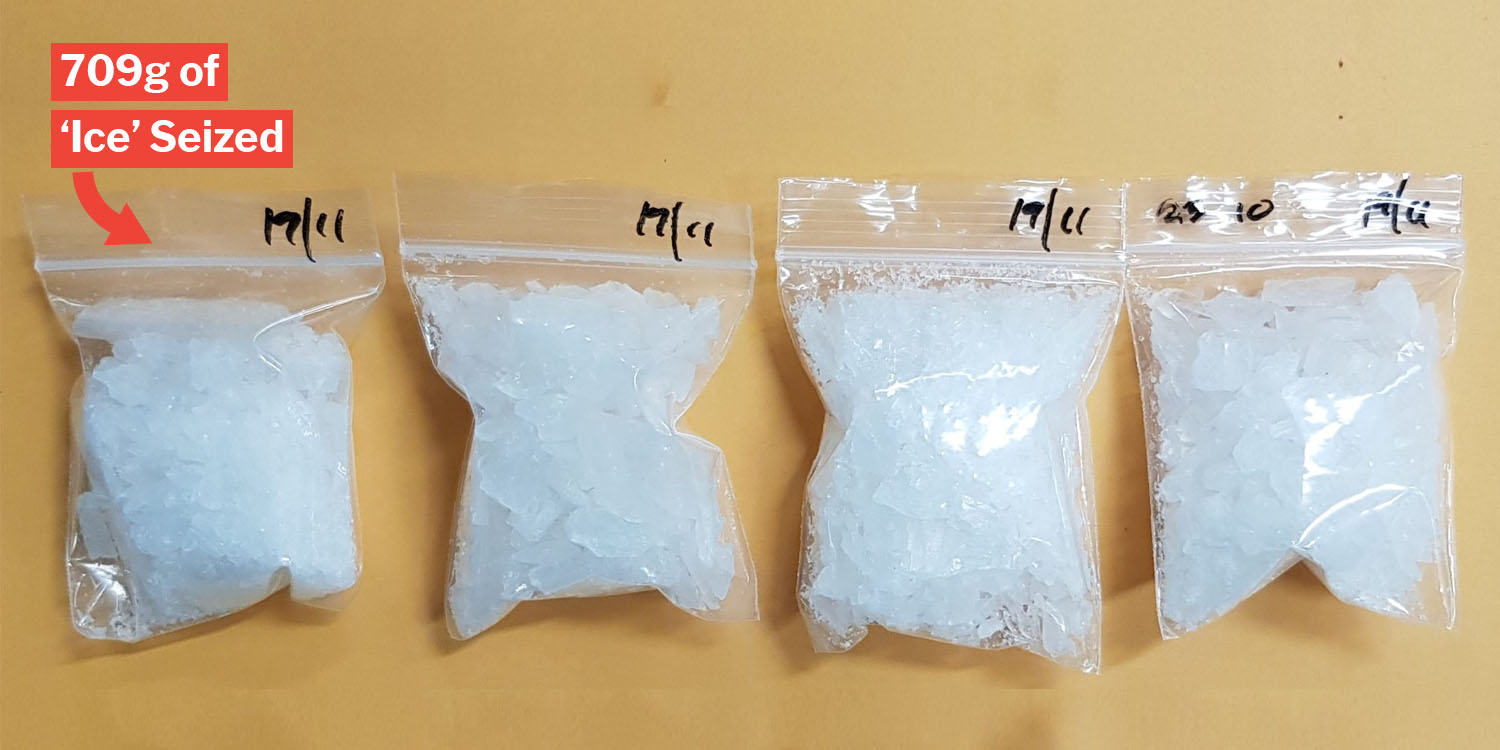 Kudos to the CNB for keeping Singapore free from drugs.

70 Drug Users Were Arrested In An Islandwide Drug Operation

The operation took place from 18-22 Nov and resulted in 70 suspects being arrested.

Among those were 2 teenagers aged 15 and 14. The older of the pair reportedly sold the drug Ice to the younger teen.

According to CNB, 4 types of drugs amounting to $71,000 were seized during the 4-day operation.

These include 9g of new psychoactive substances, 20g of heroin, 704g of Ice, and an Ecstasy tablet.

Additionally, 70 individuals were also arrested for suspected drug involvement. But that’s not the most shocking news yet.

Among them were 2 Singaporean teenagers — a 15-year-old boy and a 14-year-old girl.

The 15-year-old is currently being investigated for “selling” Ice to the girl, who police suspect is a drug abuser.

3 other S’poreans arrested in Yishun during islandwide operation

According to CNB, 100g of Ice, 1 Ecstasy tablet, and “a small amount of green powdery substances suspected to contain controlled drugs” were seized from the apartment.

CNB officers reportedly tailed him from his Yishun residence and arrested him after intercepting his van along Mandai Road.

Officers seized around 580g of Ice, a digital weighing scale, and a drug-taking utensil from the vehicle.

Drugs seized is enough to feed 402 addicts for a week

According to CNB, the Ice seized during the operation is enough to feed the addictions of 402 drug addicts for a week.

Investigations by the CNB are currently ongoing.

Kudos to the CNB

Props to CNB for swiftly nabbing the drug offenders and keeping our country free from drugs.

We hope this serves as an effective deterrence for those harbouring thoughts of trying drugs.