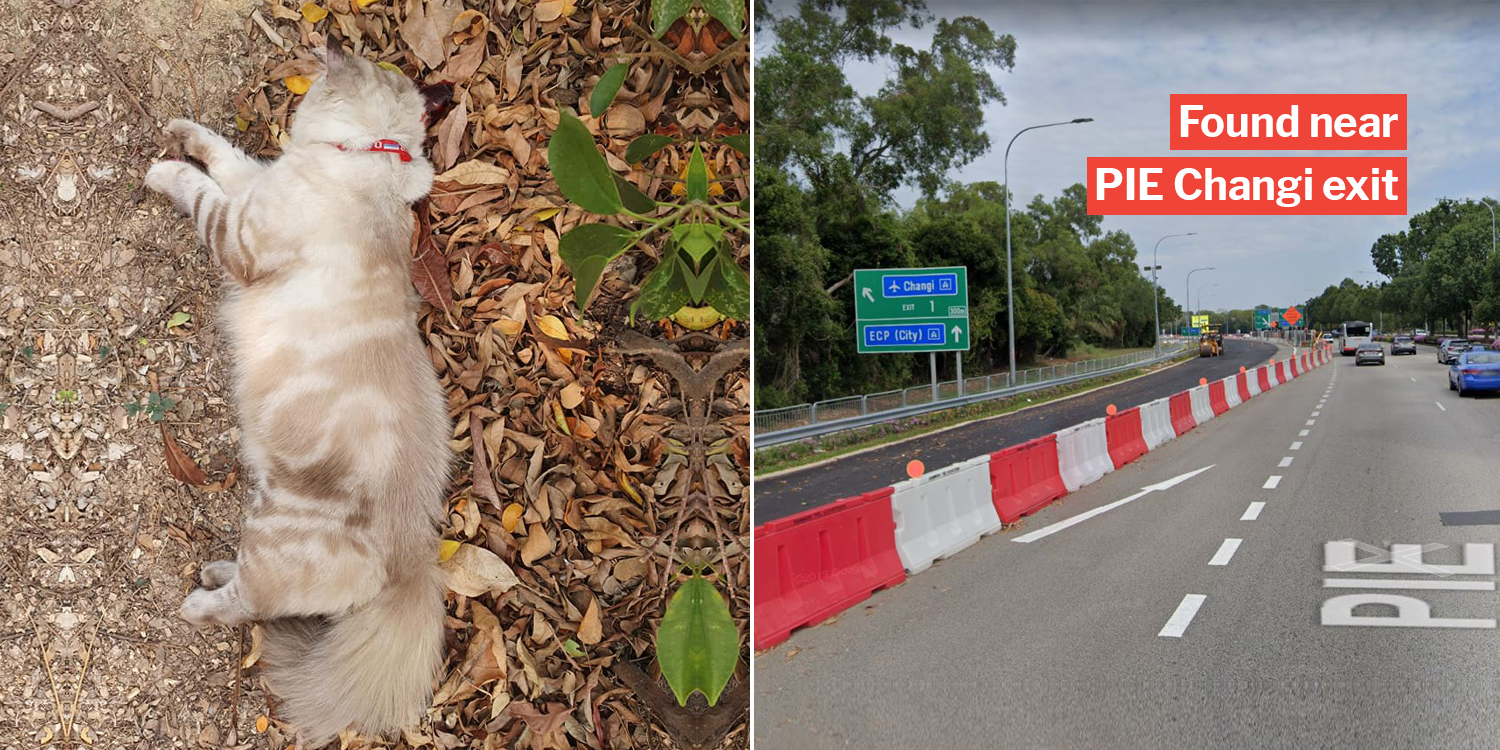 Missing pets are often a cause for worry, especially since these domesticated animals have not been taught to survive in the wild i.e. without owners giving them food and shelter.

This was made evident when a cat — supposedly domesticated because it had a collar on — was found dead in the “middle of the road” by a netizen.

After the unfortunate discovery, the netizen shared the incident on Facebook, in hopes of locating the family of the feline.

Here’s what she posted. 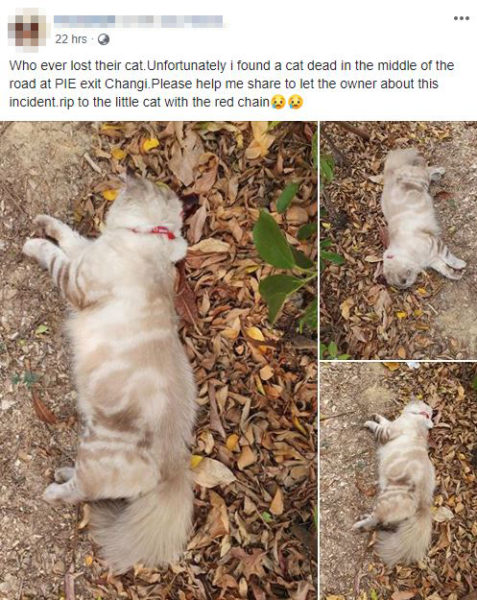 Cat was wearing a red collar

The netizen mentioned in the post that this cat was found lifeless in the middle of the road at PIE Changi exit. 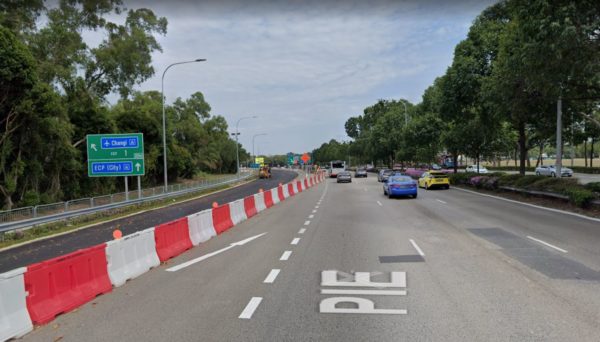 When she approached the carcass, she noticed that the cat was wearing a red collar and appeared to be well-groomed — leading to her to believe that it might a domesticated cat. 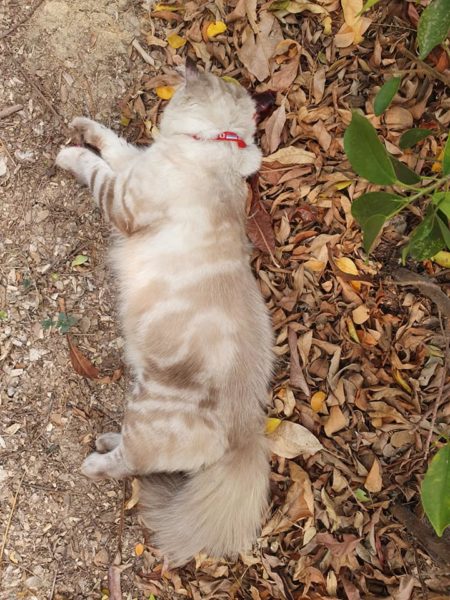 Therefore, she is hoping to locate the cat’s owner in case they are still out looking for it.

Hopefully, the poor kitty did not have to suffer before its death.

We would also extend our condolences to the cat’s owner(s), and sincerely hope that they will be notified about this soon.