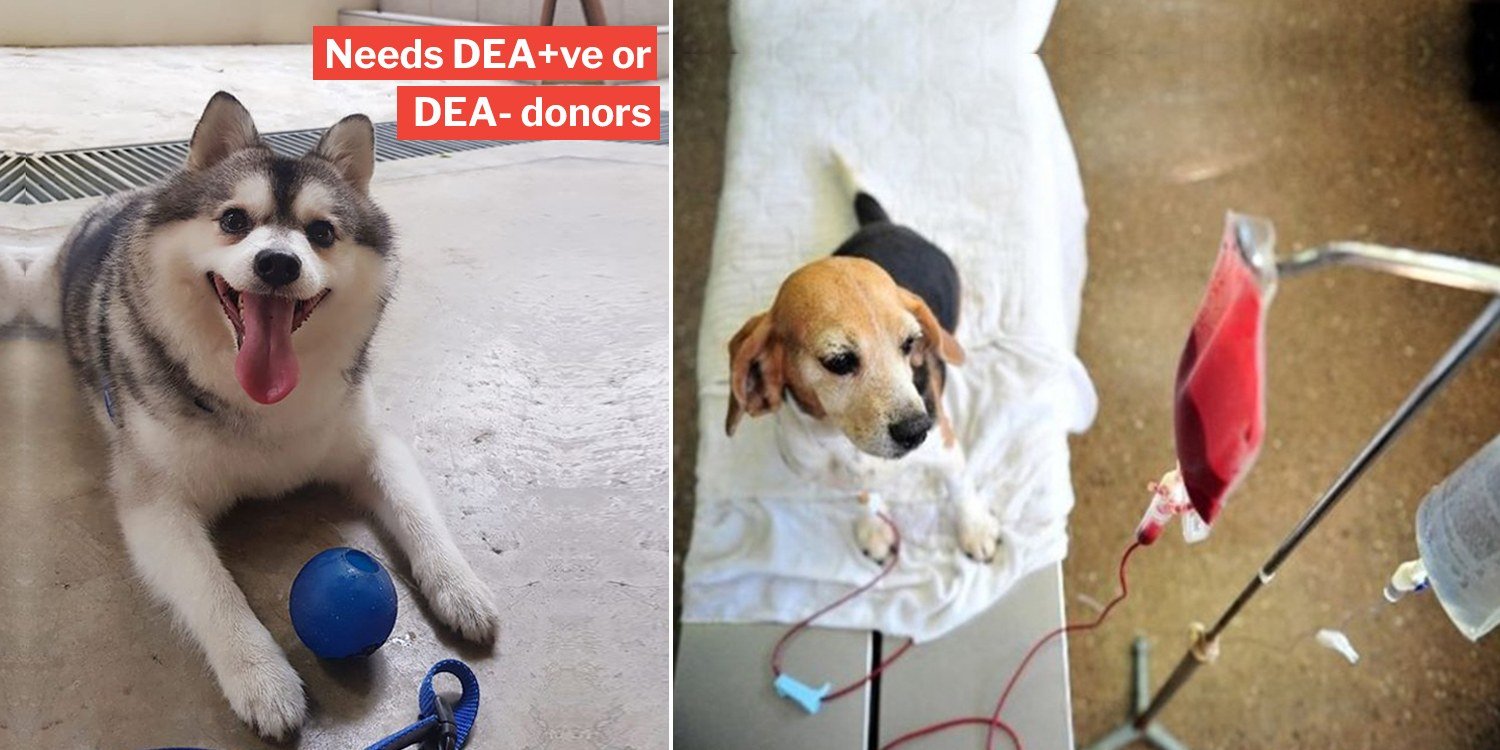 Our fur pals often become our family, and we love them like we do our family members.

Yet, animals can’t speak. They can whine, cry, and whimper, but it’s hard for us to know when they are down or in pain. 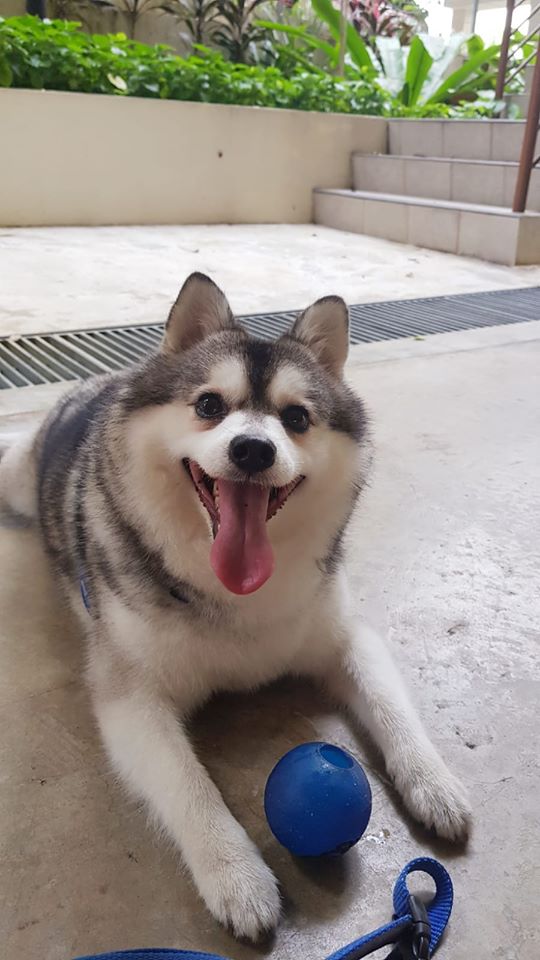 For Dylan and Danielle, their fears were realised when their beloved pet dog, Ichigo, was found to be suffering from a blood-borne parasite and needed a blood transfusion. 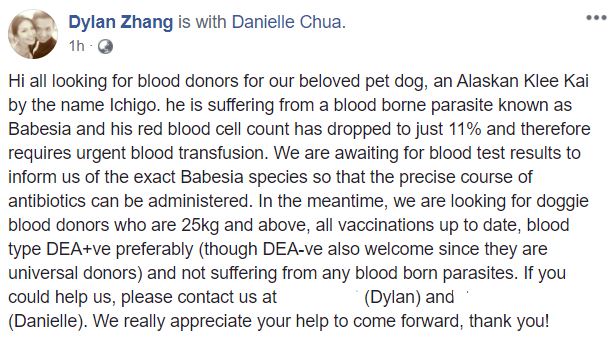 They shared the family’s predicament, hoping to get help for Ichigo, an Alaskan Klee Kai in a Facebook post on Wednesday (12 Aug).

Mr Zhang began his post by sharing how they had recently found that Ichigo was plagued by Babesia, a blood-borne parasite.

The infection occurs when a Babesia-infected tick bites a dog. When many red blood cells are infected, the dog’s immune system will begin destroying all its red blood cells.

Thus, in most cases, the poor canine will require blood transfusions.

As Ichigo is in need of an urgent blood transfusion, his owners are appealing to dog owners whose dogs can donate blood.

Danielle has also posted an update, appealing for kind souls willing to lend a helping hand.

Donor dogs should weigh 25kg & above

Eligible dogs should weigh 25kg and above, and are up to date on their vaccinations. The blood type required is DEA+ve or DEA-ve.

Donors must also not be suffering from any blood-borne parasites themselves.

You can read more about the blood donation process and requirements for dogs here. 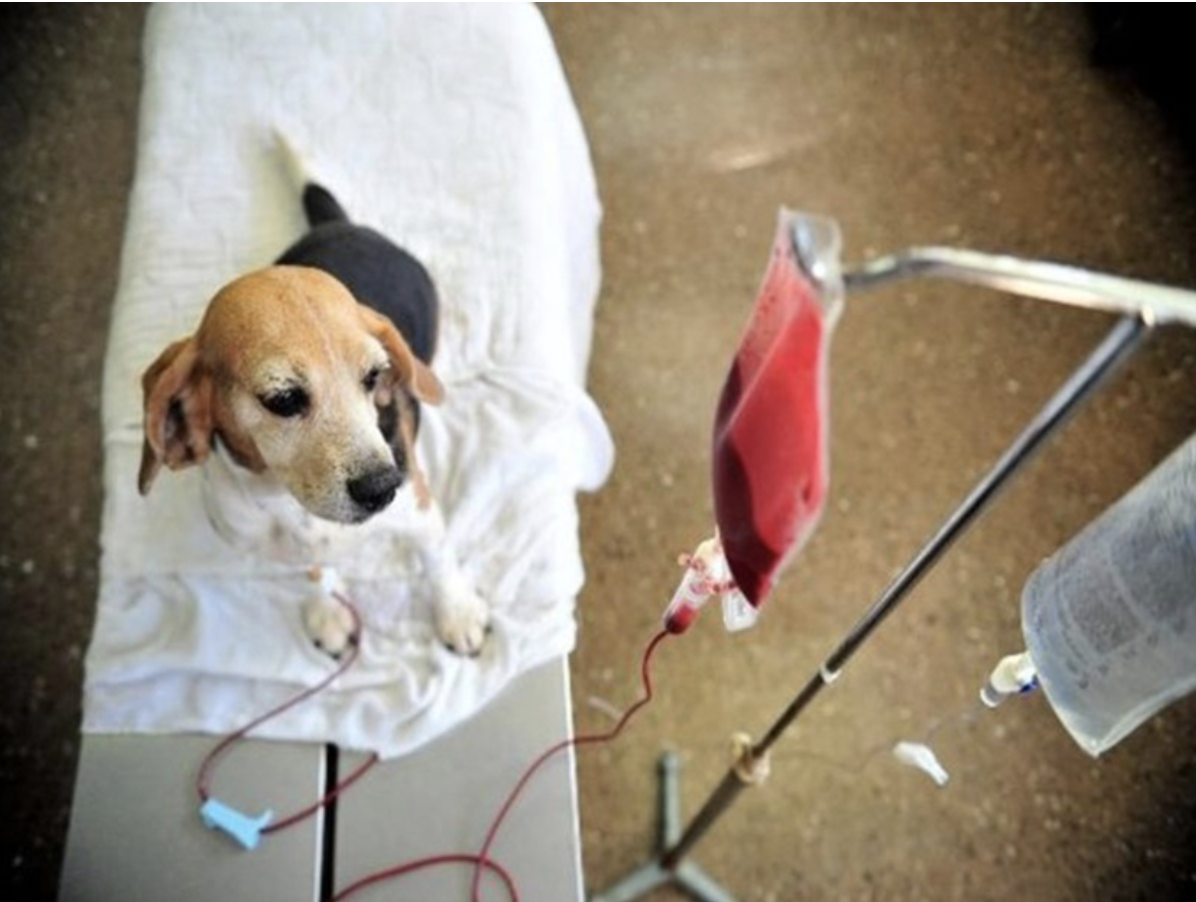 Watching your beloved pet suffer is agonising. In addition, having to helplessly look for dog blood donors must be an excruciating process.

But on the bright side, once a dog is found, we have seen how they can step up to save lives by donating blood to their canine counterparts.

We wish Ichigo a swift recovery & send our well-wishes to his furparents during this difficult time.

Live Singing Will Return To Some Worship Services, Gives Idea Of How Concerts May Come Back