An 8-year relationship is something that doesn’t come by easily.

For Stephanie and her dog Pepper, their familial ties would have been cut short back in 2011 if Ms Sor decided to follow her vet’s advice — to put Pepper down after she lost both eyes as a puppy.

Pepper went on to enjoy a long and fulfilling life with Stephanie for a remarkable 8 years more, but she’s now facing her toughest challenge yet. 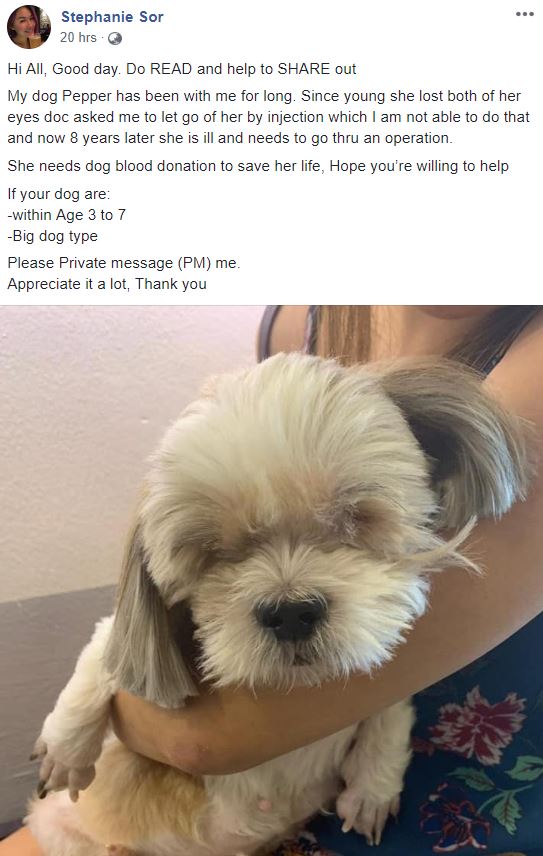 The thread which unfolded on her post told a touching story of how the Internet put aside their differences and banded together to find Pepper a blood donor match in less than 24 hours.

Stephanie shares that she first met Pepper as a puppy who had lost both her eyes for unknown reasons.

Worrying about the puppy’s quality of life, an eye doctor recommended that Ms Sor put Pepper to sleep via an injection. 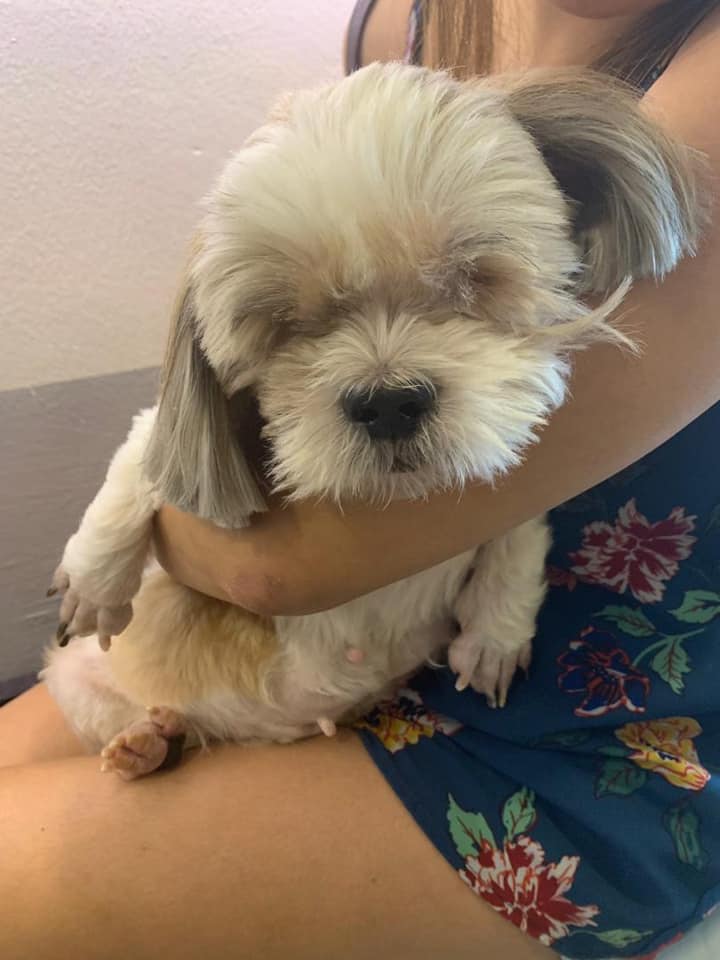 Stephanie refused. She chose to raise the dog by herself and they spent 8 beautiful years together as companions.

As Pepper aged, she became ill recently and was up for a major operation which required a blood donation by a fellow dog. 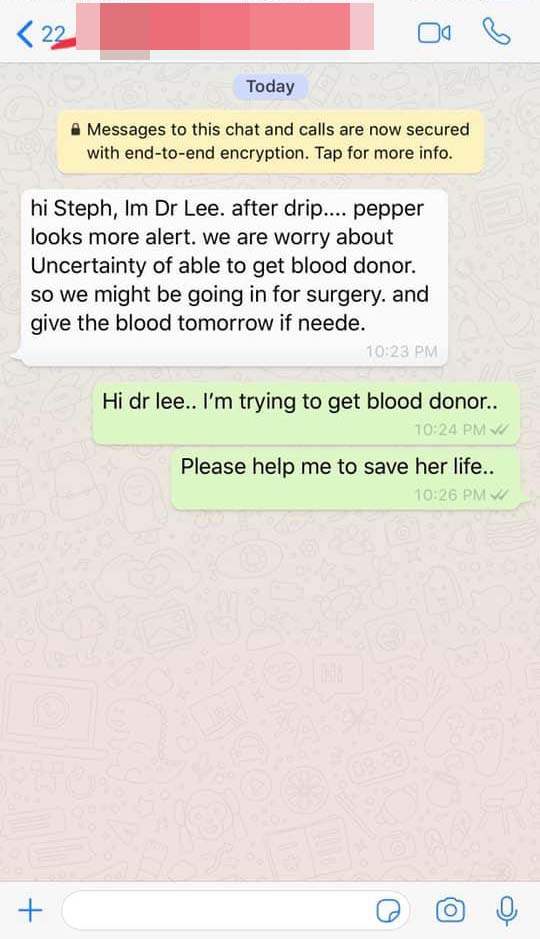 Ms Sor posted that a suitable donor for Pepper had to meet these requirements:

The vet had asked her to ensure potential blood donors were on standby as Pepper was “very pale after surgery”. Thankfully, netizens had a resounding response to her heartbreaking plea.

Heartwarming response to her plea

First, they established where the dog was located — in Kuchai Lama, Kuala Lumpur.

Others chipped in with earnest descriptions about their dogs who matched the criteria specified.

Or simply sent love from their puppies who were blind too.

Those without puppers themselves posted heartfelt messages of support and shared the post as time was of the essence.

She shared that she was thankful for all the supportive messages she received and that Pepper had miraculously found a “matching blood” donor.

For now she’s unable to walk and still in pain, but her condition is now stable.

The beautiful story of Pepper overcoming a close brush with death has resonated with many Singaporeans.

But we can actually do our part in Singapore to help other animals in need.

Mount Pleasant Vet Group has a great blood donor service for dogs & cats that you may read more about here.

To qualify as a blood donor, your pet must have these traits:

The full list of requirements is available here. If your pet is added to the blood donor registry, you’ll even get a free physical exam & blood test done on the day itself.

Besides helping to save a fellow pet’s life, you’ll also get a S$100 gratitude gift in your clinic account after each donation & a “personalised hero bandana”.

All the best to Pepper & Stephanie, we wish you both many more happy years ahead with each other.