Singaporean Shares How His Family Of 5 Survived 9/11

The year is 2001. It’s a Monday. September the 10th. Just an ordinary summer day in the heart of Manhattan, a regular start to the week.

An equally ordinary evening for Mr Ooi Boon Peng and his 10-year-old son as they walk hand-in-hand through the World Trade Center in New York City, none the wiser about the events that are about to unfold in just 12 hours.

They’re part of at least 1 Singaporean family whose fates are about to become inextricably linked with a day that no one will ever forget.

Flash forward to 20 years after 9/11 occurred, we speak to a father whose incredible story of survival and resilience drives him to live a life that’s grounded, and centred in his faith today.

Mr Ooi, or as I know him, Uncle Boon Peng, shows up for our Zoom interview, not a minute late.

Clad in a striped polo T-shirt and snazzy black earphones, he begins the call with a light-hearted quip about getting started right away. He really wasn’t joking, though. 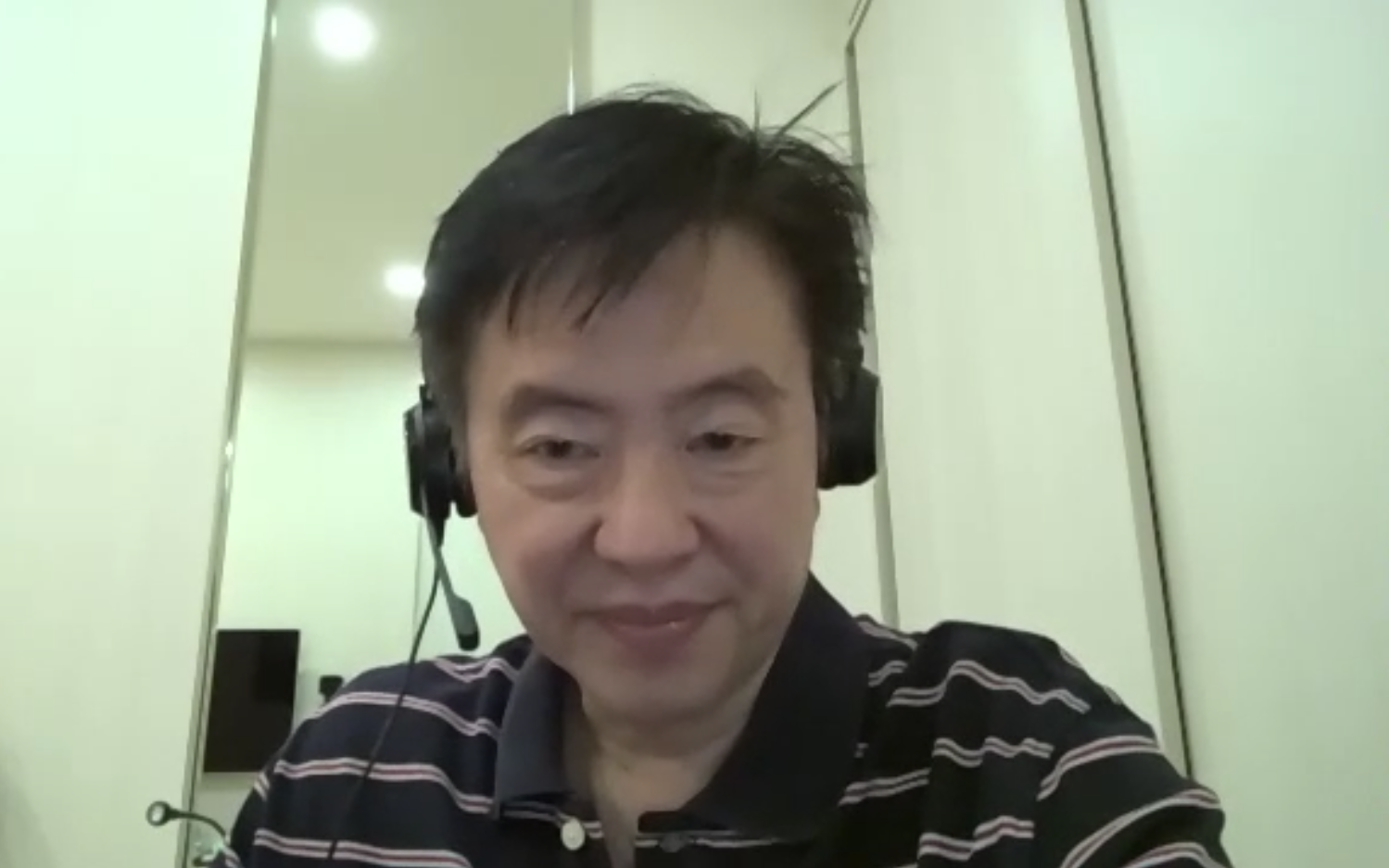 We dive right into it – all 29 questions I’ve prepared in advance, that is – beginning with a candid introduction.

A very Singaporean family of 5 living in the Big Apple

Without hesitation, Mr Ooi – pronounced wee – shares that he’s the father of 3 very grown-up children. His marriage of 32 years is one of his greatest joys, along with the privilege of being there for his kids with his loving wife.

The Singaporean family of 5 relocated to New York from 1999 to 2002 – as part of his government job posting to head their Manhattan office. 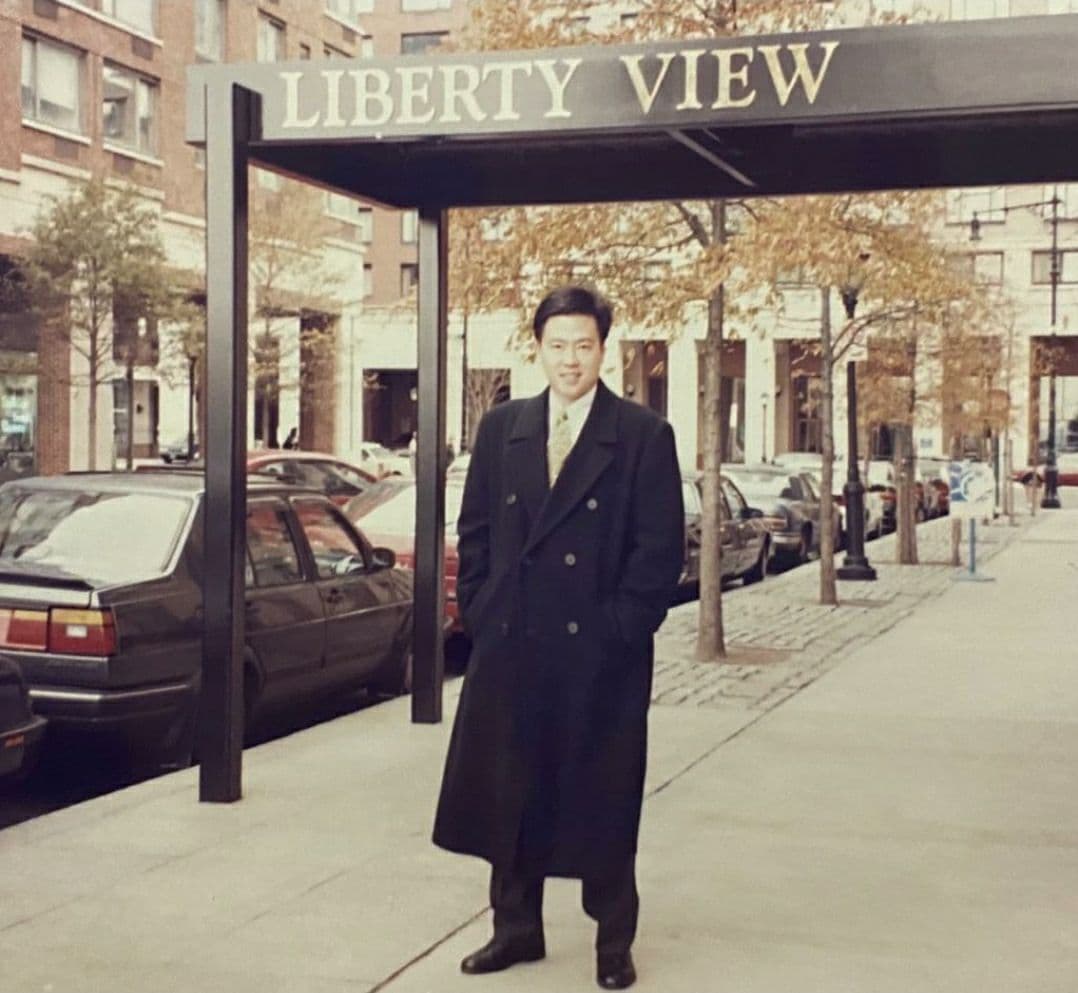 Along with 9 other colleagues, the goal was to persuade financial institutions in North America to grow their presence in Singapore.

For the record, he speaks with fervour and enthusiasm, starkly apparent onscreen despite the flicker and occasional static from the video camera.

When asked what New York in the early 2000s was like, he answers, “Musicals, restaurants, fashion, Wall Street.” On the topic of musicals, his favourite by far, was Wicked, an easy choice even after watching 25 Broadway musicals over the years.

His unabashed zest for life is apparent, as we broach the harder topic. The day of the incident. Uncle Boon Peng recalls it well, recounting it in crystal clear detail.

Minutes before ground zero on 9/11

He left home at around 8.45am. The family was based out of an apartment at Liberty Court, 200 Rector Place, just 2 blocks away from the World Trade Center (WTC).

He took a brisk walk towards his office – near the South Ferry Terminal – in the other direction, away from the towers. 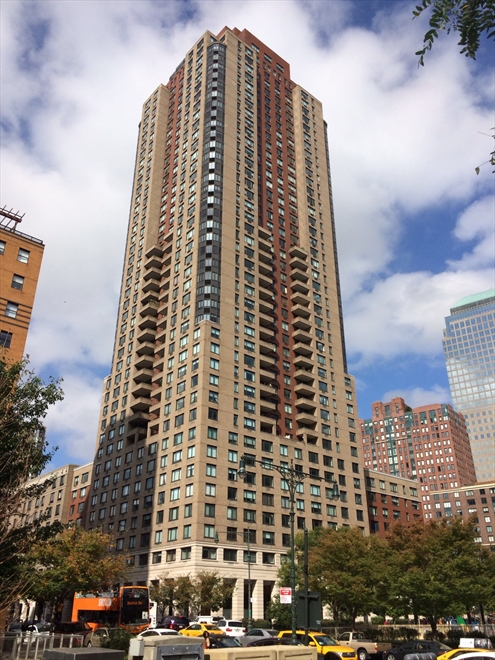 A minute later, at precisely 8.46am, he heard a blast emanating from behind him. Then came the falling debris.

“I basically ran. I did not know what to make of it. At the same time, I saw smoke from the upper floors—coming out from a hole in the World Trade Center. The metal basically came from the facade, the metal facade that ran down the building.”

I thought somebody snuck a bomb up there and a blast took place. That was my guess.

Mr Ooi took shelter in his office, finding out via CNN on the TV that a plane had slammed into one of WTC’s towers. He stressed that at that point in time, they didn’t know what was going on. An accident? A terror attack?

Next, a series of pivotal phone calls began flooding in.

First off, his wife called to check if he was alright. Other staff dialled in, wanting to know if they should still head to the office. He made the call to ask them to stay home.

All this played out, while the group in the office – largely Singaporean – continued looking at the towers.

Just 15 minutes later, he received another call from his wife.

While she was in the living room, reading the Bible, she witnessed the second plane crash into the second tower. 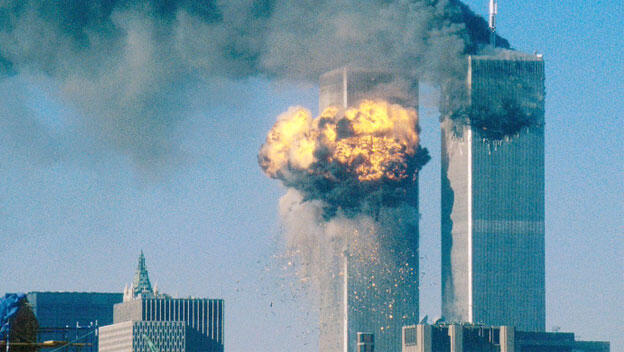 That was the moment it was immediately clear to them that this was a turning point. It was an act of terrorism.

He immediately told his colleagues to close up the office. Now focused on reuniting with his wife, he was anxious about her safety—just like his colleagues, who had their families on their minds.

At this point, it’s important to share that Uncle Boon Peng continues to recount the story with clarity and level-headedness that belie his effervescent demeanour.

We take no breaks, as he doesn’t need any. He takes us back to the exact moment he exited his office building.

By the time I ran out onto the street, the first tower had collapsed.

“The wave of debris that came from the collapsing first tower—I could feel the power of the debris and it hit my suit – my working suit – filled with soot and dust from the building.” “I was swept along by these crowds of people fleeing southwards, towards the ferry terminal. I was pushed—until a certain point I was able to regain my ability to move.”

“To get home, I had to head North—towards the World Trade Center,” he said.

After a tenuous few minutes, relief washed over him as he saw his wife at his apartment’s lobby. Together, they decided to wait for the second tower to collapse as a stop-gap measure, before deciding on their next moves.

We’ll let him describe New York’s darkest moment in his own words,

I heard a certain boom. Before I knew it, it was like a blanket that was pulled over you—there was only darkness.

“The collapsed building had created certain darkness. Light only emerged when the dust began to settle. It took a while for the dust to settle on the roads – to settle down before we could see the sunlight emerge,” he related. 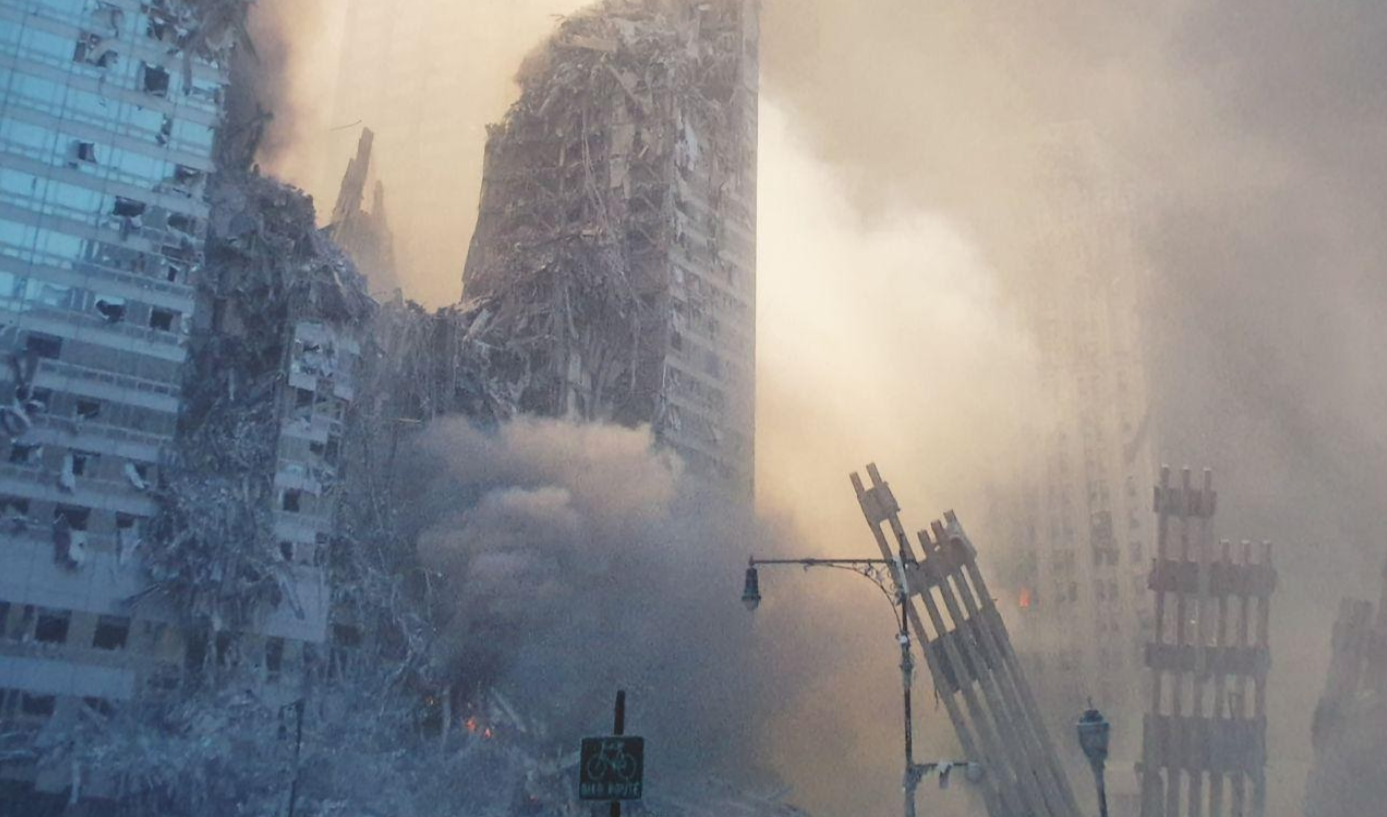 Though the tower had collapsed, their ordeal was not over yet. Thankfully, their 3 children were away from ground zero.

The couple decided to get their kids, who were in school at 23rd Street, along the East side of the Hudson River.

But they knew, they had to spare a few seconds to grab a few belongings first.

Getting the kids & getting to safety

Travel documents, passports, valuables, some clothes, and “the money” went into a medium-sized suitcase. This was all that they retrieved from their apartment.

Of course, we could’ve packed a bit more.

In hindsight, this suitcase was a crucial decision that paid off immensely—as you’ll soon find out.

Back to our story, however. Now, they were now prepared to move. A 7-8km walk stood between them and their children, which Mr Ooi describes as “not very, very far”. 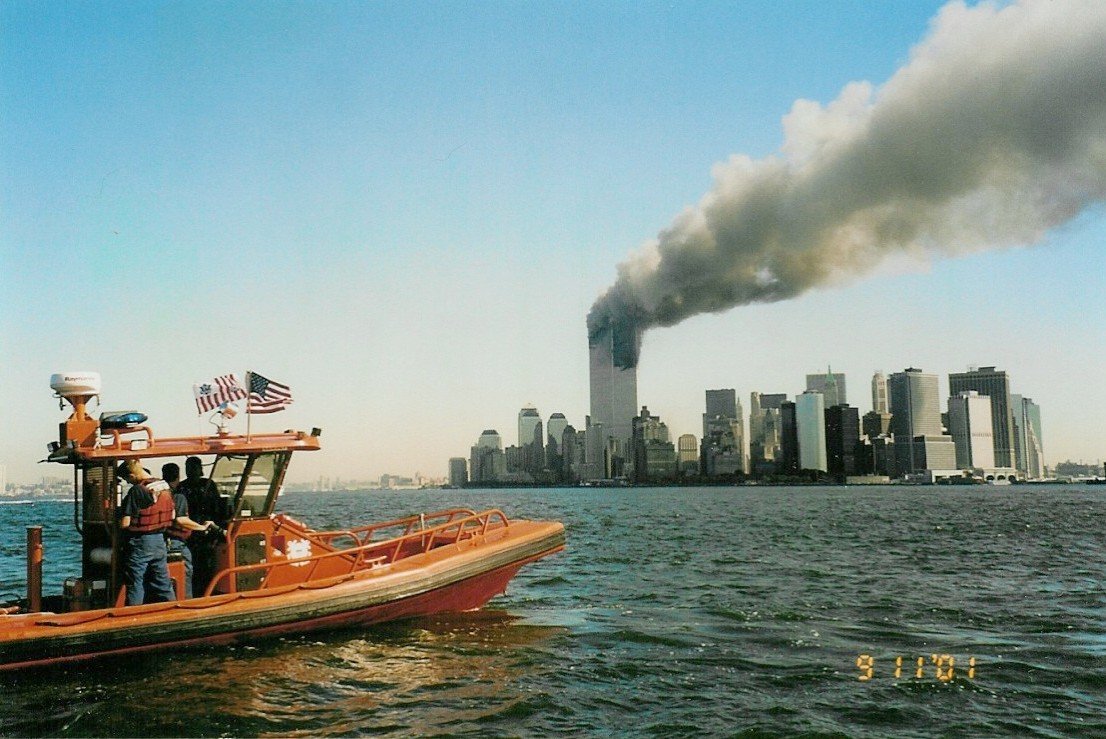 The couple walked there and back with their kids, bags, and suitcase in tow to the South Ferry Terminal to catch a ferry to Staten Island, seeking refuge at a friend’s house for the night.

Once they got settled, they immediately contacted loved ones back home via email.

He gave a shoutout to his church friends, who sent him several encouraging notes that saw them through the stressful times.

But their journey – and New York’s long road to recovery – had only just begun.

After the dust settled, rebuilding efforts in NYC began

Living out of supplies from their medium-sized suitcase, the family – among many others in NYC – took their first steps towards resuming normalcy.

From Staten Island, they were relocated downtown to midtown New York. Battery Park City, where his apartment was situated, remained cordoned off by the National Guards.

Besides being displaced, we asked him what was tough about life after 9/11 as a survivor.

“The heightened sense of uncertainty. Everybody was sensing all sorts of things that could go wrong. If someone raised their voice, you’ll be turning around.”

Somebody stands up or points towards the sky? You’ll be looking up. Because you’re sensitised.

He described a Grand Central Station bomb scare, and Anthrax incidents in the days to follow. Some feared that the terrorist acts were beyond the planes crashing into the towers—perhaps evolving into chemical warfare against the citizens of New York. 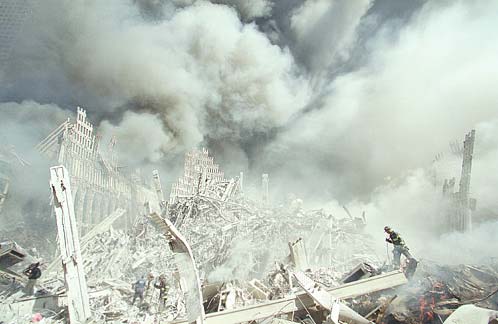 The air in New York City was also filled with a substance known as asbestos – a chemical linked with increased cancer risks – in the wake of the towers’ collapse.

There was palpable fear in the community that downtown NYC air could affect their health. That’s why face masks were necessary, and citizens were apprehensive about returning to their homes and offices without the presence of air filters.

A community rises, resilient amidst terror

But amidst the gloom, and the uphill task of rebuilding a terror-stricken city, Uncle Boon Peng shared the little acts of kindness that united the community tainted by tragedy.

When his kids returned to school, they were offered teddy bears to comfort them. A month later, when the family returned to Rector Place, there were Red Cross stations everywhere.

Free food, snacks, drinks, sandwiches and air filters for residents, as well as insurance company booths to help facilitate claims for those who had lost their homes.

With these small but crucial glimmers of hope amidst the uncertainty, Uncle Boon Peng always knew that things would get better.

After helping his Singaporean colleagues who preferred to return home with their families book flights back, he made the brave decision to remain in New York till the end of his posting.

His sole focus was to get his office up and running.

In his words, “That’s just what you have to do. Ensure the building was sound, post-collapse. Get enough filters for air to be adequately filtered. Control asbestos levels, so worries are cut back.”

Uncle Boon Peng and his family only returned to Singapore, 1 year after 9/11, at the end of his posting.

Grounding yourself in something real

At this point of the call, we pause for a breather. The 9/11 ordeal had been re-lived, retold for the first time in a long time. 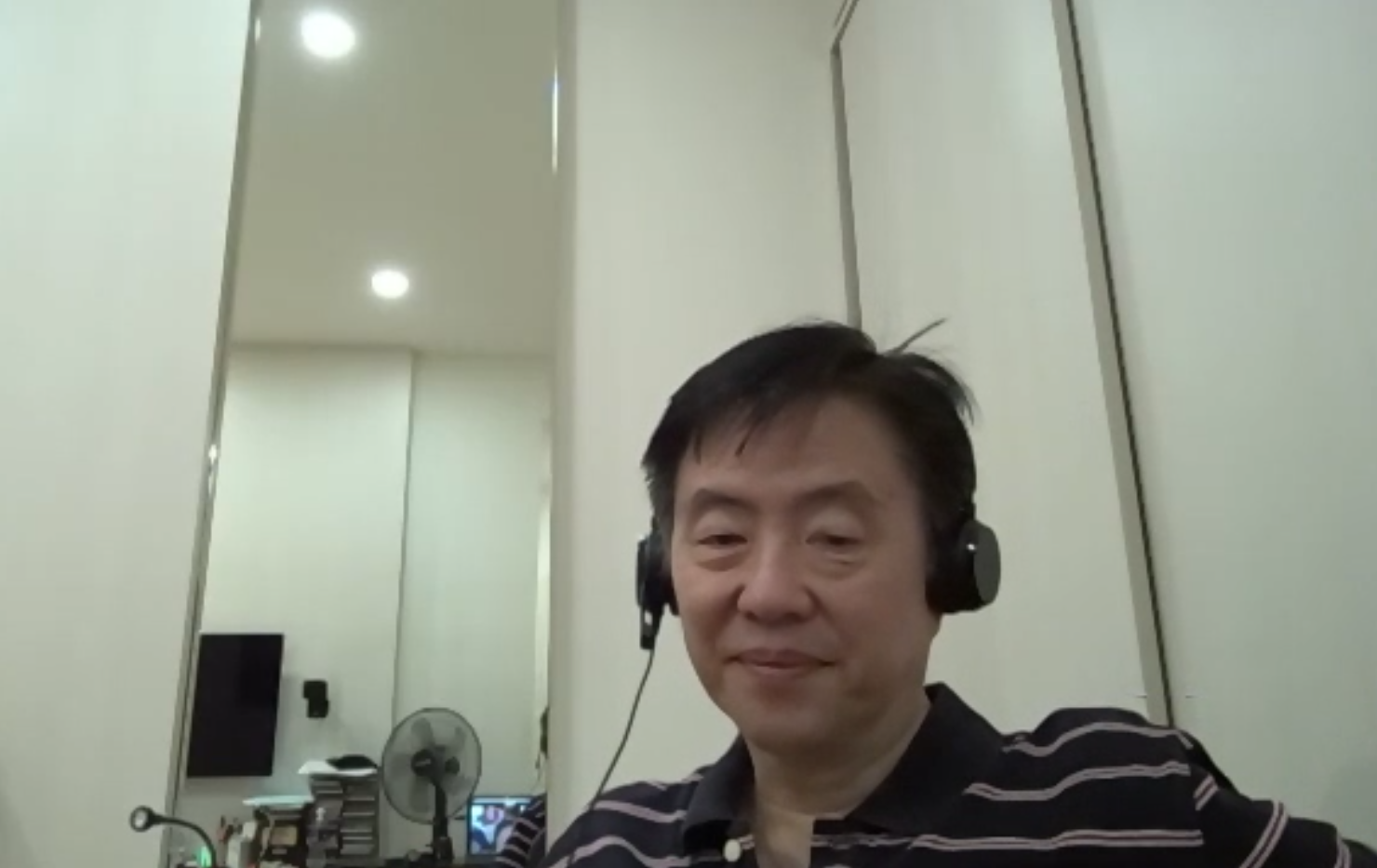 As a 9/11 survivor, who managed to secure his family’s safety, we ask for his advice to anyone going through a crisis.

“If you can, take bouts to slow down your breathing. Think through the situation. Have people beside you to bounce ideas, so that your decisions are clearer.”

What kept him grounded, and continues to play a huge part in centring his life today, is undoubtedly his Christian faith. He quips poignantly,

In the end, you have to subscribe to what will give you hope & what keeps you centred.

With this incredible story of survival, resilience & faith to have been shared – over a Zoom call – during a pandemic, 2 decades after the fall of the towers, is in itself an experience we won’t soon forget.

Some things remain constant in a changed world

The year is 2021. It’s a Saturday. September the 11th. Just an ordinary monsoon-y day in humid Singapore, a regular start to the weekend.

An equally ordinary morning for Mr Ooi Boon Peng and his 30-year-old son who now navigate life in Singapore, none the wiser about the events that are about to unfold in just 12 hours.

Now that his children are all grown up – older, wiser and ready to take on the world’s many challenges – it’s apparent that everything has changed.

But thanks to his quick thinking and love for his family, some things – especially those that matter – thankfully remain the same.

This article is part of MS News’ 9/11 commemorative project to reflect on how our lives have changed since that fateful day, 2 decades ago.