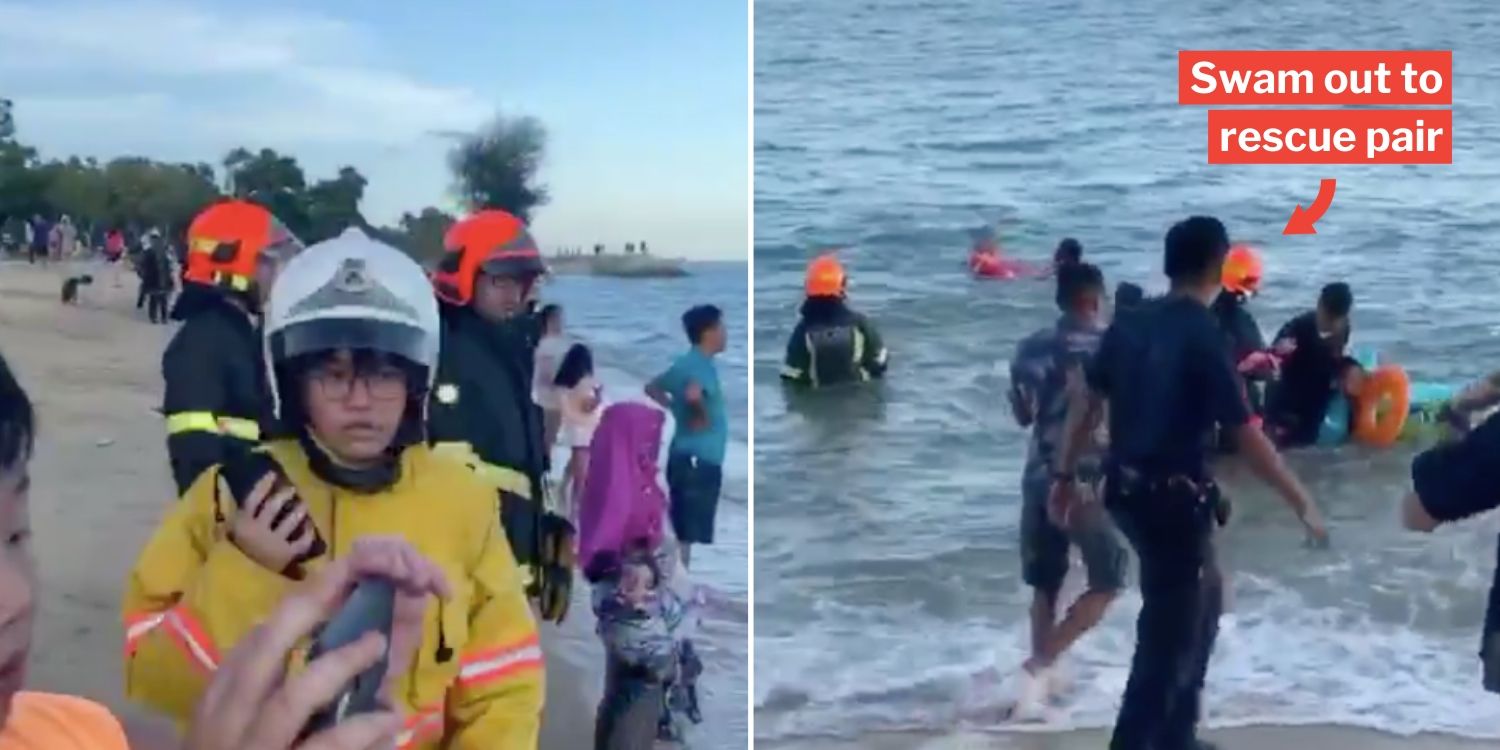 UPDATE (17 Mar, 3,20pm): The Singapore Civil Defence Force confirmed that they were alerted to this water rescue mission on 15 Mar at about 6.20 pm.

Many Singaporeans go for a dip in the ocean on a typical day out at the beach, be it at East Coast Park or Sentosa. However, at high tide, it is probably not advisable to do so.

On 15 Mar (Sunday) evening, a young boy and his grandfather were swept away by strong currents as they were swimming in East Coast Park. 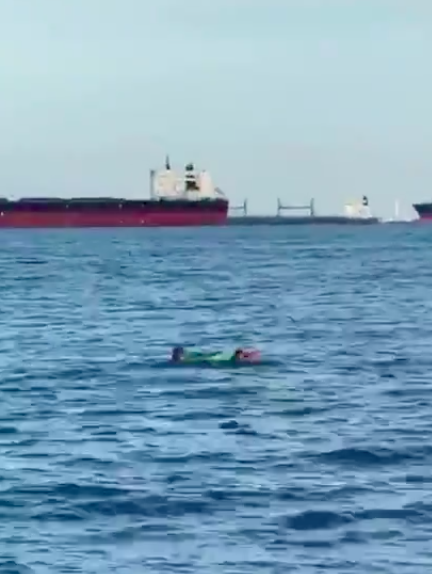 They were subsequently left stranded at sea by the strong tides.

Singaporean rapper Yung Raja documented the incident on his Instagram story, showcasing the efficiency of our Singapore Civil Defence Forces (SCDF) and Police Coast Guards in rescuing the pair. 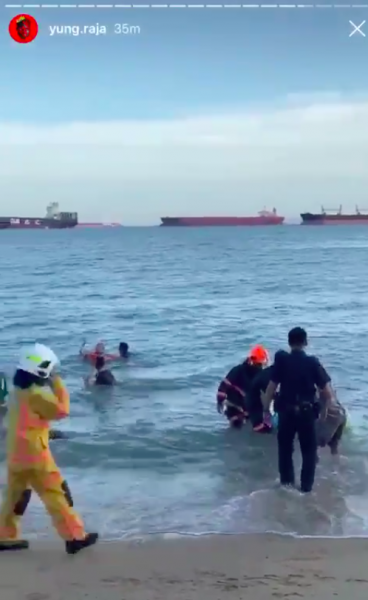 Grandfather attempted to rescue the boy

According to Yung Raja, the boy -wearing arm floats – was first caught in the waves and his grandfather tried to chase after him, reported AsiaOne.

Unfortunately, both of them were overpowered by the strong tides and eventually left stranded in the ocean.

According to Yung Raja’s Instagram stories, the SCDF and Police Coast Guards arrived “within a couple of minutes”, promptly commencing rescue efforts. According to an SCDF spokesperson, they were alerted to this water rescue incident at 1000 East Coast Park at around 6.20 pm.

While waiting to be rescued, the pair held on tight to a green swimming float. 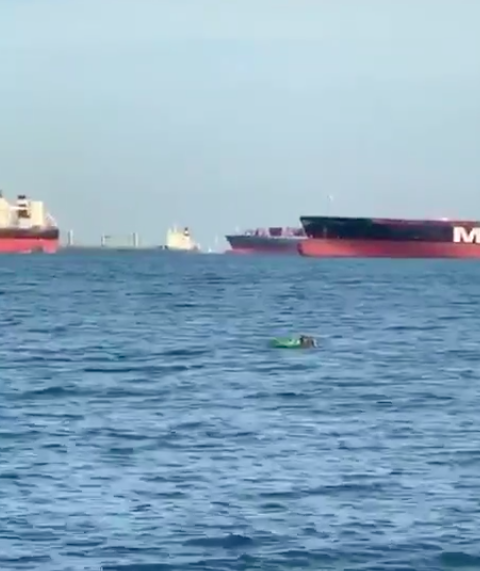 Rescuers swam out to get them back

The police force, coast guards, SCDF, and paramedics were activated to ensure the pair is safely brought back to land. In one of the videos, an SCDF officer was seen swimming out towards them. The team managed to use a rescue line and a lifebuoy to bring them back to shore, as stated by SCDF. 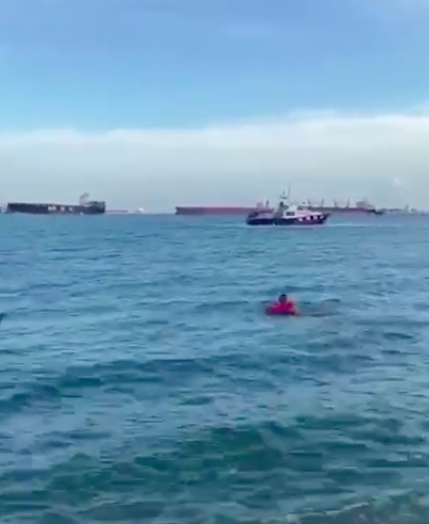 When they reached shallower waters, other officers entered the sea to pull them out. 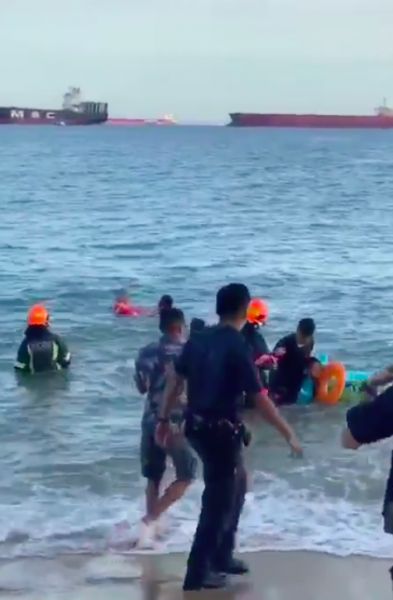 Paramedics donning protective suits were also seen walking towards them. 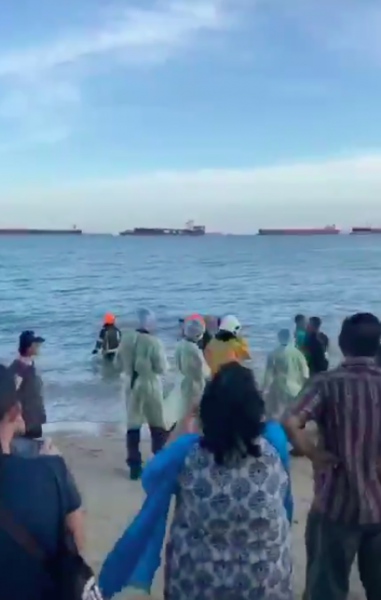 As the police officer held the boy in his arms and carried him away from the crowds, onlookers at East Coast Park Beach broke into applause. 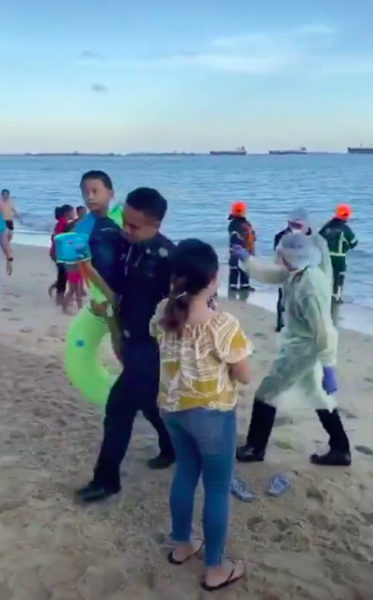 They worked seamlessly with each other to save the distressed pair, successfully completing their rescue operations. 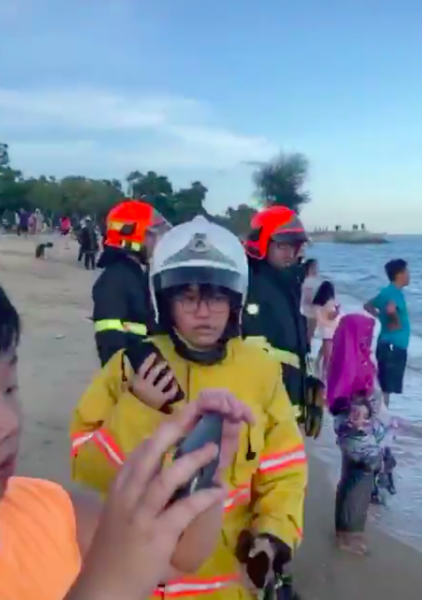 This evidently garnered much respect from the large group of Singaporeans watching on the beach. 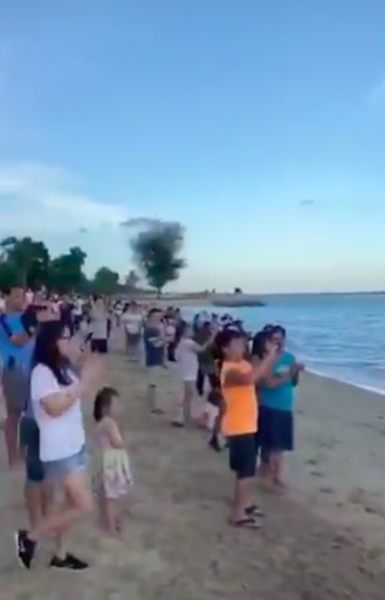 SCDF has confirmed that the pair were assessed by paramedics and received conveyance to the hospital.

Be vigilant near sea waters, especially during high tides

Despite putting on arm floats, the boy was still swept away by the vicious waves.

This incident serves as a firm reminder to always be extra careful when we are near the ocean, especially during high tides.

Kudos to the officers involved in the operations. 2 lives could’ve been lost if not for their timely arrival.