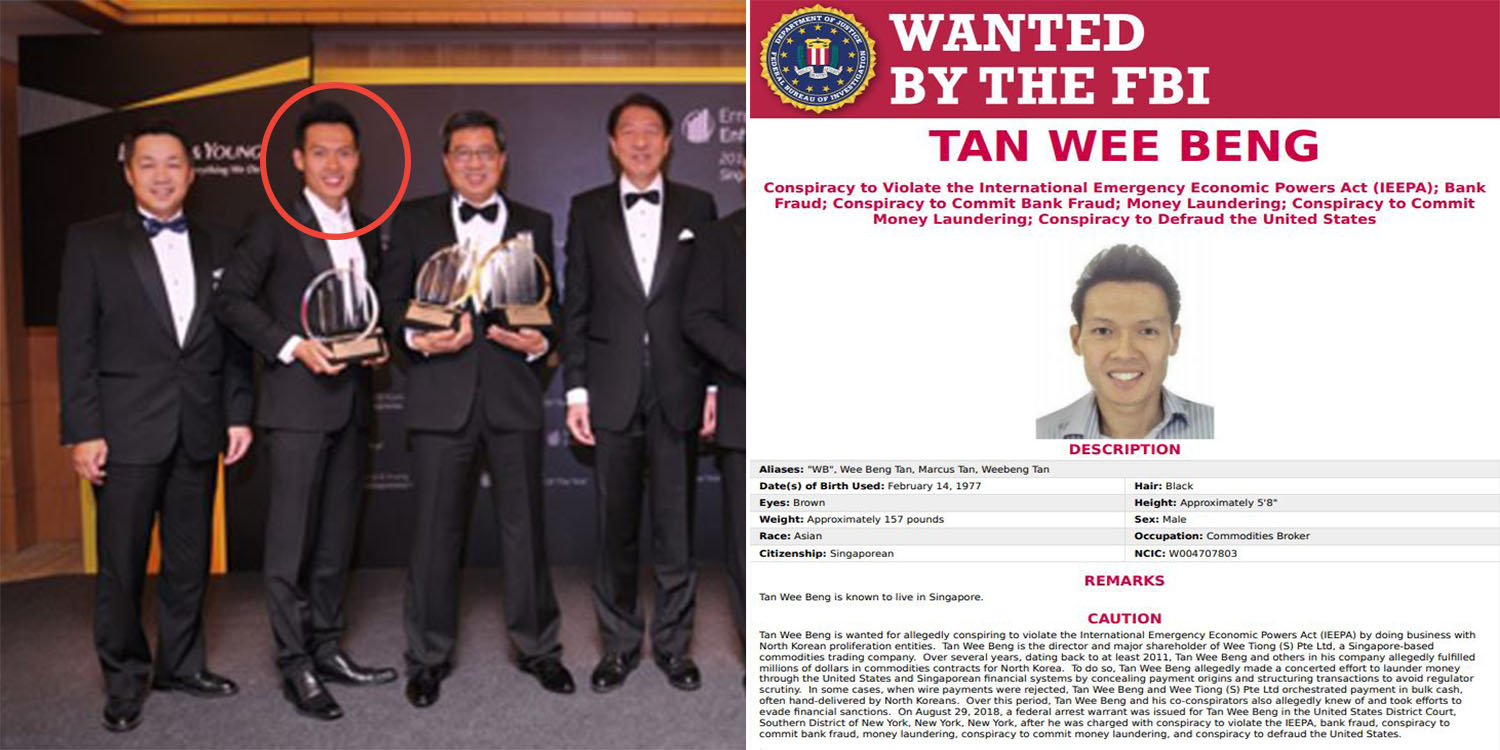 Wanted, and not in a good way.

Getting onto the FBI’s most wanted list isn’t easy. You have to commit something really, really serious — like launder millions of dollars for North Korea.

That was precisely what Singaporean businessman Mr Tan Wee Beng allegedly did to earn himself a spot on the exclusive list. 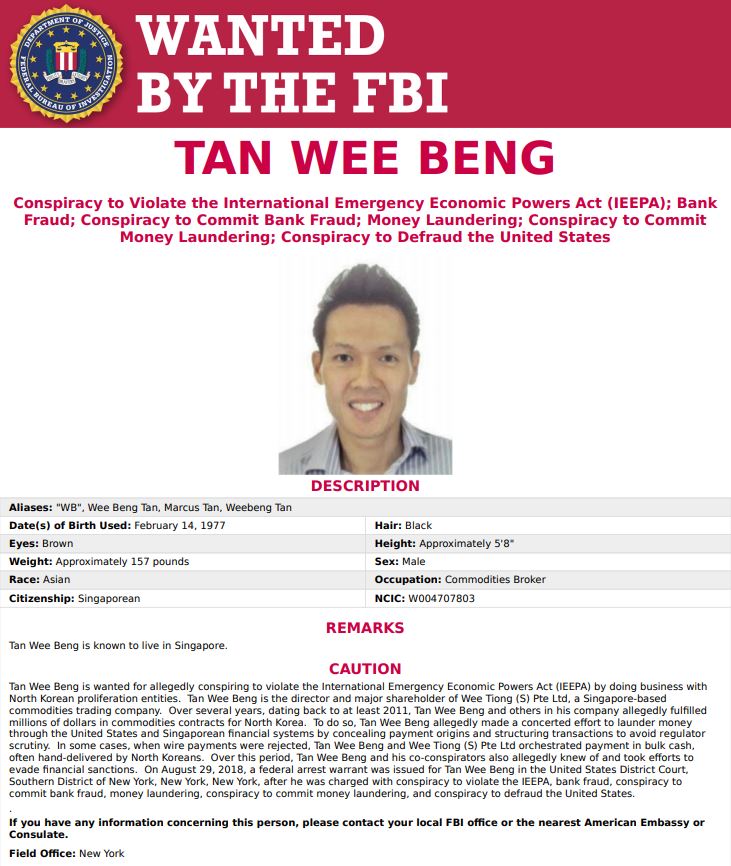 According to the United States Treasury Department, Mr Tan used both companies to conduct illegal transactions worth millions of dollars for North Korea.

The Treasury Department released a statement on Thursday (25 Oct) saying that they have since filed criminal charges against Mr Tan and imposed sanctions on both his companies.

The Treasury Department alleges that Mr Tan had begun laundering money for North Korea from as early as 2011.

Mr Tan had made the transactions on behalf of Daedong Credit Bank — a North Korean bank blacklisted by the US in 2013 and by the United Nations in 2016.

Because of American sanctions on North Korea, there were many regulations within the US financial system which Mr Tan had to circumvent. He acted on instructions from the North Korean bank — moving money through the system and into North Korea using host of complex and illegal means.

This isn’t the first time Mr Tan has been in the spotlight.

In 2011, accounting firm Ernst & Young named him “Entrepreneur Of The Year“. And the guest-of-honour for that year happened to none other than our Deputy Prime Minister Mr Teo Chee Hean! 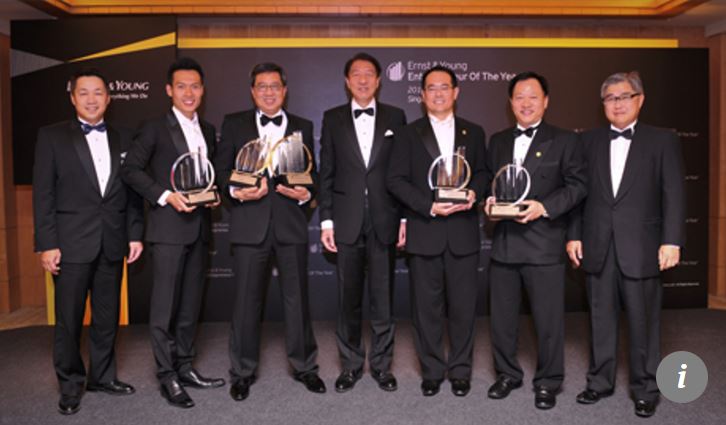 Two years later, he was featured in The Straits Times, posing beside the latest Ferrari model at the time. The article recognised Mr Tan for his achievements — particularly, for growing a once small commodities trading company into a large multi-national, multi-million one. 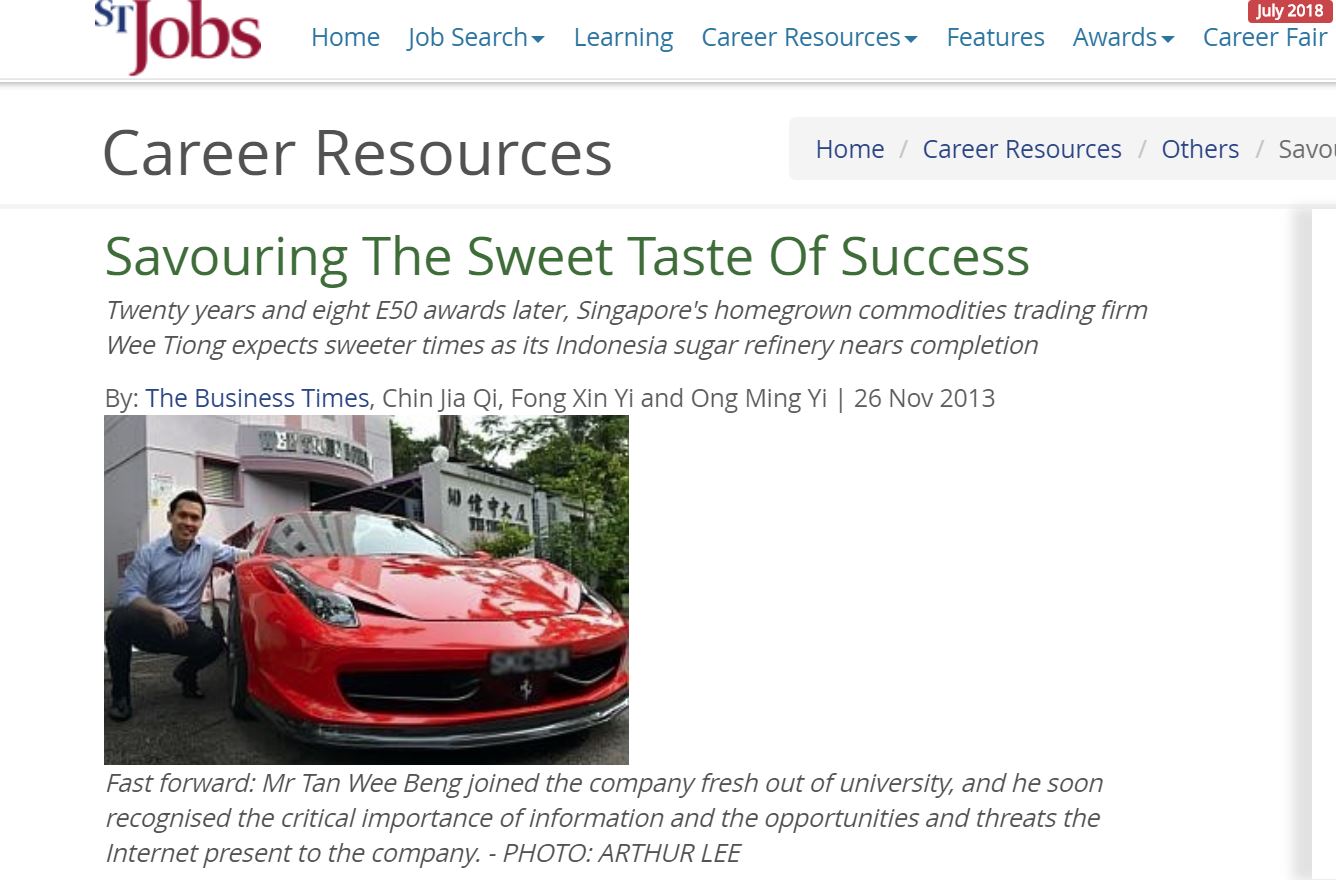 Mr Tan took over the business soon after his graduation from Nanyang Technological University in 2002. By that time, the company had already established an extensive network across other countries in the region.

Mr Tan took the company even further. He implemented computer systems and online trading platforms, which led to substantial increases in revenue.

Attempts made by news agencies to contact his company, Wee Tiong Holdings, have so far been unsuccessful. As for Mr Tan himself, no one knows where he is.

Perhaps, he’s met up with the still at-large Jho Low, and the 2 are sharing tips over beer on how to avoid capture.