When one gets into a dispute, it can be rather easy to get carried away with emotions. Spewing vulgarities can be expected, or worse, people pummelling and seriously injuring one another.

On 13 Sep at around 3pm, a 56-year-old man was arrested for murder, after getting into a fight at Block 6 along Beach Road.

In viral footage of the aftermath, police and Singapore Civil Defence Force (SCDF) personnel were shown scrambling around to tend to an elderly man who needed CPR. 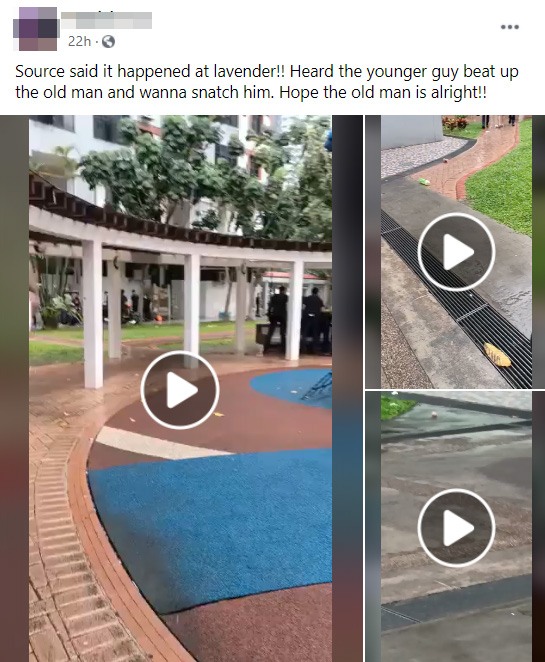 Officers were seen speaking with the man in handcuffs, before taking him away.

According to Channel NewsAsia (CNA), the 56-year-old suspect will be charged for murder after the fight.

Police said they were alerted to the incident at around 3pm. When they arrived, they found a 67-year-old man lying on the ground.

The victim was sent to Tan Tock Seng Hospital. Unfortunately, he had succumbed to his injuries and was pronounced dead.

A Facebook user uploaded a series of 3 videos that showed distressing footage of the aftermath.

The first video showed multiple residents gathering around the scene and at least 3 SCDF personnel tending to an injured man on a stretcher.

One was seen performing CPR on him, while other personnel and SPF officers were seen scrambling around trying to provide assistance as quickly as possible.

Some women then tried to approach the man but were held back by an SPF officer. They are presumably related to the elderly man.

After finding out what had happened to the man, they started wailing and came together in a hug to console one another.

In the second video, the attacker was led away by 2 police officers.

Donned in black t-shirt and shorts, he did not express any emotions as he was apprehended by the police. 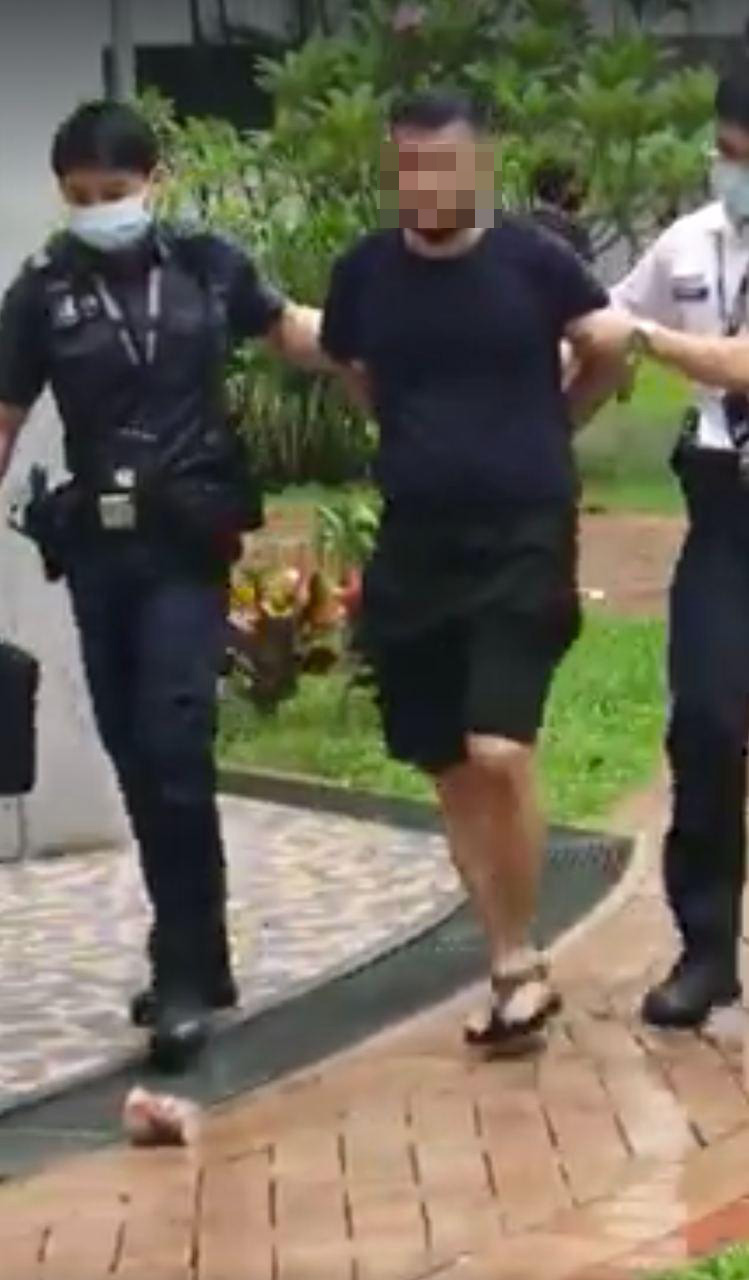 The injured man was taken away urgently in a stretcher by 3 personnel, with one continuing to perform CPR on him.

4 more officers swiftly followed behind as they cleared the scene.

Daughter-in-law of deceased did not know assailant

In an interview with Lianhe Wanbao, the daughter-in-law of the deceased said she didn’t recognise the suspect.

She also didn’t know why the suspect had reacted so violently.

Several witnesses at the scene told Lianhe Wanbao that at one point during the fight, the suspect had sat on top of the frail victim, and punched him.

The elderly man had then fallen to the ground and hadn’t the strength to defend himself against his assailant.

Hope family members will get closure

It must be a very troubling time for family members of the deceased to know the shockingly tragic circumstances that led to his demise.

Such crimes are not be condoned no matter the situation a perpetrator may be in. We hope that police will get to the bottom of the case swiftly, and give family members closure.

MS News sends our deepest condolences to family members of the deceased.