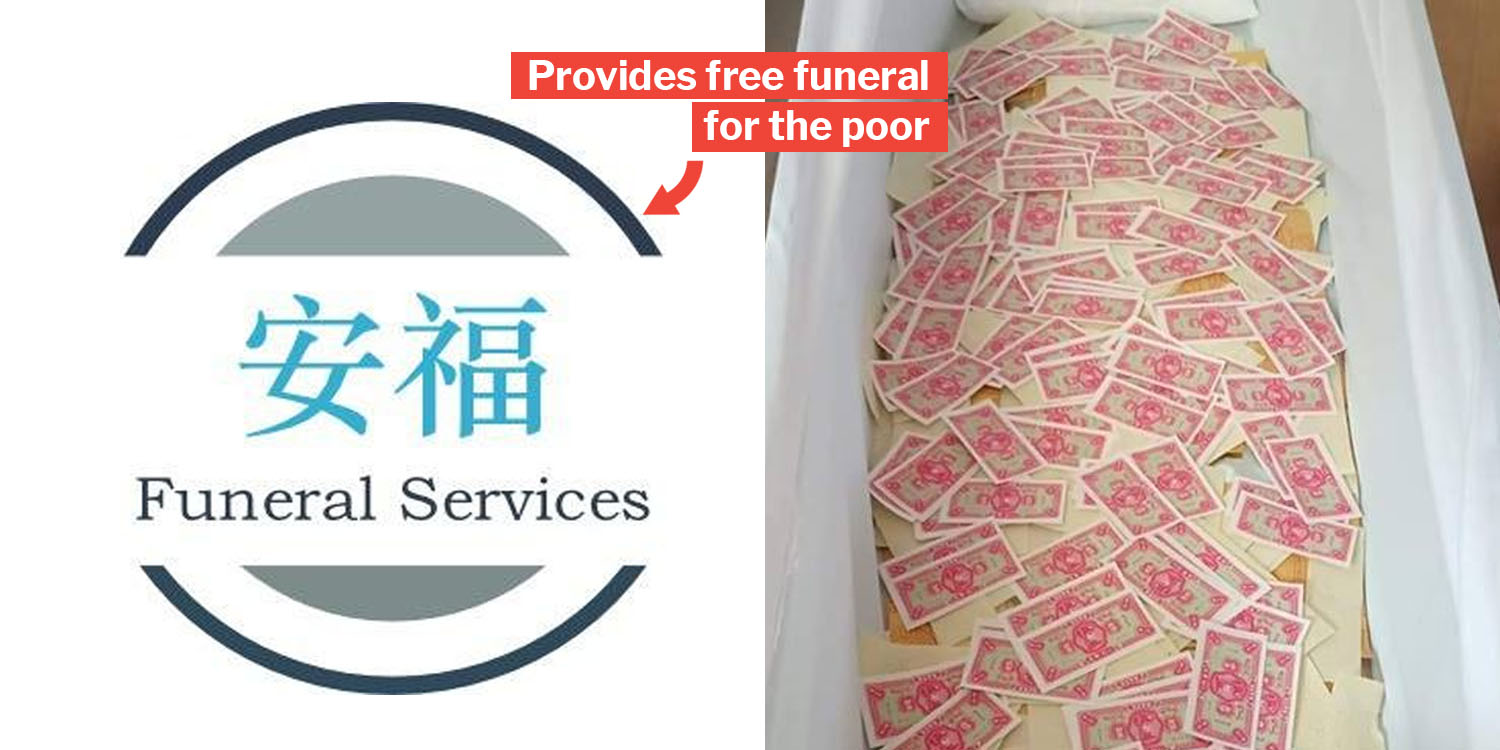 Everyone deserves a final farewell.

An Fu Funeral Services Provides Free Funerals For The Poor

Death is an inevitable part of everyone’s life.

But not everyone can afford to have a proper funeral. After all, funeral services can easily cost a few thousand dollars, which is unaffordable for those struggling to make ends meet.

One netizen by the name of Terie Sim took to Facebook on Monday (25 Feb) promising that his funeral parlour – An Fu Funeral Services – will provide free services for those who can’t afford it.

Here’s his post in full, we also summarise it after the jump.

Free funerals for the less fortunate

Mr Sim starts his post off by addressing a common concern among many of us — the lack of money.

He then reassures those unable to afford a funeral to not worry.

That’s because his company – An Fu Funeral Services – will provide free services without hesitation for those who “don’t have enough money”.

He claims that he doesn’t expect anything in return, except a customary goodwill ang bao which can contain any amount — a common practice among Chinese.

Others also believe that good karma will befall Mr Sim and his family for the kind deeds.

One netizen even urged Mr Sim to run for election, given his “gracious heart”, which will come in handy when helping constituents with their rat problems.

Kudos to them for their generosity

All of us at MS News are heartened by the generosity extended by Mr Sim and his company.

Those who know of anyone having difficulties setting up a funeral for their loved ones can approach Mr Sim at 9343-9611, so they too can receive a dignified send-off.