What In The World Happened To Kina Grannis And Gentle Bones? 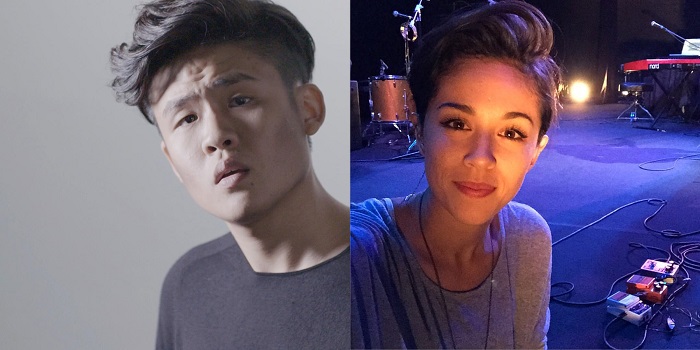 Gentle Bones sold out Esplanade, but had to cancel anyway

On 5 Oct, fans of Singaporean indie singer Gentle Bones got some great news. The musician signed with Universal Music would be holding a debut concert at Esplanade Concert Hall.

Fans were excited. So excited, the concert was sold out — quite the achievement for what would have been the first time a solo local indie artist headlining Singapore’s finest concert venue.

But as we all know, we can’t really have good things, and on 27 Nov, the concert was cancelled due to “circumstances beyond [Gentle Bones’] control”.

While the singer is working on rescheduling, refunds for the event have already begun.

So what could possibly be the “circumstances” that forced a cancellation 13 days before the event?

MustShareNews.com tries to piece the puzzle together, via the magic of social media updates.

Gentle Bones and Kina Grannis were on tour

American singer-songwriter Kina Grannis was supposed to perform in Singapore on 22 Sept, as part of an Asian tour, which included dates in Malaysia, Hong Kong, and Taiwan. All tour dates were to be supported by Gentle Bones and Imaginary Future.

Kina was super stoked to kick off the tour in Jakarta.

Then came the announcement that refunds would be issued for the Hong Kong and Singapore dates too.

Along the way, Kina announced all further dates of her Asian tour were cancelled.

due to continued life weirdness, new content for #kinamondays will be taking a temporary hiatus. pic.twitter.com/OkOkqauNvU Where in the world are they?

So we know the trio performed in Jakarta, and had to cancel all other tour dates after that.

We don’t really know why, except for the all-too-convenient excuse of “unforeseen circumstances”.

Then there are the mysterious Facebook updates from both Gentle Bones and Kina Grannis.

WAIT ARE THEY ALL STILL IN JAKARTA?!?

@pricylliaeryl never made it out of Jakarta

With a distinct lack of updates, all we can do is assume that something cropped up in Jakarta, and Kina Grannis, Gentle Bones, and Imaginary Future are all still stuck in Indonesia.

To date, they’ve been there for at least two months.

So, what is actually going on?

is this going to be endless