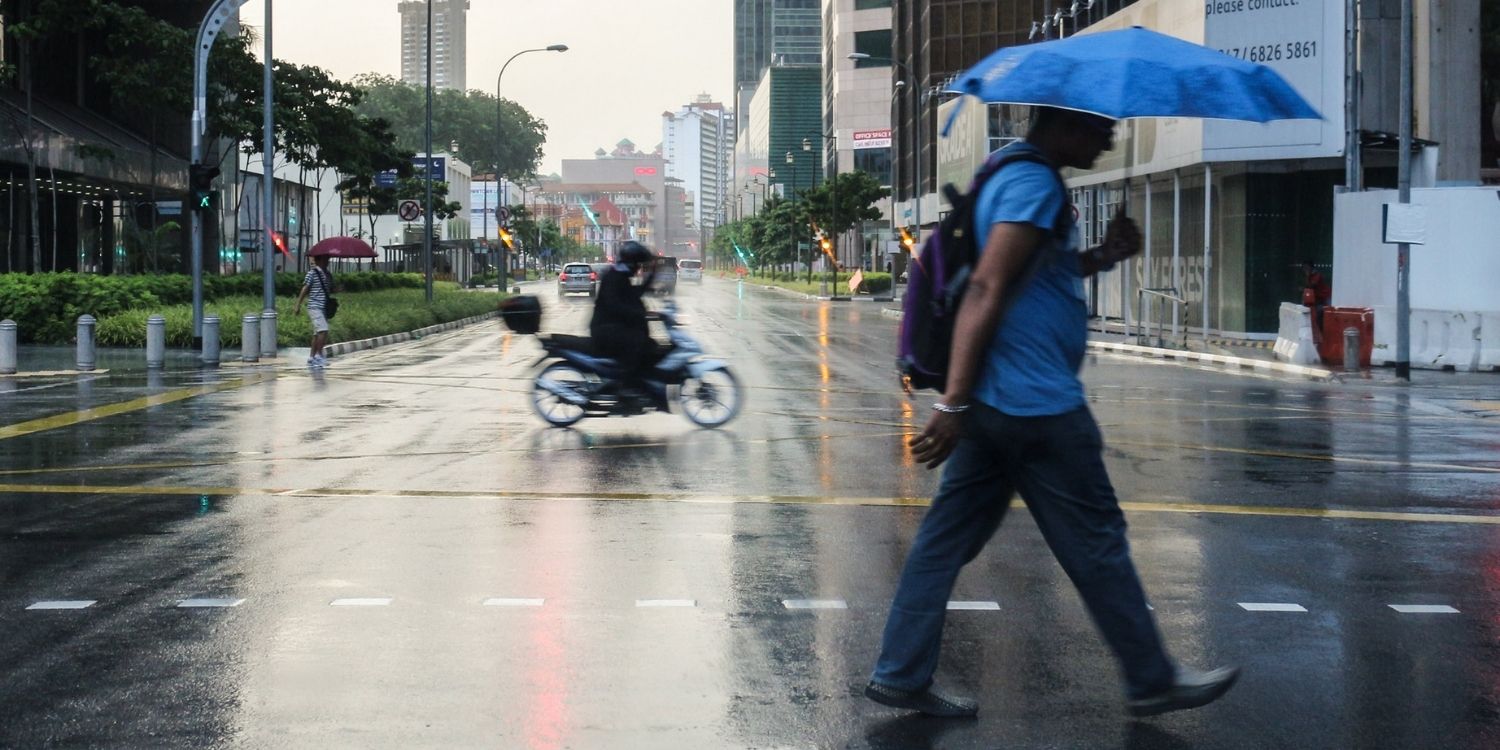 If you’re lazing around at home while reading this, you’re probably the cosier ones enjoying the warmth while others scurry for shelter outside.

The gloomy weather is thanks to heavy rain all over the island, which the Meteorological Service Singapore (MSS) announced today (13 Sep).

If you’re feeling the chills, no — it’s not a ghost, but some gusty winds sending temperatures as low as 24°C in some areas.

Heavy rain all over the island

On typical rainy days, you’d experience the strange phenomenon of rain on one end of Singapore and hot weather on the other.

Your Westie friend who arrived late for a meal, outfit drenched, may befuddle the Easties who were soaking in the sunshine.

Point is, to have heavy rain falling over the whole of Singapore at once is rare.

But today (13 Sep), that was what exactly happened. In fact, the latest MSS forecast shows the showers lasting till 3.30pm. 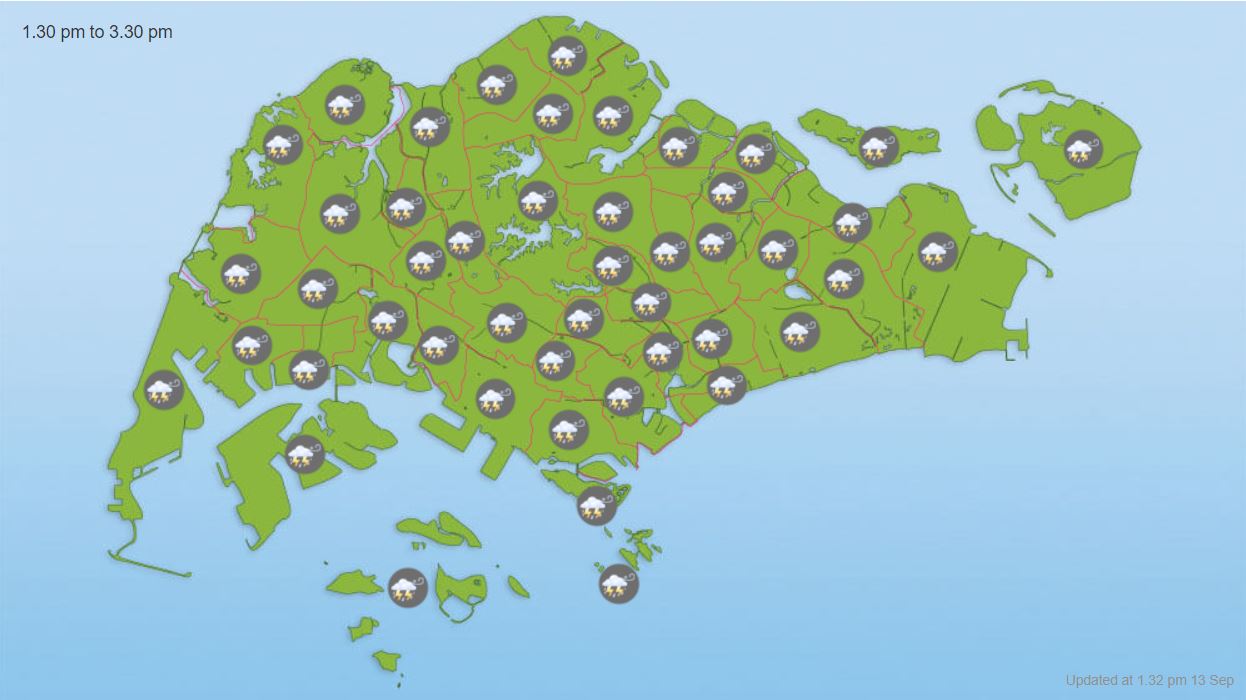 Our thoughts go out to those who’ve planned a day out, like a picnic by the beach or cycling with friends.

The rain is so heavy, in fact, that the Public Utilities Board (PUB) issued a flash flood warning some time in the afternoon.

However, the flash flood will only occur in the event of persistent heavy rain. Should the rain subside, they would unlikely happen, based on previous updates.

PUB had similarly released the warning yesterday (12 Sep) when it rained, but later updated that drain water levels in low-lying areas had subsequently decreased.

Wet weather to persist in first half of Sep

The MSS had already clarified on 1 Sep that “thundery showers and humid conditions” will persist in the first half of September.

This means that most days will see heavy rain and cold wind in many areas, with smatterings of warm nights. 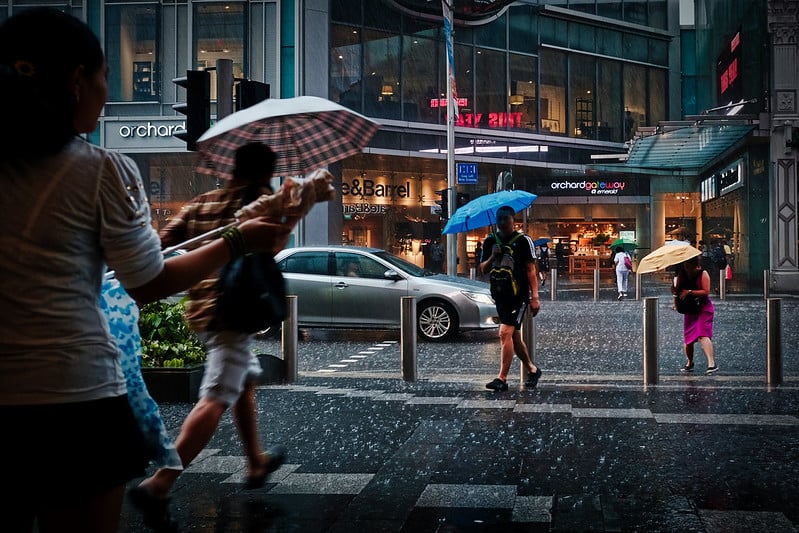 Overall, however, temperatures should remain between 25°C and 33°C.

If you’d like to experiment with layering your outfits with sweaters and jackets, now might be the best time, before the humidity returns with full force.