The world has watched bushfires ravage Australia for months, but this heartbreaking saga might soon be coming to an end.

On Thursday (16 Jan), BoredPanda reported that Australia finally had showers and thunderstorms. The rain extinguished about 32 bushfires in New South Wales, leading the number of bushfires to fall from 120 to 88. 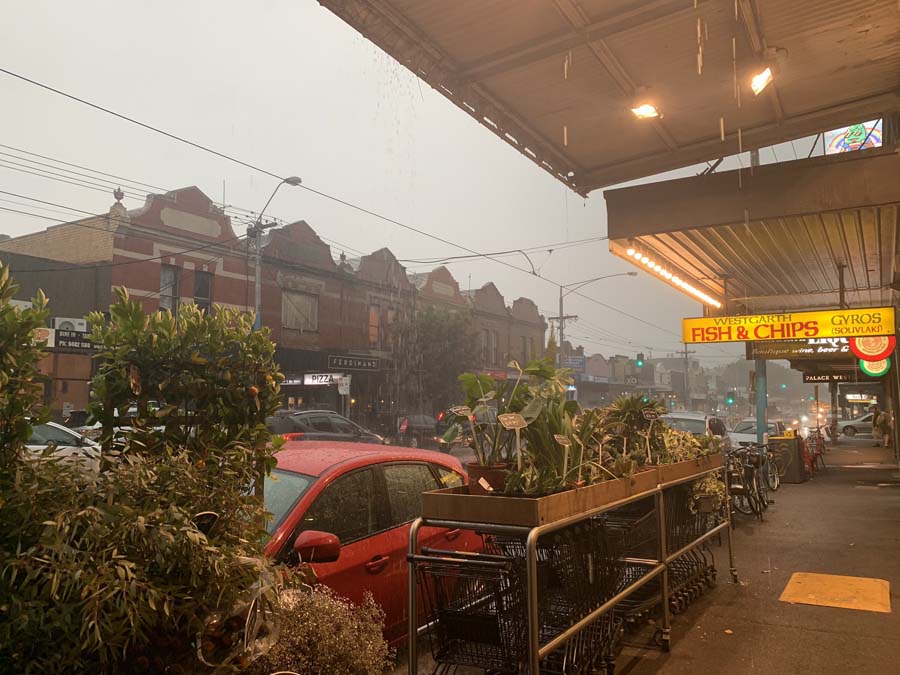 We’re sure this comes as a massive relief to those who suffered from this longstanding ordeal.

Australia’s Bureau of Meteorology reports that showers and thunderstorms are expected from Thursday to Sunday. Forecasters estimate that 30 to 80mm worth of rain will fall in the east of New South Wales. 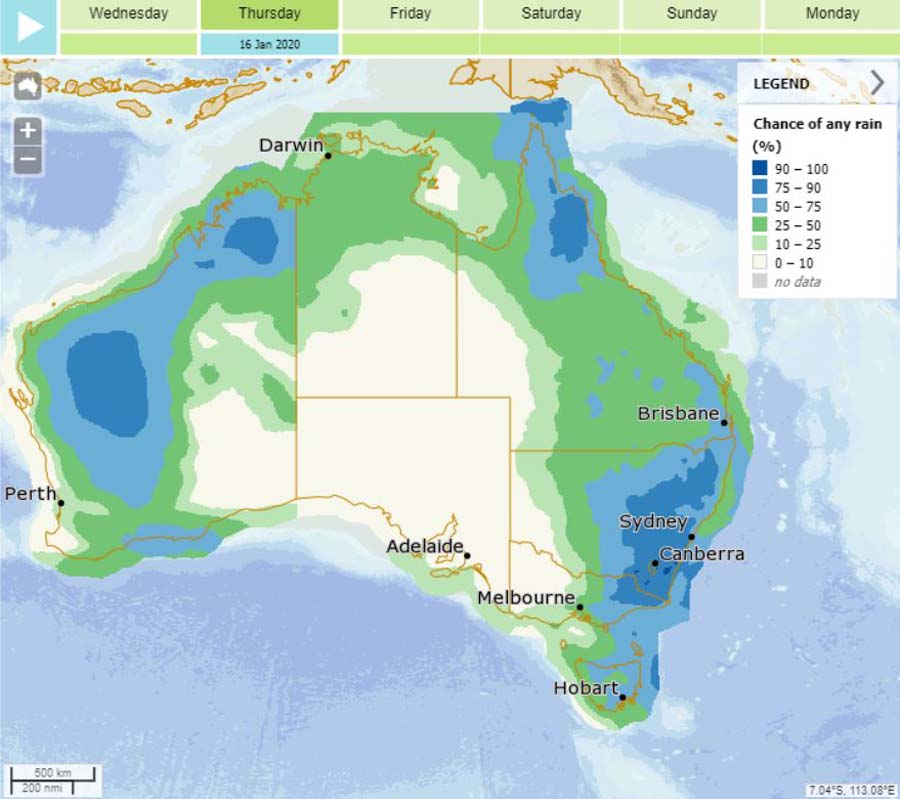 While the rain has stopped 32 bushfires in Australia, it’s not enough to extinguish every flame. About 82 fires have continued to burn, and 30 of these fires are yet to be contained. 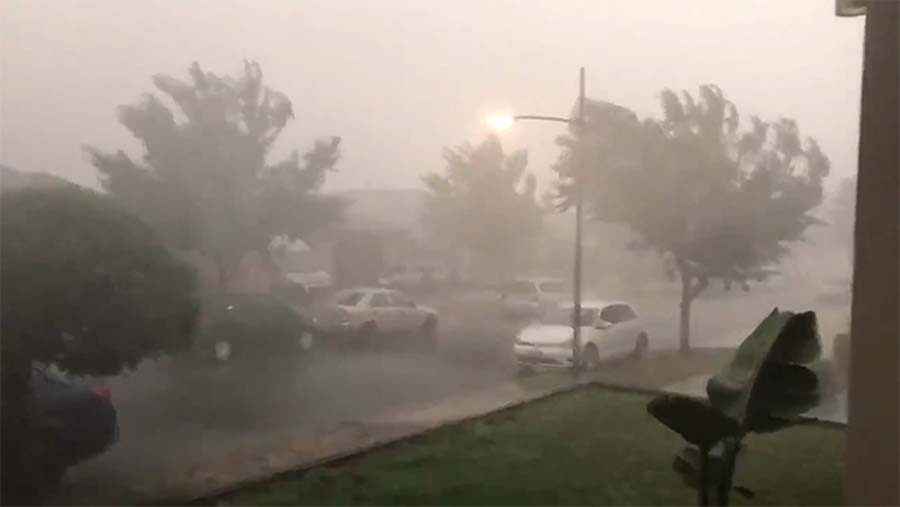 Locals have celebrated the rain with a lot of fanfare by posting pictures on social media. 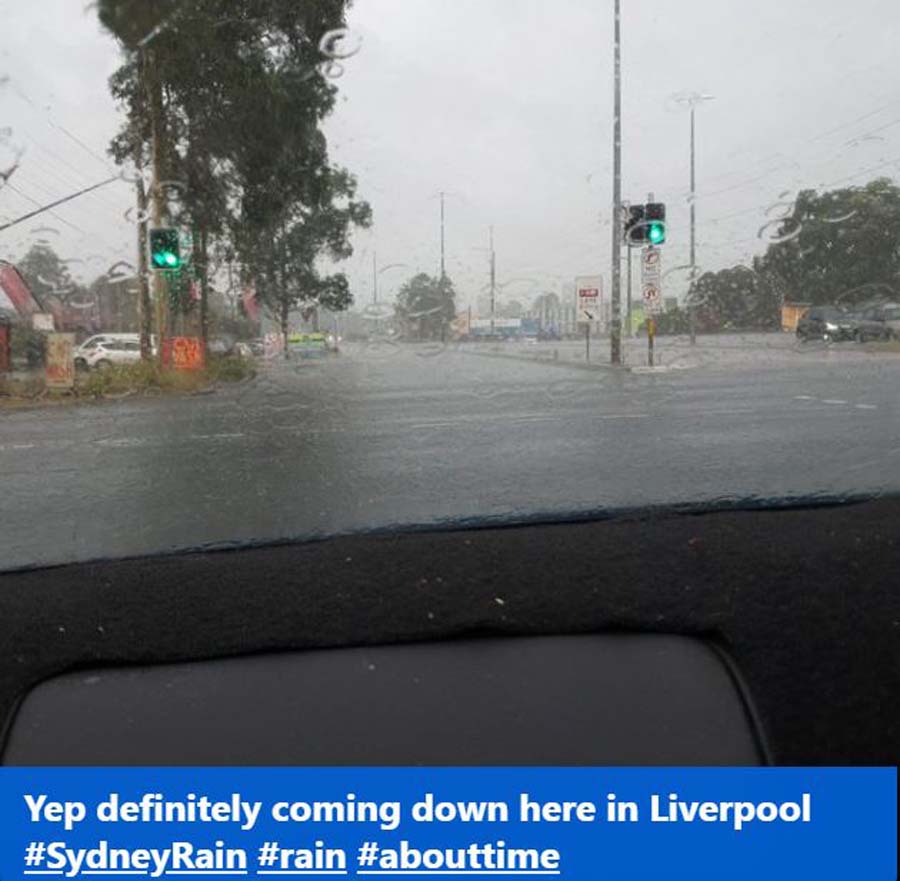 Many hope that the continuous rainfall will put an end to the natural disaster. While we don’t know what the future holds, locals wish that every flame will be extinguished soon. 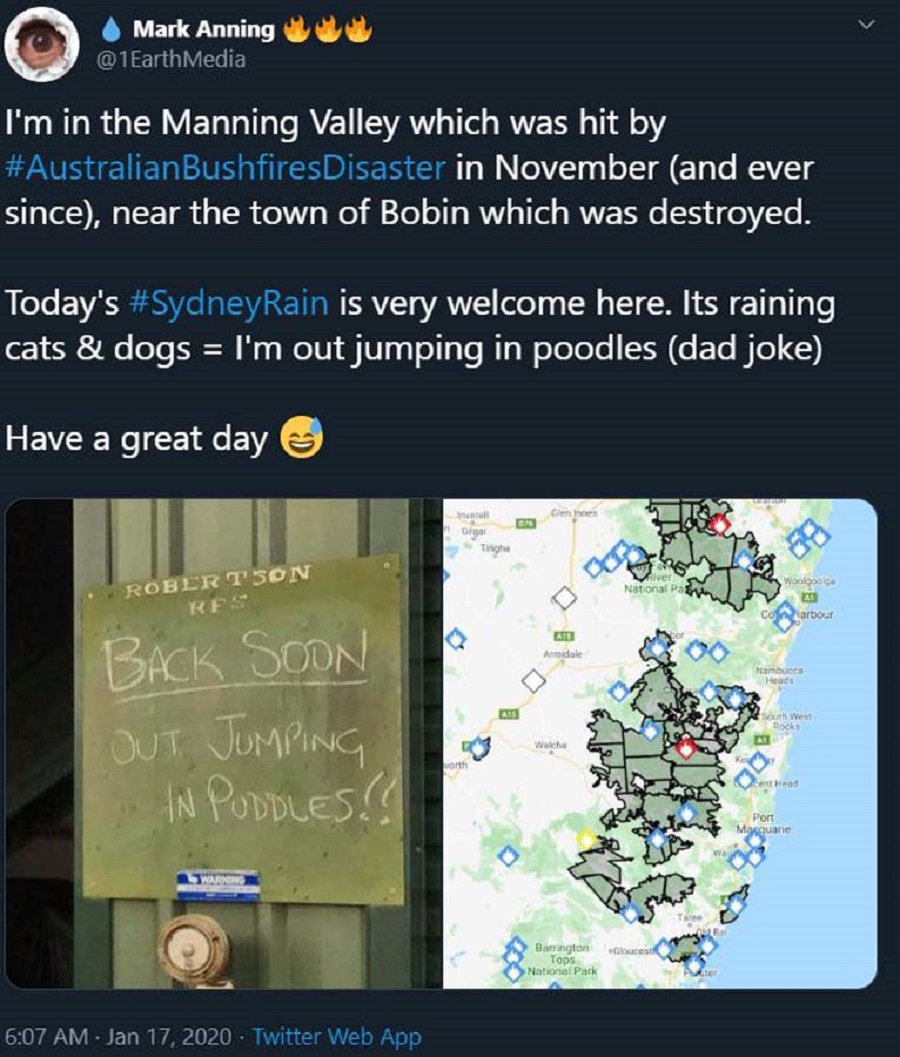 Although the rain is definitely good news for the fire-ravaged parts of Australia, there may be some consequences. Forecasters expect flash floods in places with parched lands. 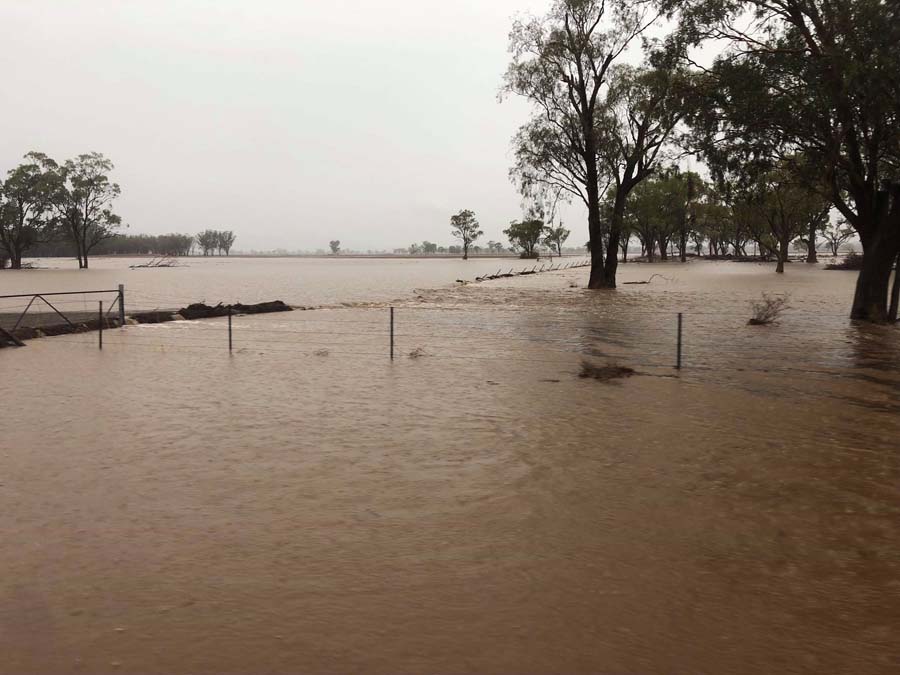 According to CNN, the fires have burned trees and vegetation which usually soak up the water. Several years of drought have made lands so dry that water may simply run off the ground. 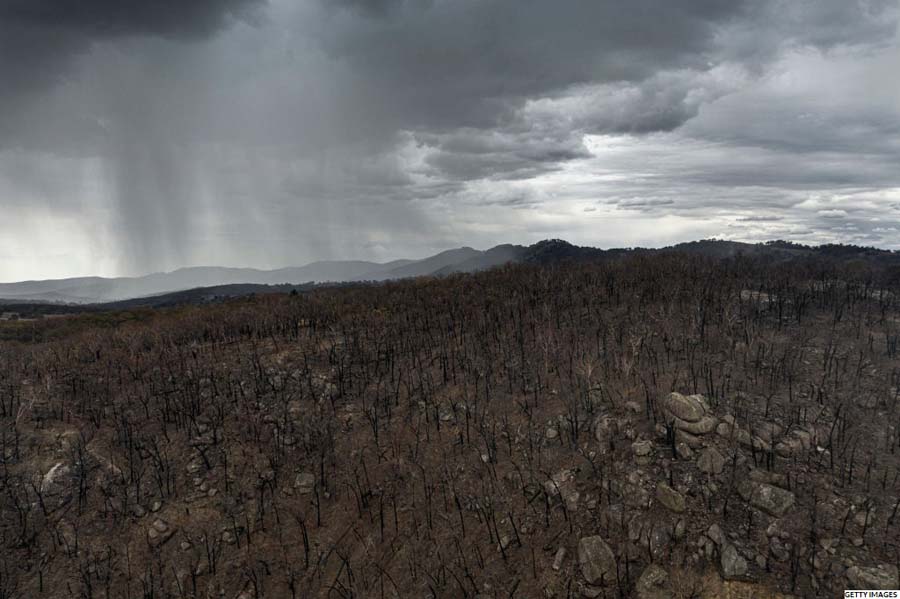 Trees that have conquered the flames may also be at risk of falling. Authorities also predict that the rain could lead ash and debris towards the waterways. Animals native to Australia’s forests can’t seem to catch a break as they are most vulnerable to the elements.

According to CNA, the long-awaited rain became a double-edged sword as koalas and native animals at the Australia Reptile Park were stranded in floodwaters. 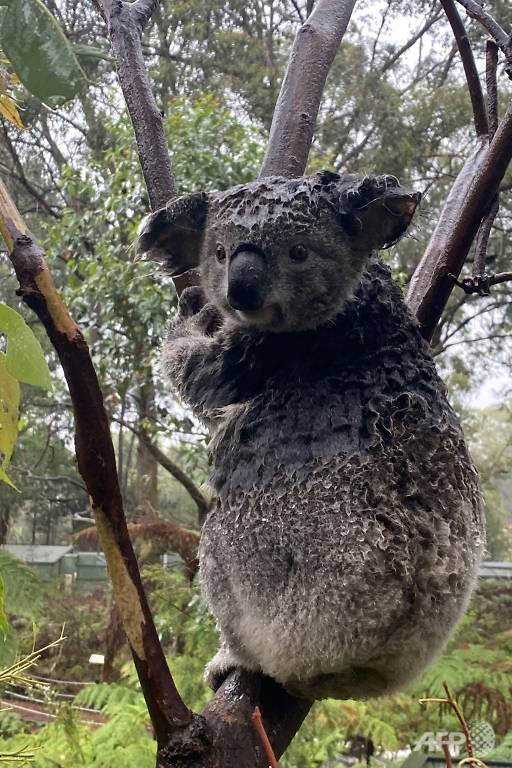 Volunteers were mobilised to help save them and defend the park, located on the east coast of New South Wales, from the devastating deluge. 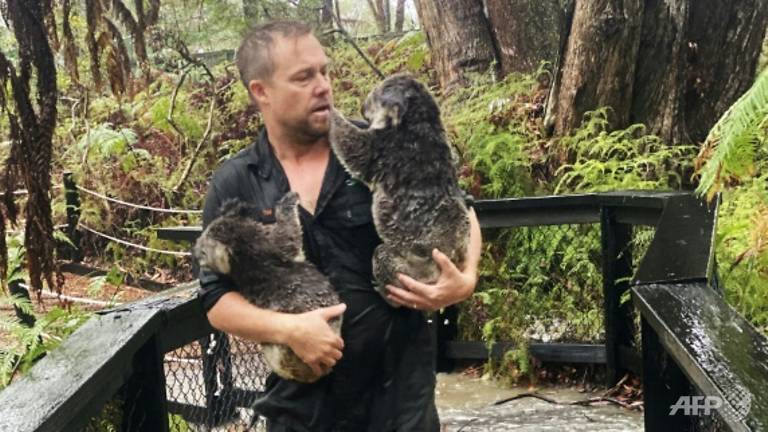 The Australian bushfires lead to the death of 480 million animals and burned 12 million acres of land. The most affected regions experienced temperatures rise up to 46°C which disrupted the lives of animals and locals.

While the heavy rains may lead to flash floods, it’s effective at extinguishing the fires. We sincerely hope that the bushfire tragedy will be resolved soon and more rains will help the firefighters.