He said that Deputy Prime Minister Heng Swee Keat had said during an interview that Singapore’s population should plan to increase to 10 million.

This was denied emphatically by Foreign Minister Vivian Balakrishnan, who accused Dr Chee of indulging in falsehoods.

Now, Mr Heng himself has come out to clarify what he said during the interview, denying that he said Singapore should plan to increase its population to 10 million. 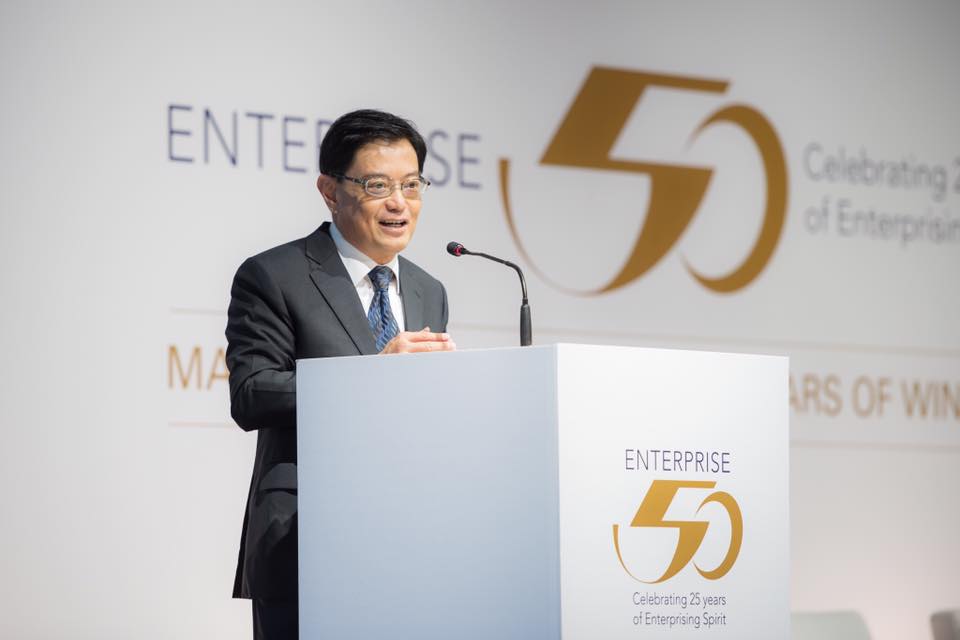 Mr Heng made this clarification in a Facebook post on Thursday (2 Jul), a day after the debate. 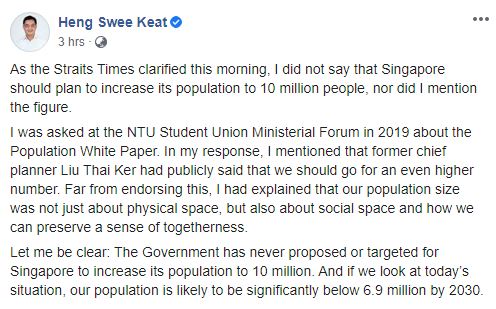 In fact, he said that he didn’t even mention the figure of 10 million – it was former chief planner Liu Thai Ker.

Mr Heng was at the Nanyang Technological University (NTU) Student Union Ministerial Forum in 2019, when he was asked about the Population White Paper.

In his response, he cited Mr Liu as saying that Singapore should go for 10 million people.

Mr Heng said he did not endorse Mr Liu’s suggestion, but said that Singapore’s population size was also about social space and a sense of togetherness, not just physical space.

He then repeated for clarity:

The Government has never proposed or targeted for Singapore to increase its population to 10 million.

In fact, he said, Singapore’s population will probably be less than 6.9 million by 2030, going by today’s situation. An article by The Straits Times on the debate also provided a clarification.

According to the article, Mr Liu mentioned the 10 million figure in 2013, when he predicted that Singapore’s population could hit 10 million by 2100.

Thus, the nation’s infrastructure needed to be planned for that eventuality.

He was speaking in response to the 2013 Population White Paper that projected that Singapore’s population would go up to 6.9 million by 2030.

According to ST, “Mr Heng did not say Singapore should plan for 10 million people – nor did he mention the figure”. 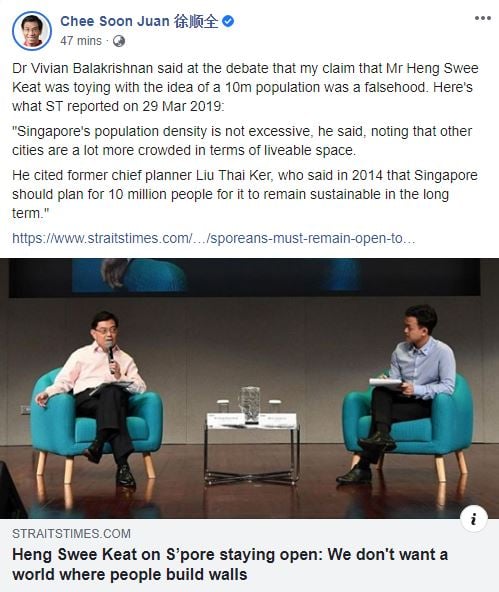 The ST article simply said that Mr Heng cited Mr Liu, “who said in 2014 that Singapore should plan for 10 million people for it to remain sustainable in the long term”.

No elaboration was made on Mr Liu’s words.

The “10 million population” claim is a key plank of the SDP’s election campaign platform “Four Yes, One No” (4Y1N).

The “One No” in the motto refers to stopping the increase in Singapore’s population to 10 million.

However, now that the purported “10 million plan” has been disproved, said Dr Balakrishnan, the SDP should clarify its position.

He was quoted by ST as saying this on Thursday (2 Jul).

Usage of “10 million” figure can be misconstrued

The figure of 10 million for Singapore’s population is indeed a concerning one, and we see how the mere mention of that figure could be misconstrued.

Now that Mr Heng has clarified that we was just quoting somebody else, and the Govt has no intention to target a population of 10 million, the matter should be laid to rest.

We don’t know about you, but there have been just too many “he said, he said” controversies popping up recently.