A lady by the name of Bae Salim on Facebook has gone on the platform to appeal for witnesses and dashcam footage of an accident along the Tampines Expressway (TPE) involving her husband. 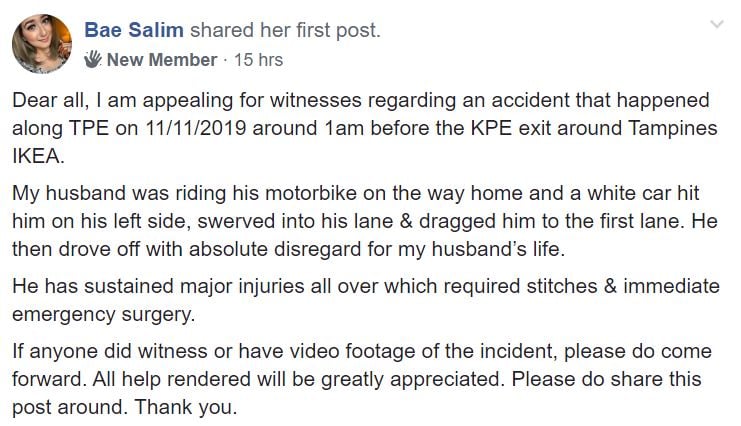 The accident took place on 11 Nov at around 1am. According to her recount, her husband was riding home when a white car swerved into his lane, knocked him over and dragged him across 1 lane before making off.

Because of the accident, her husband suffered “major injuries”, requiring stitches and emergency surgery.

From the images, the accident appeared to have happened just a short distance along the TPE after passing Tampines IKEA. We’ve marked out the likely spot on the map below. Hope the culprit will be found

Ms Salim’s Facebook post has been shared more than 400 times since she first posted it yesterday (16 Nov).

She urges more people to share it and hopes to find witnesses eventually.

MS News wishes her husband a swift recovery, and hope that the guilty party will come forward soon. 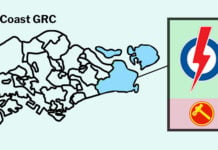