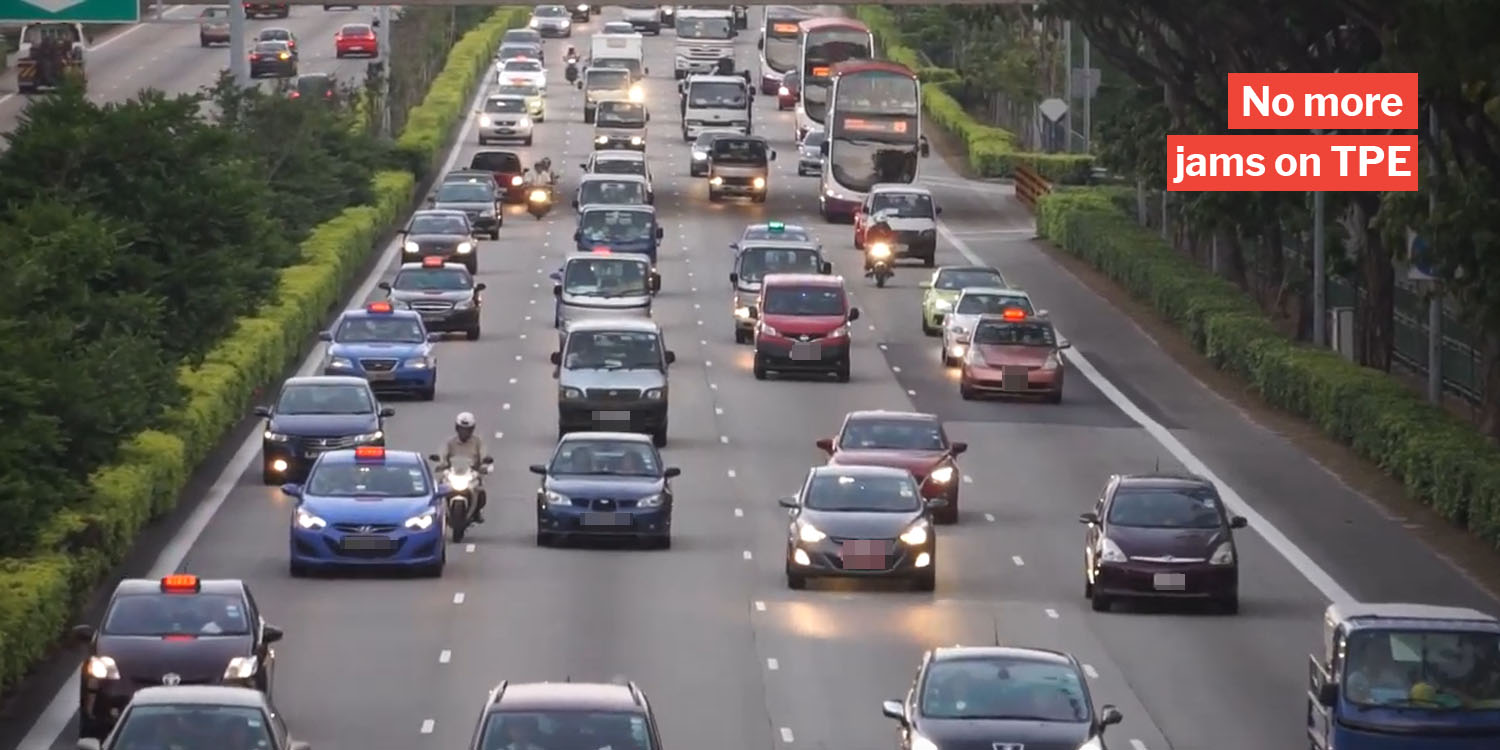 For those who frequently travel between Punggol and Pasir Ris via the TPE, you would know the pain of being stuck in the jam during peak hours.

Since the TPE is the quickest path connecting the two areas, motorists will often prefer to take that route. But the shortest path has become longer due to the large number of vehicles, which defeats the whole purpose.

Good news for motorists though, because the Land Transport Authority (LTA) has built a new link road to help ease the traffic situation.

According to LTA, the new link road opening on 17 Nov will extend from Pasir Ris Industrial Drive 1, providing an alternative for motorists travelling between Punggol and Pasir Ris.

Currently, motorists travel between the two towns via the TPE, highlighted in green below. 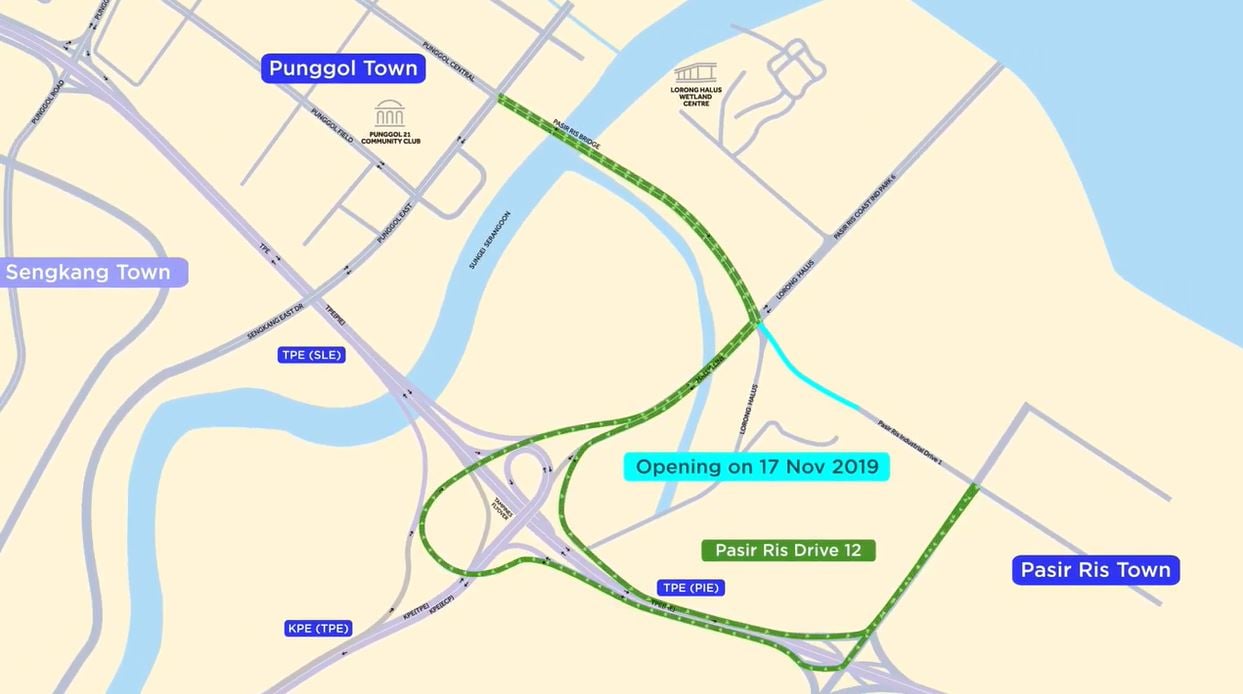 However, with the new link road, motorists can now travel between the two towns on a much shorter path than before.

Here’s a video by LTA to help you better navigate the new route.

New slip road between KPE & TPE will open on 9 Nov

In addition, a new slip road will also be opened to motorists on 9 Nov to replace the existing one from KPE(TPE) to TPE(SLE). 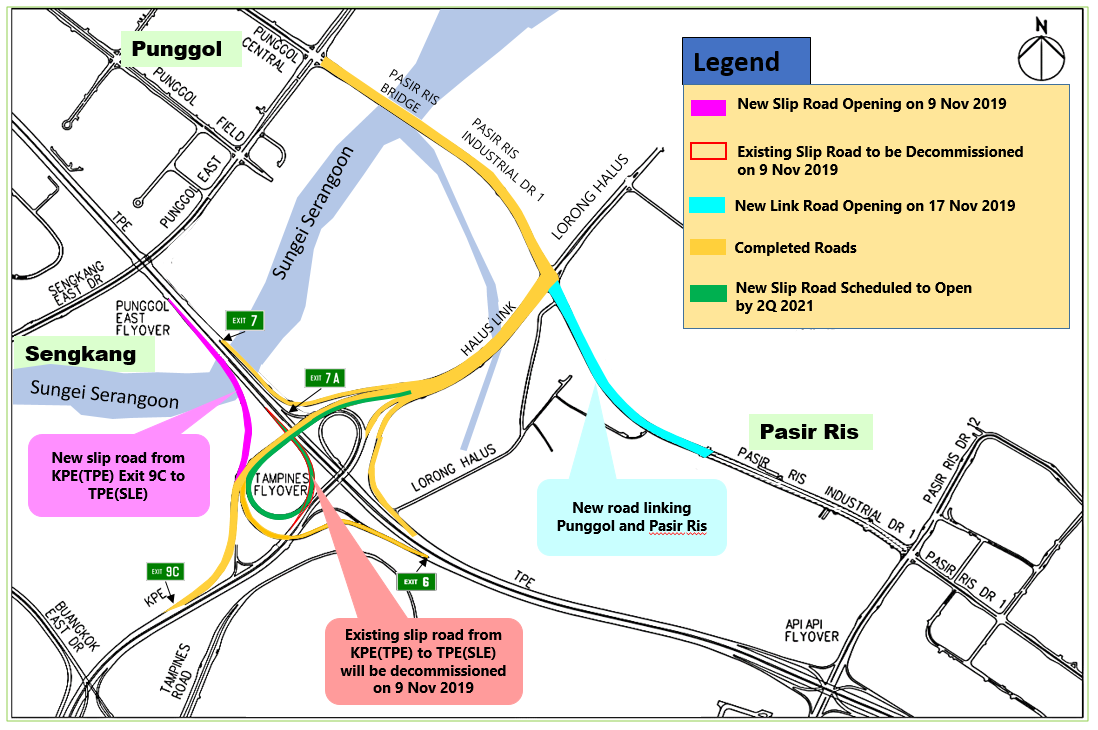 Once this slip road is open, the existing slip road will be used to facilitate TPE/KPE expansion works.

With the opening of the new link road, we can now look forward to smoother TPE traffic between Punggol and Pasir Ris. Hooray.

A shorter commute may mean you can’t sleep in the bus or car, but hey, cheers to more quality time spent in bed since you don’t have to rush out early.

Kudos to LTA for constantly improving the traffic in Singapore!