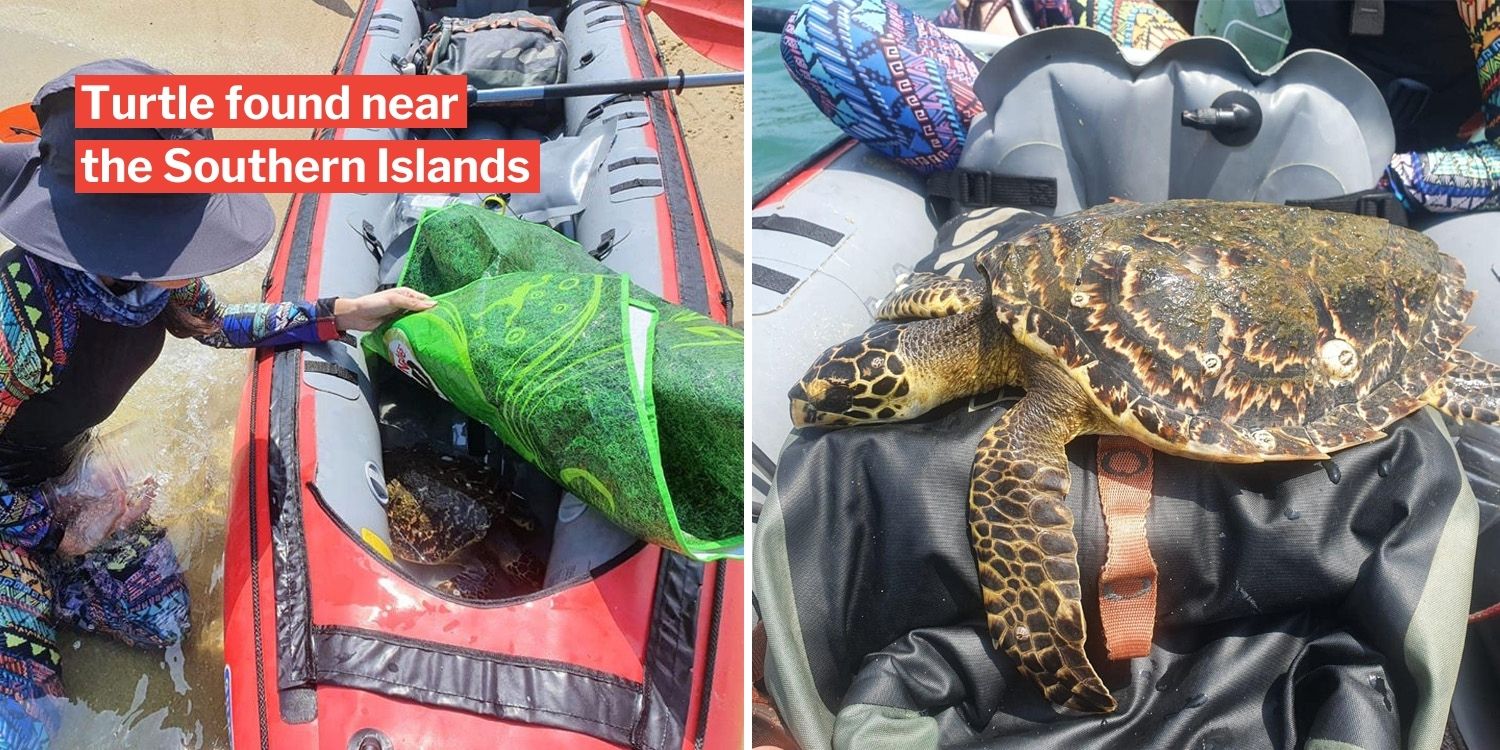 They named it 'apam balik'.

With the sunny weather we have been experiencing recently, some Singaporeans might choose to embark on a kayaking excursion.

That’s exactly what seasoned sea kayakers Syed and S.A did over the weekend.

However, their kayaking trip to the Southern Islands soon turned into a rescue mission when they chanced upon a Hawksbill sea turtle floating belly up in the waters. 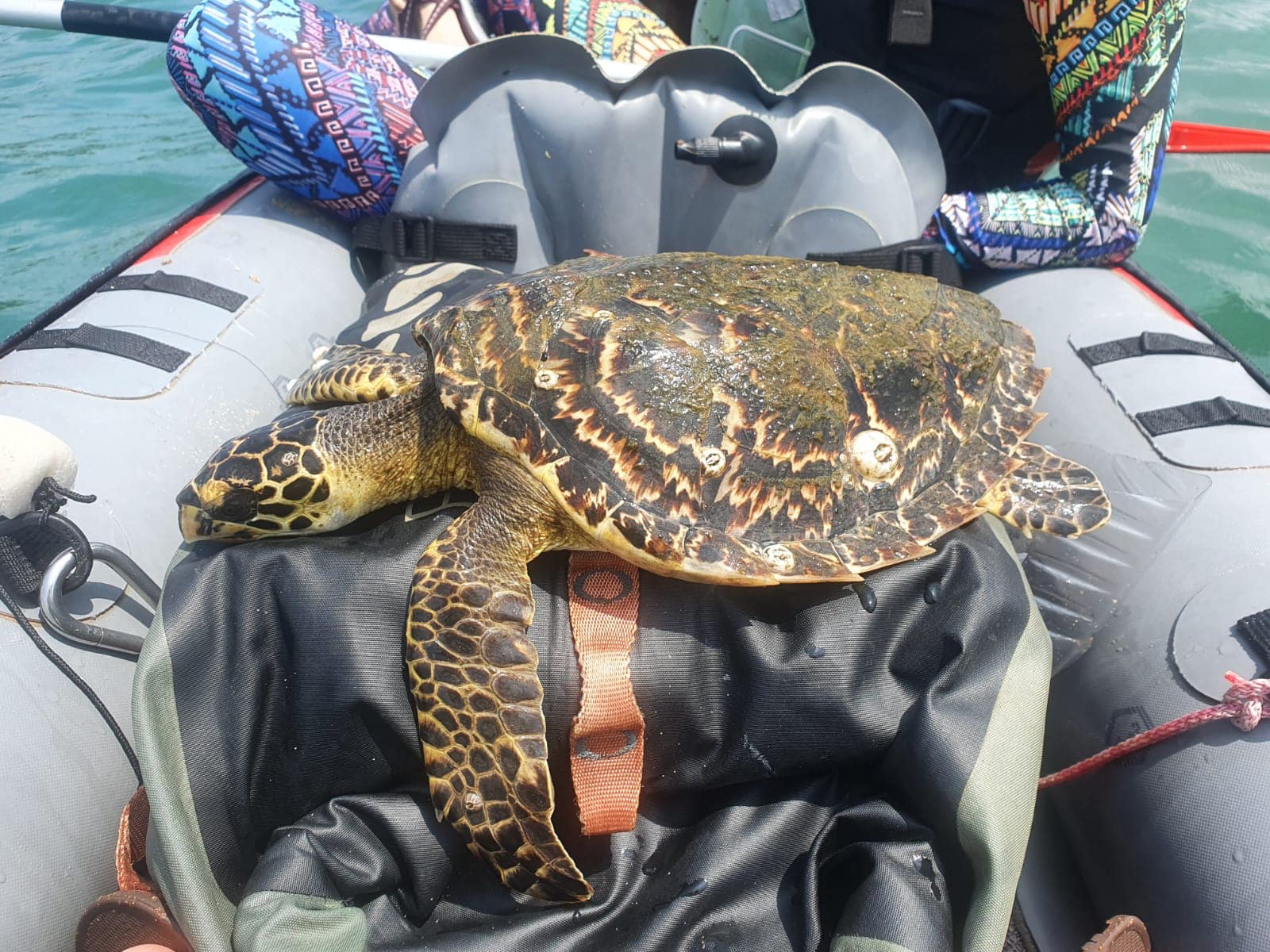 Syed and S.A, were paddling between Kusu and Lazarus islands when they spotted the lifeless turtle floating belly up in the water.

They had picked it up, thinking it was already dead.

To their surprise, while they were taking photos to document it, the turtle made small movements. 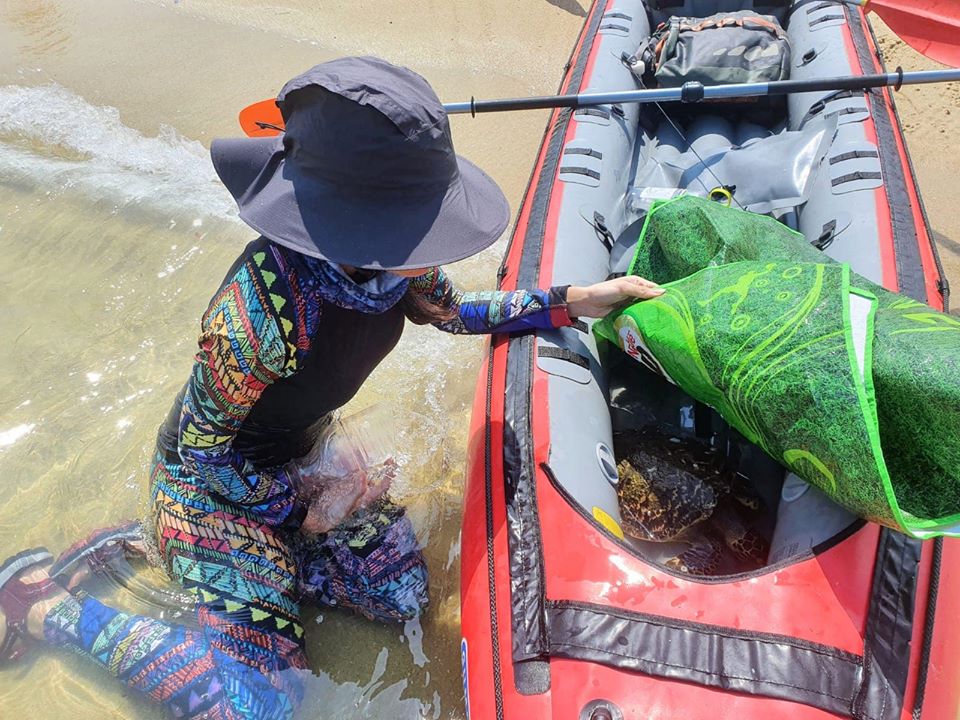 They brought the turtle to shore

The pair then brought the turtle to shore to let it rest. The turtle started moving more, but they recognised that it was “very weak”.

After some time, the Hawksbill turtle started to swim. However, it could only swim in circles.

It was also floating at the surface of the water, unable to dive underwater.

Turtle handed over to NParks

According to the post, the kayakers contacted the National Parks Board (NParks) and arranged to hand the turtle over at Sentosa’s Tanjong Beach.

The pair then paddled back all the way back to Tanjong Beach and passed the turtle over to NParks staff.

But not without affectionately naming the turtle “apam balik”, after a South-east Asian dessert. NParks shared with MS News that they received the turtle on Sunday (2 Aug).

The turtle appeared “weak and skinny, and is likely to have been sick for awhile”.

The rescued turtle will be released back to sea when it’s recovered.

NParks advised members of the public who encounter a nesting or injured turtle, turtle tracks or nests to call the NParks helpline at 1800-471-7300.

They also instructed the public to keep a distance from them, and keep all noise to a minimum.

Do not disturb the turtles with bright lights such as camera flashes and torchlights.

Also, avoid touching the turtle or its eggs so as not to scare them or damage the eggs.

You can find out more information on what to do when encountering turtles here.

We applaud Syed and S.A for their efforts in rescuing the turtle. They also did the right thing in informing NParks about the situation.

While NParks takes protection and preservation of wildlife very seriously, all of us play a part in protecting the diverse wildlife that our island has been blessed with.

When encountering wildlife, do remember to exercise caution and contact NParks if you have any doubts.