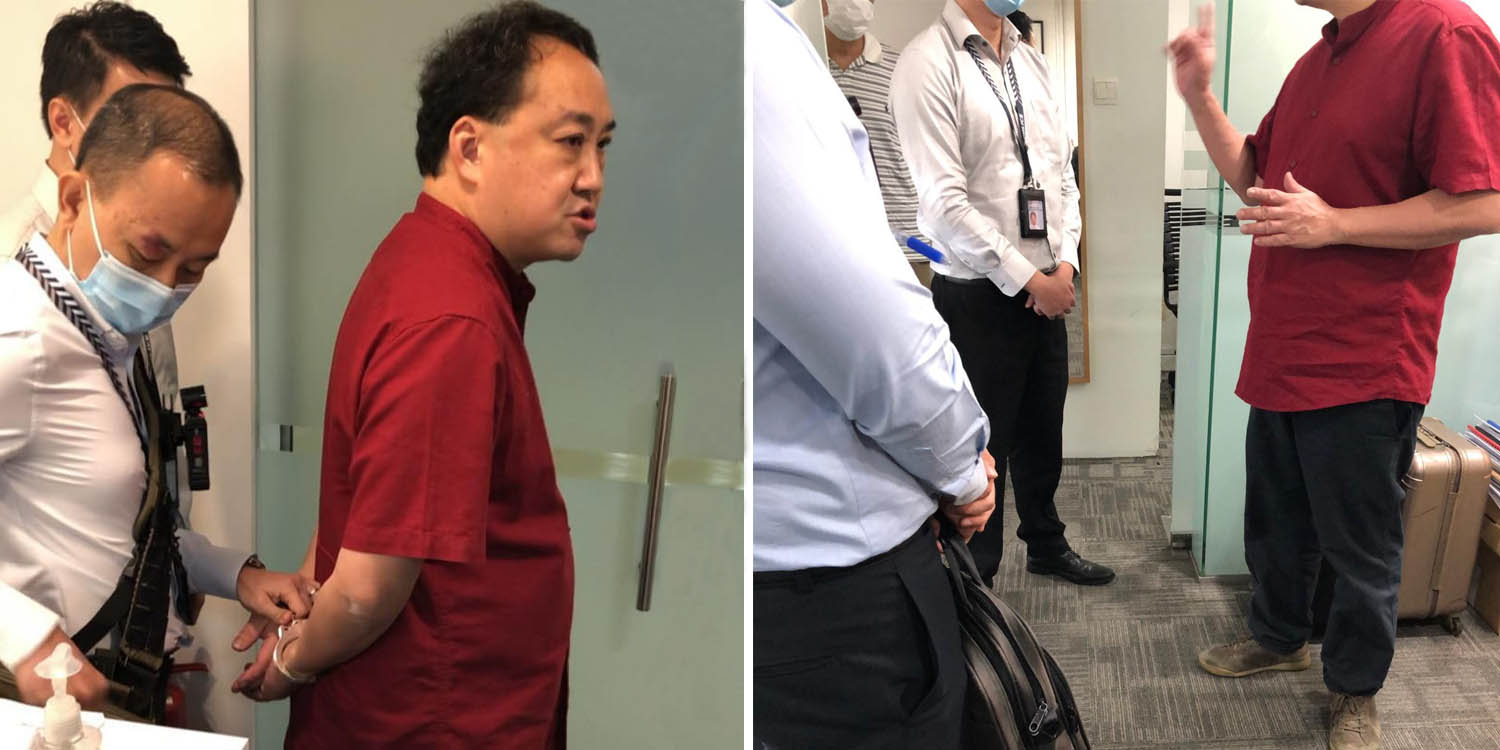 Mr M Ravi has been appointed as his Defence Counsel.

Lim Tean, the Peoples Voice leader who contested in Jalan Besar GRC during GE2020, is a familiar face among Singaporeans.

On Friday (2 Oct), Mr Lim was allegedly arrested by 3 officers from the Commercial Affairs Department.

Pictures of him in cuffs were shared by Lawyer M Ravi on Facebook. According to Mr Ravi, the Peoples Voice leader was arrested as he was with Mr Leong Sze Hian, preparing for the latter’s defamation trial involving PM Lee. 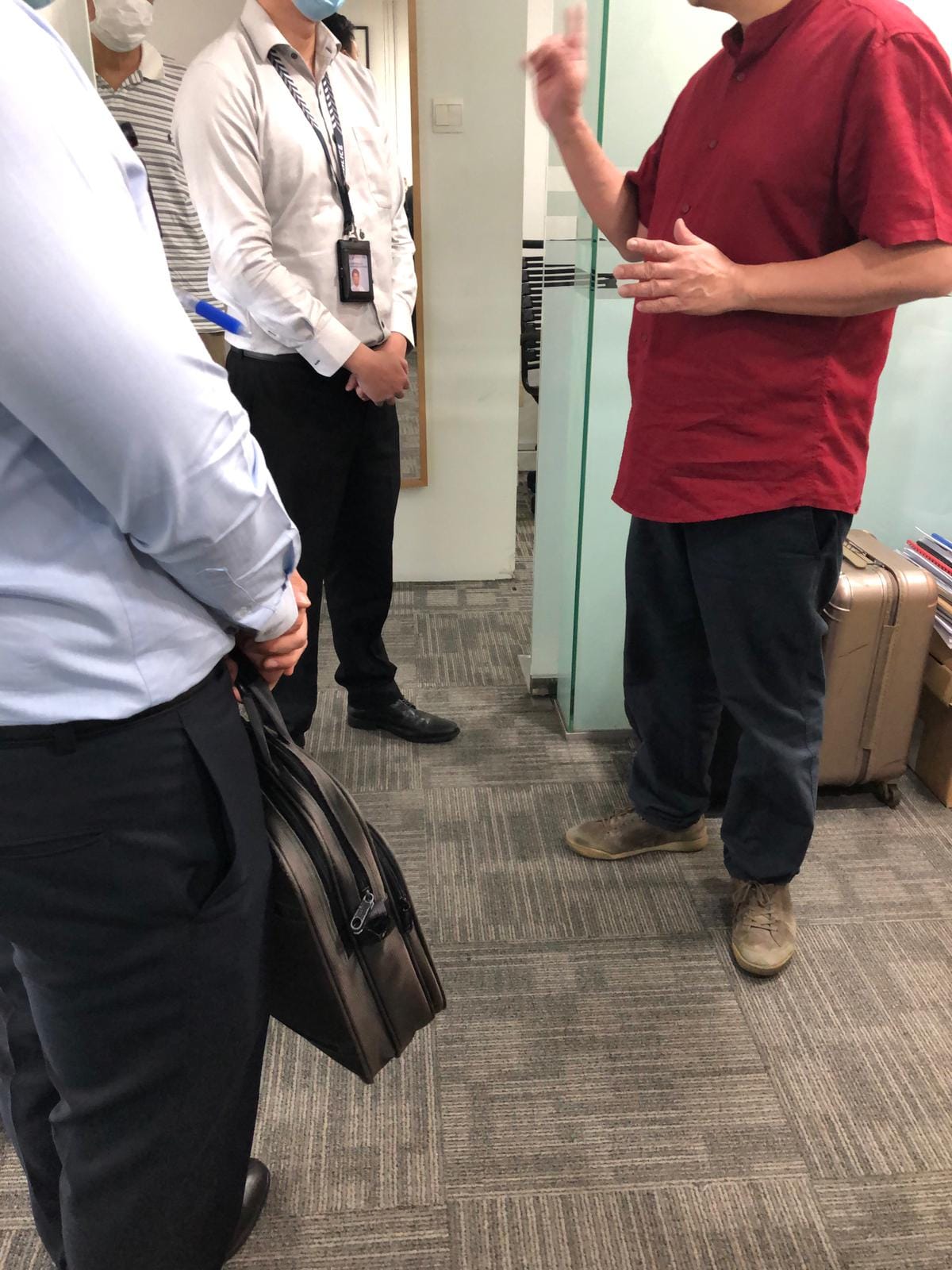 As Mr Lim was handcuffed, he apparently claimed that the arrest was politically motivated.

The Peoples Voice chief has appointed Mr Ravi as his defence counsel.

Mr Ravi also described the arrest as “unlawful”, claiming that the “subject matter in relation to the investigation is before the civil court”.

Arrested for not attending police interview

According to the Singapore Police Force (SPF), Mr Lim was arrested for an alleged case of criminal breach of trust (CBT).

In that case, Mr Lim allegedly misappropriated funds awarded to an ex-client from the court.

He is also under investigations for allegedly stalking an ex-employee at his law firm.

According to SPF, Mr Lim had failed to attend a police interview on Monday (28 Sep) in relation to both cases case.

The Peoples Voice leader had reportedly told the police through his counsel that he did not plan on turning up for the interview. The police also stated that Mr Lim had made “baseless allegations” on how the investigations were “politically motivated”.

SPF stated that they have no choice but to arrest Mr Lim so they may proceed with the investigations.