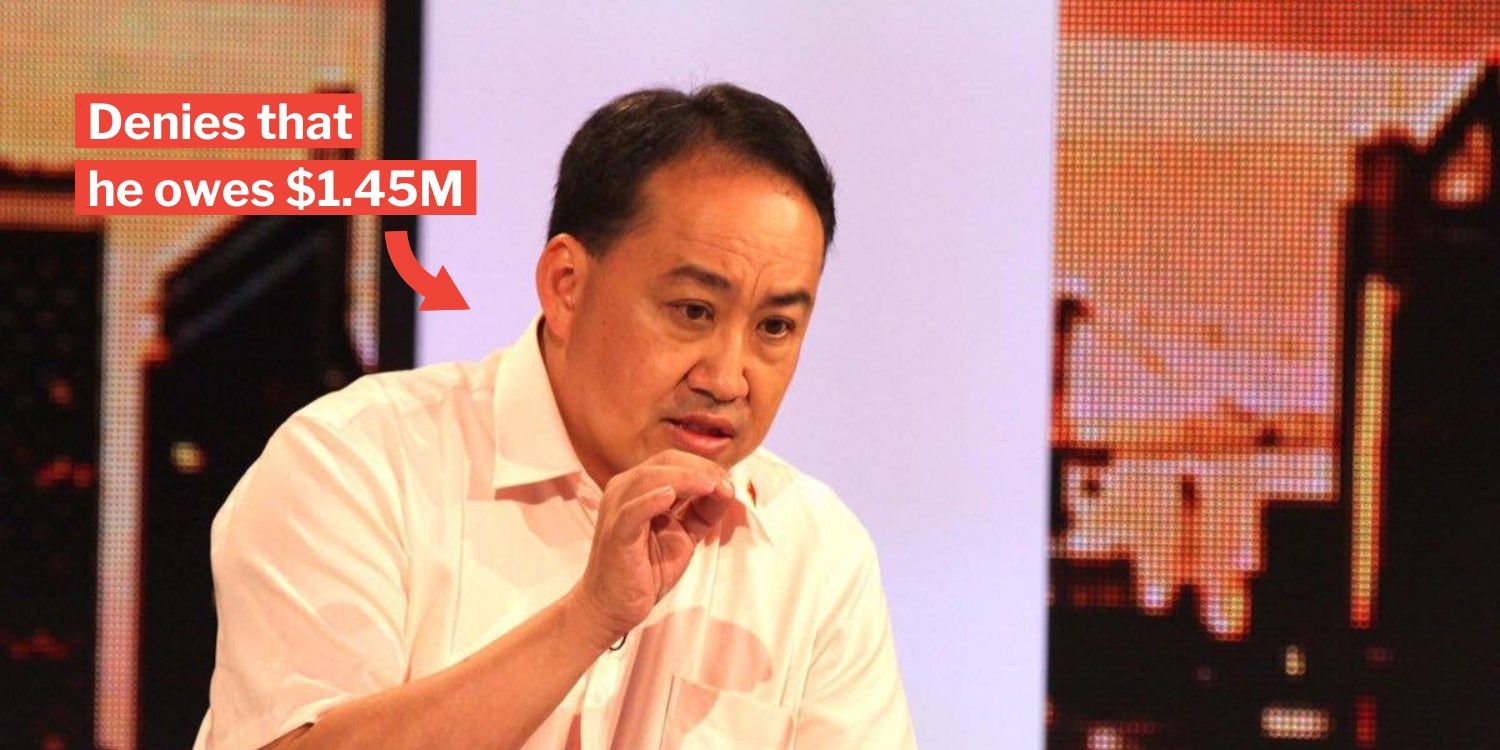 A declared bankrupt can't run in the GE.

ST Report Says People’s Voice Chief Owes Debts Of About $1.45M, But He Denies It

Last Friday (19 Jun), newest opposition party Red Dot United (RDU) announced its intent to contest Jurong GRC, if no other party was going to contest it.

It didn’t take long, however, for another party to throw its hat into the ring — the People’s Voice (PV).

However, it seems that PV might face another challenge in the run-up to that campaign, as its secretary-general Lim Tean’s bankruptcy woes aren’t over yet — it has been revealed that he’s currently facing bankruptcy claims from 2 organisations, over debts amounting to about $1.45 million. According to a Straits Times (ST) report on Monday (22 Jun), the 2 companies that have filed bankruptcy applications on Mr Lim are:

The claim by DBS was heard in court on Monday (22 Jun) over video conferencing.

After filing a bankruptcy claim for a debt of close to $550K last October, DBS Bank met Mr Lim in court yesterday (22 Jun) over video conference.

Mr Lim, who is also a lawyer as well as a politician, represented himself in the High Court hearing. Not the first time he faced bankruptcy

In his defence, Mr Lim argued that the loan agreement wasn’t actually a loan agreement, but a downpayment for the sale of iron ore.

Lim Tean denies that he’s going to be bankrupted Mr Lim denied receiving any calls or queries from ST, despite the newspaper saying he did not respond to phone calls.

He also said plainly that the alleged debts were “rubbish”,

However, he did not elaborate in this post about the court proceedings or share any details about the cases.

He did express confidence in leading PV “into battle” though, saying he “won’t be hunkering down”.

The news on the bankruptcy applications come 4 days after PV announced its intention to contest Jurong GRC on Friday (19 Jun).

That announcement was made mere hours after RDU announced its intent to contest the GRC.

On Friday (19 Jun), RDU had made it clear that they would avoid 3-cornered fights, and contest in a constituency only of other opposition parts aren’t running there.

Now that PV has announced its intention to run in Jurong GRC, will RDU make way?

Apparently, the RDU is going ahead with plans to contest in Jurong GRC as “many things can happen before Nomination Day”, ST quoted an RDU spokesman as saying.

RDU chief Ravi Philemon had spoken to Mr Lim before the announcement, and Mr Lim didn’t say that he was considering Jurong GRC, added the spokesman. Bankrupts can’t run in the election

Regardless of where PV is intending to contest, all may be nullified if Mr Lim is found bankrupt.

This is due to the fact that the Singapore Constitution disqualifies undischarged bankrupts from representing citizens in Parliament — meaning someone who is made a bankrupt is not eligible to contest in the elections.

With the election right round the corner, we’ll watch out for Mr Lim’s bankruptcy saga, and how it will affect his party’s chances in the election.