MP Louis Ng Regrets Not Spending More Time With His Father, Vows Never To Repeat Mistake With His Family 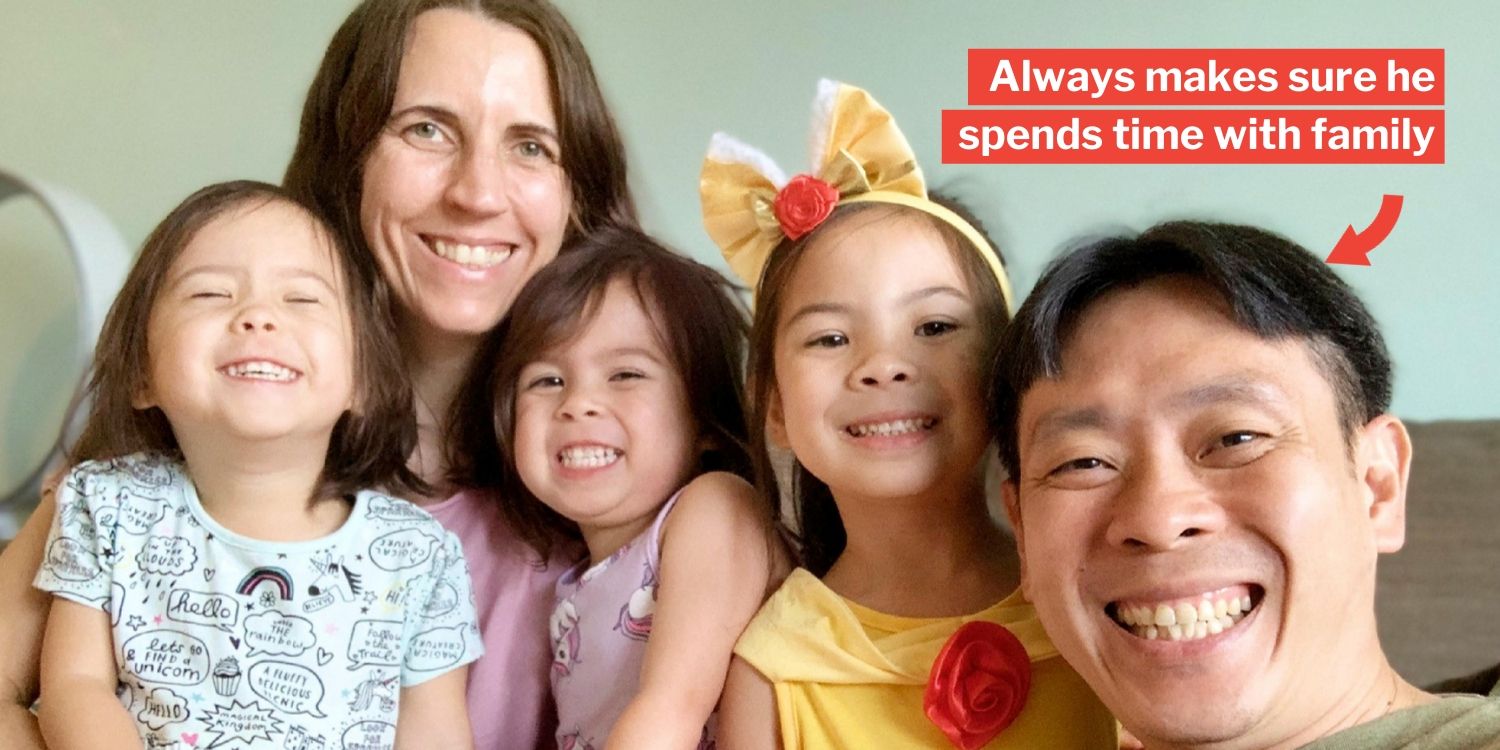 Time is the most precious commodity we can give to our family.

It is tough to lose a loved one, but it’s worse when you have to live with regrets about it. This was the scenario Nee Soon MP Louis Ng found himself in, in his commentary published exclusively on TODAY Online.

On Friday (6 Mar), Mr Ng bared his heart in an open letter about regrets, fatherhood, and priorities. 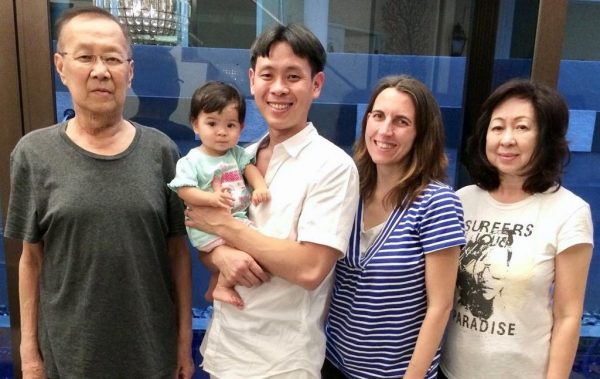 MP Louis Ng with his parents, wife and daughter in 2014
Source

He details learning about how precious time spent with loved ones is in the worst possible way.

In his commentary on TODAY Online, Mr Ng wrote that he was at a meeting when he received the call that gave him a sobering reality check.

His mother told him that his father, whom he affectionately refers to as “Daddy”, was diagnosed with stage 4 prostate cancer.

This came as a complete shock to his whole family, as his father had no prior health issues and was relatively young in his mid-60s.

One day he looked healthy and the next day, he was dying.

Tried making up for lost time

The Ng family made the best of whatever time they had left. They went on a cruise for their first family holiday and spent precious family time with each other.

However, MP Louis Ng mentions in TODAY’s post that he regrets that being the first family holiday. His father never did anything for himself, and worked hard for 42 years to support the family.

Mr Ng also regrets not being able to accompany him for every appointment, even though he goes when he is able to.

On the day Mr Ng decided to take leave from work to spend more time with his father, his father passed away at the age of 67.

He lost consciousness before I made it to the hospital. I never got a chance to say a proper goodbye.

He laments making mistakes and taking things for granted. While he desperately wishes he could turn back the clock, he knows that it is not possible and has lived the past 5 years with regret.

Regret truly is an incurable ache.

Time is the most precious commodity

Mr Ng father’s passing made him realise that time is the most precious commodity.

To prevent others from getting caught up in the same regrets he has, MP Louis Ng spent the past 5 years bringing up pro-family policies in Parliament.

Our policies can change and should change to be more pro-family, especially during periods when our loved ones are unwell or when there are family emergencies.

Trying his best to spend time with his own family

As a Member of Parliament, Mr Ng frequently attends community events and outside of usual office hours. He acknowledges the difficulty maintaining a healthy work-life balance.

As a father of 3 young children aged 3 to 6 years old, I too struggle in this aspect.

Although he tries to make up for lost time by sending his children to school, picking them up, and eating lunch together as often as possible, he still found himself rushing in the morning.

One day, Mr Ng’s daughter posed him a question that, taught him an important lesson. She said,

Daddy, why don’t I take the school bus so that you do not need to rush anymore?

He describes her words cutting through his heart like a knife, and considers it a timely reminder to slow down and appreciate the time he has with his family. 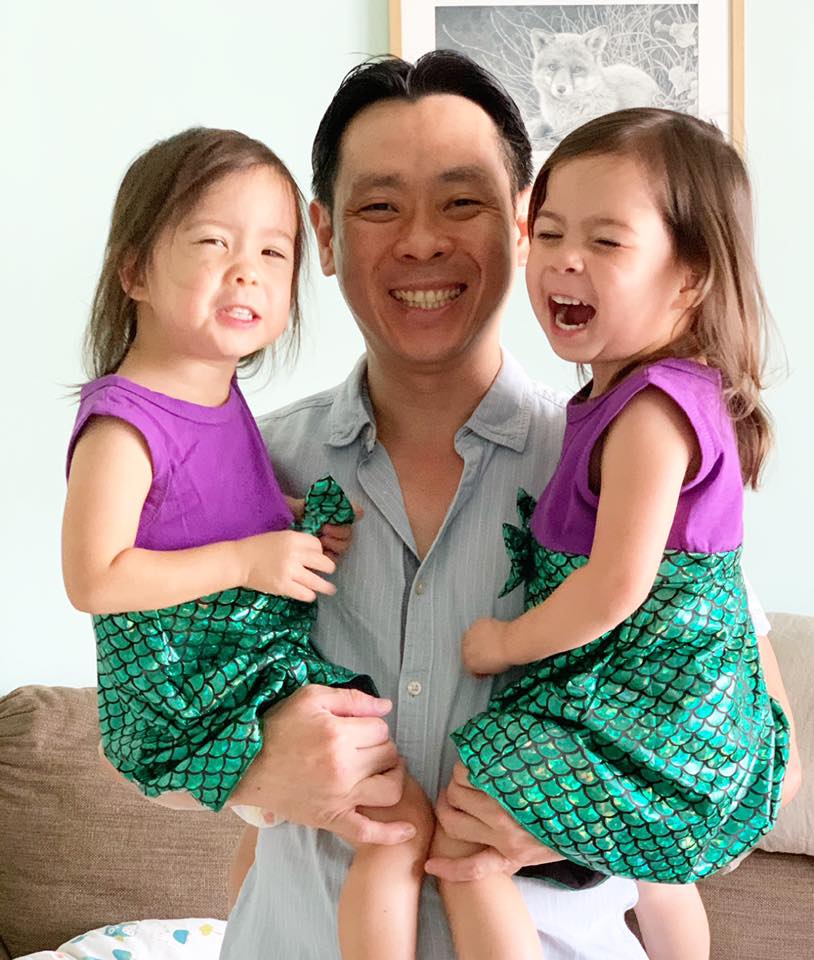 In his post, he advises young parents to be there for their kids as they will only need them for a very transient time in their lives.

Warm, fuzzy feelings make all the effort worth it

Mr Ng later recounts taking his daughters on a grocery trip one night. Out of nowhere, his daughter Katie turned to him and told him,

Daddy you are my best friend.

He had warm, fuzzy feelings as they walked home together.

He concludes his post by encouraging readers to spend time with their loved ones, because of one of these days, “you will either say I wish I had, or I’m glad I did.”

For Daddy, “I wish I had” but for my daughters, I will make sure it will be “I’m glad I did.

Good lesson that we should all keep in mind

While a series of horrible circumstances led Mr Ng to where he is today, he was all the wiser from it.

We should take a page from his book and not have regrets. Let’s spend our most precious commodity – time – on things that matter most to us, family.