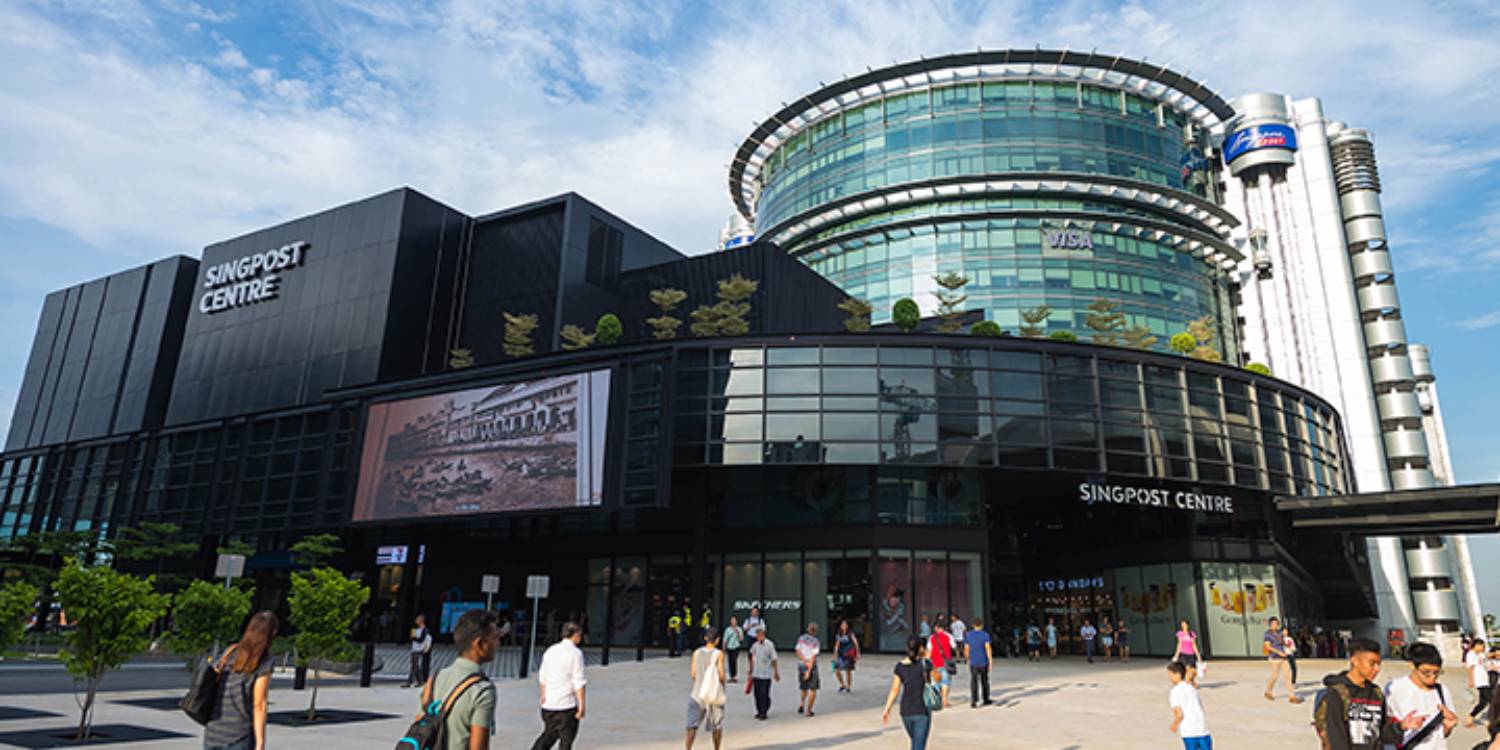 When a family member goes missing, we always fear that the worst has happened, especially if they lose contact abruptly.

Unfortunately, the worst came to pass for the family of a 78-year-old man, who was found dead 5 days after he first went missing.

Mr Soh was first reported missing on 28 Aug and was last seen around the Paya Lebar area. 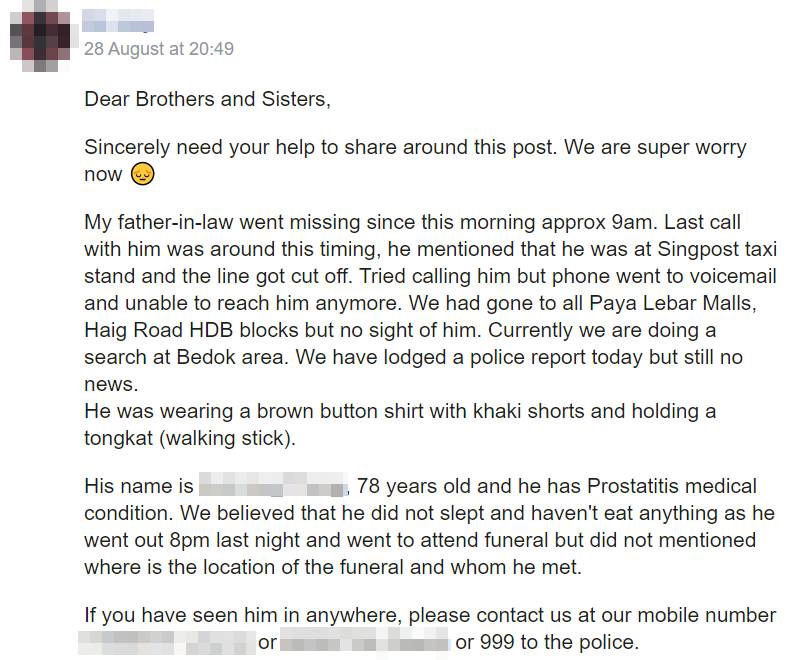 The man’s daughter-in-law posted an update on 31 Aug, saying that police have found his body in SingPost Centre.

On 28 Aug, the man’s daughter-in-law appealed on Facebook regarding the disappearance of her father-in-law.

Apparently, a call at around 9am revealed that he was last at the taxi stand of SingPost Centre, but the line got cut off.

The family wasn’t able to contact Mr Soh since, and they made a police report.

Police also posted a missing notice for him on their website, although it has been taken down at the time of writing.

Following this, the family went looking for him around the Paya Lebar area, but to no avail.

On 31 Aug, the man’s daughter-in-law posted a Facebook update regarding the man’s status.

She said that police had visited their house to inform them that Mr Soh’s body had been found in SingPost Centre.

As investigations are ongoing, the family and police cannot comment further.

The family thanked everyone for their help over the past few days, and wish to have some space as they grieve during this time.

Condolences to the man’s family

MS News offer our sincere condolences to the man’s family, and may he rest in peace.

As the family grieves, the hope is that the truth of the matter will come to light so that the family can have closure.