M’sian Man Walks Through Customs With Giant Manhood Bulge, Turns Out He Was Smuggling Cigarettes

Are those cigarette packets in your pants, or are you just happy to see me?

Some men may be under the impression that packing a large bulge in your pants is a sign of manhood. They believe that this would imply sexual prowess.

Turns out a 39-year-old Malaysian man travelling by sea was not flexing his manhood, but was in fact smuggling duty-unpaid cigarettes.

He had 10 packets, in fact, stuffed in his hip and groin area. 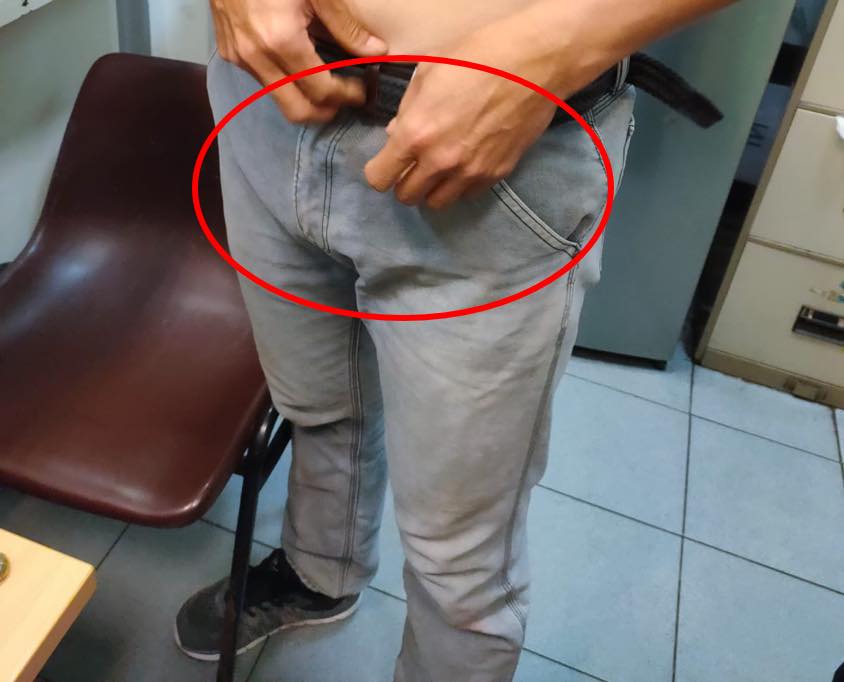 Maybe he was under the assumption that the Immigration & Checkpoints Authority (ICA) officers would think he had good genes.

This giant discovery was made by ICA and announced on their Facebook page on Thursday (2 Oct). 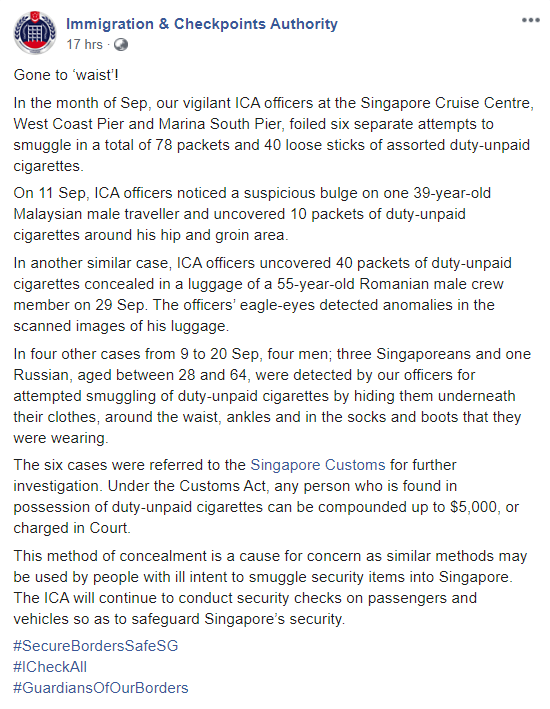 ICA officers foiled at least 6 cases in September alone, as smugglers discovered that the price of not paying cigarette taxes is considerably steeper than forking out the extra dollars for duty-paid ones.

In one case, a 55-year-old Romanian crew member of a ship was found with 40 packets of duty-unpaid cigarettes inside his luggage.

According to ICA, officers saw that his luggage images did not look quite right.

Of course, we’d expect officers who can tell when a huge bulge in someone’s pants is not all what it seems, to be able to detect such discrepancies.

Others, including 3 Singaporeans and a Russian, tried hiding their packs within their clothes.

These locations included the waist and ankles, as well as within their socks and boots. We gather that these concealment locations weren’t fashion statements, as these pictures don’t look particularly flattering.

Singapore’s high taxation on cigarettes means that various nicotine-addicted travellers will be tempted to purchase them overseas and try to bring them on our shores.

However, according to the Customs Act, that’s a crime punishable by payment of up to $5,000 or being charged in court.

Checkpoint officers are trained to look out for suspicious packages or odd protrusions. And that includes the one in your groin area.

So yes, we wouldn’t recommend stuffing socks or other types of padding in your pants either, as you might get called up for a body search.

Whether for aesthetic reasons or more sinister ones, you don’t want to run afoul of the law.