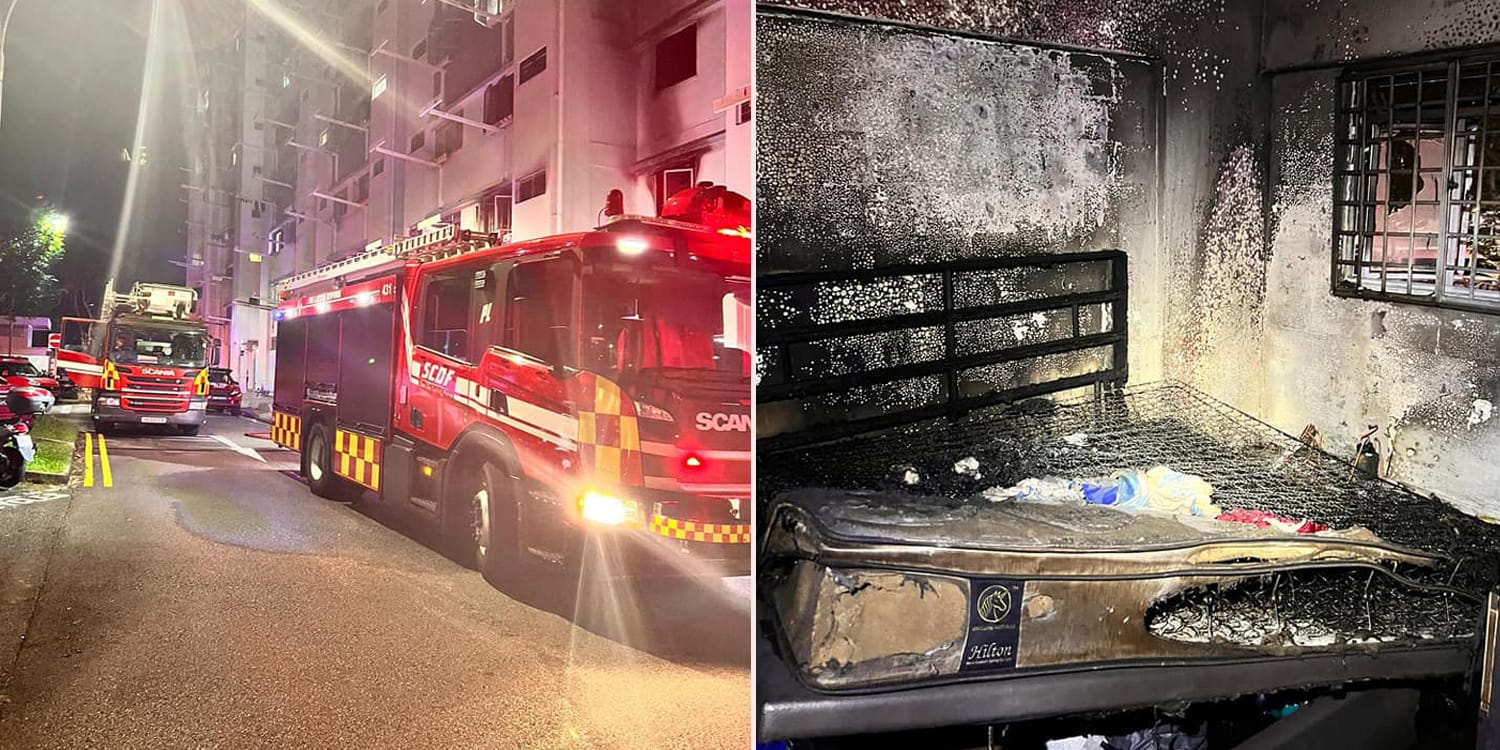 A member of the public had tried to break in to rescue the toddlers.

There has somehow been a spate of fires in Singapore over the past two months. A month ago, a fire broke out at a Marsiling Road flat at night.

On Wednesday night (22 Jun), another blaze erupted in a house on Marsiling Crescent, roughly 1.5km away from the first incident.

The Singapore Civil Defence Force (SCDF) successfully put out the flames. According to its Facebook post, about 60 people were evacuated as a precautionary measure. 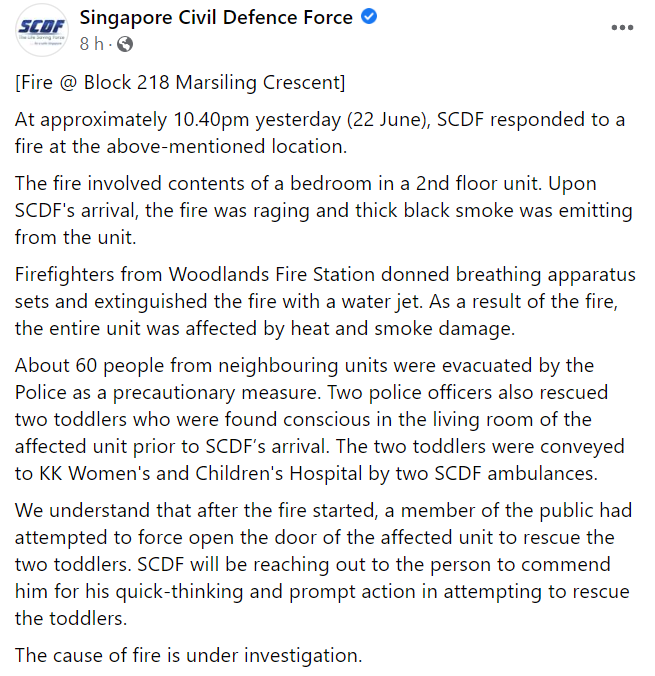 The fire involved the contents of a bedroom on the second floor. 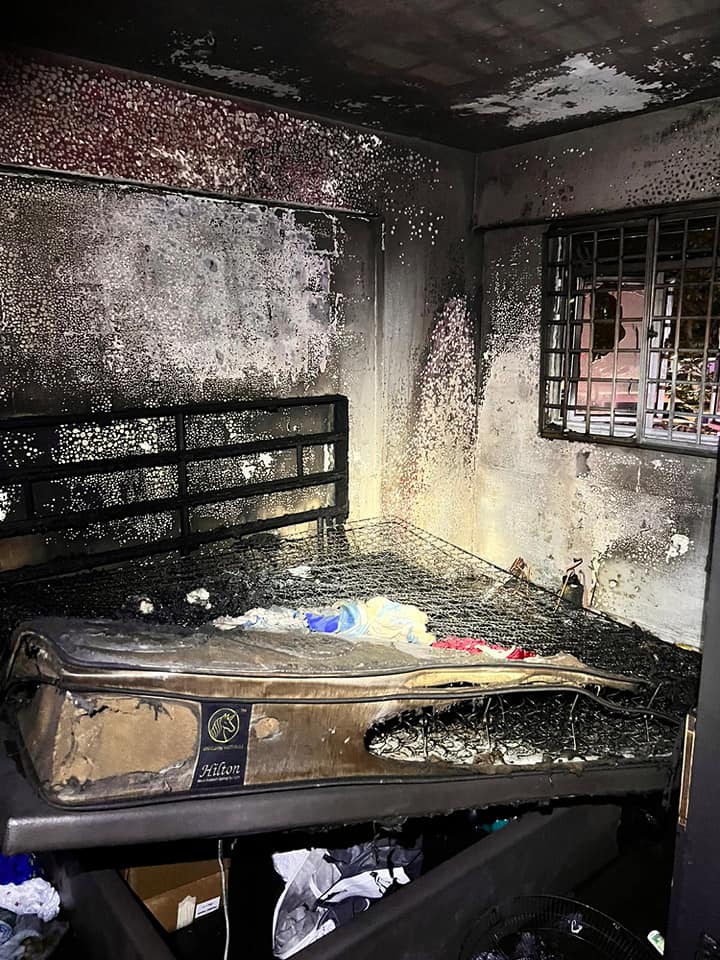 When SCDF arrived, the fire was raging and emitting thick, black smoke.

Firefighters from the Woodlands Fire Station were deployed to put out the fire. They donned breathing apparatus sets and extinguished the fire with a water jet.

The fire was successfully put out, but the entire unit had been affected by the heat and smoke, said SCDF.

As a precautionary measure, about 60 people were evacuated from the neighbouring units.

Two police officers also managed to rescue two toddlers who were found conscious in the living room of the unit before SCDF arrived.

They were sent to KK Women & Children’s Hospital by two SCDF ambulances.

According to SCDF, a member of the public had tried to force open the door to rescue the toddlers in the unit after the fire started.

SCDF said it will be reaching out to the man to commend him for his quick thinking and prompt action in trying to save the children.

The cause of the fire is being investigated.

It is a relief that the toddlers were rescued in time by the police officers, and no one was hurt.

We applaud the member of the public who displayed such bravery in trying to force the door open to save the two children.

Now that more people have returned to the office, flats may be left unattended for long periods of time.

So do ensure all appliances are switched off and replace any faulty electrical wiring. Be careful when using new gadgets for the first time.

We wish the toddlers a speedy recovery.