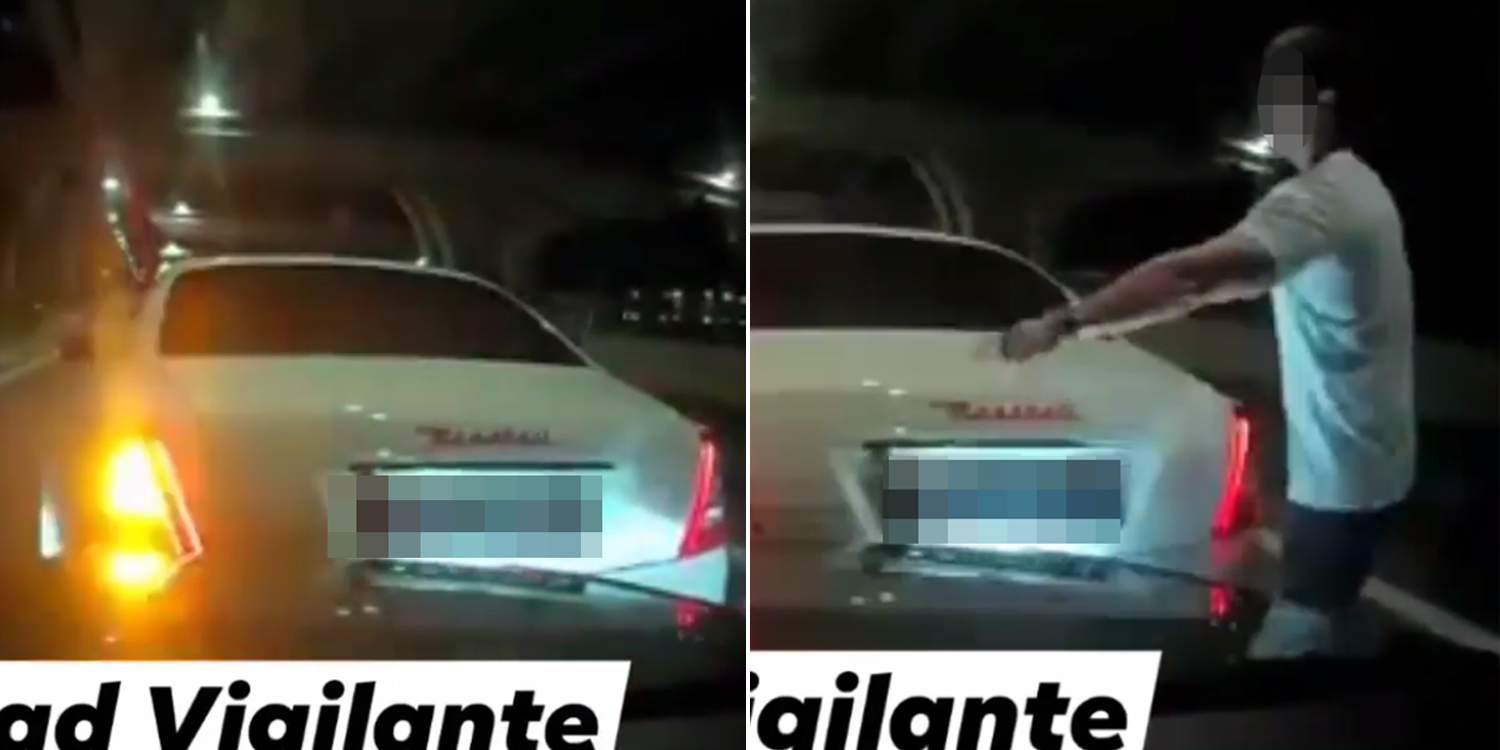 Having the car directly in front jam on its brakes is arguably one of the most terrifying experiences a motorist can face on the road.

On Wednesday (5 Aug), a video of what appears to be a Maserati jam-braking along Keppel Road was shared on the SG Road Vigilante Facebook group. 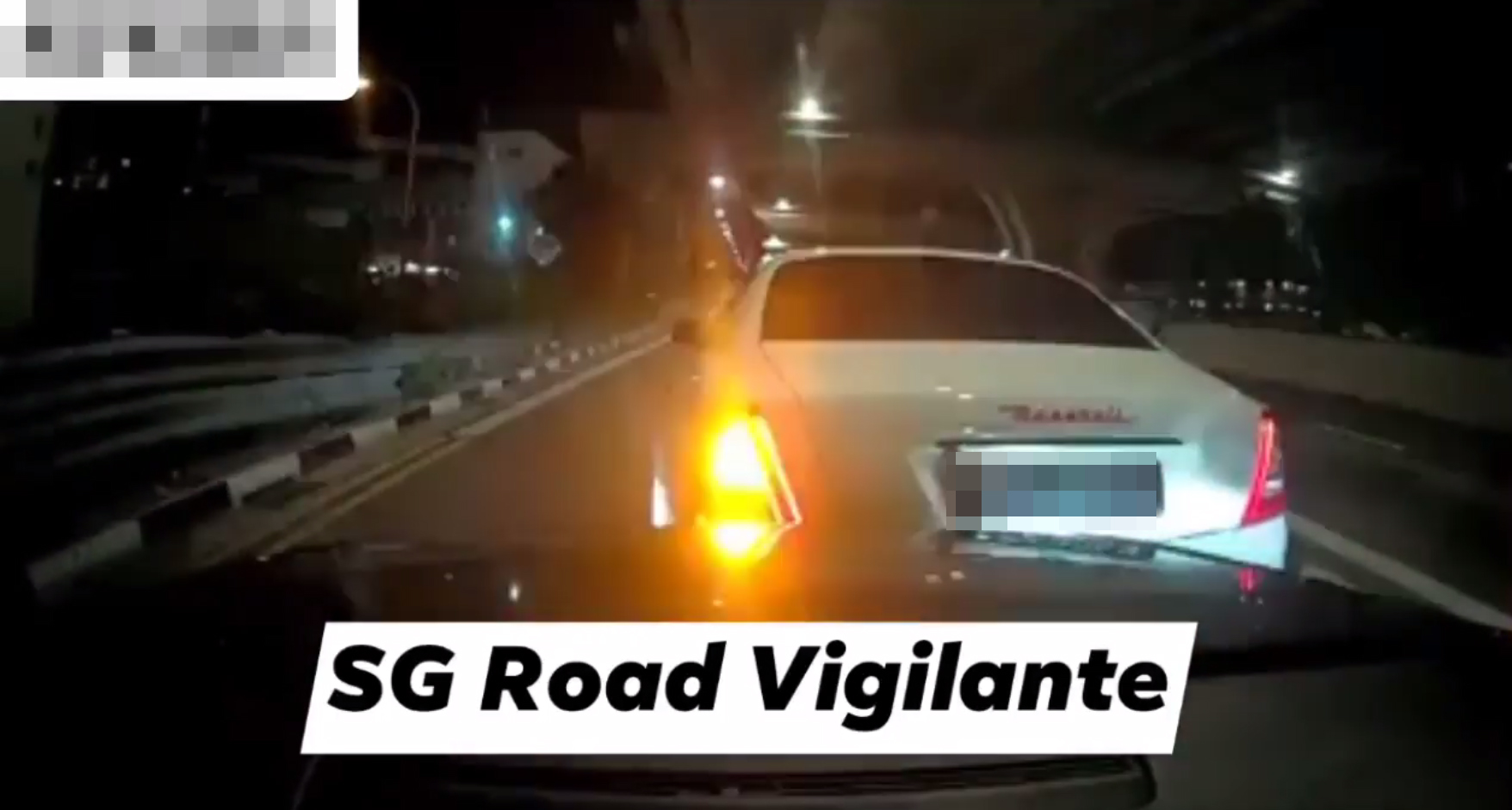 The car travelling behind did not manage to stop in time and collided into the Maserati’s rear.

According to the caption that accompanied the clip, the accident apparently happened as the Maserati driver was unhappy over being high-beamed.

The incident appears to take place in the early hours of 18 Jul, according to the footage’s record.

At the start of the footage, nothing seems amiss as the dashcam vehicle travels along the first lane of Keppel Road. 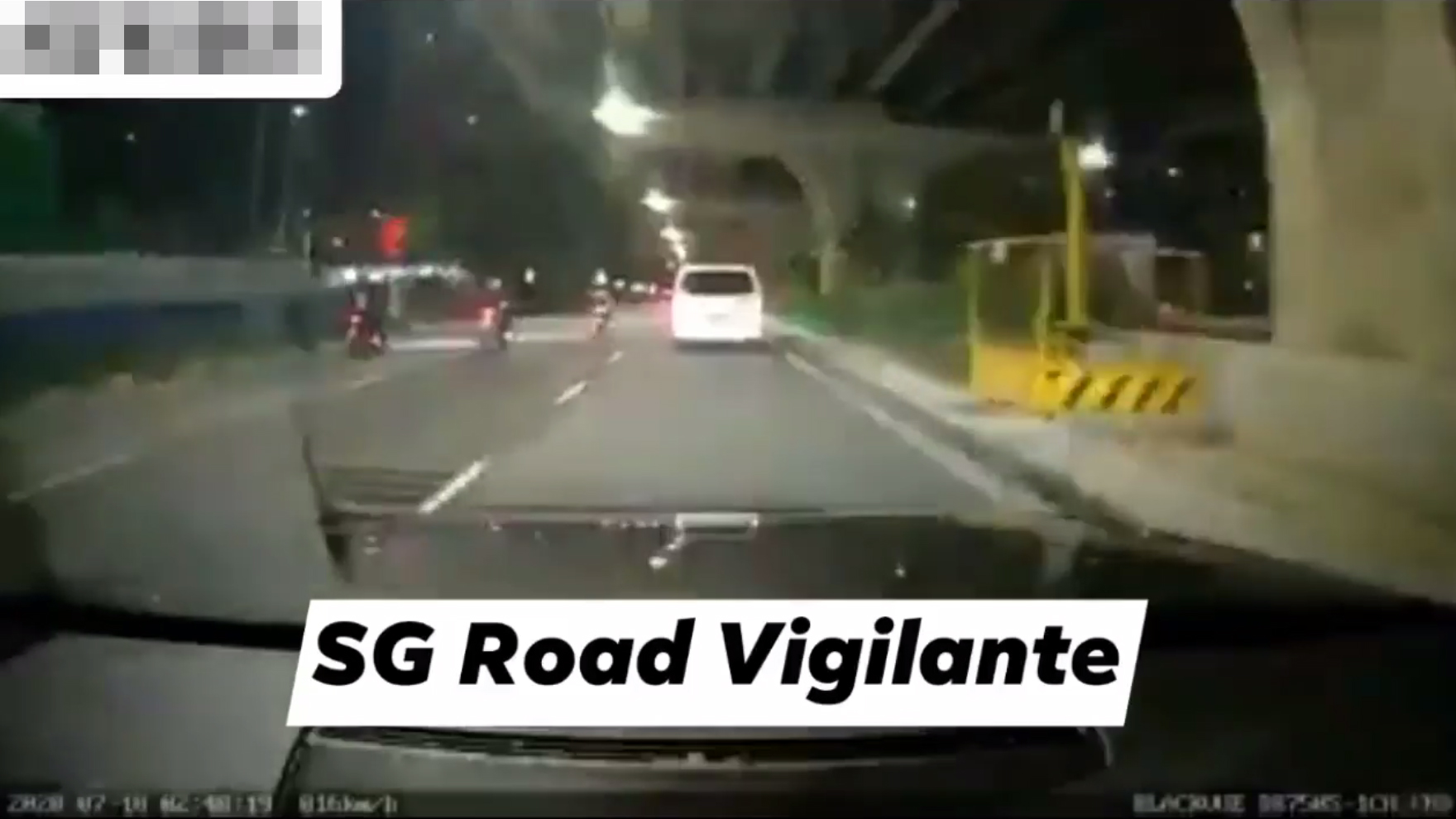 At around the 5-second mark, a white Maserati cut into the middle lane. 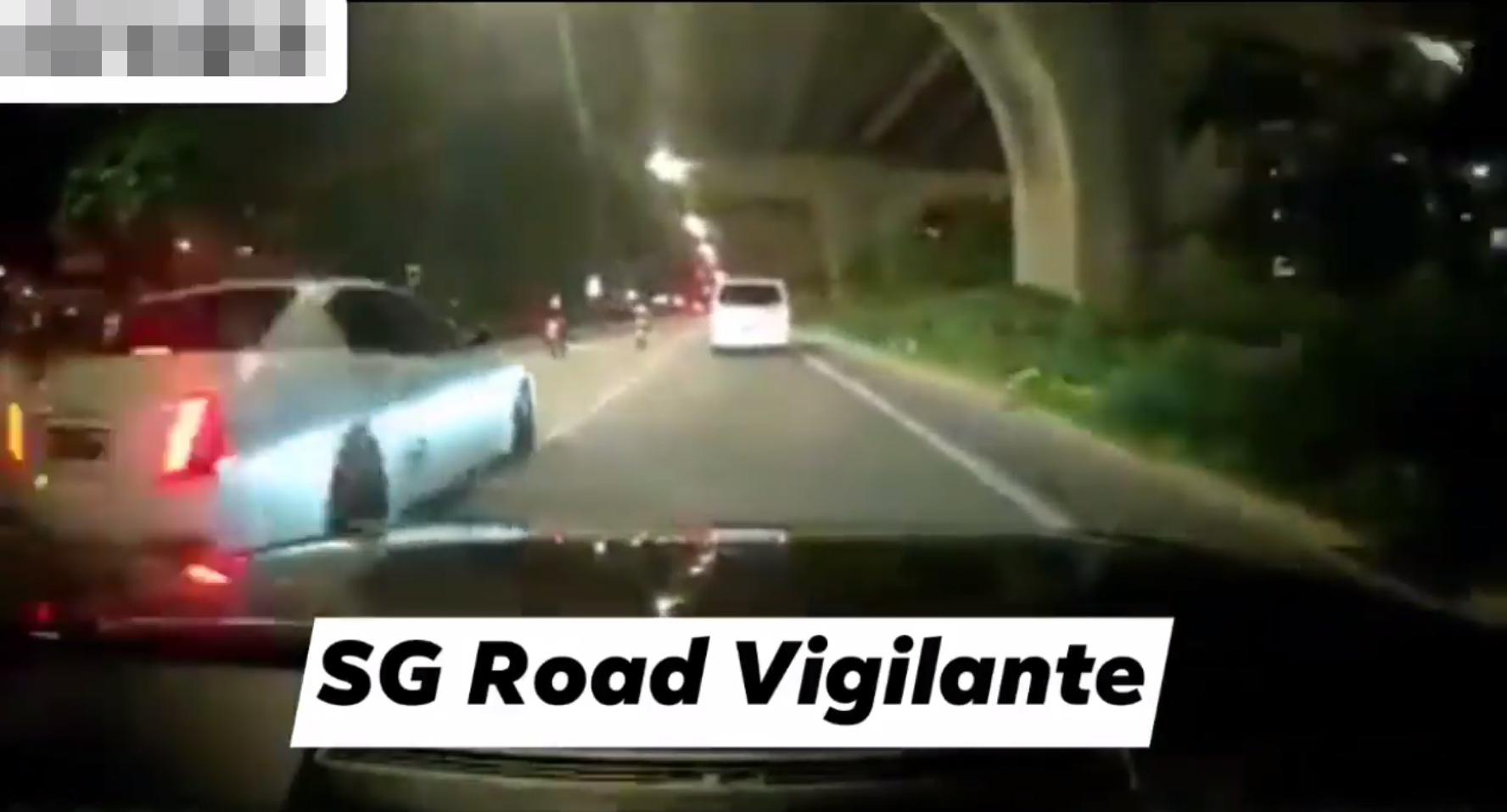 The dashcam vehicle also cuts into the same lane, and this was presumably when the driver flashed the high beam. The car in question later continues along on the left-most lane which leads to a slip road. 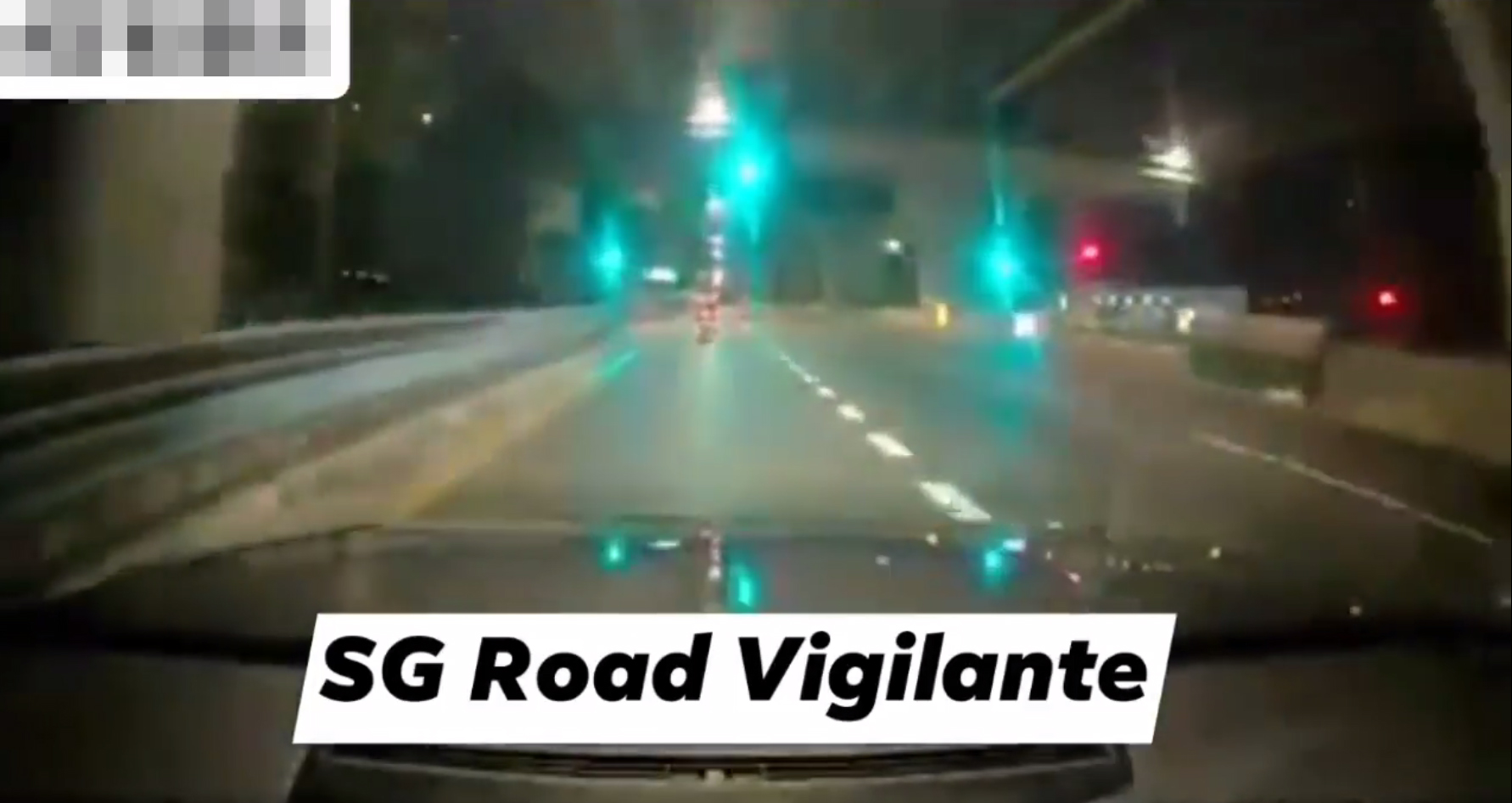 Without warning, the white Maserati cuts into the lane and decelerates quickly.

The car cruising behind is unable to come to a stop in time and makes contact with the Maserati.

Within seconds, a man in white emerges from the driver seat. 3 other passengers, comprising 2 men and 1 woman, also exit the car. 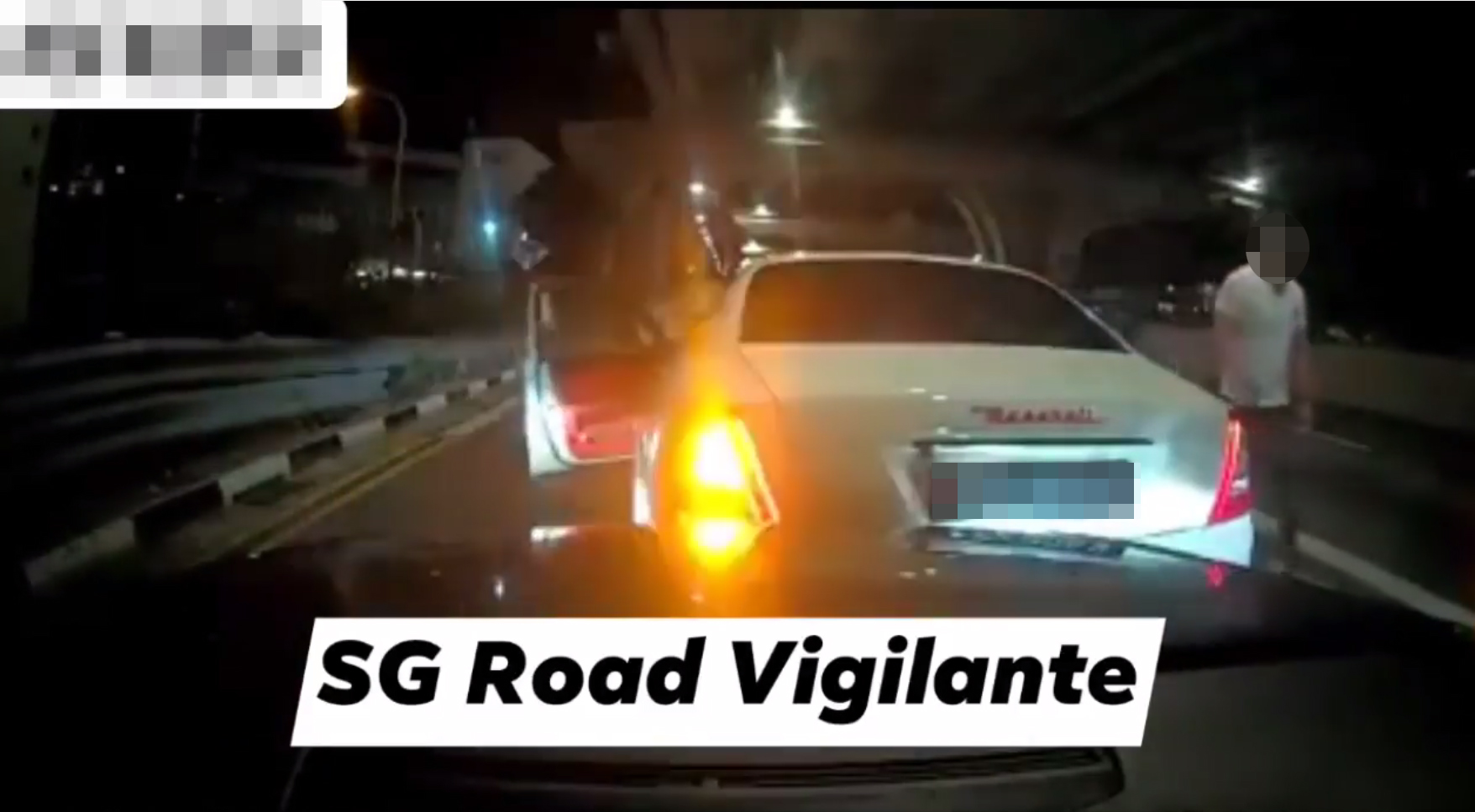 An altercation soon ensues between the drivers, with profanities thrown around like confetti.

The Maserati driver insists that the other motorist was in the wrong for colliding into the vehicle, even challenging him to ‘talk’ outside the car.

The latter tries calming him down but seemingly to no avail. 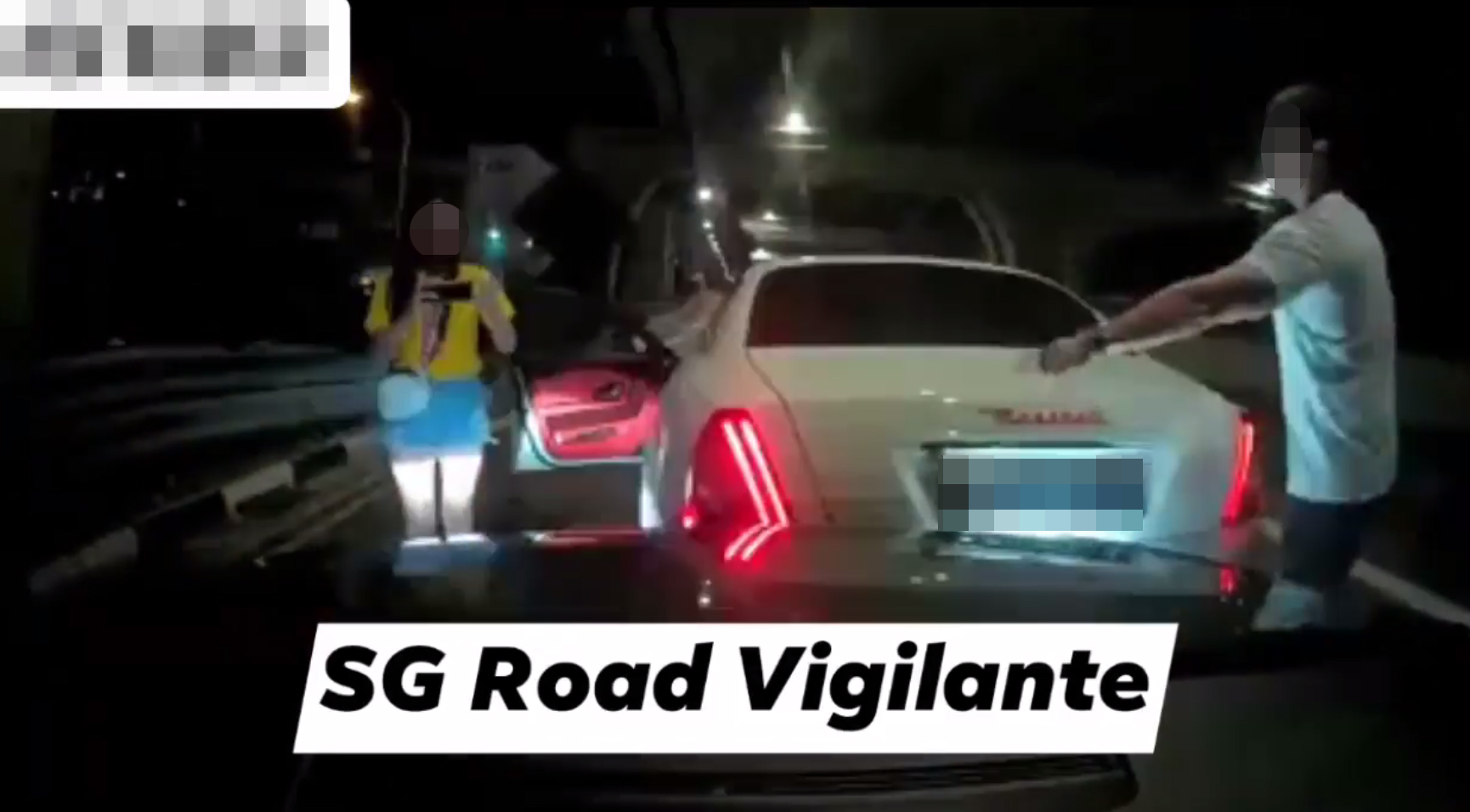 As the argument takes place, the female passenger snaps several pictures of the damage sustained as well as the driver of the dashcam vehicle. 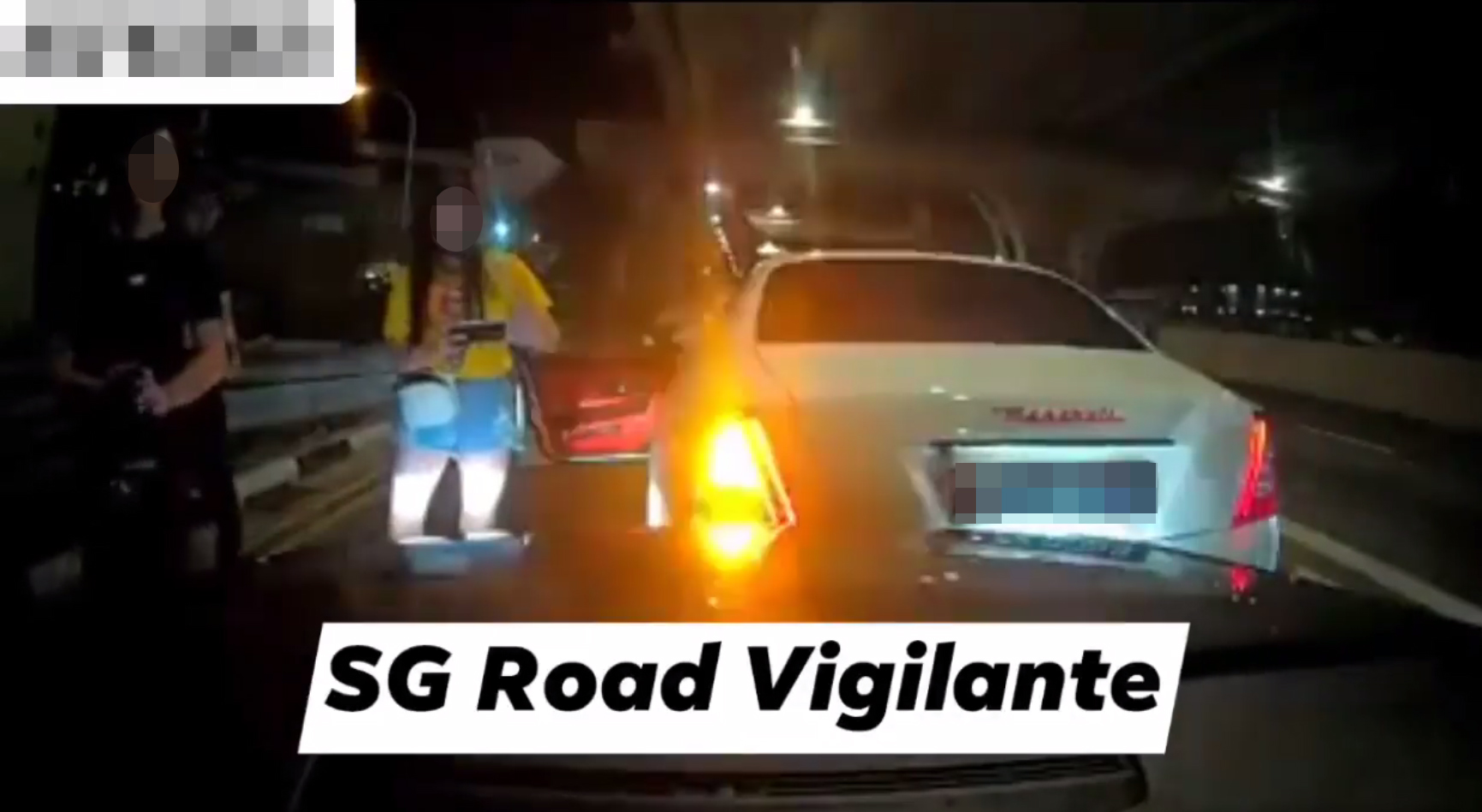 The Maserati eventually drives off, accelerating quickly along the slip road. 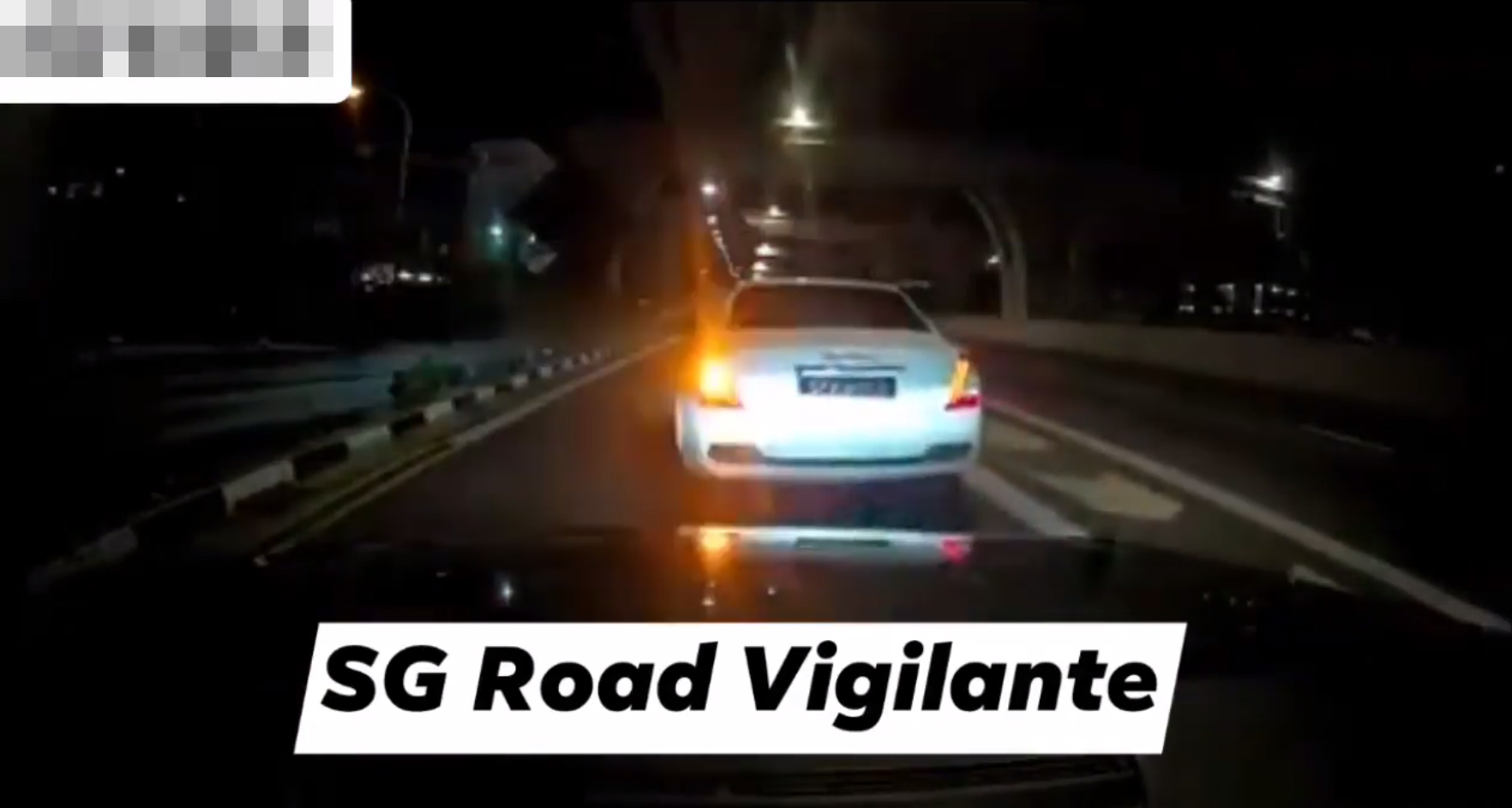 No need to resort to vulgarities even during an accident

While this appears to be a rather one-sided account, there is absolutely no need to resort to profanities even when a traffic accident occurs.

We hope both parties eventually settled the incident amicably.

What are your thoughts on the accident? Share them in the comments below.