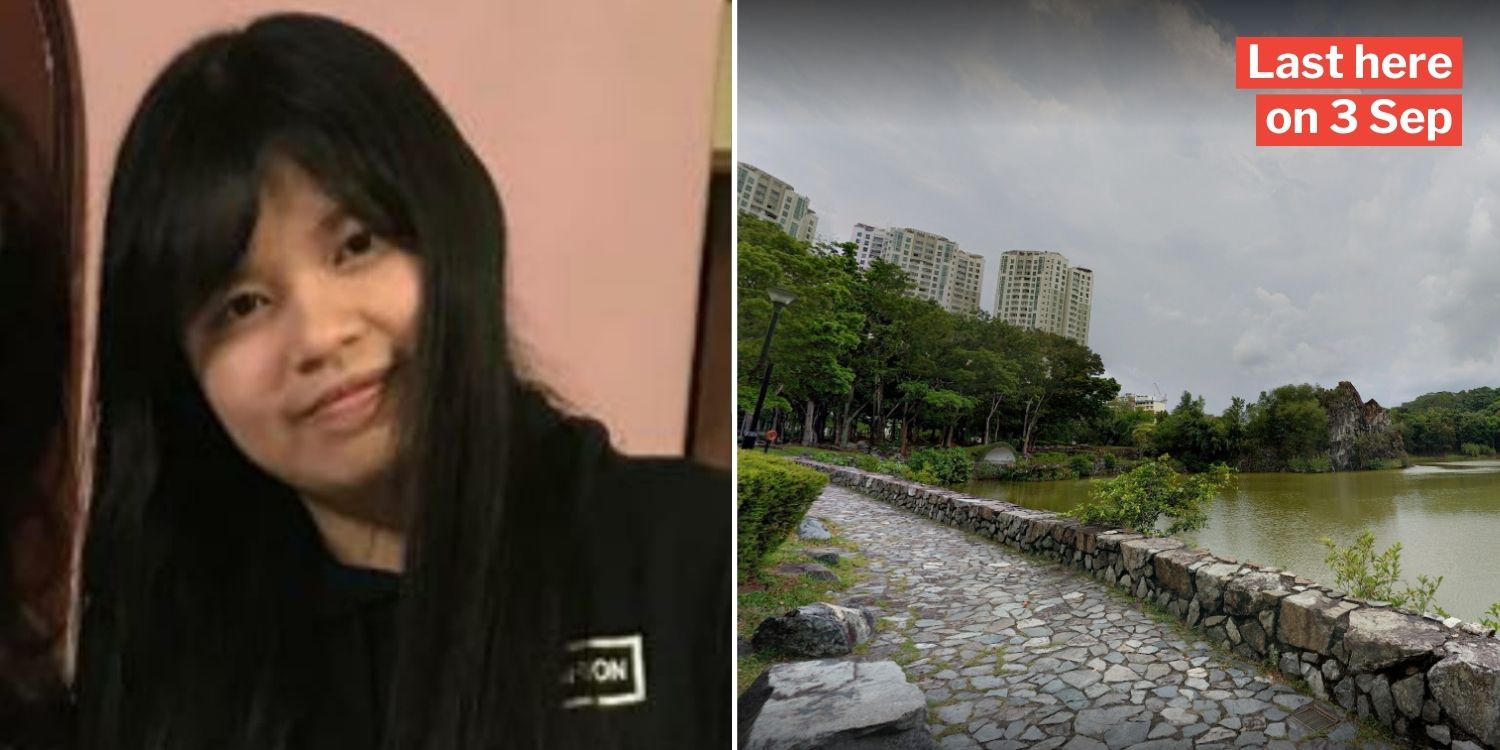 UPDATE (6 Sep, 11pm): Yen Ling has been found safe, and is currently warded in the hospital. You can read the Facebook update in full here.

22-year-old Yen Ling’s parents never had much reason to worry about her as she always kept them informed of her whereabouts.

On Thursday (3 Sep), however, things went terribly wrong when she told them she was on her way home but never returned.

3 days have passed since she went missing in Bukit Batok, and friends and family are anxious for her safety.

Parents accompanied her to the clinic that evening

In an interview with Lianhe Zaobao, Yen Ling’s mother shared that her daughter had complained about feeling unwell at around 7pm that evening.

Both she and her husband accompanied their child to a clinic at Beauty World Centre. 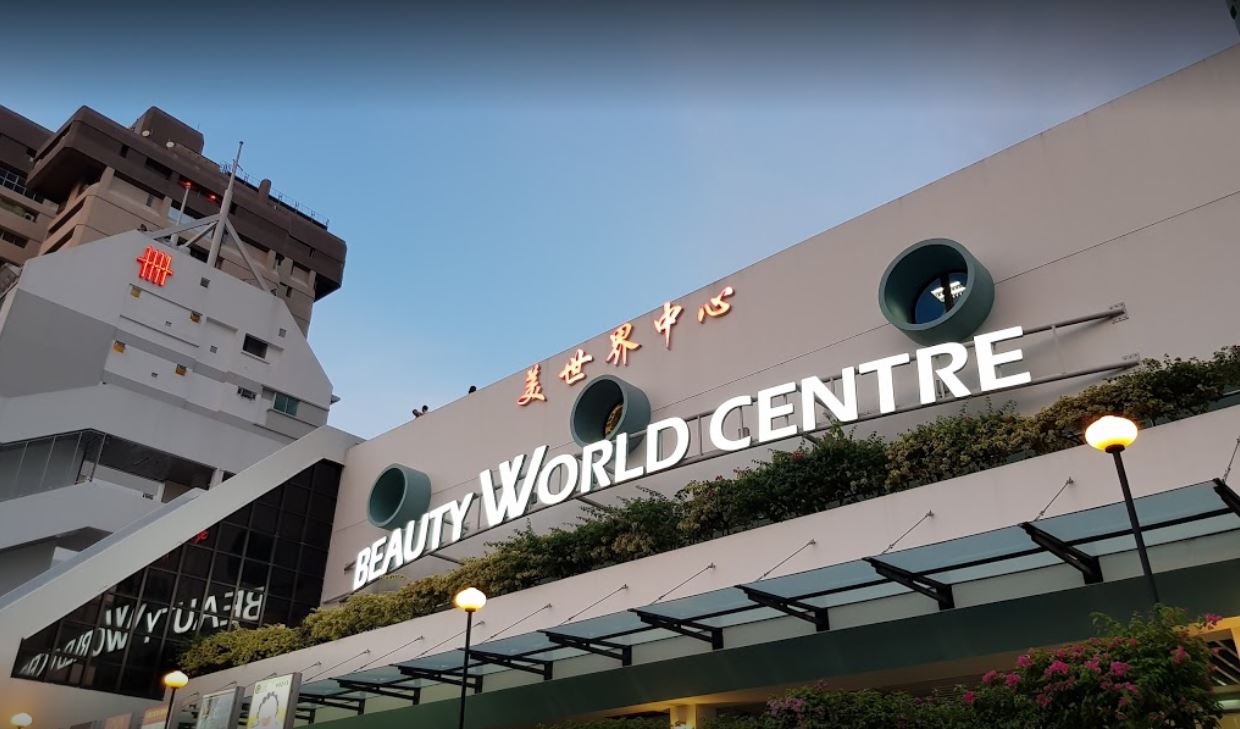 Later at 8pm, perhaps after the visit, Yen Ling told her father that she wanted to go for a walk alone, before heading home.

Went missing after taking a walk in Bukit Batok

At exactly 9.36pm, she sent her parents a WhatsApp message stating that she was on her way home.

They waited till 11pm, but Yen Ling never showed up.

An attempt to call her was in vain, when a man answered, and explained that he had found her phone in a car. He allegedly told them that he would surrender it to the police, before hanging up.

Disappearing without a word is completely out of character for Yen Ling, as her mother told Lianhe Zaobao that she would always inform them of what she was doing.

Most importantly, she has never failed to return home at the end of the day.

After failing to find any information from her friends, Yen Ling’s parents filed a police report.

A family friend also posted an appeal on Facebook page Singapore Missing People yesterday (5 Sep), asking anyone who can help to contact 9135 9859 or 8288 4097. 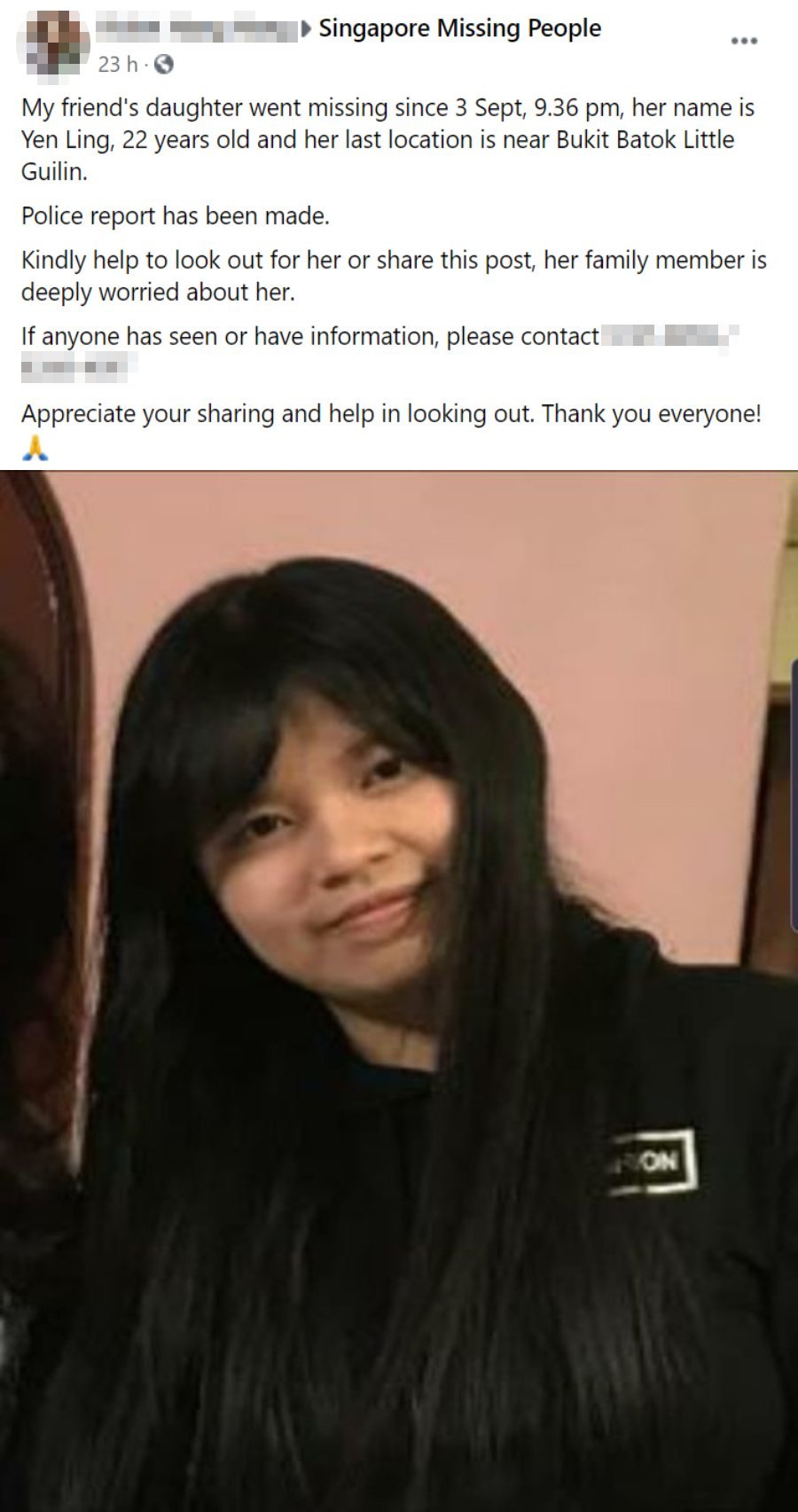 Lianhe Zaobao also reported that she was wearing a black t-shirt and trousers, and carrying a cross-body bag.

Anyone with information should contact the police immediately via their hotline or i-Witness.

We hope that she’ll return home safely soon, and reunite with her family.