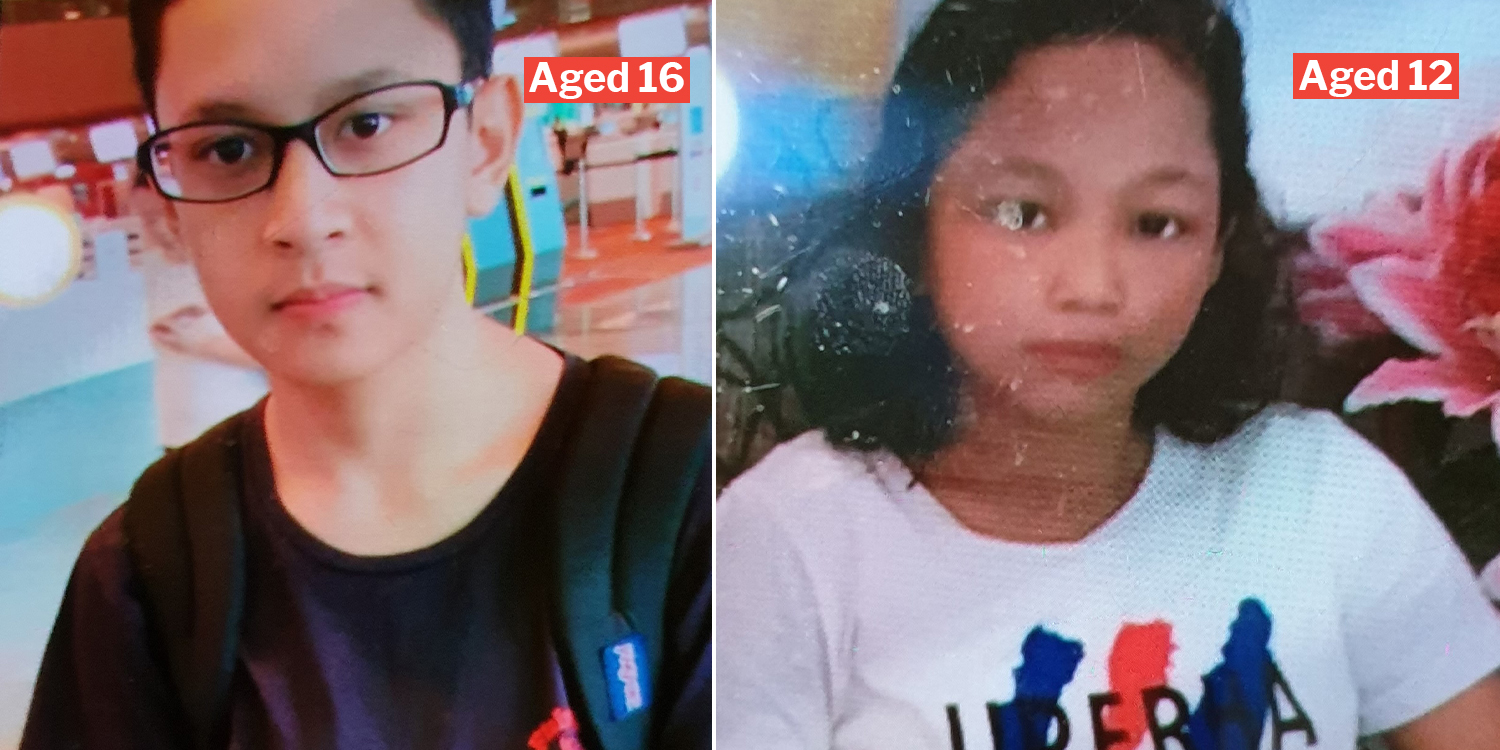 When you don’t hear back from a loved one or friend after one night, the fear is that something might’ve happened — especially if they’re young.

The police put out a missing persons tweet on 15 Aug for a 16-year-old male and 12-year-old female, last spotted in Tampines. 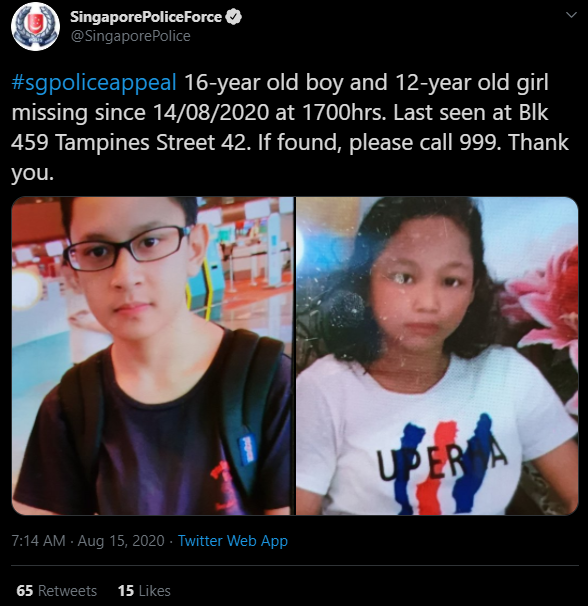 Anyone with info on them is urged to contact the police.

While the tweet lacks descriptions of what the 2 teens may have been wearing, there are pictures provided of them.

The 16-year-old boy sports glasses, and the 12-year-old girl appears to have curly hair. It’s not known if the 2 missing persons are related. 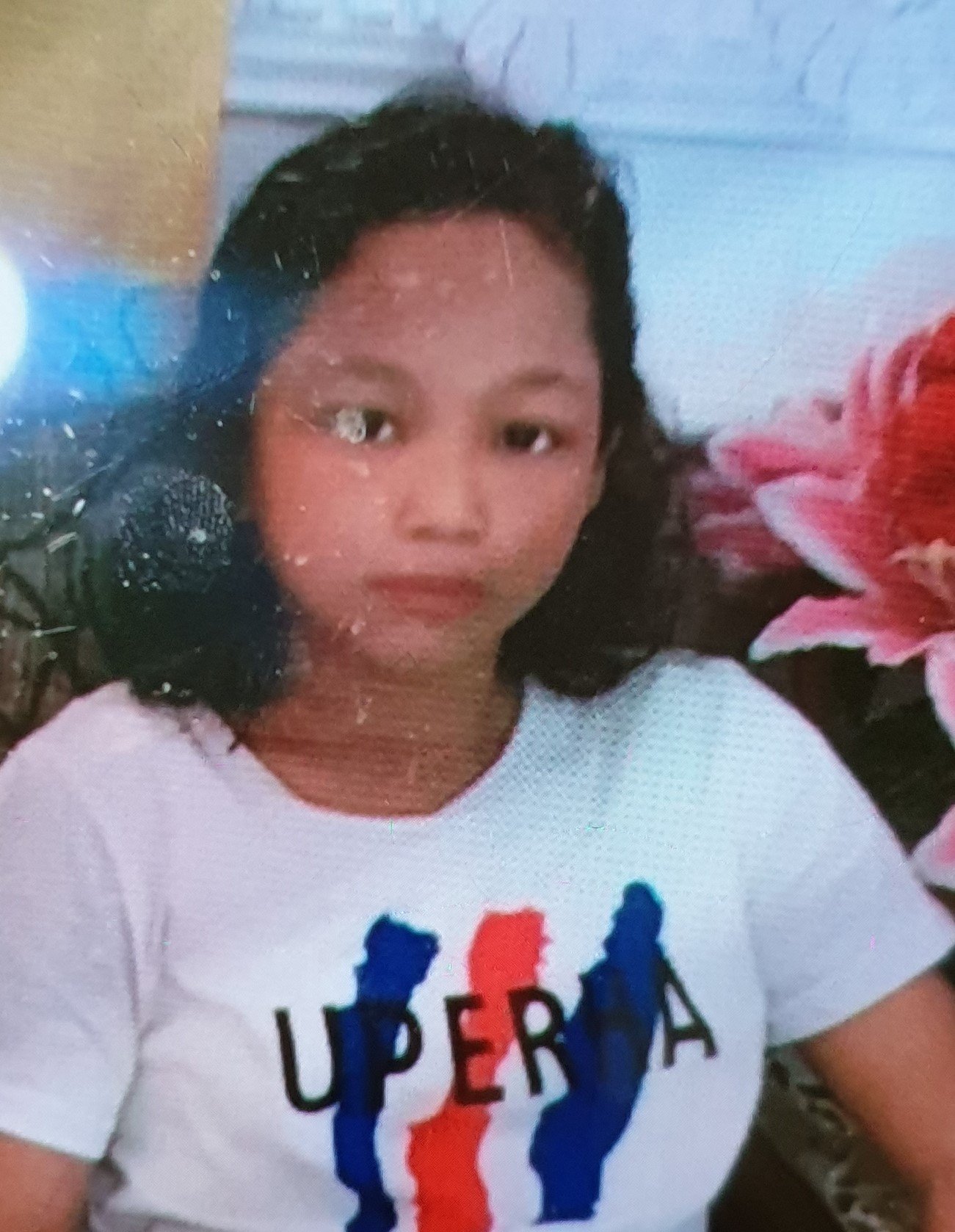 They were both last seen at Block 459 Tampines Street 42 and have been missing since 5pm on Friday (14 Aug). 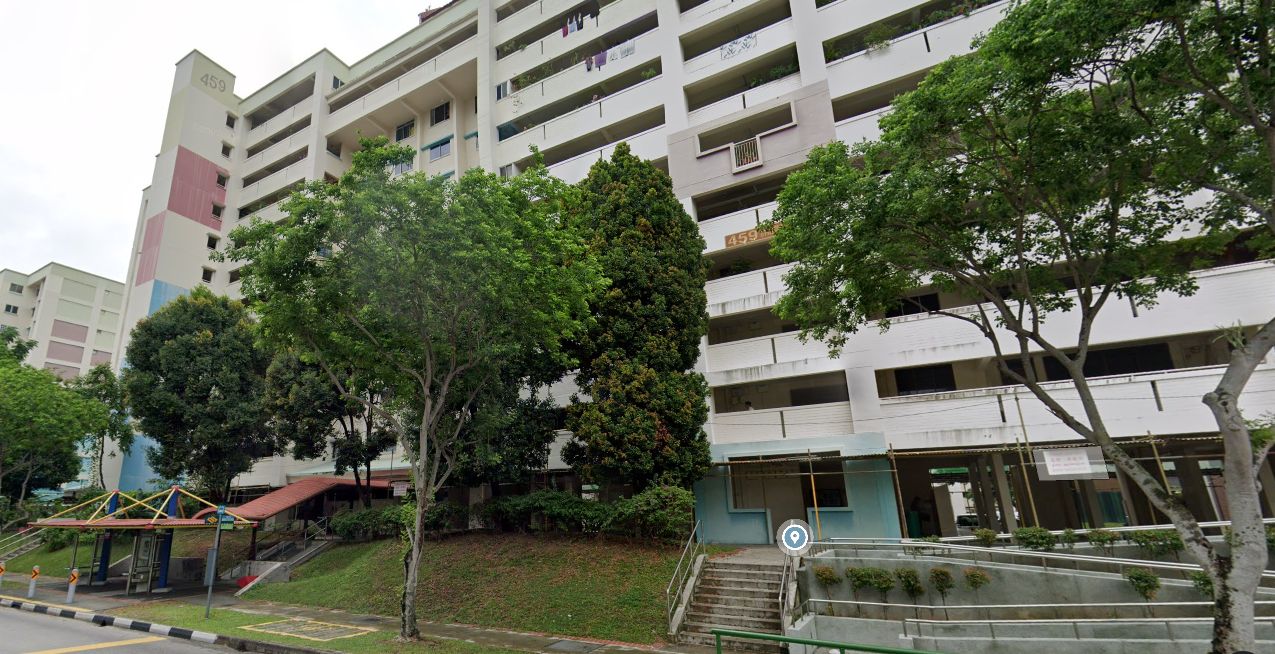 As the police put out the tweet at 7am today, they would have been missing for about 24 hours by the time of writing.

As this is an emergency, police urge members of the public to call 999 if the 2 kids are found.

Hopefully, if the message spreads, someone who saw them might come forward.

We can’t imagine how worried their loved ones must be, but anyone with children of similar ages might be able to relate.

We hope that the 2 children are found safe and well.