Did you drive past CTE on Good Friday?

While many of us celebrated Good Friday, a family in Singapore lost a precious son and brother in a horrific 5-vehicle accident along Central Expressway (CTE) on 19 Apr.

Now, his sister is seeking dashcam footage of the accident for closure.

She posted her appeal on Facebook in a heartwrenching plea for motorists with information to come forward to assist with investigations. 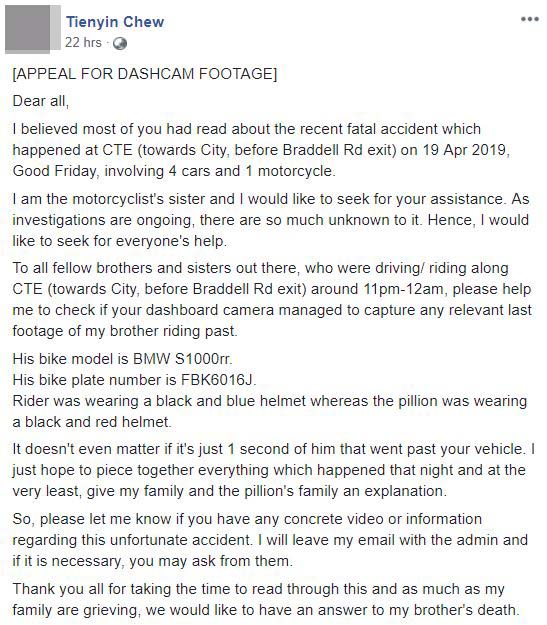 The young male motorcyclist passed away at the scene of the accident due to the severity of his injuries.

Pictures circulating on social media showed how his motorbike was crushed as it was caught in between the cars involved. 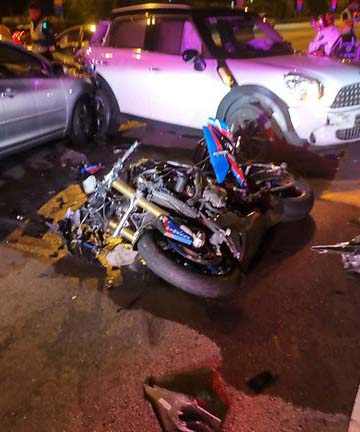 His sister, Ms Chew, posted a picture of the motorbike in better times. She sought the assistance of the public in locating dashcam footage of her brother riding past. 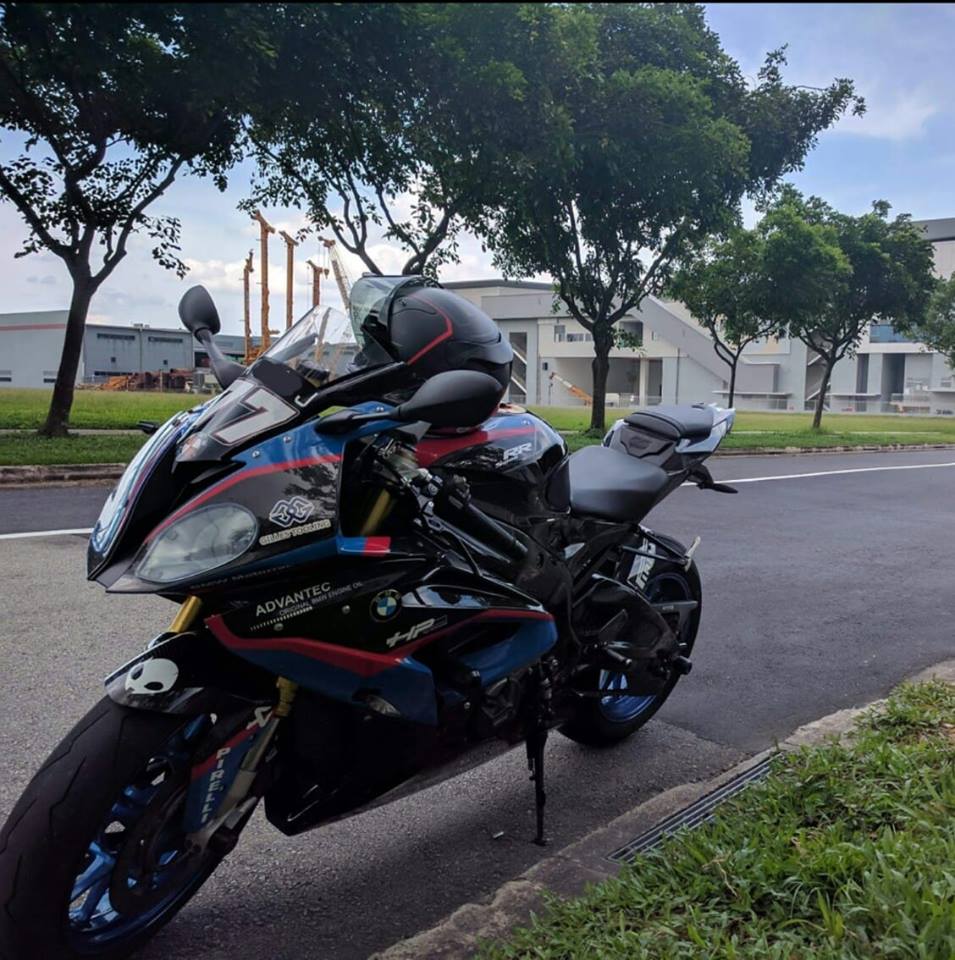 Here’s other vital information she shared:

It doesn’t matter if it’s just 1 second of him that went past your vehicle. I just hope to piece together everything which happened that night. And at the very least, give my family and the pillion’s family an explanation.

She shares that she welcomes any video or information about the accident, and that she’s left her email contact with the admin.

The scope of the accident was so major that 4 lanes were closed along the major expressway at 2am, as the Land Transport Authority asked drivers to avoid lanes 1 to 5.

An arrest has been made

Ms Chew’s brother’s case is now under investigation by the police.

A 31-year-old driver who received treatment at Sengkang General Hospital has been arrested for a “rash act” resulting in death.

Currently, a 22-year-old female that was riding with the victim is receiving treatment at Tan Tock Seng Hospital.

Do reach out if you can help

In the wake of this tragedy, we sincerely hope that Ms Chew and her family can get the answers they need to receive closure on the case.

As this is an ongoing investigation, readers are encouraged to submit their dashcam footage to the police as well.

Our sincere condolences to the victim & his loved ones. May the other drivers involved who are receiving treatment recover ASAP soon too.

Featured image from Facebook and SG.Roads on Telegram via Channel NewsAsia.