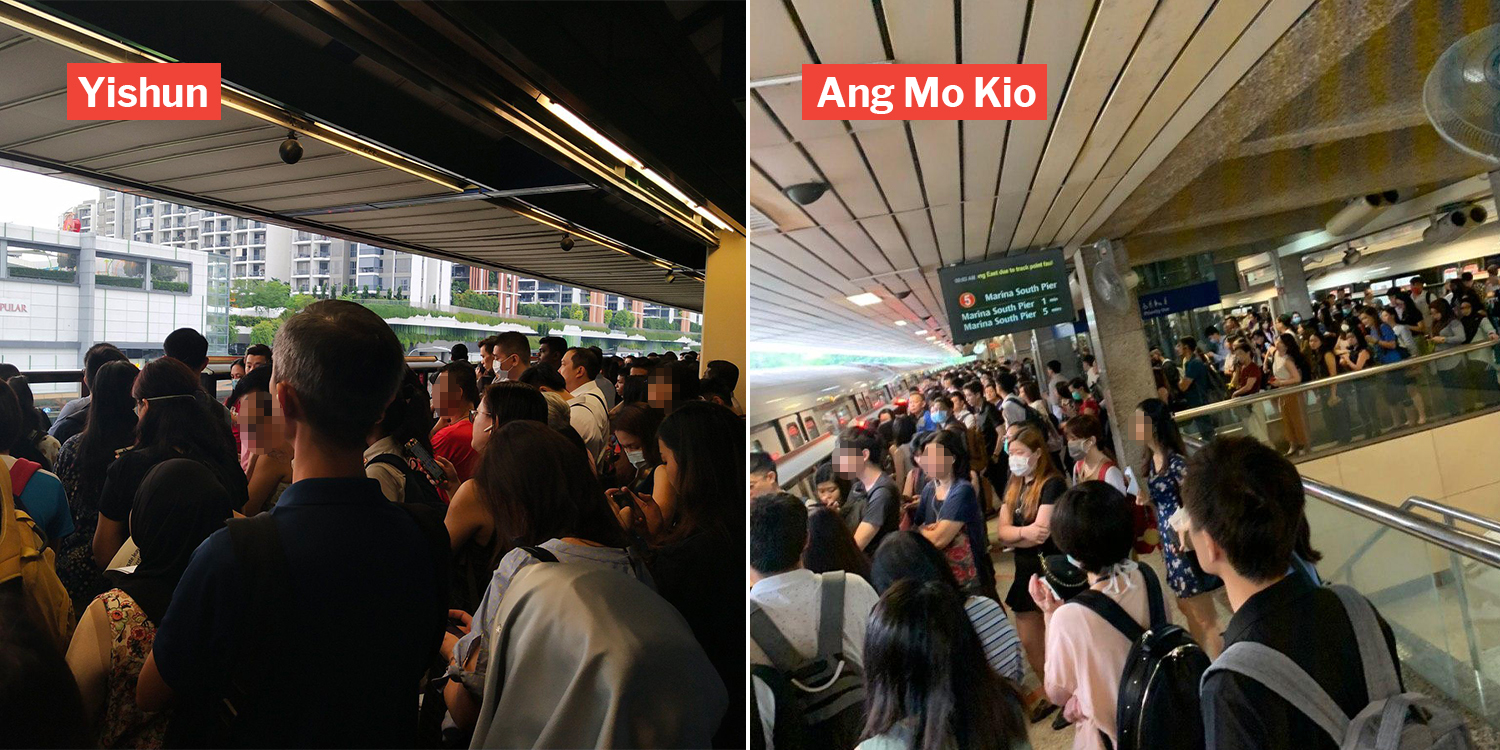 Proof that you had valid reason to be late for work today.

MRT Disrupted Along Bishan To Yishun On 5 Mar Due To Track Fault, Issue Resolved By 9am

The morning of Thursday (5 Mar) saw delays on the SMRT North-South Line between Bishan and Yio Chu Kang towards Jurong East.

At 7.02am, SMRT posted a tweet informing Singaporeans of the delay, caused due to a “track point fault” at Ang Mo Kio.

Of course, nothing gets the blood boiling of Singaporeans more than the train being delayed — angry comments from disgruntled commuters followed.

MRT delays progressively increased over time due to track fault

The tweet at 7.02am wasn’t to be the last, to the dismay of commuters.

While bus services were deployed along the affected stretch, others were stuck inside the stations as the wait time progressively increased. 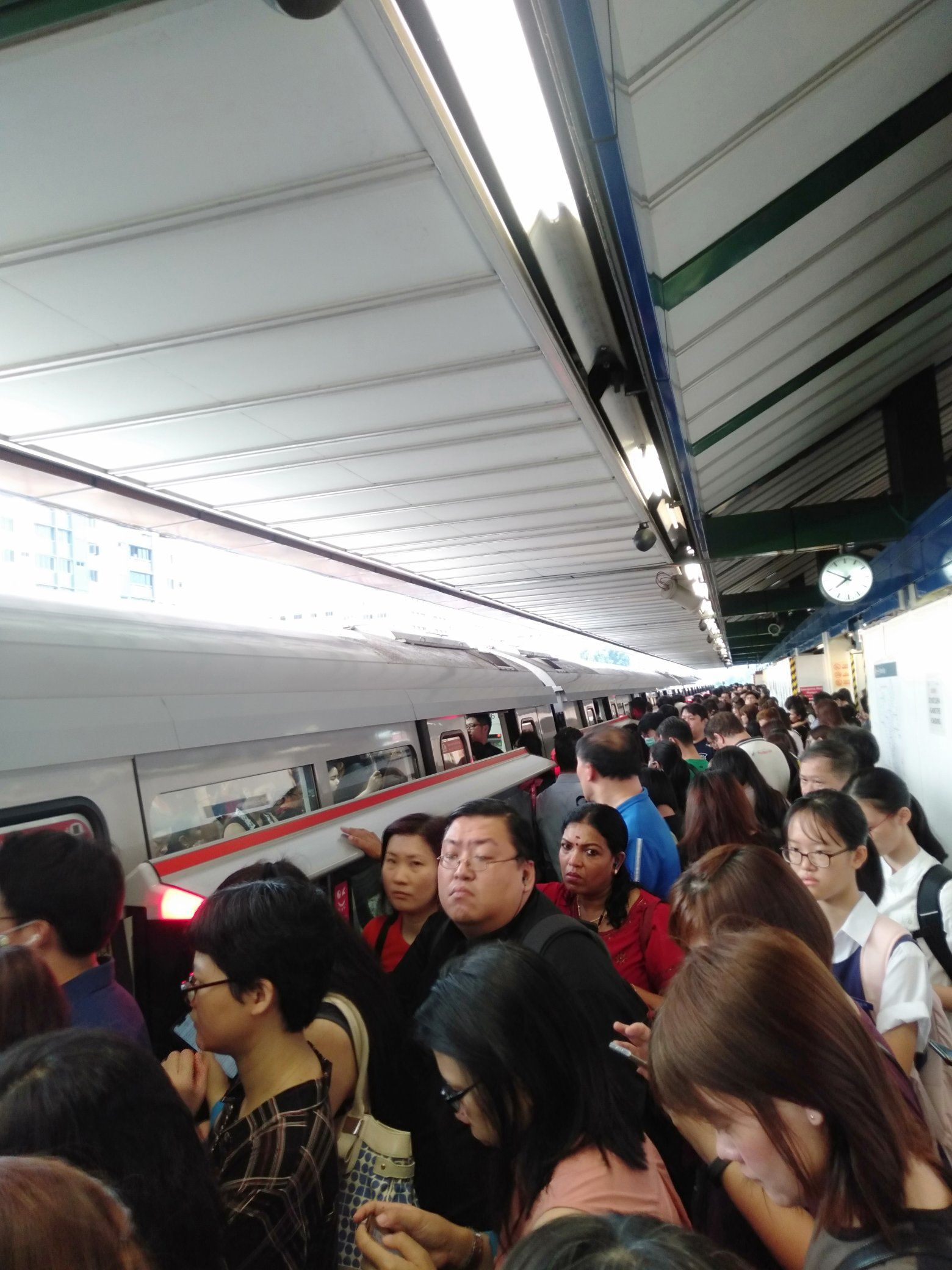 The situation at Khatib MRT station, 7.50am
Source

One commuter complained that he’d watched 6 trains go by without being able to board. 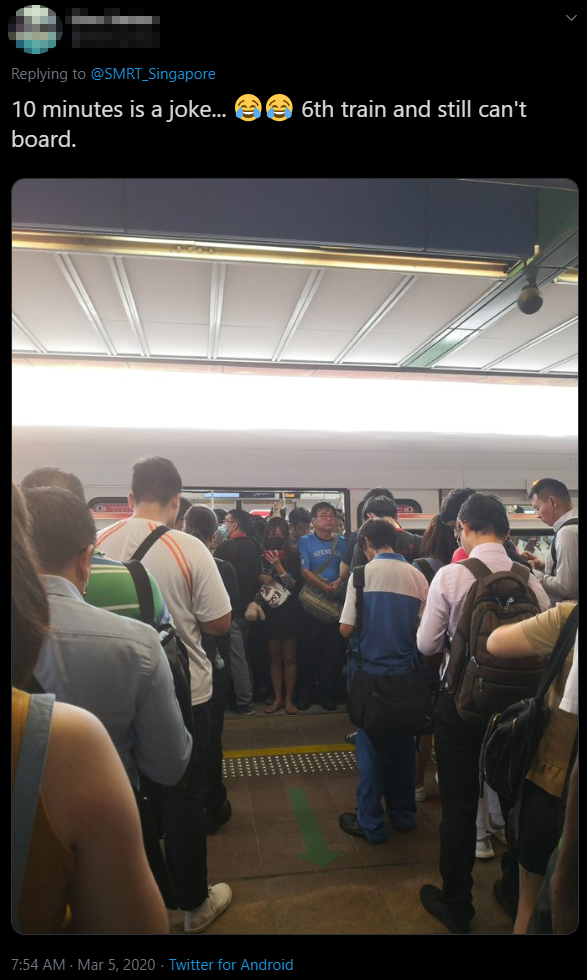 Commuters in Yishun weren’t spared from the delay, either. 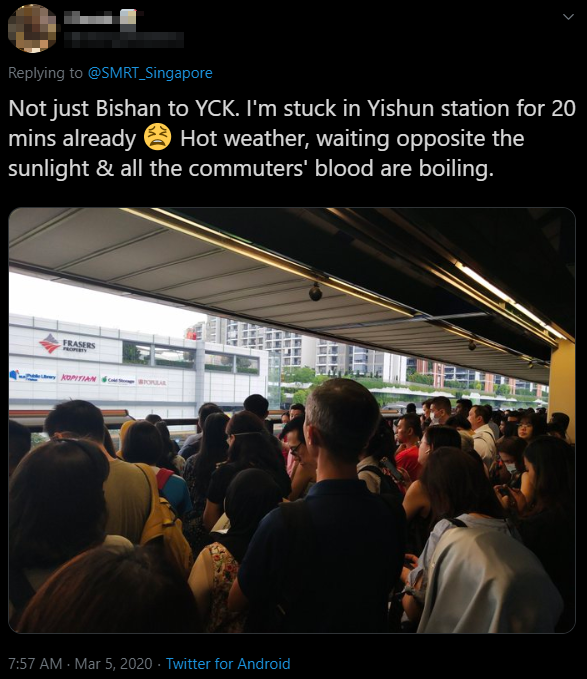 Acknowledging this, SMRT provided free buses between Bishan and Yishun from 8.06am onwards.

By 8.23am, people were being asked to wait 20 minutes – although that’s enough time to get a good talking-to from your boss.

A rainbow after the storm

Finally, after working to resolve the issue, SMRT finally announced that the issue had been fixed at 8.49am:

And at 9.01am, normal service apparently began to resume.

It’s been a difficult situation for everyone involved, and nobody wishes for a disruption during peak hours, including SMRT staff.

All’s well that ends well, and hopefully those stuck in the morning commute weren’t too late in getting to work or school.

If nothing else, you can show them this article as proof that you weren’t late because your alarm didn’t go off.