Some said that Sengkang has a new checkpoint.

The usual early morning rush at MRT stations is no joke, with some people comparing it to that of Japan’s.

On Thursay (27 Feb) morning, Singaporeans living along several North-East Line (NEL) stations met with one of their worst nightmares once again. 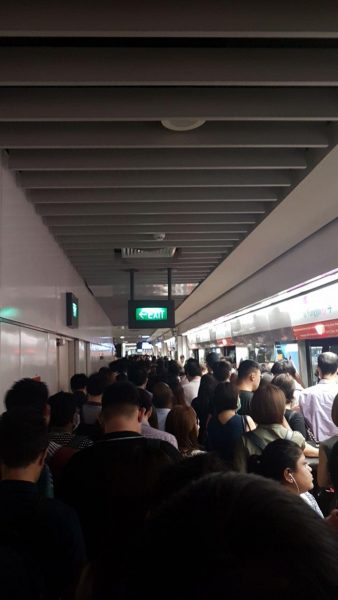 According to The Straits Times, train services between Punggol and Buangkok MRT stations on the NEL were disrupted due to a power fault.

As a result, long queues were seen at the stations. Some even joke that it looks like the queues at immigration checkpoints when you’re going to JB.

Although SBS transit tweeted at 6am that regular train services were available only between Harbourfront and Buangkok MRT stations, many did not manage to receive the news.

This led to very long queues in various stations of the NEL, which led people to start joking about how it looks like a queue to get your passport stamped at “Sengkang Checkpoint”. 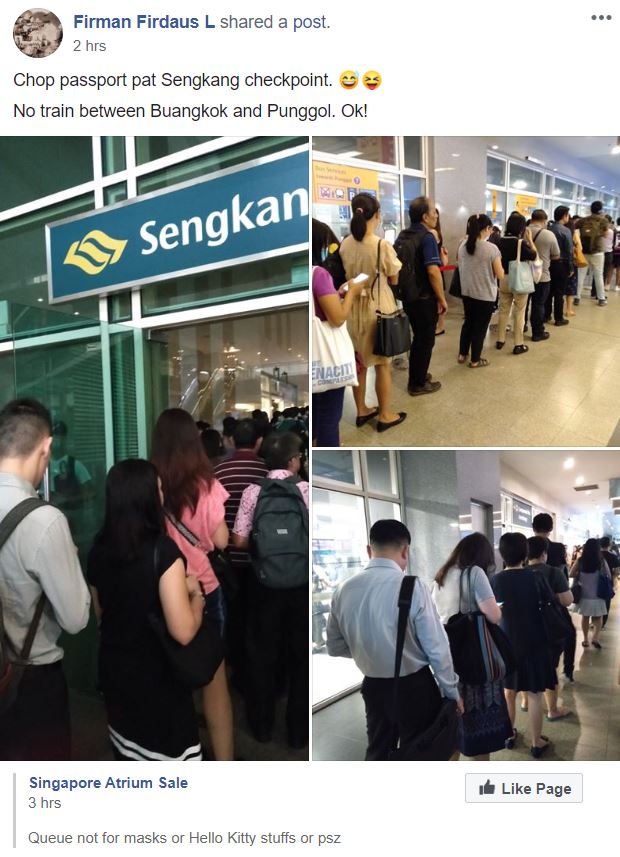 It really does look rather similar to the actual queue at Woodlands Checkpoint, we’d say.

With Singaporeans shocked by the already long queues, the waiting time panel made the panic even worst.

One netizen, who was at Hougang station this morning, was shocked when he saw the waiting time panel indicating 27 minutes more till the next train.

When MS News checked prices on Grab from Punggol to Boon Keng station, the price was an unbelievable $40. This probably explains why there were still so many people willing to wait for the NEL despite the announcements. 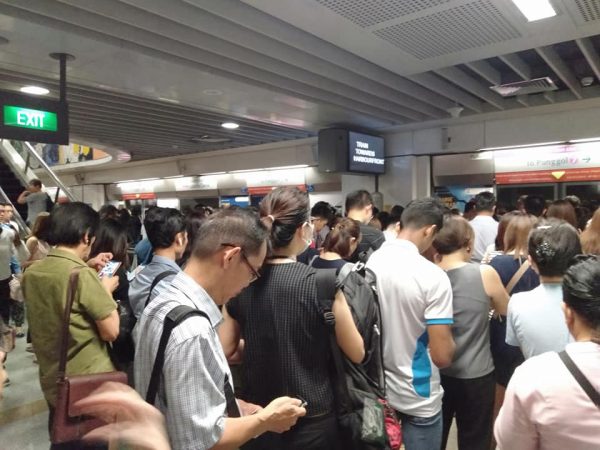 Repair works are currently underway. At 10.35am, SBS Transit tweeted that train services won’t be available between Hougang and Punggol due to this.

To facilitate repair works from about 10.40am, train service will not be available between NE14 Hougang and NE17 Punggol.  Free regular and bridging buses will continue to be available at these four stations.

Free regular and bridging buses will continue to be available at the 4 affected stations.

What happened this morning was undeniably chaotic. But it’s good to know that SBS Transit is rolling out frequent updates on the situation.

They’re doing all they can to rectify the breakdown, let us be patient and understanding during such times.

Let us hope that this will not happen again and that even better services can be provided to help with the morning crowd.