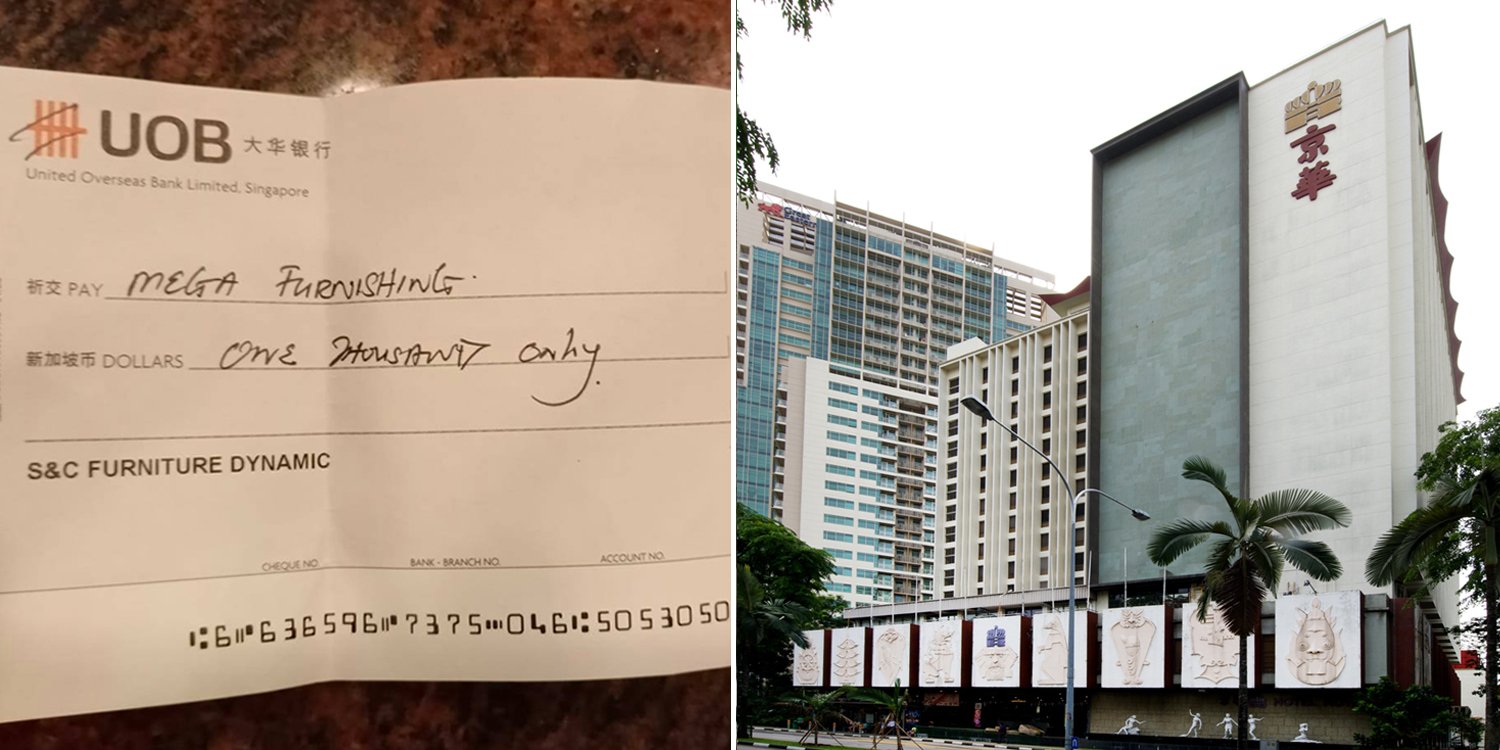 In life, it is not too uncommon for people to lose things once in a while. Sometimes it’s a wallet, a pair of house keys, or even their precious mobile phones.

One particular individual, however, seems to have misplaced a $1,000 cheque at the Hotel Royal along Newton Road. 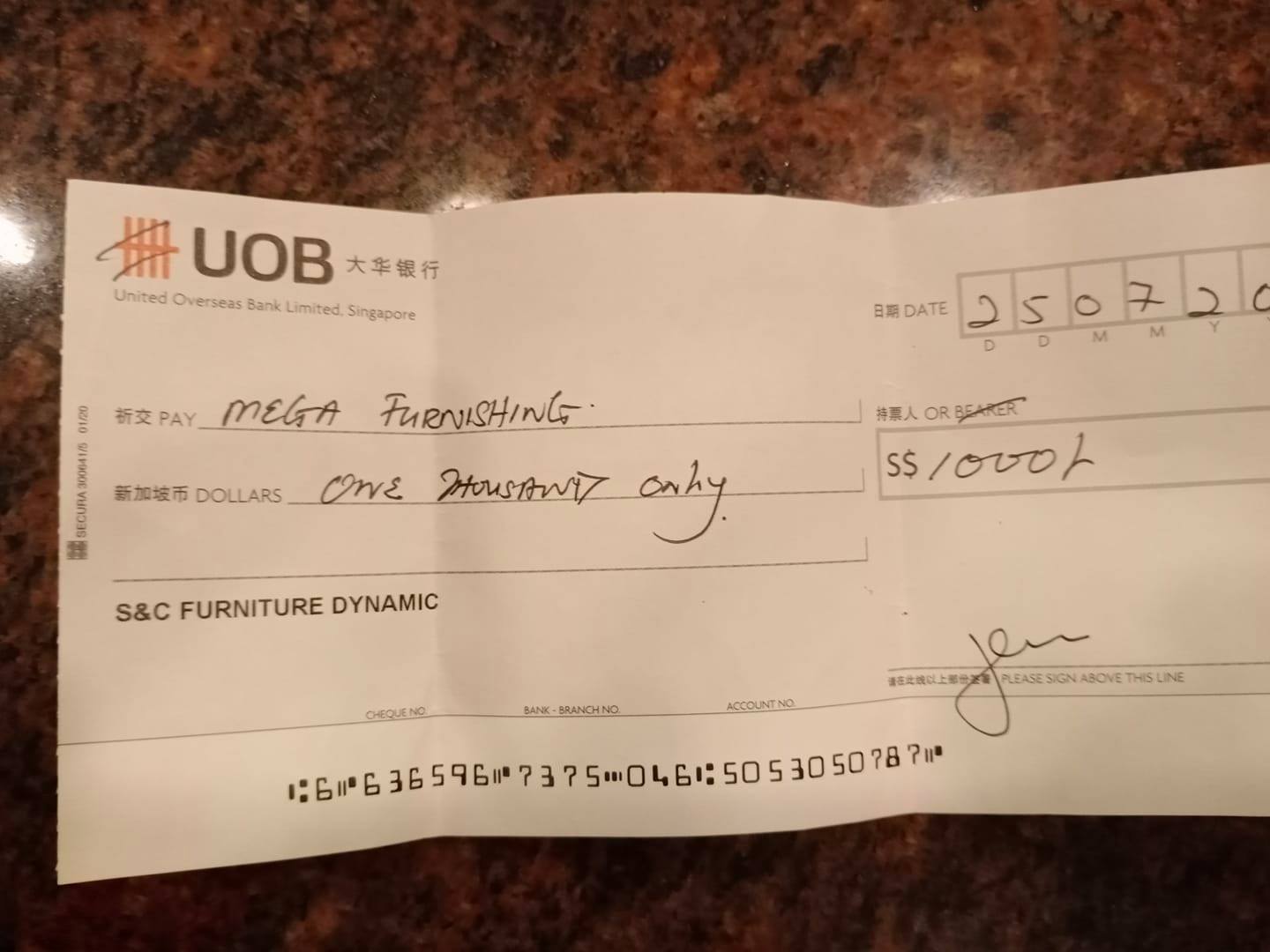 The UOB check was dated on Saturday (25 Jul) and addressed to Mega Furnishings — a furniture store in Toa Payoh.

Not a small sum indeed, one can only surmise the person who issued the cheque was about to get some new furniture for his abode. 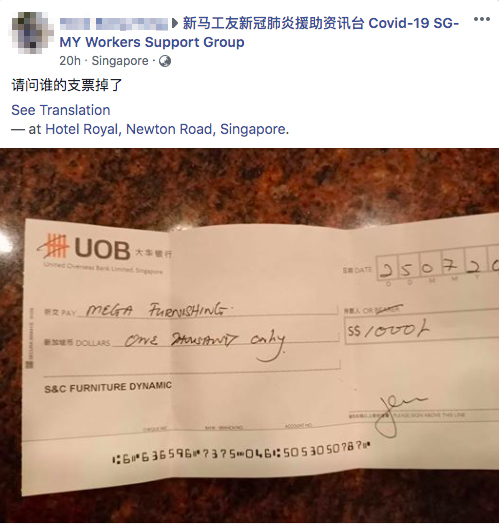 The misplaced bank cheque was however picked up by a kind soul, who posted a Facebook notice on Tuesday (28 Jul) afternoon.

He asked, in Chinese, “May I please ask who dropped this cheque?”, with a location tag of Hotel Royal on Newton Road. 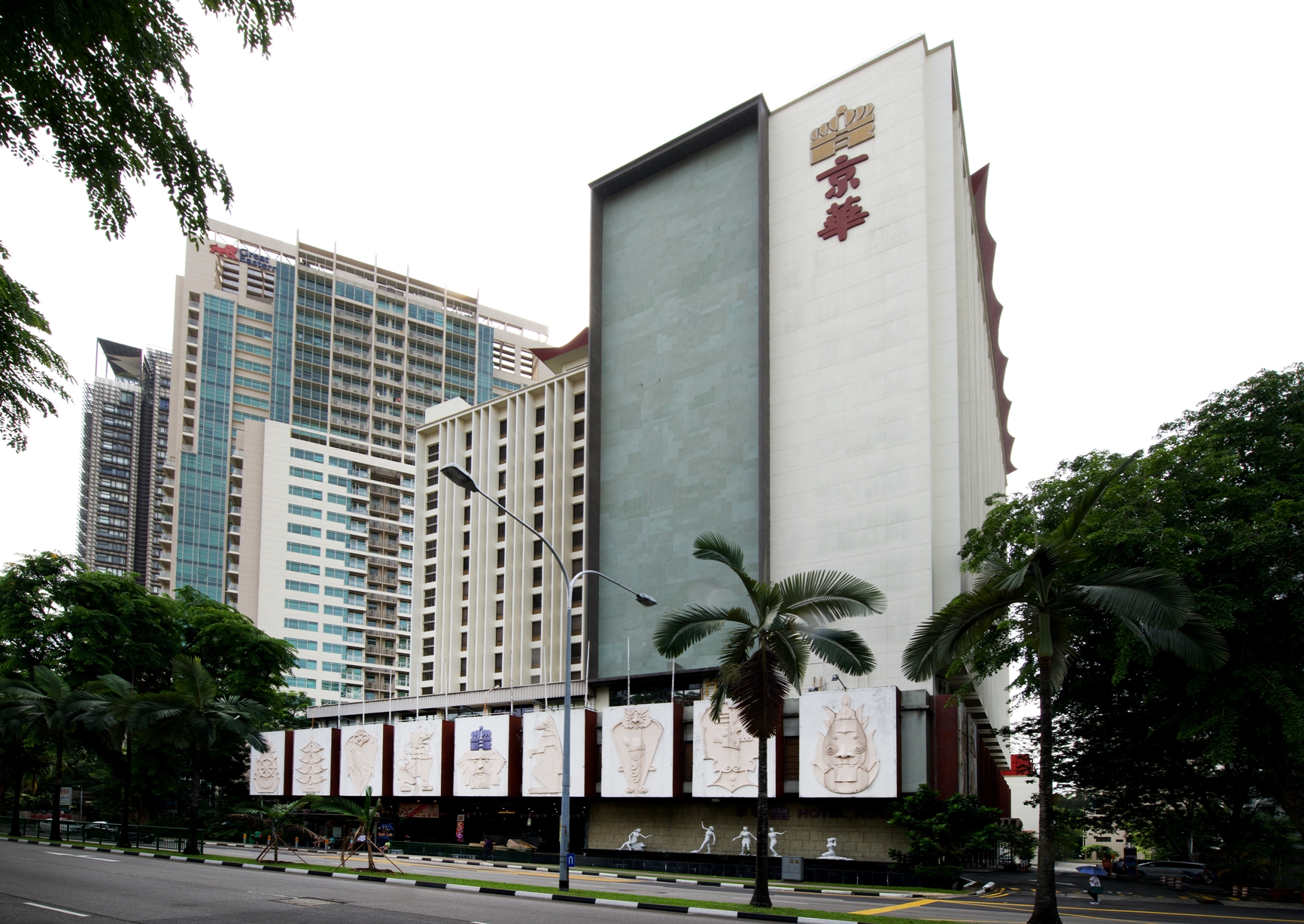 In the comments section, a netizen suggested for him to pass it to the reception, which Mr Teck replied that he had already done so.

It also seems like an unofficial page of the Hotel has changed the Facebook cover picture to that of the missing cheque, signalling pooled efforts to seek out the owner.

Should anyone know the owner of the cheque, they can be directed to the hotel’s front desk to collect it.

A thousand dollar worth of furnishings is not an easy offer to pass up. It is hence a commendable and sweet effort on the part of Mr Teck to turn it in.

We hope the owner gets the cheque back and manages to get his or her thousand-dollar worth of furnishings done!

The Substation To Close For Good In Jul, S’pore Bids Farewell To 30-Year-Old Arts Centre