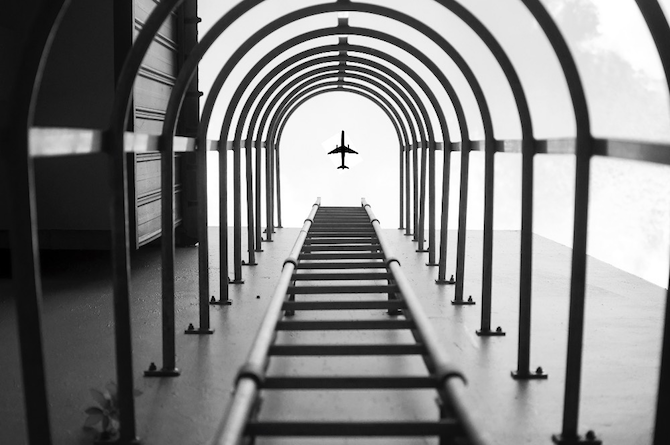 On Friday (Jan 29), Chay Yu Wei submitted a poorly photoshopped photo for the NikonCaptures Photography contest and won himself a trolley bag worth $168. If you see clearly, you can see a white box outlining the plane.

Chay was criticized heavily online for being dishonest which resulted in a lot of hate comments on his Instagram page questioning his integrity and the authenticity of his other photographs.

Did Chay really apologise for his actions?

Nikon apologised for their oversight and carelessness during the selection process.

However, did Chay really apologise? 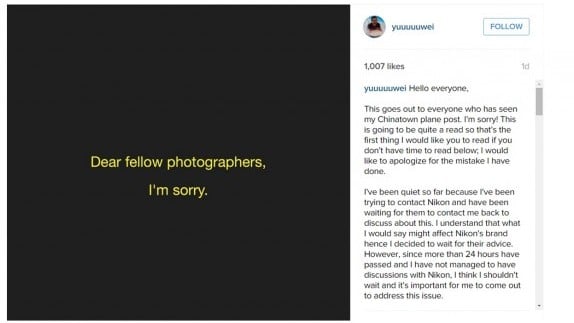 He admitted that he has crossed the line the moment he submitted the photograph with the photo-shopped which he refers to “just for fun” for a photography contest.

However, he fails to apologise for being deceitful.

It was an outright attempt to lie to the public and to the judges at Nikon. Whether or not he used the PicsArt app or Adobe Photoshop, it does not make his lie any less or more than it is.

He said it was not his intention to “bluff anyone” but he lied to Nikon and told the judges that he spotted the plane, “I also shouldn’t have jokingly answered Nikon that I caught the plane in mid-air and should have just clarified that the plane was edited in using PicsArt.”

If Chay was not caught would he have been sorry?

Chay was only apologetic because he was caught and because of all the hate he has received. Even after his apology people on his Instagram were still very unhappy.

Maybe because Chay did not admit to his real mistake and passed of his deceit as a joke gone too far?

People are unhappy with Nikon as well

They were unhappy with how Nikon said it was an “honest mistake” on their part, referring to themselves and Chay. 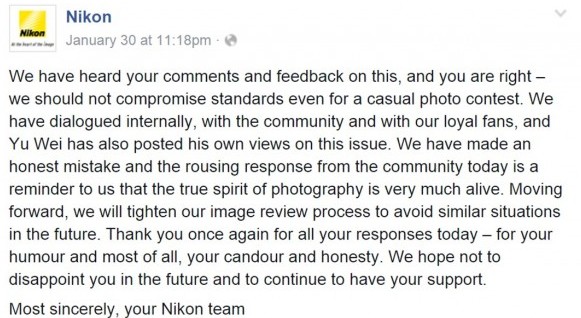 The people on Facebook were enraged because they did not like how Nikon admitted to their mistake and then claiming that it was only a casual contest.

Some users on Facebook did not agree with Nikon that Chay’s mistake was honest at all. 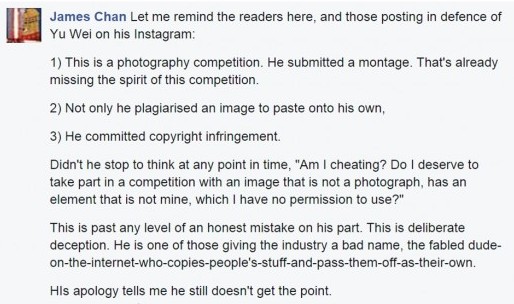 It appears that both Nikon and Chay have not learnt their lesson.

The most important thing to do when one is at fault is to admit that the mistake happened and not push it around and try to soften the mistake.

In this case, Nikon tried to soften the blow by saying it was merely a “casual contest” and Chay tried to mask his lie as a joke.

Nikon had since removed that image from their Facebook page because it is the “right thing” to do, according to Nikon. Chay has also offered to withdraw from the competition. 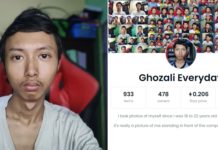 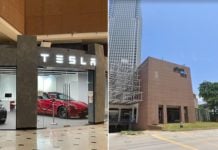