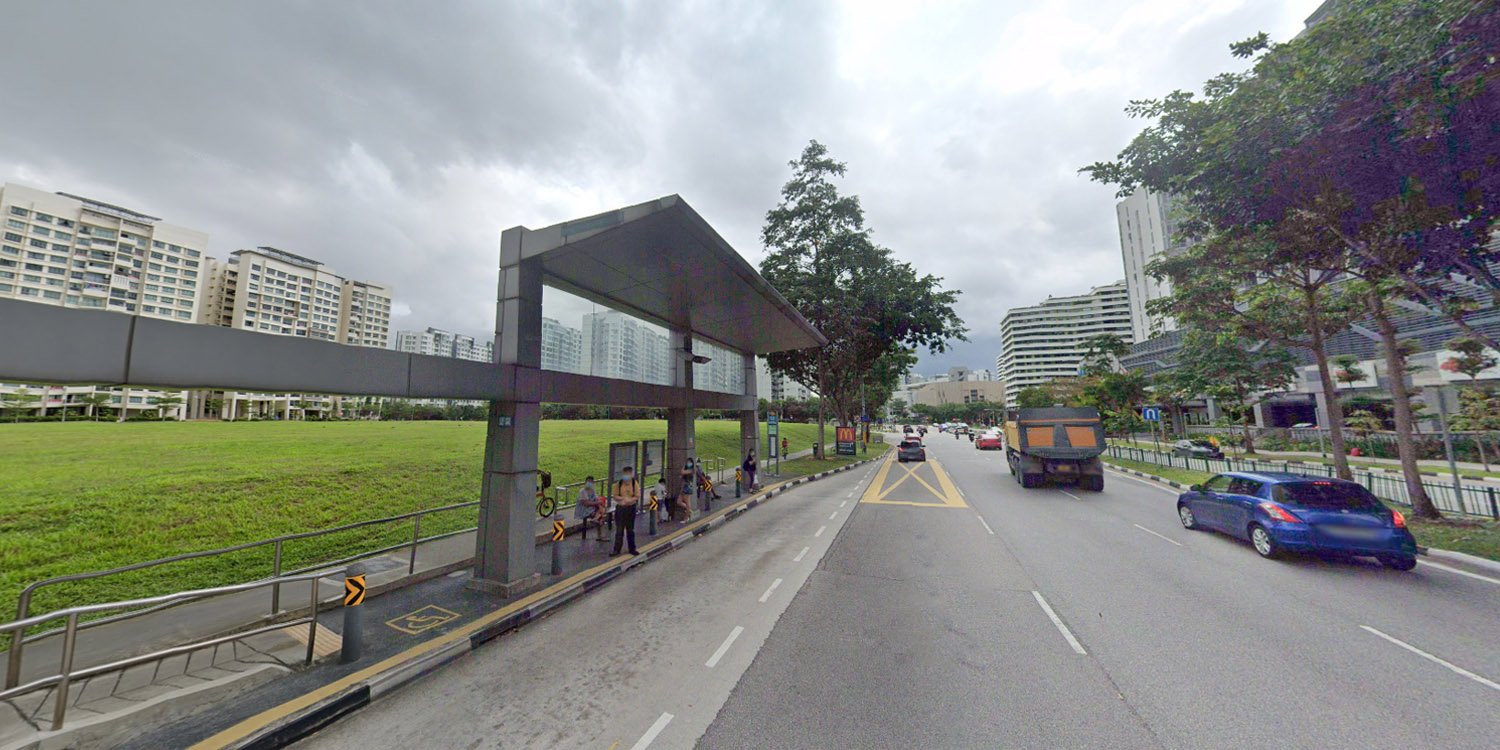 There are many ways to get home here in Singapore, some may grab a taxi to save time or choose the more affordable option of taking public transport.

No matter the mode of transport, commuting between places might seem impossible if one is feeling light-headed.

On Tuesday (31 Aug), a lady almost couldn’t make it home as she felt like fainting at a bus stop in Punggol. 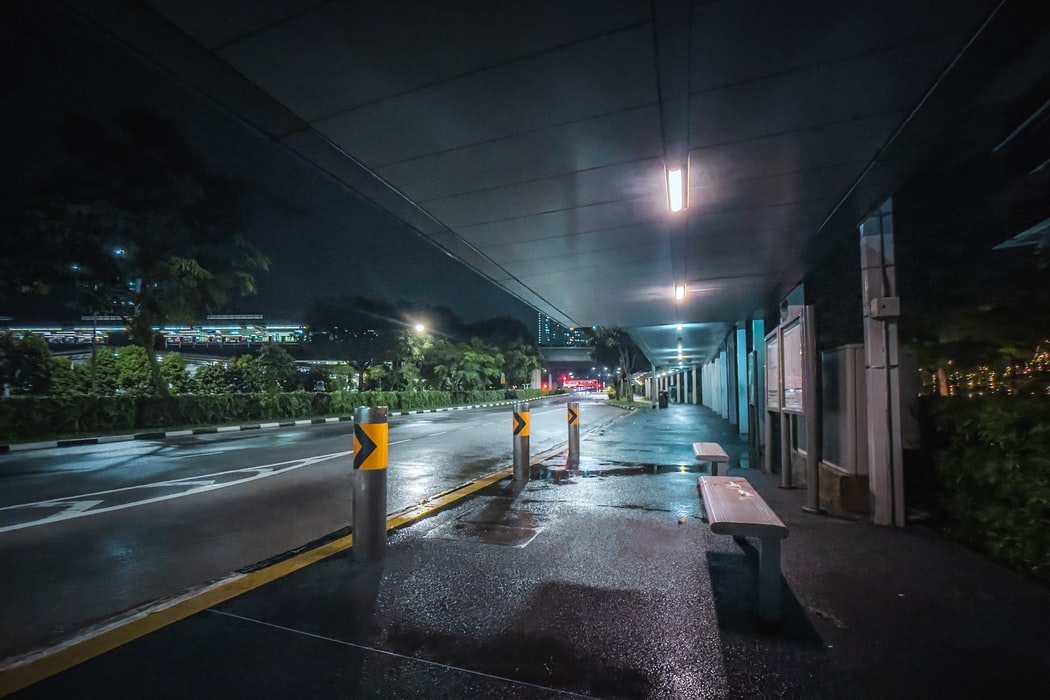 Thankfully, a young man who saw her in distress came over to assist, even calling a cab for her to get home.

The lady’s sister later took to Reddit in hopes of finding the heroic man to extend her thanks and repay him for the cab ride.

Sister of lady looks for young man on Reddit

In a thread on the Singapore subreddit, user u/rarepeppersteak posted a plea on behalf of their friend. 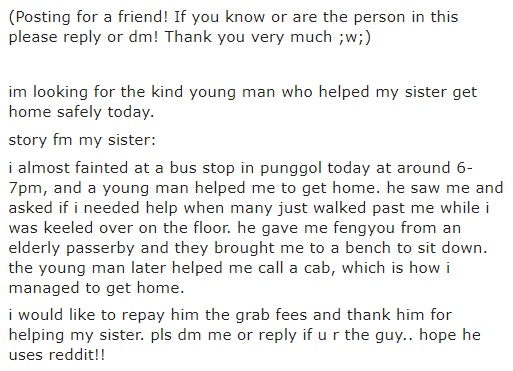 The post seeks a young man who helped their sister in getting home on 31 Aug. The sister was reportedly feeling giddy while waiting at a bus stop in Punggol.

As it was around 6-7pm, there were many passersby around. However, none of them offered to lend a helping hand.

Fortunately, a young man came to her rescue and offered to help the lady get home. While she was kneeling on the floor, the chap asked if she needed any help and even got medicinal oil from an elderly passerby to get her feeling better.

The man and the elderly passerby then brought the lady to a bench to recuperate. Afterwards, the young man called for a taxi on her behalf.

After hearing of the recount from their sister, they wrote the post in hopes of finding the young man and repay him for the taxi fare.

Hopefully inspires others to do good

It’s heartening to know that there are good Samaritans out there willing to go above and beyond for a stranger in need.

While we hope the young man gets his recognition, we hope the gesture also inspires others to do good.

It doesn’t always have to be a grand gesture, small acts of kindness can also go a long way.