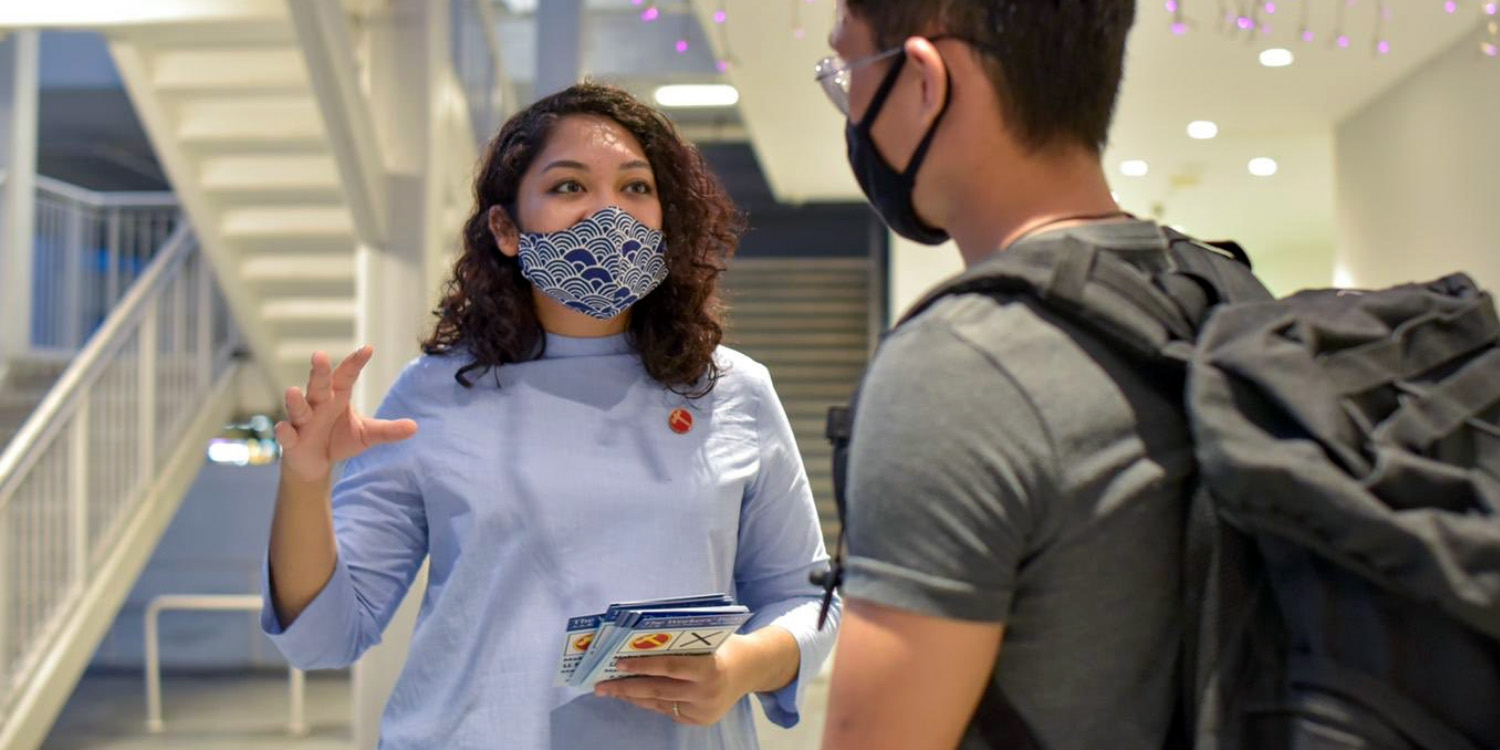 Police have concluded their investigations.

Workers’ Party MP Raeesah Khan was the subject of controversy leading up to General Elections 2020, over comments she made on social media.

2 police reports have also been lodged against her over the matter. According to Channel NewsAsia (CNA), 2 police reports were lodged on 4 & 5 Jul over social media posts that Ms Khan had made.

The comments were reportedly posted on 17 May this year and on 2 Feb 2018. Here are the posts in question: 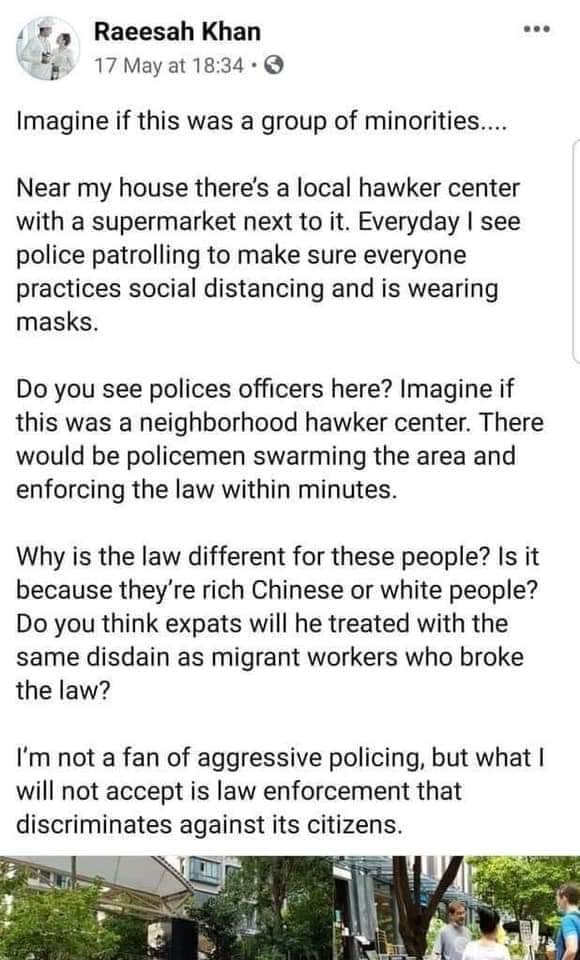 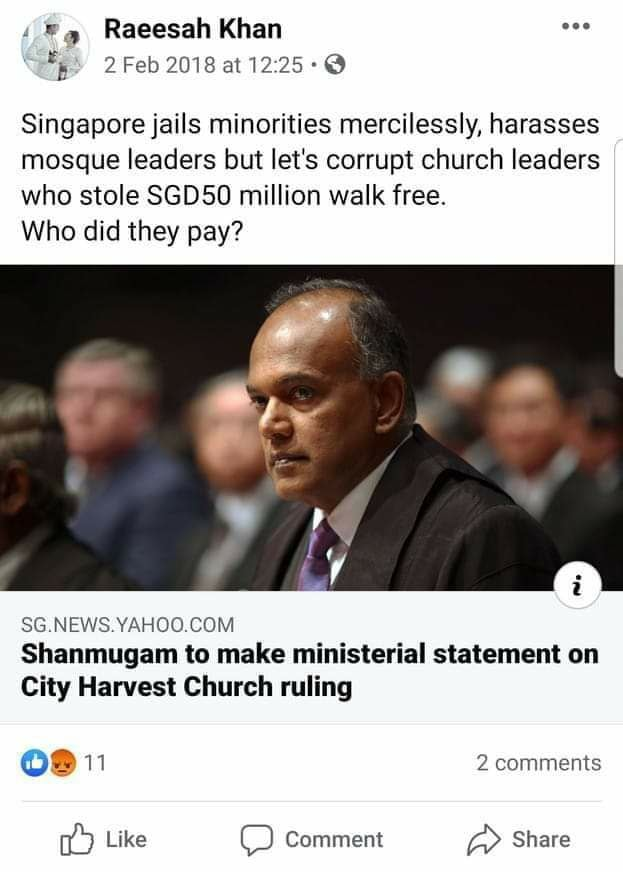 In her more recent post, Ms Khan claimed that enforcement agencies had acted in a discriminatory manner, and that “rich Chinese and white people” were accorded different treatments under the law.

Sharing an article relating to the City Harvest Church saga, Ms Khan commented in her 2018 post that “corrupt church leaders” were allowed to walk free while minorities and mosque leaders get jailed and harrassed respectively.

After consulting with the Attorney-General’s Chambers, the police has decided to issue a stern warning to Ms Khan.

The warning was also issued for Ms Khan’s 2018 post which reportedly scandalised the court.

Ms Khan had previously apologised for her “insensitive” comments after coming under heavy scrutiny by members of the public.

Despite the contraversy, WP Chief Pritam Singh annouced that Ms Khan would still contest in the elections but that the party would review the matter afterwards.

Ms Khan was elected into Parliament just days after the police reports were lodged, as a representative of Sengkang GRC.

Thoughts on the verdict?

We’re heartend that the police took time to investigate the case instead of doing so in a hastened manner.

That said, what are your thoughts on the verdict? Share them in the comments.