Sweat, mud, Febreze — these are some things that come to mind when one talks about Basic Military Training (BMT) on Pulau Tekong. 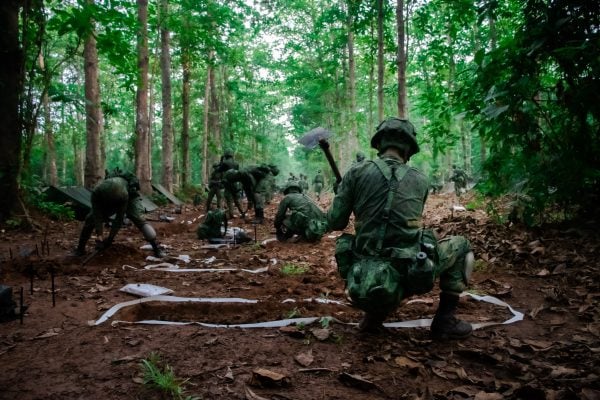 But despite all the gruelling training, there was something which every recruit looked forward to — Western food on Wednesday. 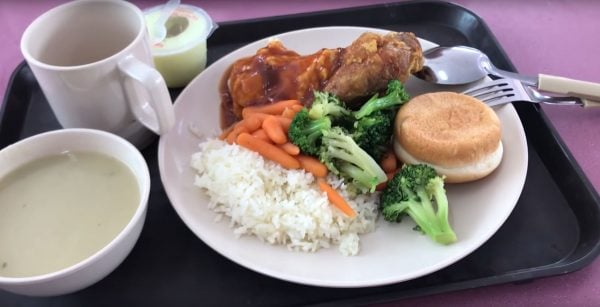 Visually, this might look like just a meh plate of food, but on Tekong, this is nothing short of a godsend. 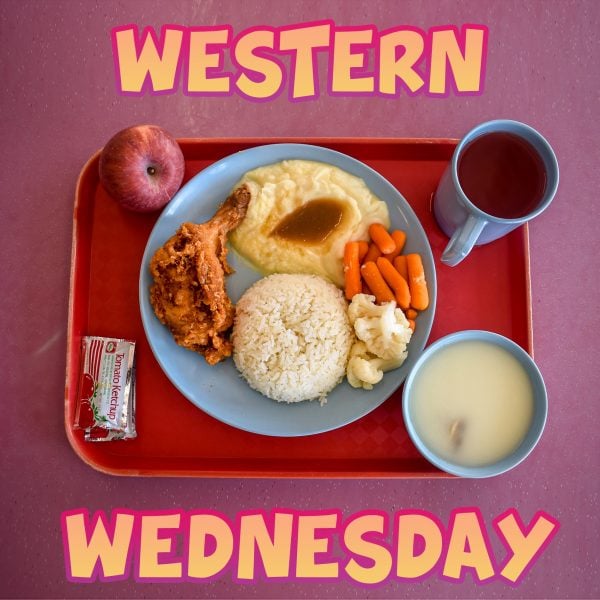 Interestingly, the photo has since gone viral with over 3,000 shares. Many netizens also left comments reminiscing their days with the Singapore Armed Forces (SAF).

There’s really nothing ‘extra’ with the picture. What you see is what you get — which sort of makes its virality surprising.

The main highlight of the plate is, without doubt, the thicc piece of chicken thigh, deep-fried to perfection. 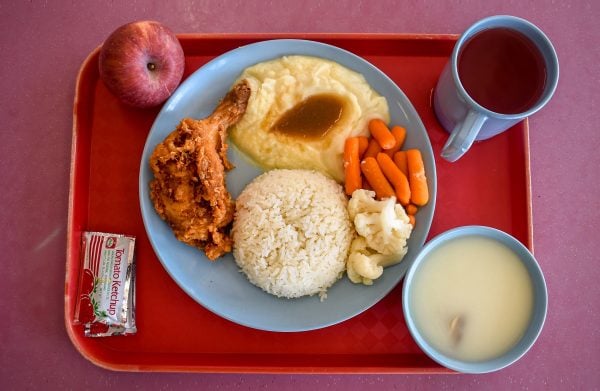 For carbs, there’s a generous serving of buttered rice, and if that’s still not enough, there’s an even bigger lump of mashed potato drizzled with some brown sauce.

Where are the greens, you ask? Well, there technically are no greens.

Instead, there are steamed baby carrots – which still have their sweet juices intact –  and cauliflowers, which are crunchy to the bite.

If the entree isn’t substantial enough, there’s also a bowl of creamy mushroom soup, but missing were the buns we would normally dunk into it.

A cup of what appears to be grape cordial drink to wash all the heavy meal down sits in the corner of the tray.

Imagine enjoying that hearty meal after an exhausting round of training — that’s if your Sergeant isn’t already breathing down your neck asking you to finish your food.

NSmen sentimental after seeing the picture

If the picture has unlocked the box of SAF memories tucked away in a corner of your brain, you’re not alone.

Within a day of posting, the seemingly simple photo garnered more than 3,000 shares and 650 comments, many of which seem to be NSmen tagging their army mates.

For this netizen, presumably an NSman, the picture brought back fond memories of queuing in Number 4 uniforms in the cookhouse.

Another netizen claims Western Wednesday meals are the best meals one can ever get in BMT.

One netizen couldn’t help but point out the missing bun and ice cream, which normally come with the Western Wednesday meal.

While most of us would dread our time in BMT, treats like this kept us going, and preserved our sanity.

Little reminders like this will surely make us recall the fond memories shared with the comrades who stuck with us through the tough times.

If you’ve lost touch with your army mates, share this with them, and take the opportunity to catch up on lost time.

For those still serving NS, thank you for keeping our country safe, and may your quest to reunite with your pink IC be smooth-sailing.